Interesting facts about the Gateway Arch

Built as a monument to the westward expansion of the United States, it is the centerpiece of the Jefferson National Expansion Memorial and has become an internationally famous symbol of St. Louis.

In 1947, the Jefferson National Expansion Memorial Association conducted a contest to create a structure that would commemorate Thomas Jefferson and those settlers’ expansion into western America. Renowned Finnish-American architect Eero Saarinen won the contest with his concept of a stainless steel arch.

The geometric form of the structure was set by mathematical equations provided to Saarinen by Hannskarl Bandel. 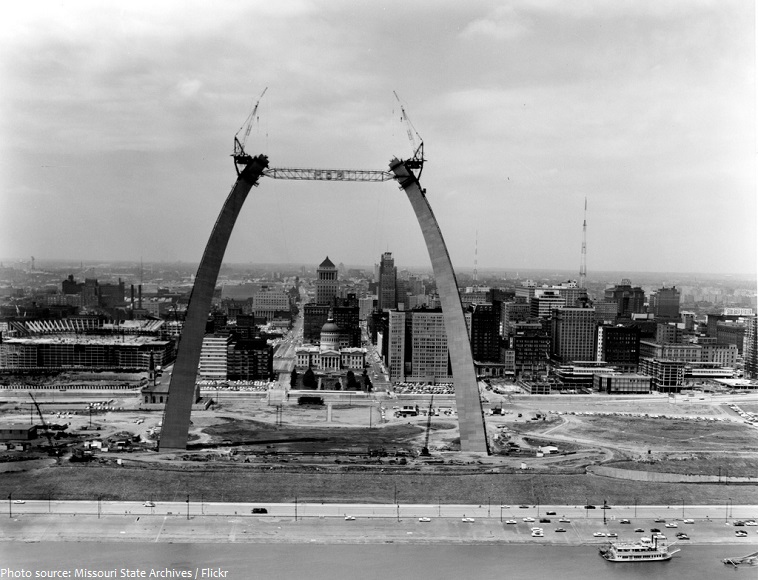 The cost of the monument was reported to be right around $13 million which is the equivalent of $190 million today.

Despite the optical illusion, the Gateway Arch is exactly as wide (192 meters / 630 feet) as it is tall. 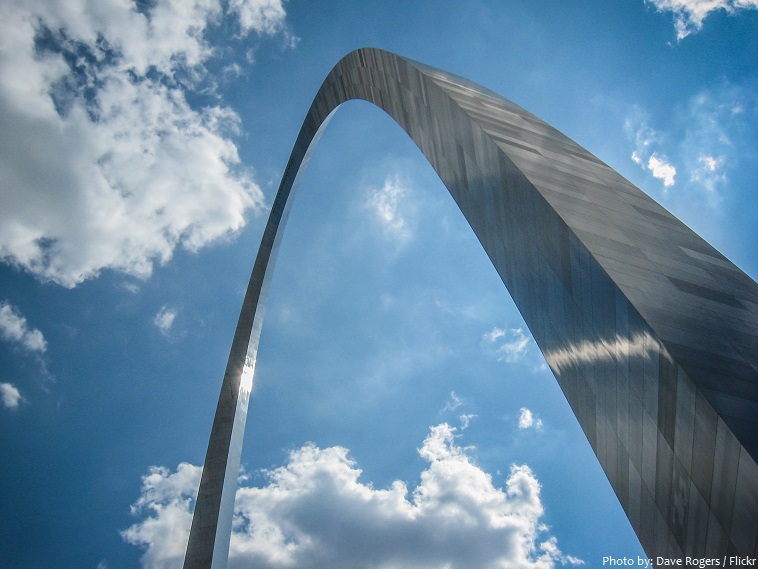 The primary construction materials used to build the Gateway Arch were steel and concrete. The outside skin consists of stainless steel.

The Arch has foundations sunk 18 meters (60 feet) into the ground. 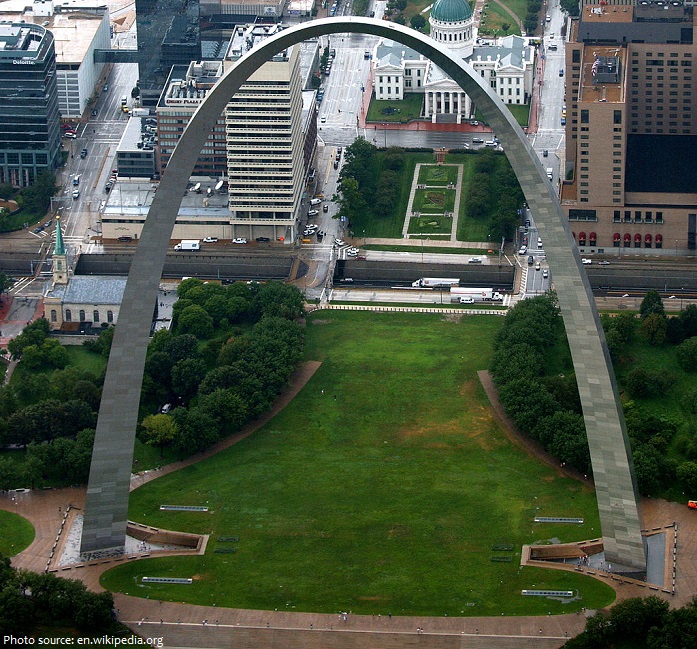 It was built to withstand earthquakes and high winds.

The arch is hollow to accommodate a unique tram system that takes visitors to an observation deck at the top.

There is a tram with 8 capsules on each leg of the arch. Each capsule holds 5 passengers. The trip to the top takes four minutes, and the trip down takes three minutes. 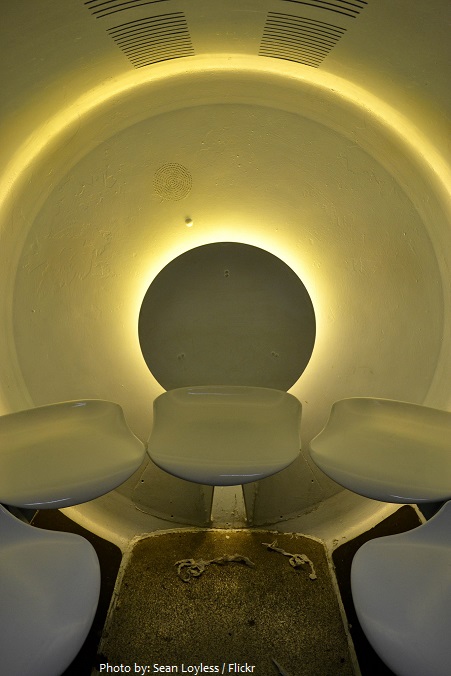 There are 3 modes of transportation up the arch: two sets of 1,076-step emergency stairs, a 12-passenger elevator to the 113 meters (372-foot) height, and a tram in each leg.

Near the top of the Arch, passengers exit the tram compartment and climb a slight grade to enter the observation area. This arched deck, which is over 20 meters (65 feet) long and 2.1 meters (7 feet) wide, can hold up to about 160 people. Sixteen windows per side, each measuring 18 by 69 centimeters (7 by 27 inches), offer views up to 48 kilometers (30 miles) to the east across the Mississippi River and southern Illinois with its prominent Mississippian culture mounds at Cahokia Mounds and to the west over the city of St. Louis and St. Louis County beyond. 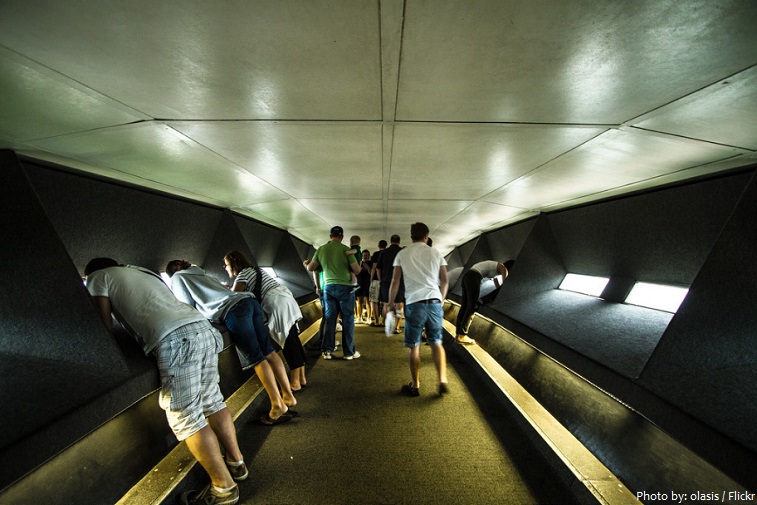 Since November 2001, the arch has been bathed in white light between 10 p.m. and 1 a.m. via a system of floodlights. Designed by Randy Burkett, it comprises 44 lighting fixtures situated in four pits just below ground level. 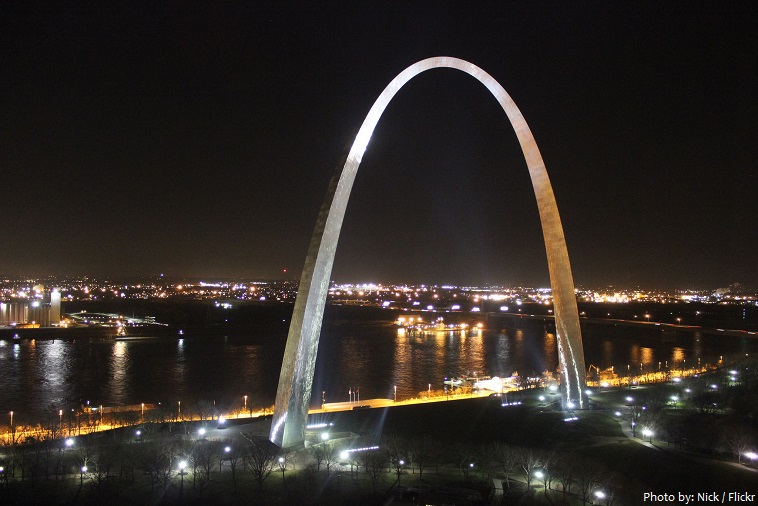 The Gateway Arch is one of the most visited tourist attractions in the world with over four million visitors annually, of which around one million travel to the top.

The arch was listed as a National Historic Landmark on June 2, 1987, and is also listed on the National Register of Historic Places. 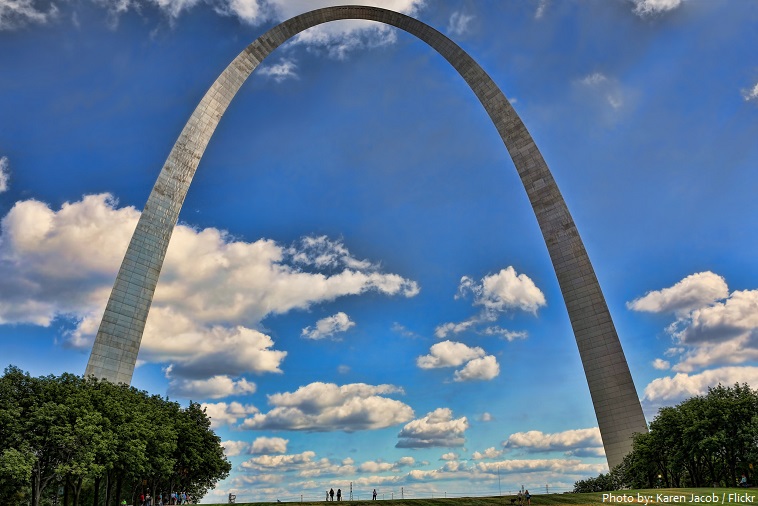 On June 16, 1965, the Federal Aviation Administration cautioned that aviators who flew through the arch would be fined and their licenses revoked. At least ten pilots have disobeyed this order, beginning on June 22, 1966.

In 1973, Nikki Caplan was granted an FAA exception to fly a hot air balloon between the arch’s legs as part of the Great Forest Park Balloon Race. During the flight, on which the St. Louis park director was a passenger, the balloon hit the arch and plummeted 70 feet before recovering.

In 1976, a U.S. Army exhibition skydiving team was permitted to fly through the arch as part of Fourth of July festivities; and since then, numerous skydiving exhibition teams have legally jumped onto the Arch grounds, after having flown their parachutes through the legs of the Arch.

On September 14, 1992, 25-year-old John C. Vincent climbed to the top of the Gateway Arch using suction cups and proceeded to parachute back to the ground. He was later charged with two misdemeanors: climbing a national monument and parachuting in a national park.