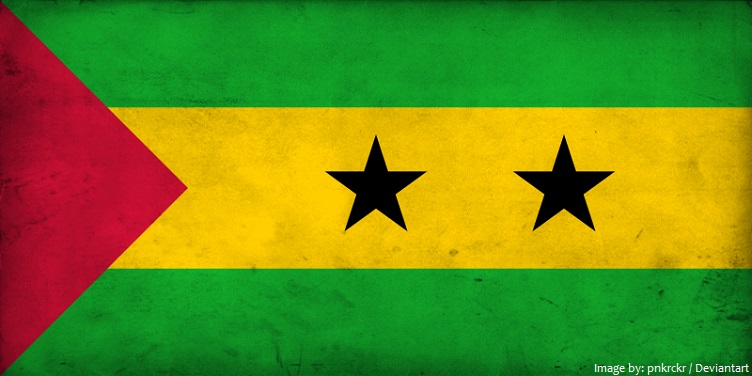 São Tomé and Príncipe is located in the Gulf of Guinea, off the western equatorial coast of Central
Africa.

The official name of the country is the Democratic Republic of São Tomé and Príncipe.

It consists of two archipelagos around the two main islands: São Tomé and Príncipe, located about 140 kilometers (87 miles) apart and about 250 and 225 kilometers (155 and 140 miles), respectively, off the northwestern coast of Gabon.

It is the 172nd largest country in the world in terms of land area with 964 square kilometers (372 square miles). It is the second smallest country in Africa.

São Tomé is the capital and largest city of São Tomé and Príncipe. Surrounded by palm-fringed beaches, untouched jungles and crystal clear waters, the city has easy-going atmosphere. The Portuguese founded the city in 1485, and São Tomé still retains much of that flavor.

São Tomé Island, at 854 square kilometers is the largest island of São Tomé and Príncipe and is home to about 96% of the nation’s population. It is about 48 kilometres (30 miles) long (North-South) by 32 kilometres (20 miles) wide (east-west).

Both islands are part of the Cameroon volcanic mountain line, which also includes the islands of Annobón to the southwest, Bioko to the northeast (both part of Equatorial Guinea), and Mount Cameroon on the coast of Gulf of Guinea.

Rivers flow from the mountains, and meander through forests on their way to the sea.

The Obô, an Atlantic rain forest of high altitude, covers about 30 percent of the country and is crossed by rivers and waterfalls.

The coastline of the islands total 209 kilometers (130 miles) in length.

São Tomé and Príncipe has many beautiful beaches.

On the south edge of the São Tomé Island you will find Praia Jalé, a relatively safe beach. Behold the wonder as giant sea turtles climb up in the morning hours to lay their eggs in the sand. You can spend the night on the beach in small huts without electricity.

There is hardly a shoreline quieter and perfect for a-relax-and-reflect getaway spot than Banana Beach on the island of Principe. Its clear, shallow waters, forest-fringed edges and, quite likely, no other tourist in sight character are as inspiring as they are energizing. 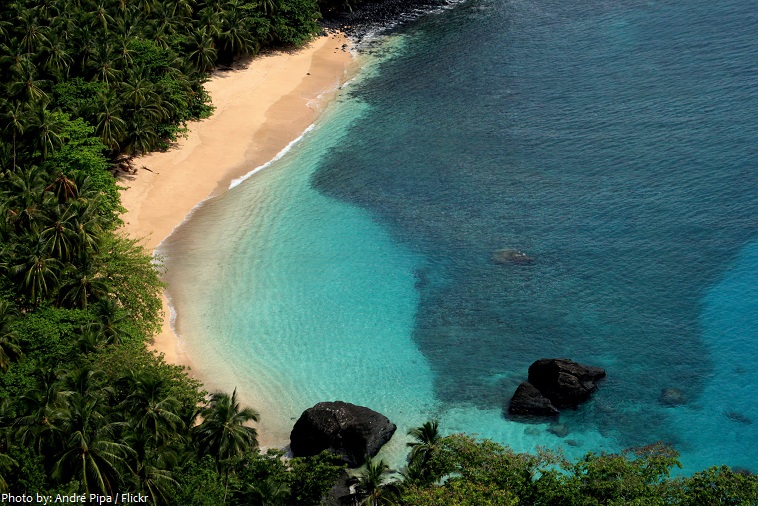 Protected areas in São Tomé and Príncipe covers about 29% of the national territory. It is made up of 2 natural parks and 2 buffer Zone. 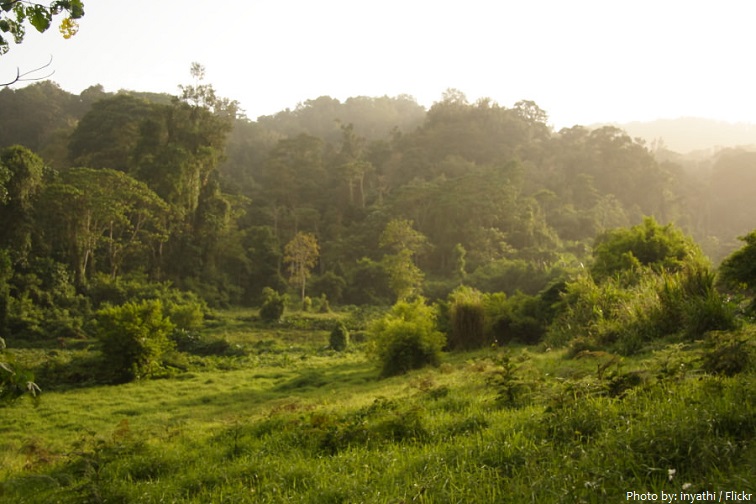 The Pico Cão Grande is a landmark needle-shaped volcanic plug peak in the south of São Tomé Island in Obo National Park. It rises dramatically over 370 meters (1,000 feet) above the surrounding terrain and the summit is 668 meters (2,175 feet) above sea level. The volcanic plug was formed by magma solidifying in the vent of an active volcano. The volcanic mountain range of which it once formed a part is now extinct.

Located a few kilometers into the mountains, Cascata Sao Nicolau (Saint Nikolaus waterfall) is a sight to behold. This lovely waterfall is a wonder as it appears to gush right out of the wall of the jungle. 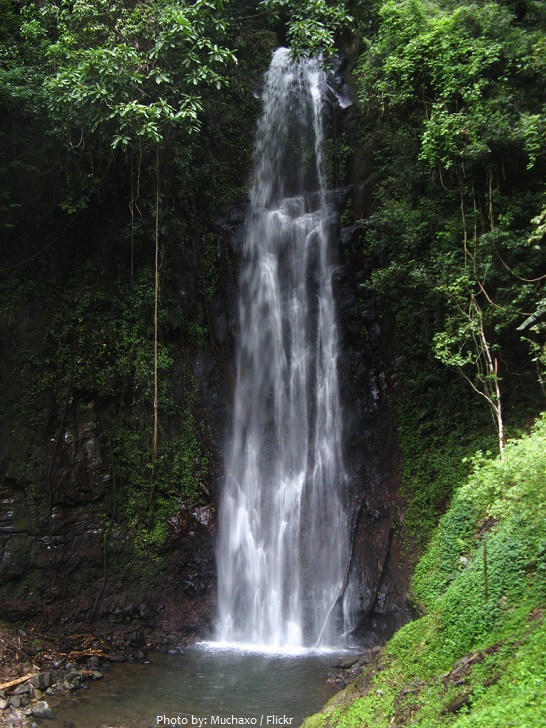 São Sebastião Museum is a museum and fort in the city of São Tomé. It contains religious art and colonial-era artifacts. The museum was opened on July 11, 1976, one of the first in the nation. The fort was first built in 1575 and was the first fort in the island of São Tomé.

The Our Lady of Grace Cathedral also called Cathedral of São Tomé is a Roman Catholic cathedral, located in the city of São Tomé. The original church of Our Lady of Grace, probably dates from the fifteenth century. The building was renovated several times. The last modification was made in 1956 and significantly altered the main facade. 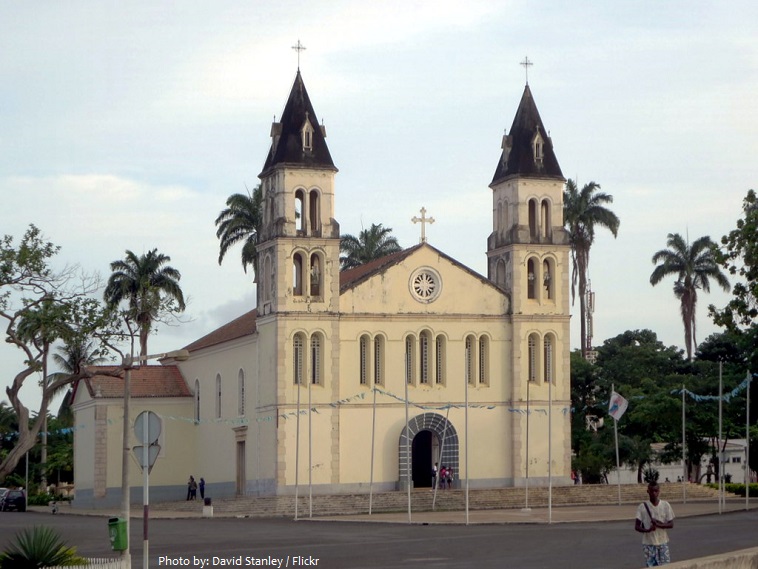 The islands were uninhabited at the time of the arrival of the Portuguese sometime between 1469 and 1471.

São Tomé and Príncipe were taken over and administered by the Portuguese crown in 1522 and 1573, respectively.

Gradually colonized and settled by the Portuguese throughout the 16th century, they collectively served as a vital commercial and trade center for the Atlantic slave trade.

The rich volcanic soil and close proximity to the equator made São Tomé and Príncipe ideal for sugar cultivation, followed later by cash crops such as coffee and cocoa; the lucrative plantation economy was heavily dependent upon imported African slaves.

Cycles of social unrest and economic instability throughout the 19th and 20th centuries culminated in peaceful independence in 1975. 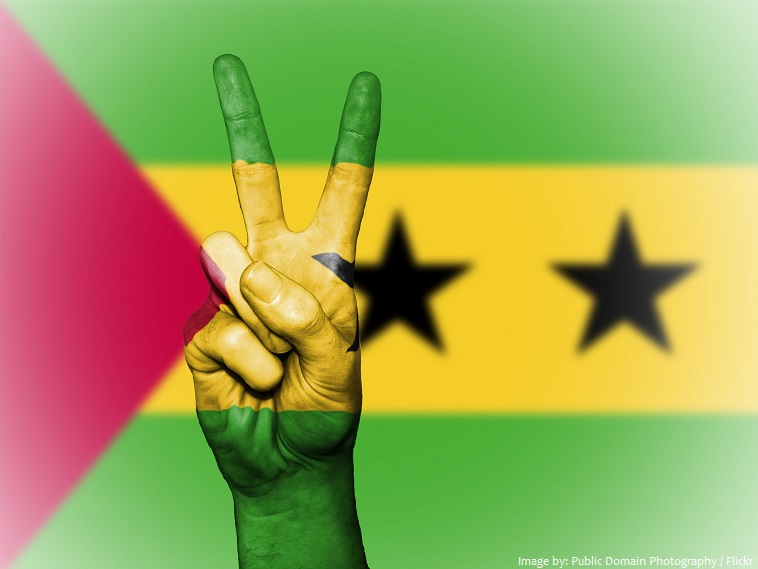 In 1990, São Tomé became one of the first African countries to embrace democratic reform. Changes to the constitution and legalization of opposition parties, led to nonviolent, free, transparent elections in 1991.

The economy of São Tomé and Príncipe, while traditionally dependent on cocoa, is experiencing considerable changes due to investment in the development of its oil industry in the oil-rich waters of the Gulf of Guinea.

Cocoa representing about 95% of agricultural exports. Other export crops include copra, palm kernels, and coffee.

Staple foods include fish, seafood, beans, maize and cooked banana. Tropical fruits such as pineapple, avocado and bananas are a significant component of the cuisine. The use of hot spices is prominent in São Tomése cuisine. Coffee is utilized in various dishes as a spice or seasoning.

São Toméan culture is a mixture of African and Portuguese influences.

The majority residents belongs to the local branch of the Roman Catholic Church, which in turn retains close ties with the church in Portugal. 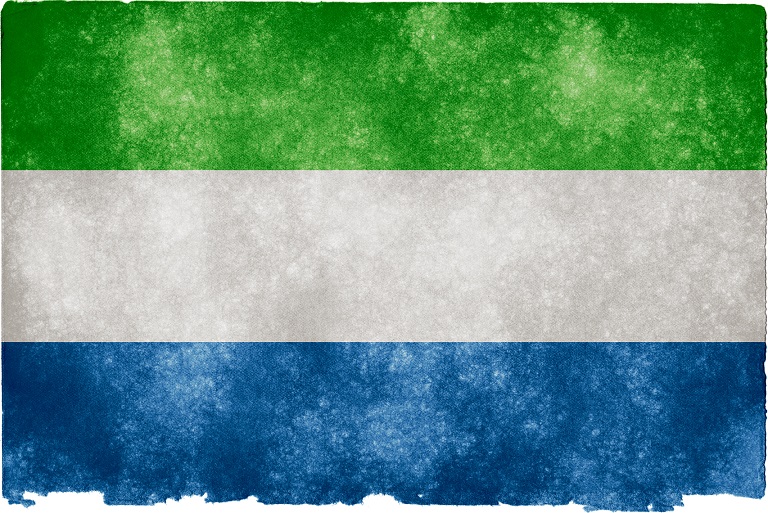