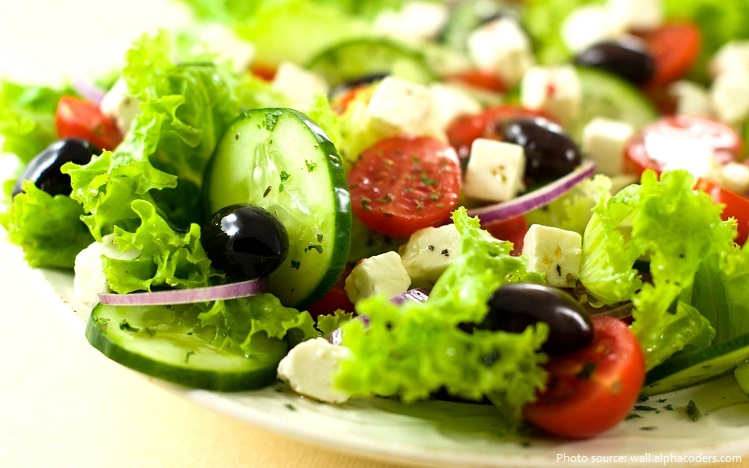 A salad is a dish consisting of a mixture of small pieces of food, usually vegetables. 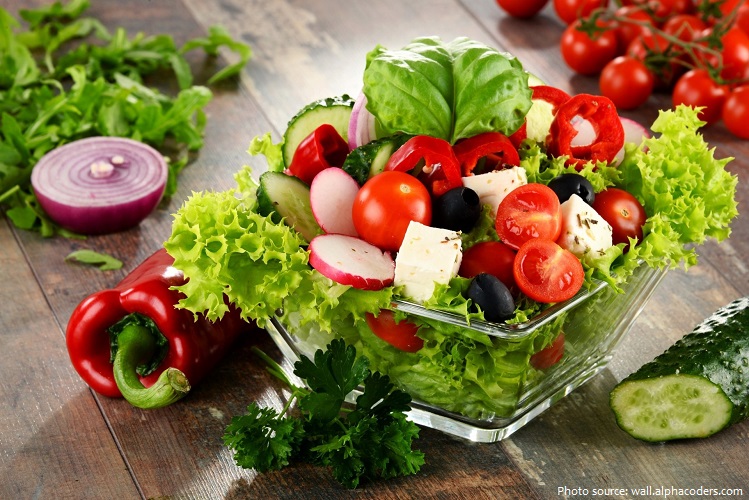 Salads may be served at any point during a meal:
• Appetizer salads — light, smaller-portion salads served as the first course of the meal.
• Side salads — to accompany the main course as a side dish.
• Main course salads — usually containing a portion of a high-protein food, such as meat, fish, eggs, legumes, or cheese.
• Dessert salads — sweet versions containing fruit, gelatin, sweeteners or whipped cream. 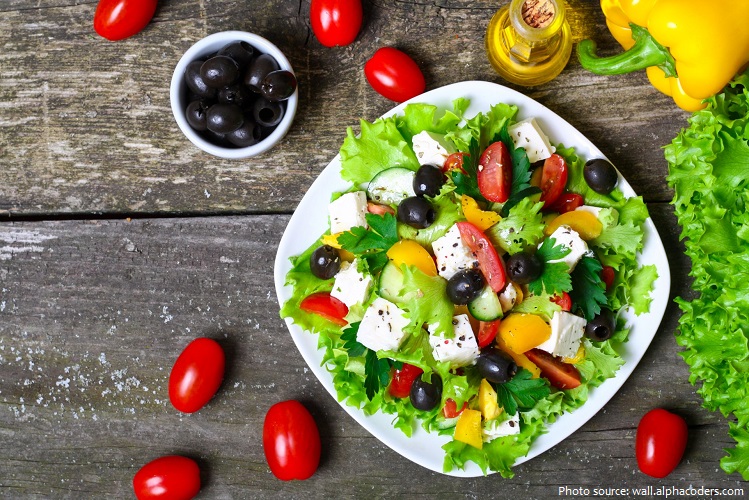 Most salads are traditionally served cold, although some, such as German potato salad, are served hot.

Food historians tell us salads were enjoyed by ancient Romans and Greeks. As time progressed, salads became more complicated. Recipes varied according to place and time.

It first appeared in the form of raw leafy vegetables covered in salty, oily dressing.

The word “salad” comes from the French salade of the same meaning, from the Latin salata (salty), from sal (salt).

In English, the word first appears as “salad” or “sallet” in the 14th century. 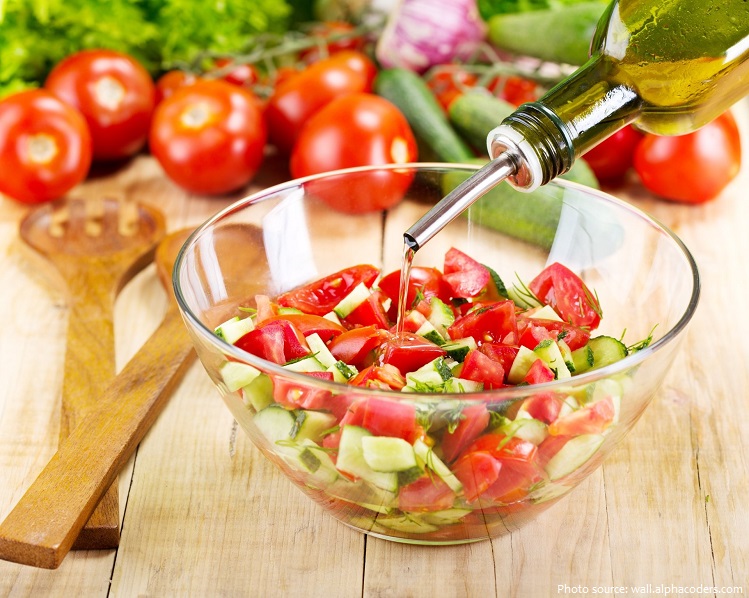 The phrase “salad days”, meaning a “time of youthful inexperience” (based on the notion of “green”), is first recorded by Shakespeare in 1606, while the use of “salad bar”, referring to a buffet-style serving of salad ingredients, first appeared in American English in 1976.

Waldorf salad was born in urban royalty. It was invented at the Waldorf Hotel in New York City in the 1890s by Oscar Tschirky, the Waldorf’s maître d’hôtel who created many of the hotel’s signature dishes. The original version of this salad contained only apples, celery and mayonnaise. Chopped walnuts later became an integral part of the dish. Waldorf salad is usually served on top of a bed of lettuce. 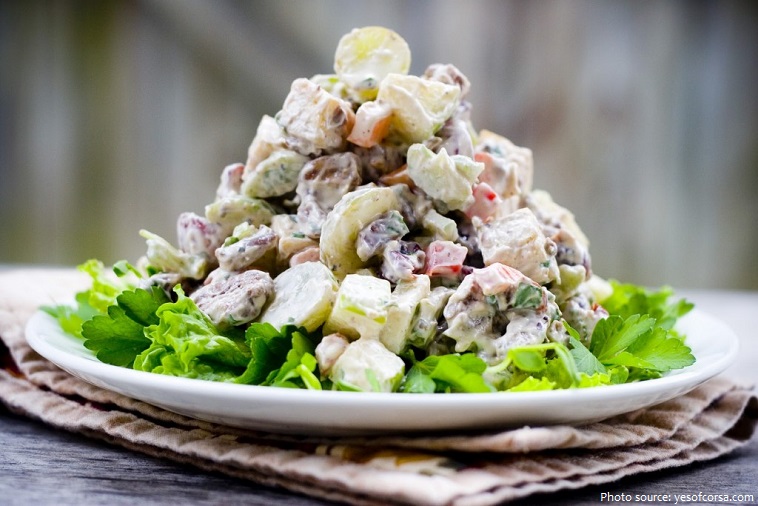 Caesar salad was invented by Caesar Cardini, a San Diego-based cook who ran a restaurant just over the Mexican border in Tijuana to avoid the United States’ prohibition laws. Over a busy Fourth of July weekend in 1924, Cardini was running low on supplies, so he threw together a salad with the ingredients he could find in his kitchen: romaine lettuce, garlic, croutons, Parmesan cheese, boiled eggs, olive oil, and Worcestershire sauce. 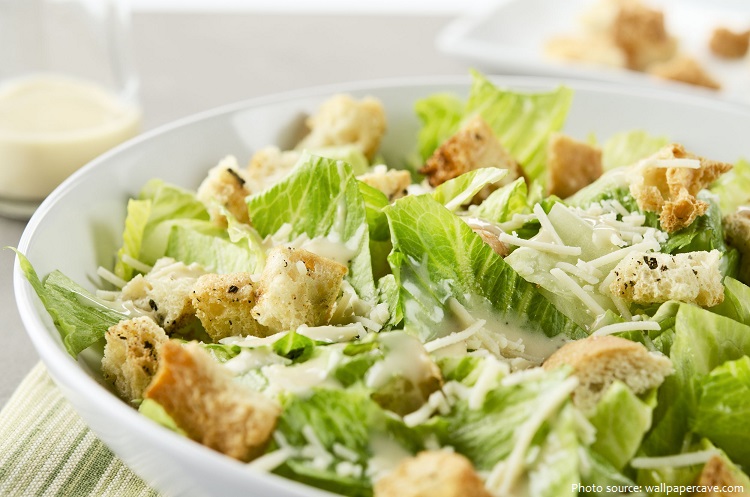 Jell-O salad can be traced to 1904. Mrs. John E. Cook of New Castle, Pennsylvania entered a dish in a local contest that she called Perfection Salad — and walked away with third place. The recipe for the gelatin mold (which contained cabbage, celery, green pepper, and pimentos) became increasingly popular. By the 1960s the Jell-O-as-salad concept was so in fashion that the brand released vegetable flavors such as celery, Italian salad, and seasoned tomato. 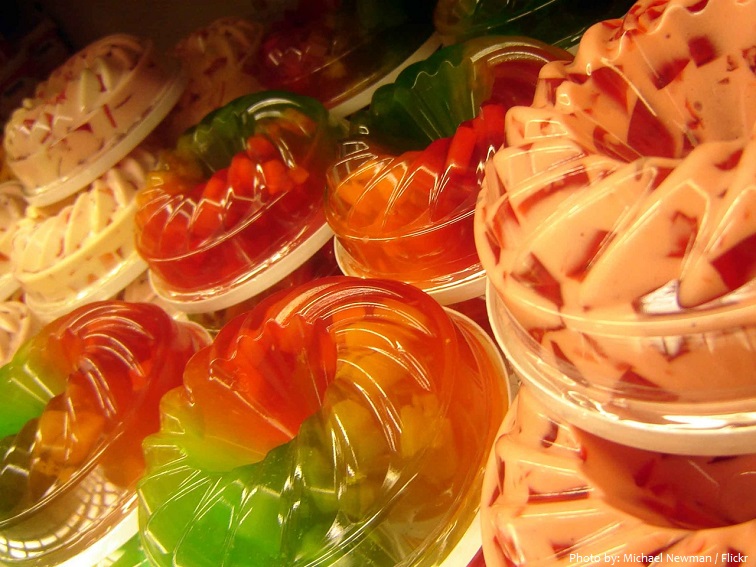 Legend has it that Cobb salad was created by accident. In 1937, Robert H. Cobb (er, Bob Cobb), owner of L.A. eatery The Brown Derby, was scrounging around for a nighttime meal when he came upon an avocado. He chopped it up and threw in some romaine, watercress, tomatoes, chicken, hard-boiled egg, cheese, some leftover bacon and tossed with the Derby’s famous French dressing. As the story goes, word spread of his delicious invention after he fed it to Hollywood promoter Sid Grauman, who fell in love at first bite. Soon it was added to the restaurant’s menu. 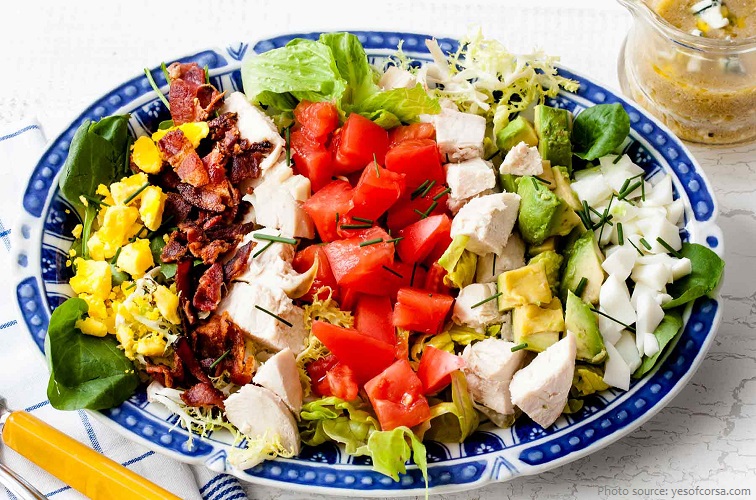 The most expensive salad in the world cost £635 (about $830) and was created by celebrity chef Raymond Blanc at the Hempel Hotel in London in 2010. It contains a caviar worth £12,000 (about $15,800) -a-kilo and once only reserved for Russian Tsars. The salad also has Almas golden caviar, Beluga caviar, kreel-caught langoustines, Cornish crab and lobster. 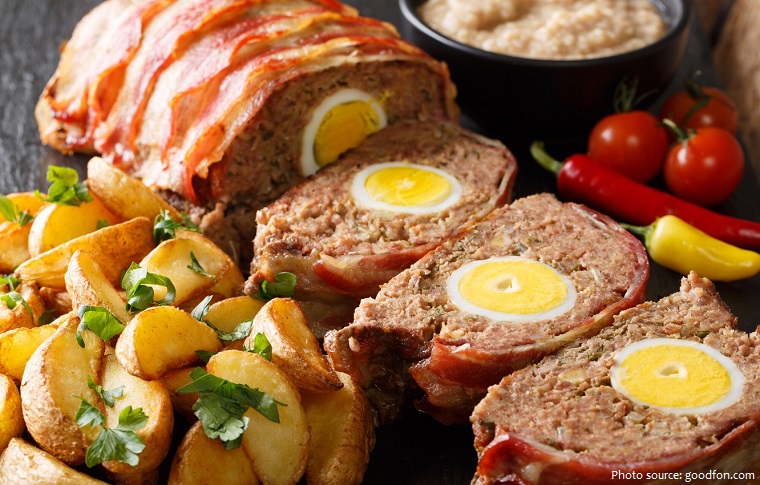 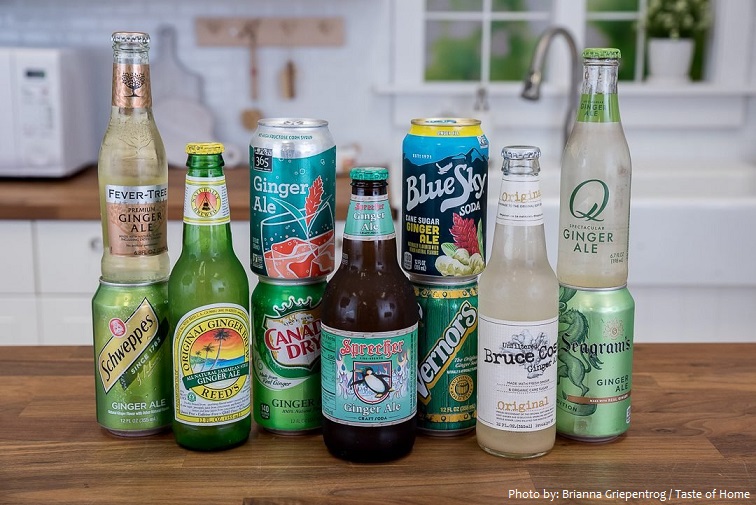