Nougat is an aerated confection.

The consistency of nougat is chewy, and it is used in a variety of candy bars and chocolates. 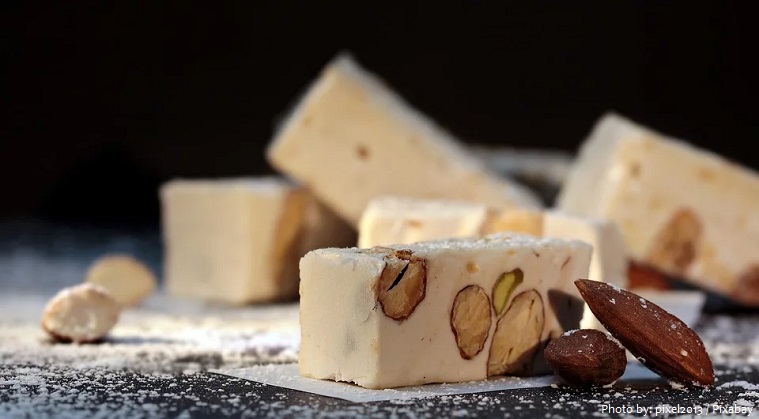 There are three main types of nougat: white nougat, brown nougat and Viennese or German nougat.

White nougat is made with sugar or honey, roasted nuts (almonds, walnuts, pistachios, hazelnuts, and macadamia nuts are common) and whipped egg whites.

Brown nougat is made with caramelized sugar (and honey), mixed with nuts and/or other flavourings. It is made without egg whites and has a firmer, often crunchy texture.

Viennese or German nougat is essentially a chocolate and nut (usually hazelnut) praline. 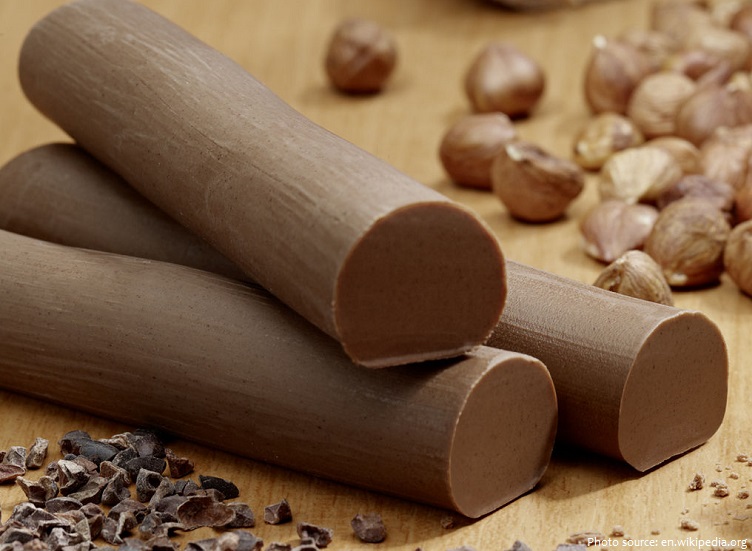 Turrón or torrone is a type of white nougat and is typical to southern European. It is frequently consumed as a traditional Christmas dessert in Spain and Italy as well as countries formerly under the Spanish Empire, particularly in Latin America.

The history of the origin of nougat varies with different historians.

Most historians believe that nougat comes from ancient Rome where a sweet made from honey, almonds, and eggs was made and reserved for special functions or as an offering to their gods. The first known documented mention in Italy of torrone was in the year 1441 in Cremona, where at the wedding of Francesco Sforza to Maria Bianca Visconti, a new sweet was created in the couple’s honor.

French historians think that the nougat traces back to a Greek walnut confection known as nux gatum or mougo that was originally made using walnuts.

In the 17th century, Olivier of Serres planted almond trees close to Montelimar. It is thought that the almonds replaced the walnuts in the Greek recipe and evolved into nougat. Today, Montelimar, a small city in the Drome section of southern France is known for their nougat. The first commercial factory opened in the late 18th century and now this city has 14 nougat manufacturers producing this wonderful confection.

In Britain, nougat is traditionally made in the style of the southern European varieties, and is commonly found at fairgrounds and seaside resorts. 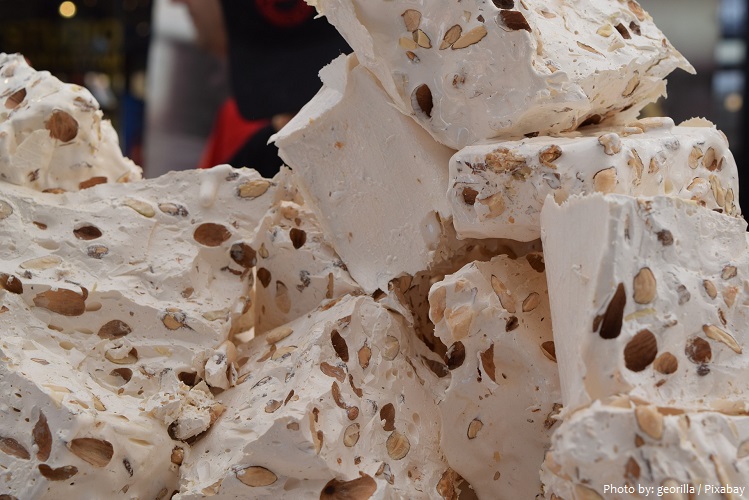 The nougat that appears in many candy bars around the world differs from traditional recipes, consisting of sucrose and corn syrup aerated with a whipping agent such as egg white, hydrolyzed soya protein or gelatine and may include vegetable fats and milk powder. 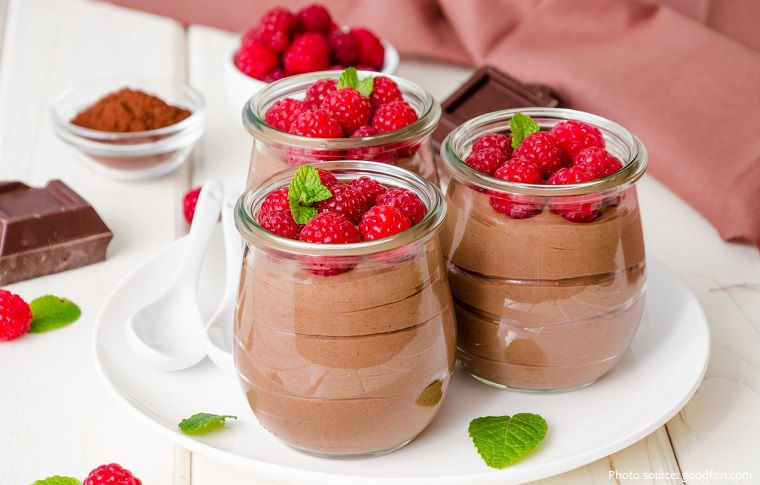