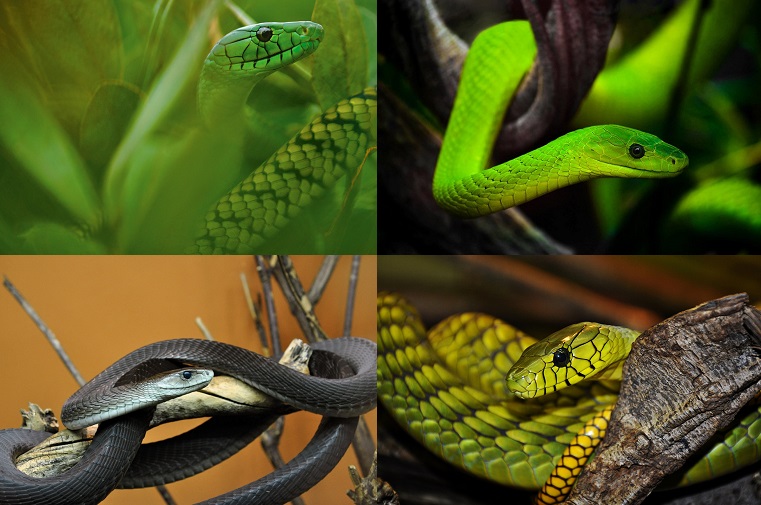 Mambas are are fast-moving venomous snakes of the genus Dendroaspis.

They are native to various regions in sub-Saharan Africa.

The eastern green mamba is a large, with a slightly compressed, and very slender bodied snake with a medium to moderately long tapering tail. Adult males average around 1.8 metres (5.9 ft) in total length, while females average 2.0 metres (6.6 ft) in total length. Coloration in this species is bright green dorsally and yellow-green ventrally, with a few bright yellow scales scattered on the flanks in some specimens. This species is indigenous to more coastal regions of southern Africa and east Africa. 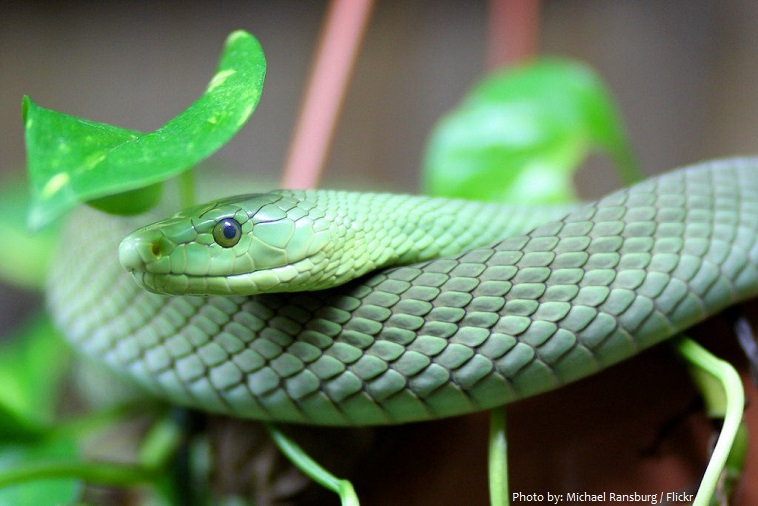 Jameson’s mamba is a large, slender elapid snake with smooth scales and a long tapering tail which typically accounts for 20 to 25% of its total length. The average length of an adult snake is approximately 1.5 meters (4.9 ft) to 2.2 meters (7.2 ft). They grow as large as 2.64 meters (8 ft 8 in). Adults tend to be dull green across the back, blending to pale green towards the underbelly with scales generally edged with black. The ventral side, neck and throat are typically cream or yellowish in color. This species occurs mostly in Central Africa and West Africa, and in some parts of East Africa. 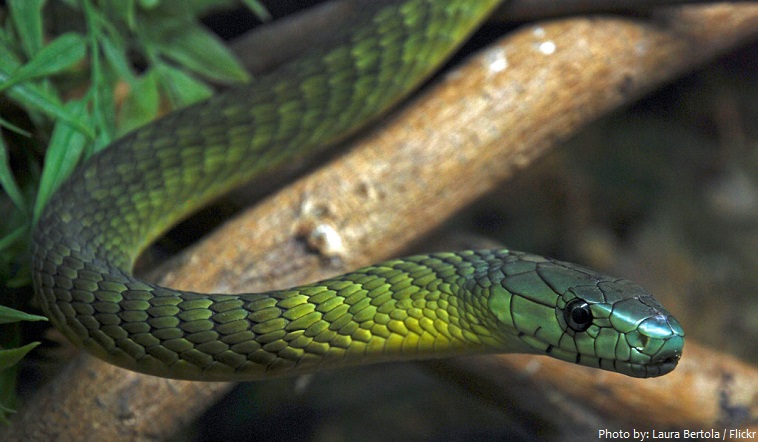 The black mamba is the longest species of venomous snake indigenous to the African continent; mature specimens generally exceed 2 meters (6.6 ft) and commonly attain 3 meters (9.8 ft). Specimens of 4.3 to 4.5 meters (14.1 to 14.8 ft) have been reported. Contrary to their common name, black mambas are not actually black. They can be olive, brownish, gray, or sometimes khaki in color. This species has a wide and fragmented range within sub-Saharan Africa. 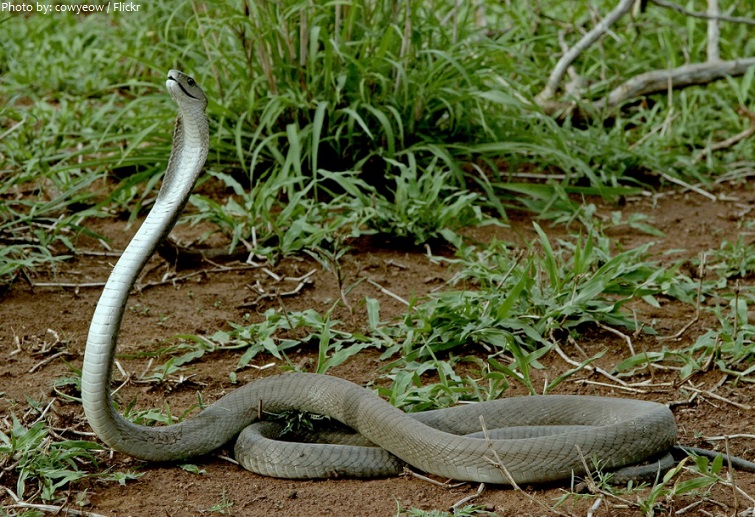 The western green mamba is a long and very slender bodied snake with a long tapering tail. The average length of an adult snake of this species is between 1.4 meters (4.6 ft) and 2.1 meters (6.9 ft). Some specimens of this species can grow to maximum lengths of 2.4 meters (7.9 ft). Western green mambas can be variable in color. Most specimens are greenish-yellow, olive green, emerald green, while some specimens are sky blue or yellow. This species is native to West Africa. 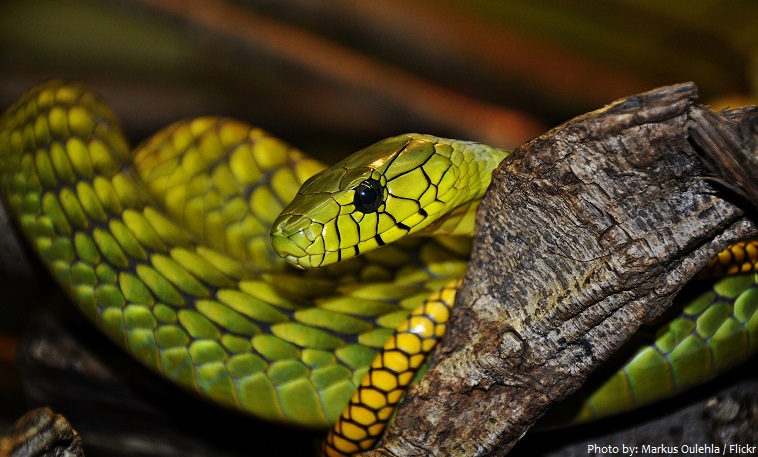 Mambas and cobras are in the same family: the Elapidae. Like cobras, a mamba may rear and form a hood as part of its threat display, but the mamba’s hood is narrower and is longer than the broader hood of some species of cobra.

The three species of green mambas are arboreal, whereas the black mamba is largely terrestrial.

Arboreal species move easily from branch to branch in trees and shrubs. 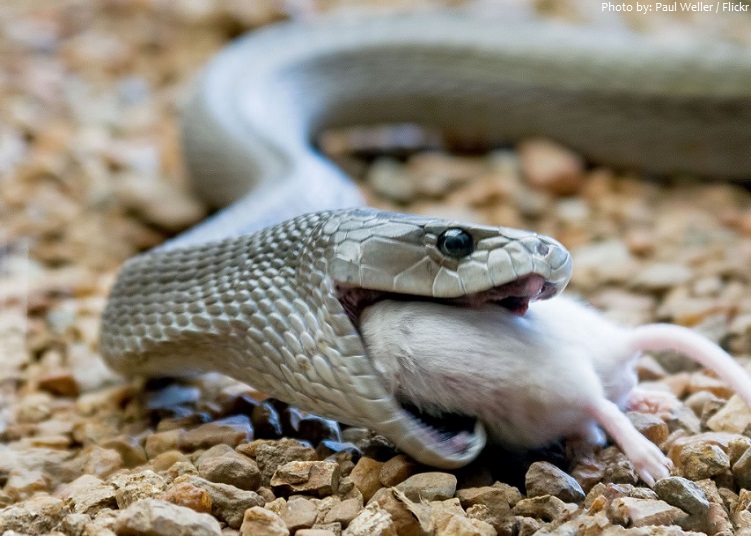 Mambas kill their prey with venom injected from fangs. Their venom kills prey quickly. Mambas swallow the dead animal whole. They have flexible jaws that they can dislocate in order to fit food up to four times the size of their head into their mouth.

All mambas are highly venomous. Their venoms consist mostly of neurotoxins that causes paralysis and stops vital body functions. Besides the neurotoxins, they also carry cardiotoxins and fasciculins.

The black mamba is one of the most dangerous snakes in the world. It is capable of delivering enough venom to kill a human being within 20 minutes. 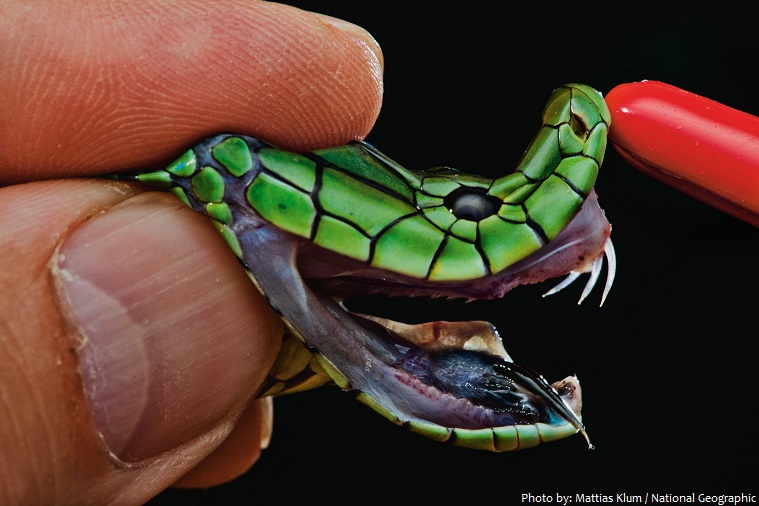 At nightfall some species, especially the terrestrial black mamba, shelter in a lair. A mamba may retain the same lair for years.

Mambas are solitary snakes, except during mating season.

Males will compete by doing ritual dance or having wrestling contest on the ground. The aim is to force the other male down. It can take up to several hours for this ritual to end.

Green mambas can lay 10 to 15 eggs at a time, and the mama mamba needs a safe place to house her babies. Instead of feeling vulnerable in a ground lair, she nests among leaves and other vegetation in a hole in a hollow tree. The eggs hatch after 70 to 85 days. The baby snakes hatch in the tree. They have venom when they hatch, which means they can begin hunting immediately in their chosen arboreal habitat without needing time on the ground first.

The female black mamba lays a clutch of up to 17 eggs , often inside a termite mound, and the eggs hatch after 80 to 90 days . In some studies, young black mambas have rarely been observed, possibly because they grow rapidly and can reach almost 2 meters (6.5 feet) in length in their first year, and because they are likely to be more arboreal than the adults.

Predators of mambas include humans, birds of prey, foxes, jackals and mongooses.

In Africa there are many legends and stories about mambas.

Stories of black mambas that chase and attack humans are common, but in fact the snakes generally
avoid contact with humans; to South African locals the black mamba’s bite is known as the “kiss of
death.” 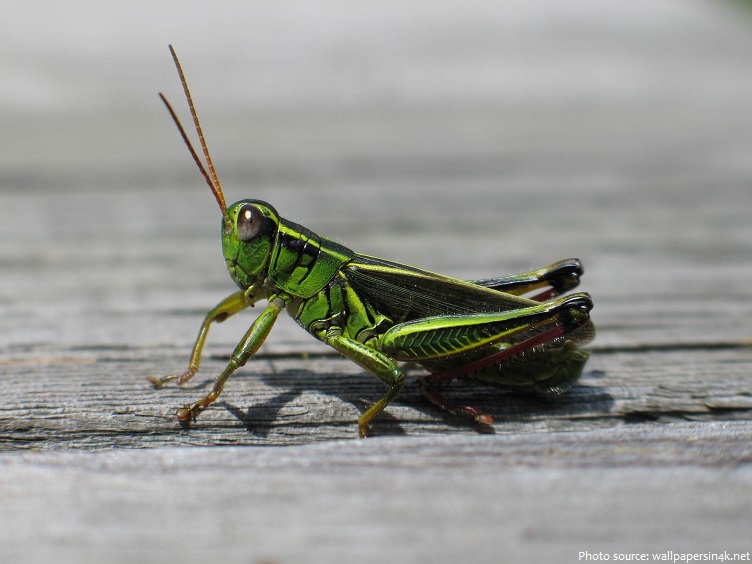 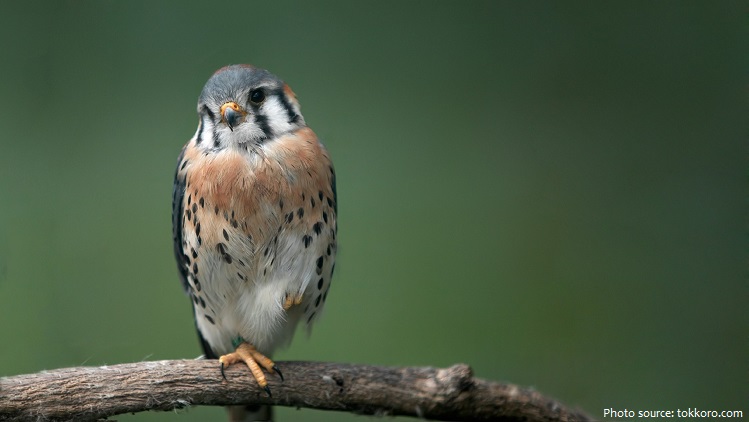