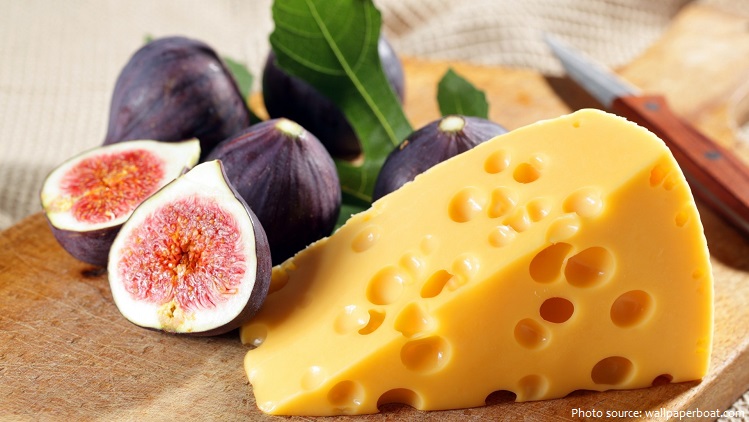 Emmental also known as Emmentaler, Emmenthal or as Swiss cheese is a yellow, medium-hard cheese.

It is named after the Emmental, the valley of a river, near Berne.

Emmental cheese was first made around 1292 in that region.

It was however only in the 1800s that the first ever cheese dairies came into existence in Emmental. This in turn made the cheese very popular even with people who did not live in that region.

Gradually many dairies were developed in Emmental which resulted in the production of cheese in large quantities. This cheese was then marketed to other areas and eventually all over the world. 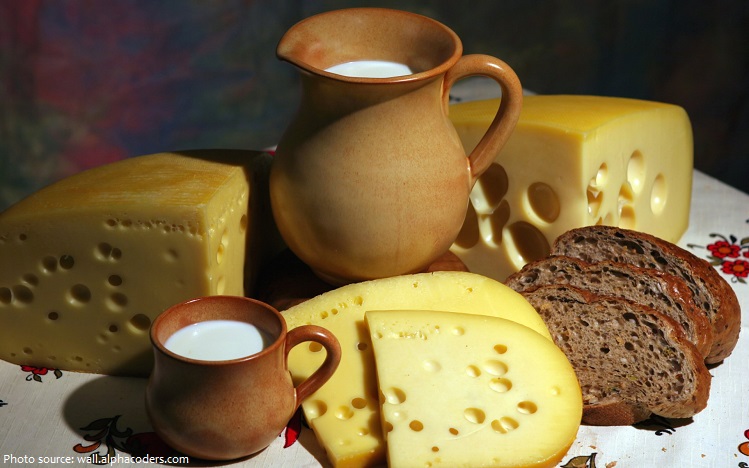 It is amongst the best-known types of cheese.

Emmental cheese is made from cow’s milk. About 12 litres of milk are needed to make 1 kg of cheese.

The curd is formed by rennet. After the usual cutting, stirring, and heating to about 126° F (52° C), all the curd from 1,000 kg (2,205 pounds) of milk is lifted from the whey in one mass in a fine-mesh net and pressed into the characteristic wheel. 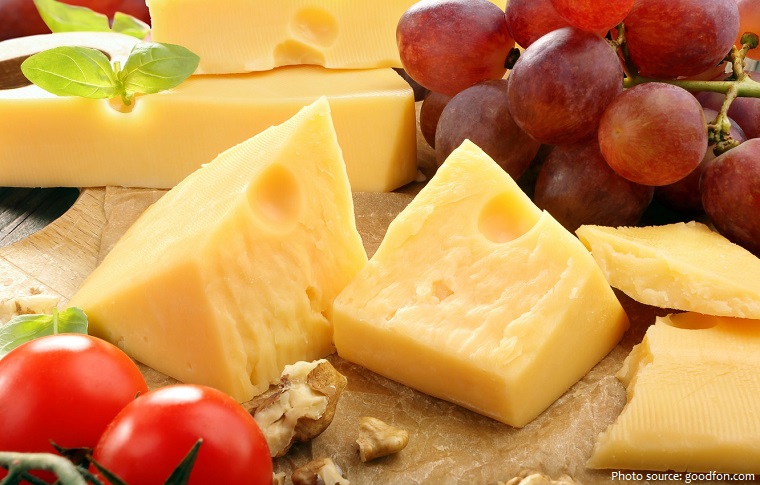 The rind being kept clean, the cheese cures from the inside with the propionic acid bacteria, which produce carbon dioxide, are largely responsible for the many big holes.

The cheese is held at a temperature of 22° to 27° C (72° to 80° F), so stimulating the production of carbon dioxide, which forms the characteristic glossy holes in six to eight weeks.

Complete ripening of the cheese takes about six months.

When ripened the interior is a uniform light yellow in color with holes that varies in size. 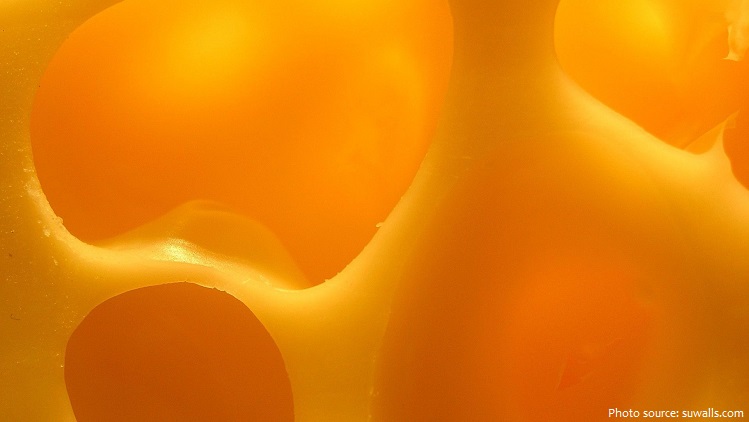 The formation of holes during the fermentation process makes it one of the most difficult cheeses to be produced.

The holes of the cheese are called the “eyes”, and a Swiss cheese which does not have holes is called a “blind” cheese.

This cheese has a mildly nutty, sweet flavour and a firm, silky texture.

It can be served on a cheese platter with fruit and nuts or layered into sandwiches. 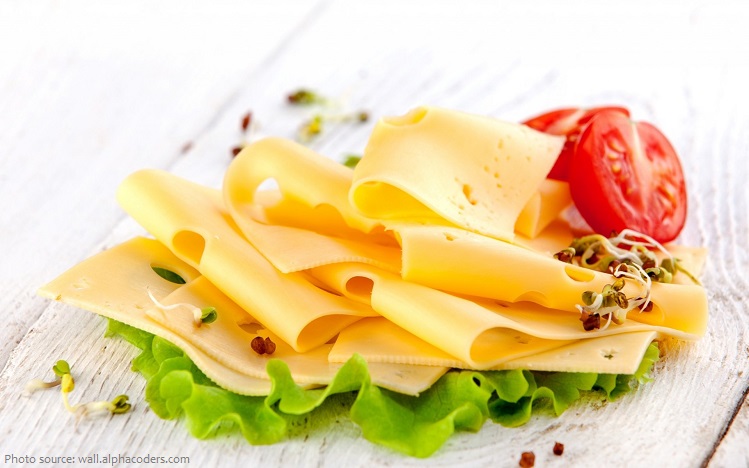 Emmental is one of the best melting cheeses and the main ingredient of delicious fondue. Its pH level gives it the perfect melting point, resulting in a molten liquid that is stringy and holds its shape at the same time.

This cheese has a relatively high fat content and is rich in calcium, as well as copper and phosphorous.

Today, most cheese-producing countries make a cheese called Emmental cheese – these cheeses often have little in common with the original though, except for the holes in the cheese. 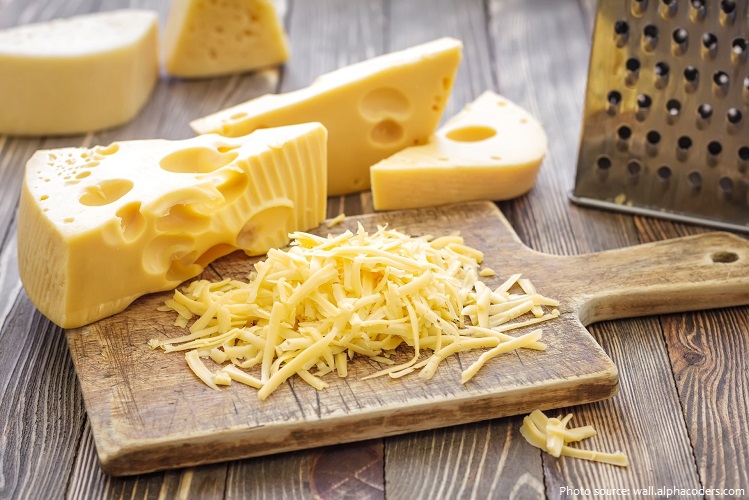 In 1882 was the first time, products could be protected in Europe. Already at that time, Emmentaler was made in countries other than Switzerland.

Today, Switzerland, France, Austria, and Germany produce Emmental cheeses that have a Protected Designation of Origin.

About 6% of the total amount of milk these countries produce is used to make Emmental cheese.

France is the biggest producer of Emmental.

French and Swiss people eat the most of this kind of cheese, about 3.3 kg per person per year. Germans eat about half that amount, 1.7 kg per person, per year.

Swiss cheese is the name for a variety of cheese that resembles Emmental cheese.