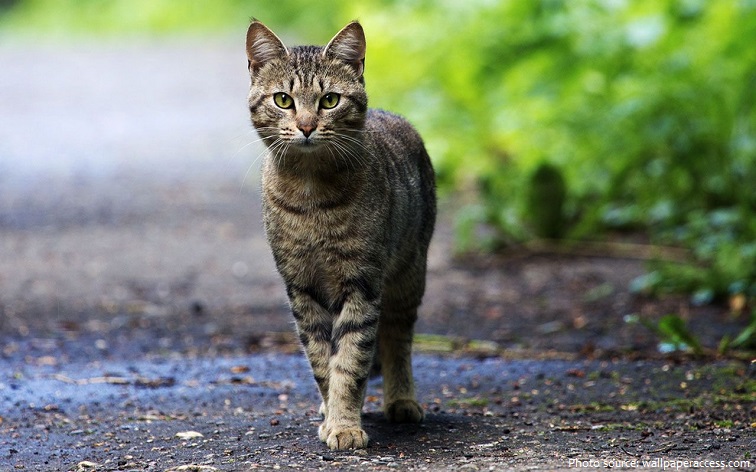 Tabby cat or simply tabby is the name for domestic cats with fur coats of stripes, dots, lines or swirling patterns and a distinctive ‘M’ shaped marking on their forehead.

“Tabby” is not a breed of cat but a coat type seen in almost all genetic lines of domestic cats.

One of the most common coat colours, the tabby pattern dates back to domestic cats in ancient Egypt. It is a recognized colour variety in purebred cats and is frequently seen in cats of mixed ancestry.

Tabby cat has an average lifespan of 15 years. 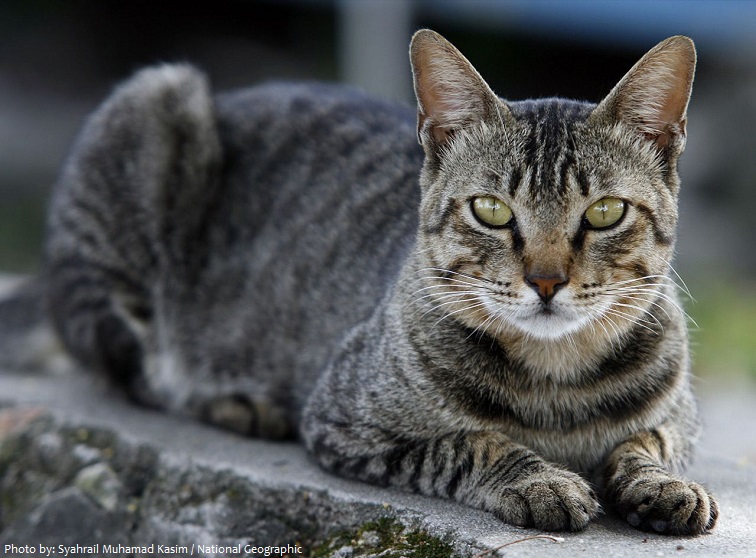 Tabbies may be brown, grey, orange, or calico, including dilute versions of these colors. The most common tabby color is brown.

The four known distinct patterns, each having a sound genetic explanation, are the mackerel, classic, ticked and spotted tabby patterns.

Mackerel tabby is by far the most common tabby pattern. The legs and tail have dark bars as do the cat’s cheeks. A mackerel tabby has narrow stripes that run in parallel down its sides. An ‘M’ shape appears on the forehead along with dark lines across the cat’s cheeks to the corners of its eyes. Mackerel tabbies are also called ‘fishbone tabbies’, probably doubly named after the mackerel fish. 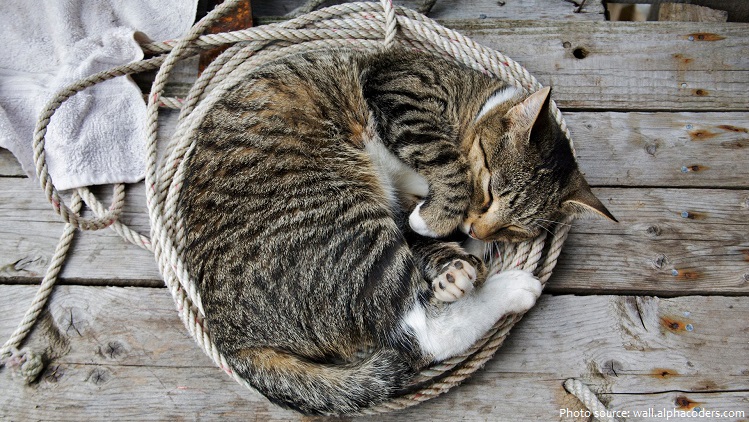 Classic tabby also known as blotched or marbled has a pattern usually in the colors of dark brown, ochre, and black – but sometimes grey. Classic tabbies have the ‘M’ pattern on their foreheads too. The body is marked with a whirled or swirled pattern (often called a “bullseye”) on the cat’s sides. There is also a light colored “butterfly” pattern on the shoulders and three thin stripes running along its spine. Classic tabbies have dark stripes on their legs, tail, and cheeks. Classic tabbies are the most common type of tabby in much of the United Kingdom and the Middle East, among other places, but they are a far second in number to mackerel tabbies in most parts of the world. 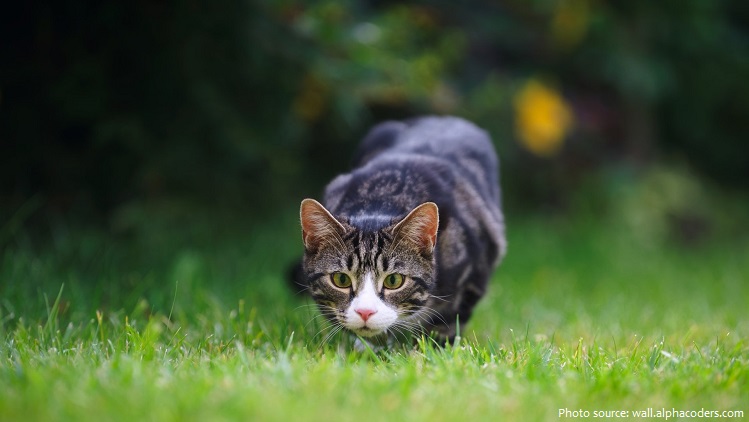 Ticked tabby has a grizzly color of fur of dark and light bands or bars. These break up the tabby pattern into a “salt-and-pepper” look. Some stripes or bars can often be seen on the lower legs, face and belly and sometimes at the end of the cat’s tail. 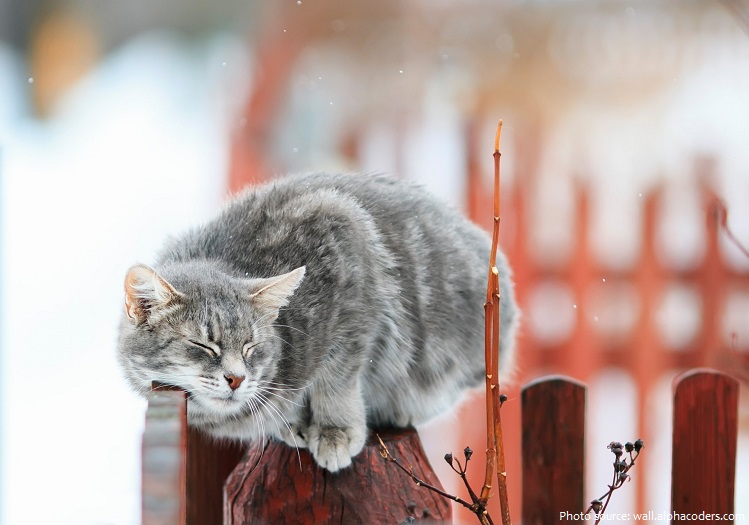 Spotted tabby has a gene that breaks up the mackerel tabby pattern so that the stripes appear as spots. Sometimes, the stripes of a classic tabby’s pattern may be broken into larger spots. Both large spot and small spot patterns can be seen in the Australian Mist, Bengal, Egyptian Mau, Maine Coon, and Ocicat breeds.

There is also a fifth pattern that includes tabby as part of another basic color pattern. The “patched” tabby is a calico or tortoiseshell cat with tabby patches (also known as “caliby” and “torbie”).

The English term “tabby” originates from the translation of the French phrase “striped silk taffeta,” the root of which is tabis, meaning “a rich watered silk.” This can be further traced to the Middle French atabis (14th century), which stemmed from the Arabic term attabiya. This word is a reference to the neighborhood in Baghdad, Attabiy noted for its striped cloth and silk – such silk cloth became popular in the Muslim world and spread to England, where the word “tabby” became commonly used in the 17th and 18th centuries. Use of the term tabby cat for a cat with a striped coat began in the 1690s and was shortened to tabby in 1774. 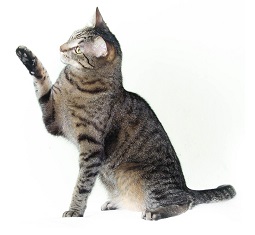 The most followers on Instagram for a cat is 4,361,519, and was achieved by the account “nala_cat”, as verified on 13 May 2020. Adopted by her owner, Varisiri Methachittiphan (USA), from a shelter, the Siamese/tabby mix has captivated the web with her wide, blue eyes, cute headgear and penchant for curling up in cardboard boxes.

One of the first mass-produced stuffed toys, the Ithaca Kitty, was inspired by a grey tabby cat.