Long Beach is a city in the US state of California located within the Los Angeles metropolitan area.

It is situated on San Pedro Bay, 35 kilometers (22 miles) south of Los Angeles, and surrounds the independent city of Signal Hill.

The average altitude is 16 metres (52 feet) above sea level. 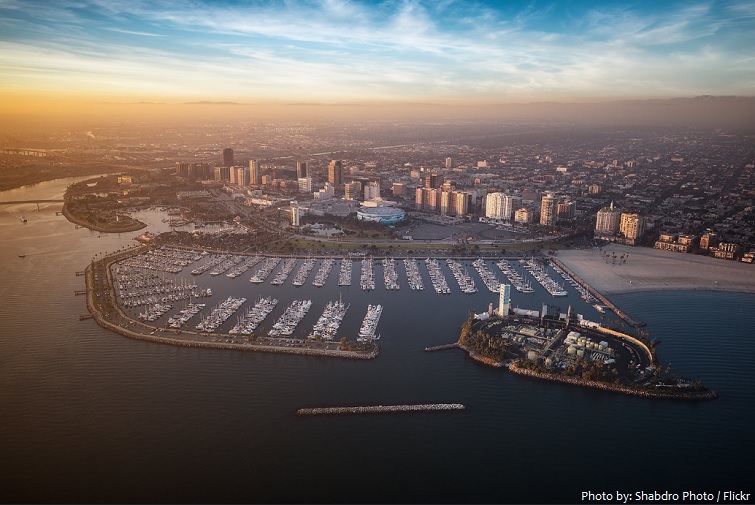 Indigenous people have lived in coastal Southern California for over 10,000 years, and several successive cultures have inhabited the present-day area of Long Beach.

By the 16th-century arrival of Spanish explorers, the dominant group was the Tongva people. 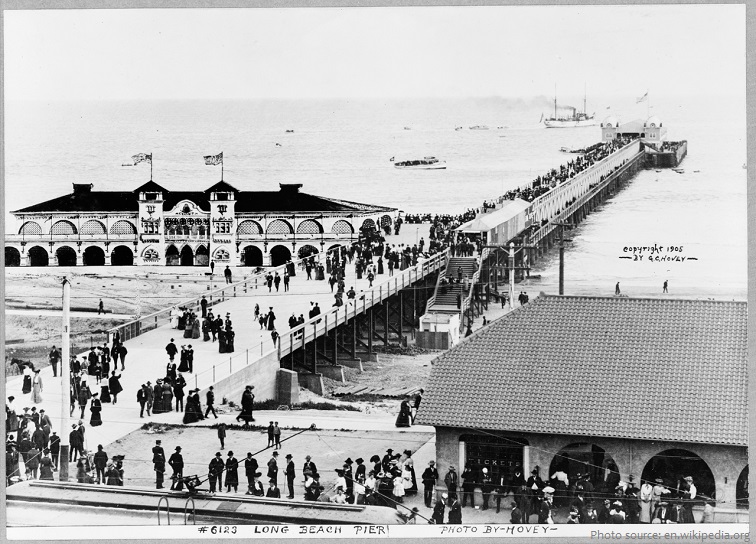 Industrial and harbour development was stimulated by the discovery of oil in 1921 at Signal Hill, and Long Beach expanded with the post-World War II growth of the Los Angeles metropolitan area.

In 1967 the city purchased the historic British transatlantic liner Queen Mary, which is moored in the harbour and functions as a maritime museum, meeting centre, and hotel – it adjoins the Long Beach Convention and Entertainment Center, one of the largest halls in the region. The ship is listed on the National Register of Historic Places. The National Trust for Historic Preservation has accepted the Queen Mary as part of the Historic Hotels of America. 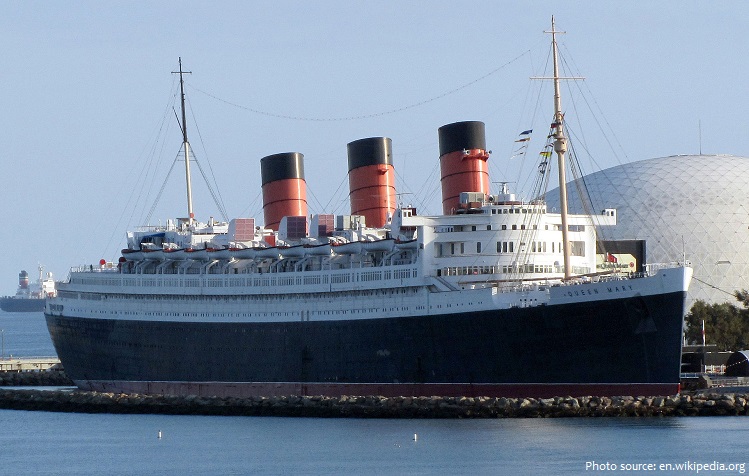 The Museum of Latin American Art (MOLAA) was founded by Dr. Robert Gumbiner in 1996 in Long Beach, and serves the greater Los Angeles area. MOLAA is the only museum in the United States dedicated to modern and contemporary Latin American and Latino art. 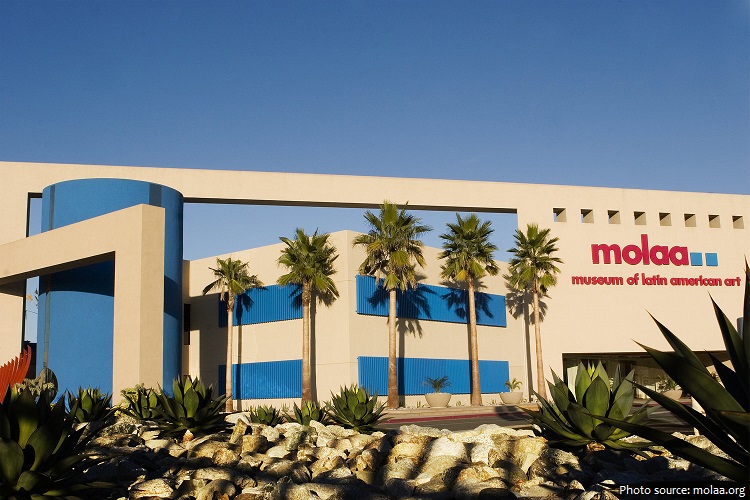 Naples is a neighborhood of Long Beach, built on three islands located in Alamitos Bay. The islands are divided by canals which open into the bay. Most of the streets on the island have Italianate names. The center of Naples features a large fountain which serves as a popular meeting spot. 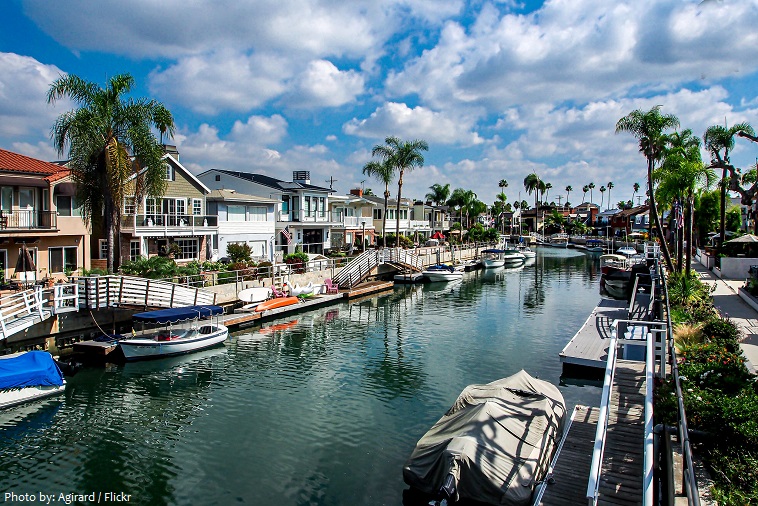 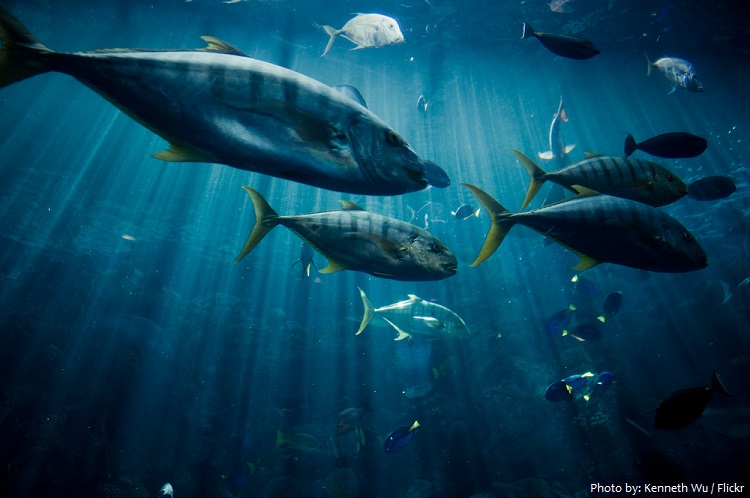 The Shoreline Village is a popular place to hang out in Long Beach for dining, shopping, and entertainment. A selection of specialty shops, such as Latin Waves, Raindance and Purple House sell handmade clothing, jewelry, arts and crafts, while a variety of restaurants serve all types of cuisine, from all-American burgers and shakes to freshly baked cakes and homemade ice cream. 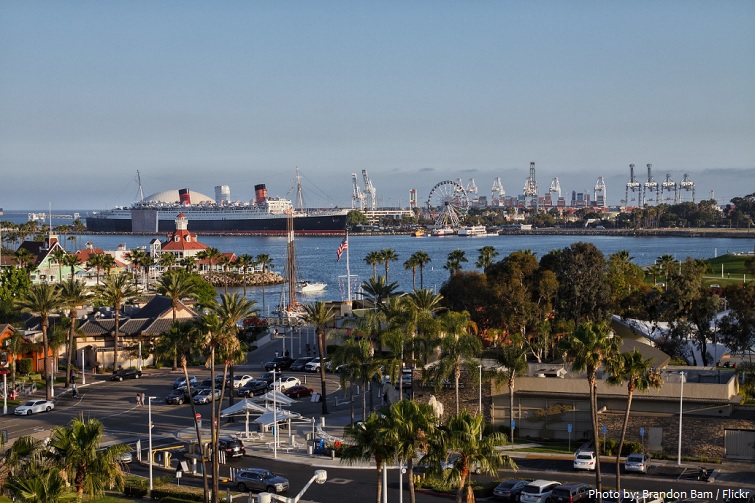 The Earl Burns Miller Japanese Garden is a Japanese garden encompassing 0.53 hectare (1.3 acres) on the campus of California State University, Long Beach. It was dedicated in 1981. Ed Lovell, landscape master plan architect for the University, traveled to Japan and took inspiration from the Imperial Gardens in Tokyo before designing the garden. Among the annual events held at the Japanese garden is a Koi auction and a chrysanthemum show. 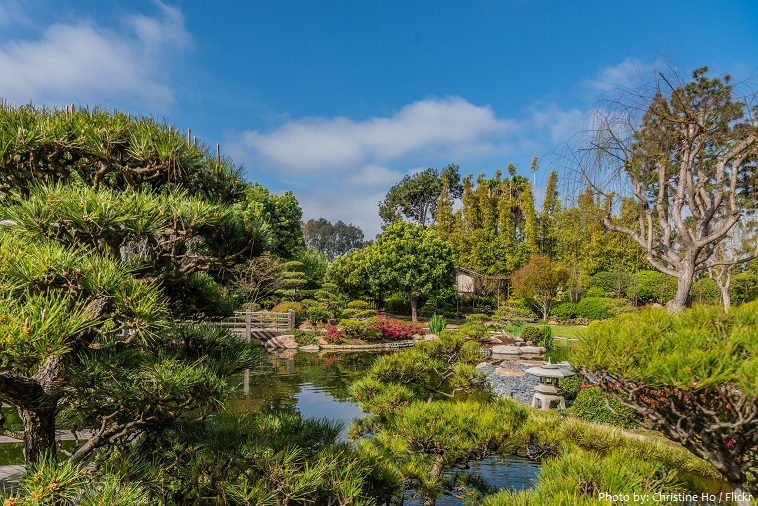 The Port of Long Beach is the second busiest container port in the United States and is among the world’s largest shipping ports.

The city is over an oilfield with minor wells both directly beneath the city as well as offshore.

The Grand Prix of Long Beach is an IndyCar Series race held on a street circuit in Long Beach.

The California State University, Long Beach, one of the largest universities in California by enrollment, is located in the city.

Long Beach is the host to a number of long-running music festivals.