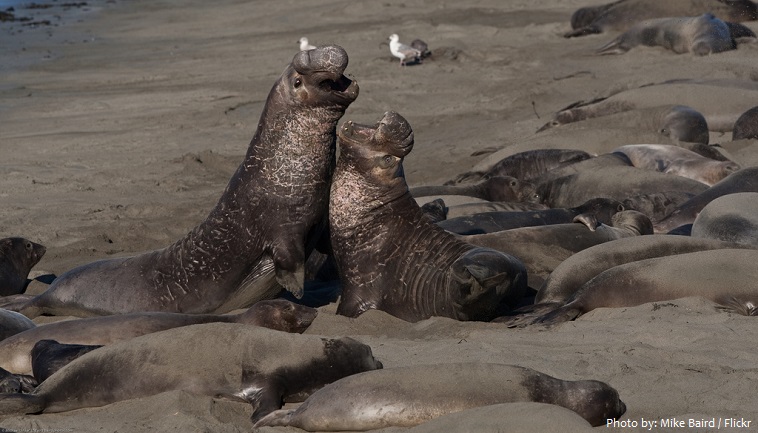 Elephant seals are large, oceangoing seals in the genus Mirounga.

They take their name from the large proboscis of the adult male, which resembles an elephant‘s trunk.

The northern elephant seal, somewhat smaller than its southern relative, ranges over the Pacific coast of  the U.S., Canada and Mexico.

The southern elephant seal is found in the Southern Hemisphere on islands such as South Georgia and Macquarie Island, and on the coasts of New Zealand, South Africa, and Argentina in the Peninsula Valdés. 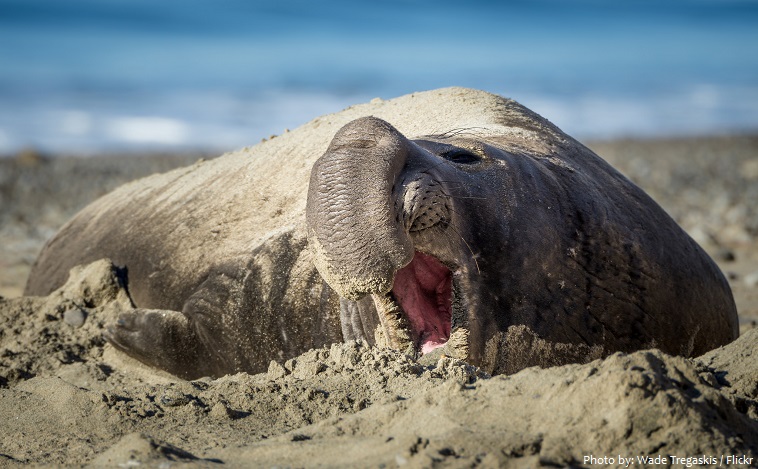 Elephant seals are the largest seals, exceeding the walrus in size.

Elephant seal color depends on gender, age, and season. They may be rust, light or dark brown, or gray. 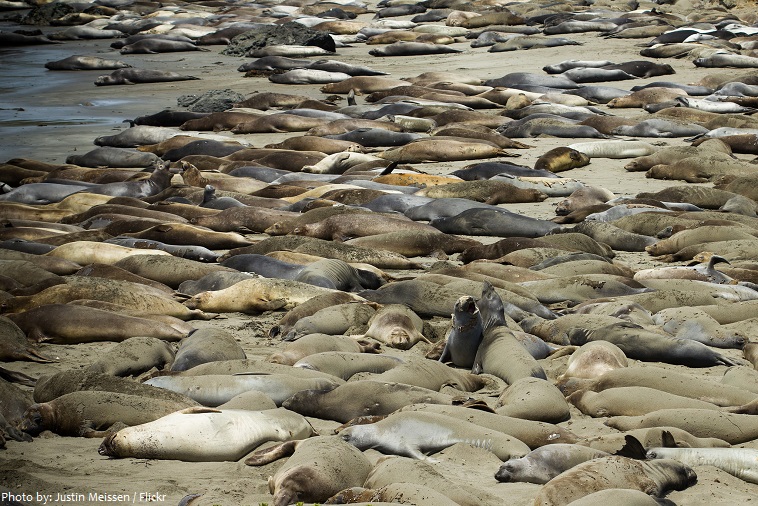 Once a year, elephant seals go through a process called molting where they shed the outer layer of hair and skin. This molting process takes up to a month to fully complete. When it comes time to molt, they will haul out on land to shed their outer layer, and will not consume any food during this time.

Elephant seals are shielded from extreme cold by their blubber, more so than by fur.

They are gregarious on land, but solitary at sea.

Elephant seals are diurnal animals, meaning they are active during the day time.

Elephant seals spend the majority of their time (90%) underwater in search of food, and can cover 95 kilometers (60 miles) a day when they head out to sea. 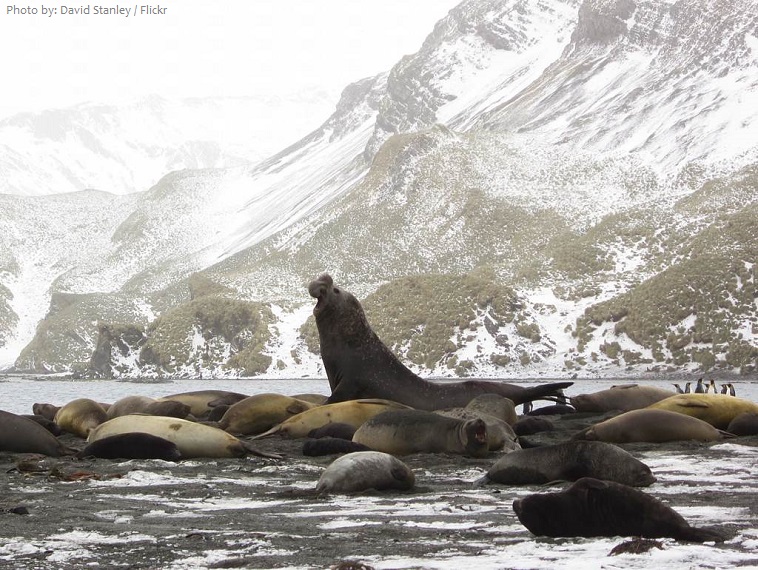 Elephant seals have a very large volume of blood, allowing them to hold a large amount of oxygen for use when diving.

They can hold their breath for more than 100 minutes – longer than any other noncetacean mammal. Cetaceans are aquatic group of mammals commonly known as whales, dolphins, and porpoises. 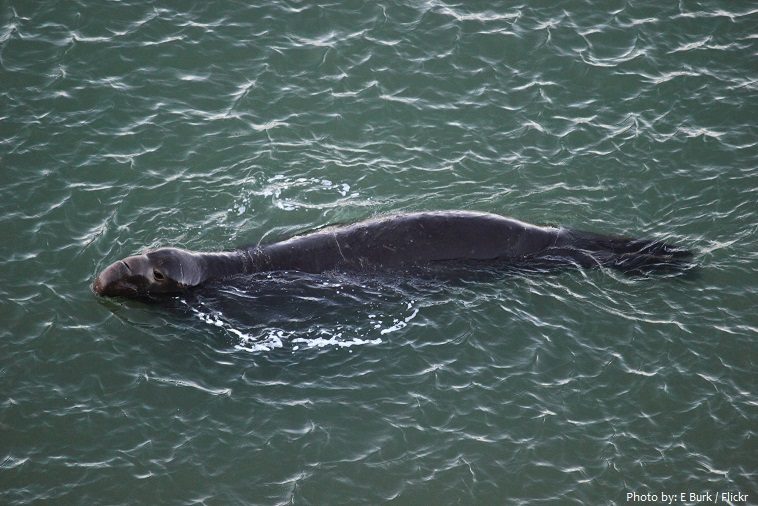 Elephant seals breed annually and are seemingly faithful to colonies that have established breeding areas.

During the breeding season, elephant seals become aggressive toward each other. The bulls fight to establish territories along beaches and to acquire harems of up to 40 cows. The gestation period lasts about 11 months. The female gives birth to a single brownish black pup. Elephant seal pup gain about 4.5 kilograms (10 pounds) a day. 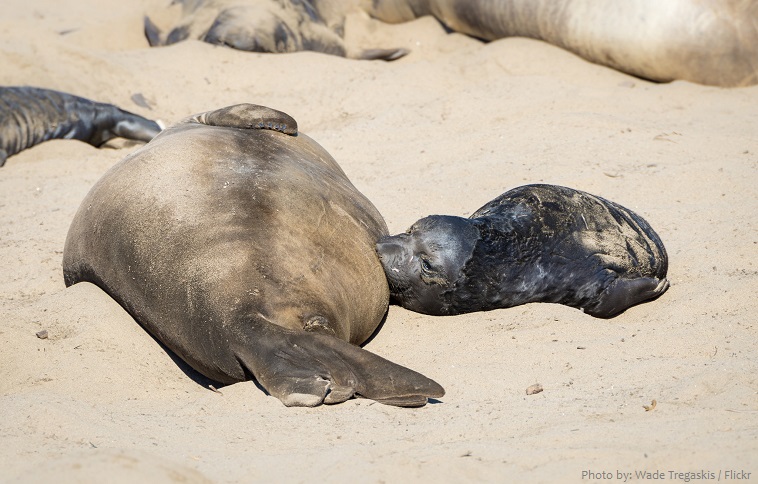 Both species was hunted almost to extinction in the 19th and 20th centuries, but the numbers have since recovered.

The IUCN lists both species of elephant seal as being of least concern, although they are still threatened by entanglement in marine debris, fishery interactions, and boat collisions.

Most of their most important breeding sites are now protected by international treaty, as UNESCO World Heritage Sites, or by national legislation. 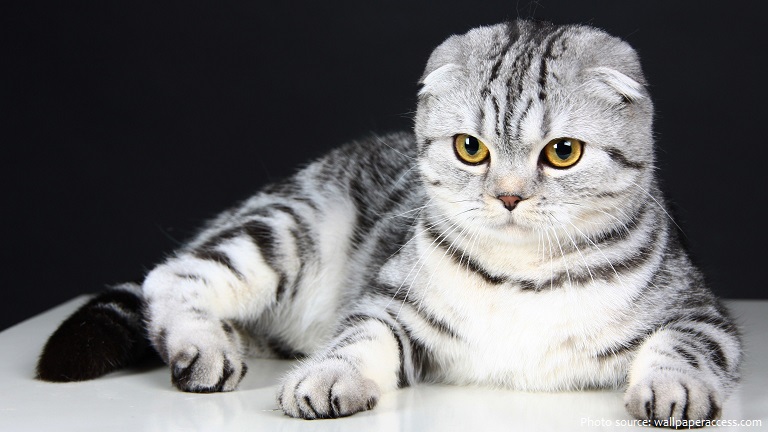 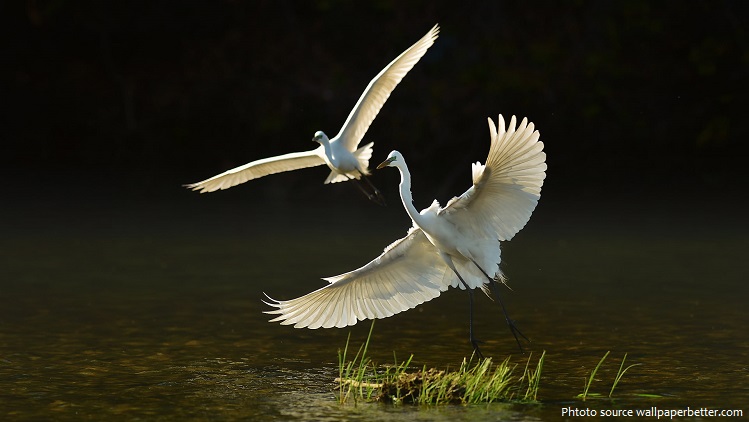 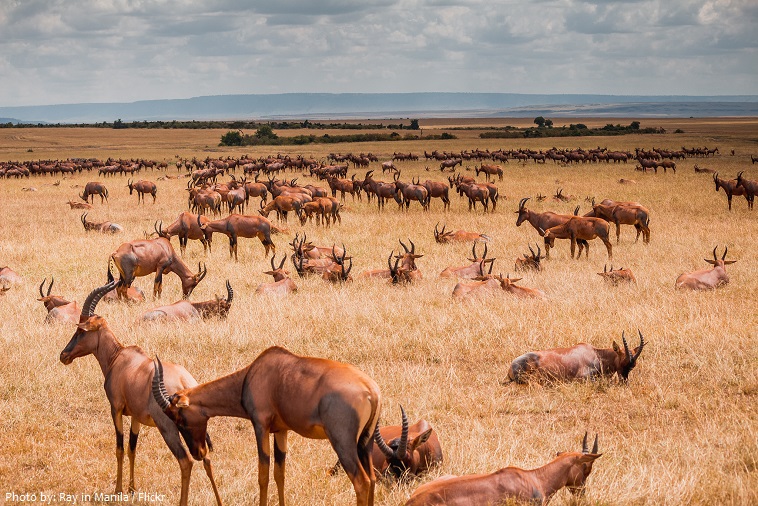 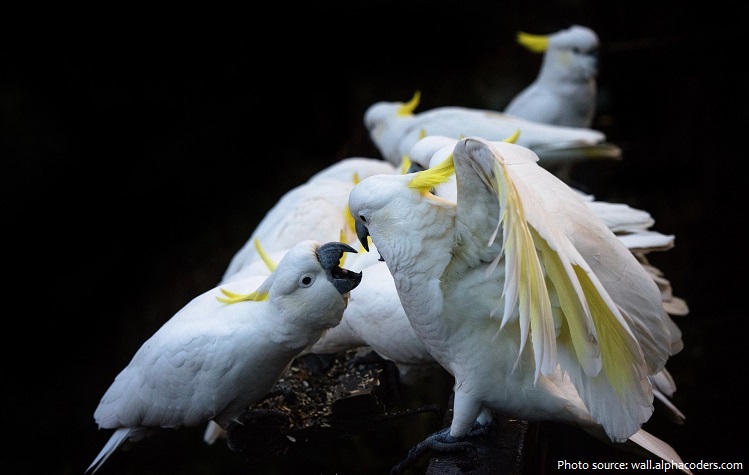