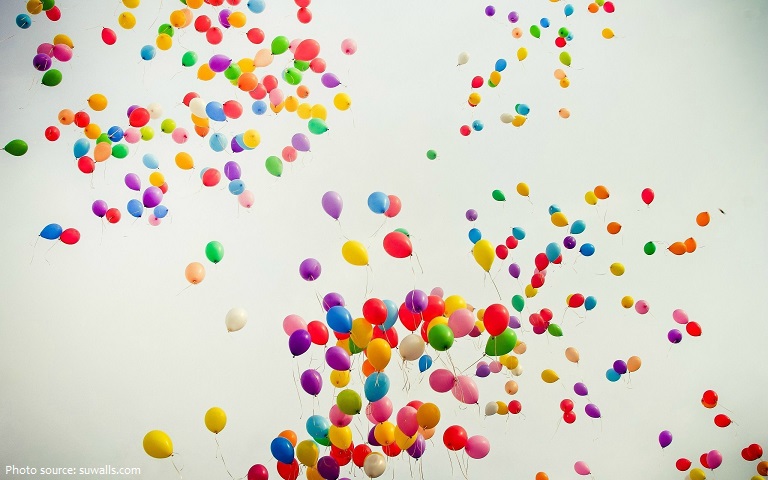 A balloon is a flexible bag that can be inflated with a gas, such as helium, hydrogen, nitrous oxide, oxygen, air.

Some balloons are used for decorative purposes or entertaining purposes, while others are used for practical purposes such as meteorology, medical treatment, military defense, or transportation.

Toy balloons are available in all kinds of shapes, sizes, and colors to delight children and adults at birthday parties and other festive occasions.

Balloons were first invented in France in the late 18th century. Two papermakers, Jacques and Joseph Montgolfier, discovered that when paper bags are filled with hot air, the bags rise. Quick to realize the potential of this, they began experimenting with balloons of various materials such as paper, cloth, and silk. 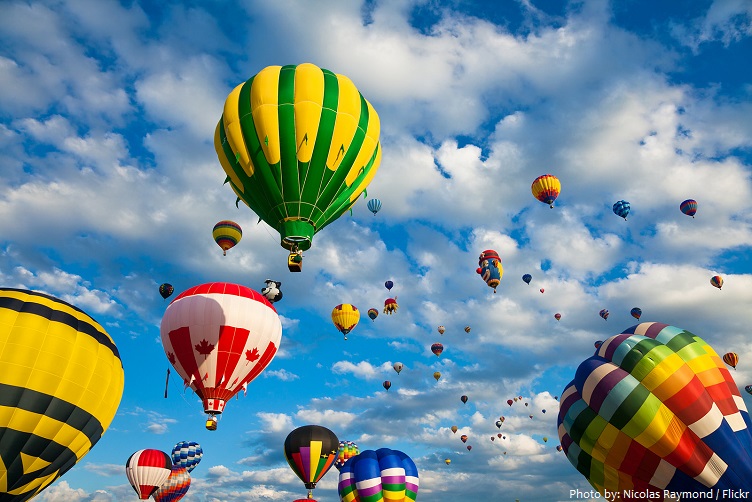 They made the first public demonstration of a lighter-than-air balloon in June 1783, with a 11-meter (35-foot) diameter balloon made of cloth lined with paper. Later that year, Jacques Charles flew a balloon made of silk coated with a rubber varnish and filled with hydrogen, a gas that is lighter than air. These early demonstrations attracted a great deal of excitement, and balloons were soon put to many uses in science, sport, and war.

The rubber balloon was invented by Michael Faraday in 1824, during experiments with various gases. He invented them for use in the lab. 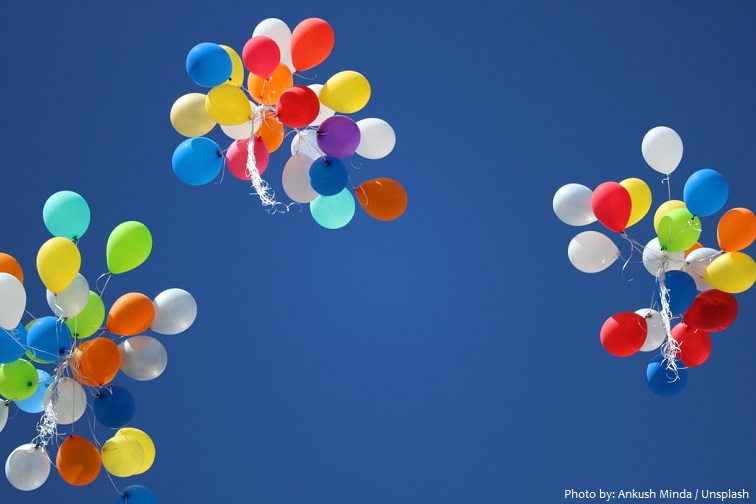 In 1825, Thomas Hancock, the pioneer rubber manufacturer, sold them in the form of a do-it-yourself kit which consisted of a bottle of rubber solution and a condensing syringe.

Latex balloons were manufactured for the first time in London in 1847 by J.G. Ingram, but they didn’t enter mass production until the 30s of the 20th century.

Rubber balloons weren’t manufactured in the United States until 1907, but their popularity appears to have increased throughout most of the 20th century. The first commercial sausage balloons were produced in 1912, and Americans began twisting balloons to make animals in the late-1930s or early-1940s. 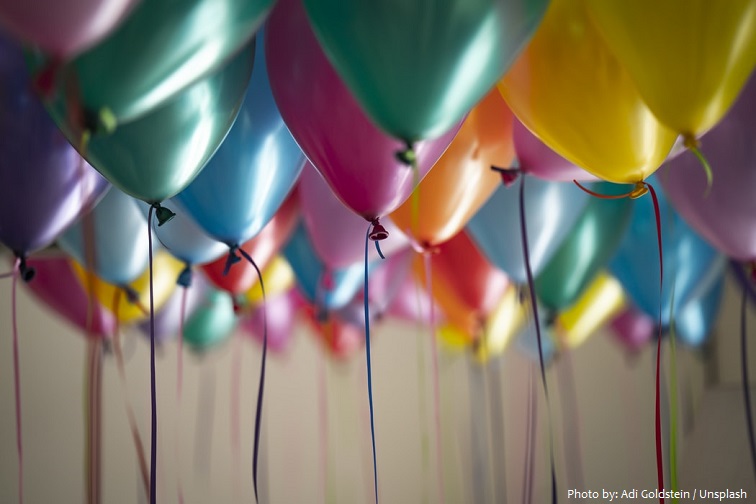 Foil balloons appeared in the 1970s and were more expensive but held gas inside longer than rubber and latex. They are also lighter.

Today, balloons are made from rubber, latex, polychloroprene, or a nylon fabric.

If the balloons that are filled with helium are made of rubber or latex, they will retain their buoyancy for a short time only (about a day) because helium has small molecules which escape through small pores of a balloon. 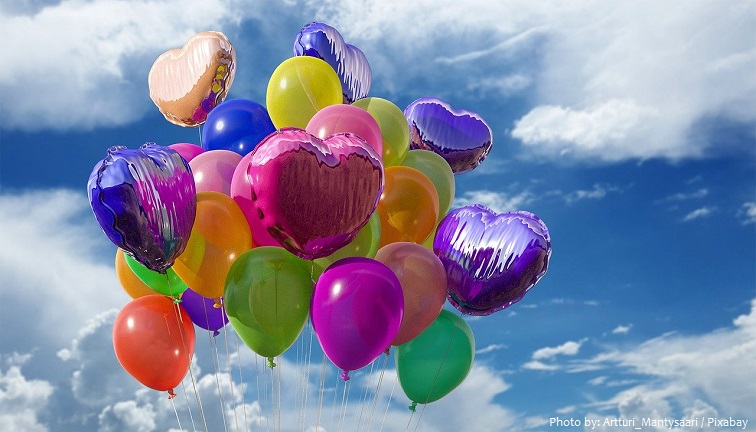 The word “balloon” likely comes from the Italian word ‘pallone’ meaning ‘large ball’. In the 1570s, balloon was a popular game played using a large inflated leather ball that was kicked or tossed back and forth; by the 1590s, the word balloon was used to refer to the ball itself. By 1784, balloon was also used to describe a ‘bag or vessel filled with heated air or helium so as to rise and float in the air’.

Toy balloons are used as decorations and/or advertising space.

On New Year’s Eve thousands of balloons will be dropped from ceilings around the world. 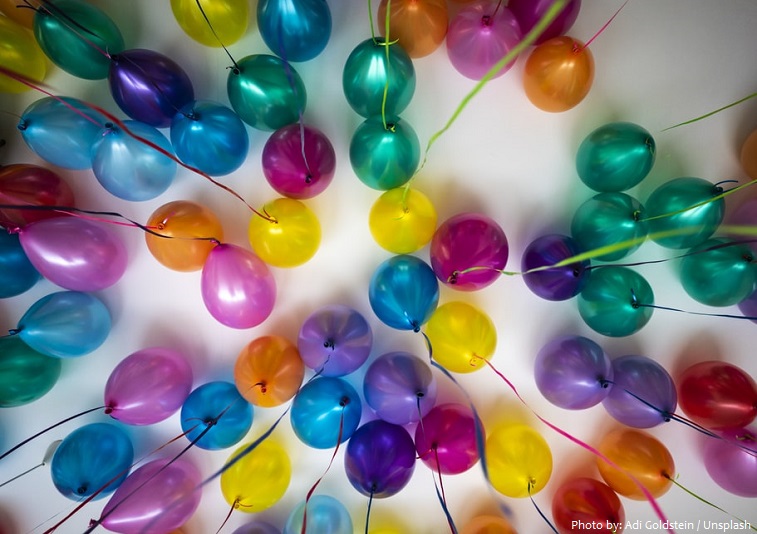 There are balloons that are longer and more cylindrical. These long balloons are often twisted and bent into simple, or intricate shapes which will hold their form when released. Balloon artists are people who quickly twist balloons into familiar or abstract shapes using the techniques of balloon modelling.

The fastest time to create one balloon dog sculpture is 6.5 seconds by John Cassidy (USA) at the Balloon Saloon store in New York, USA on 28 March 2006. 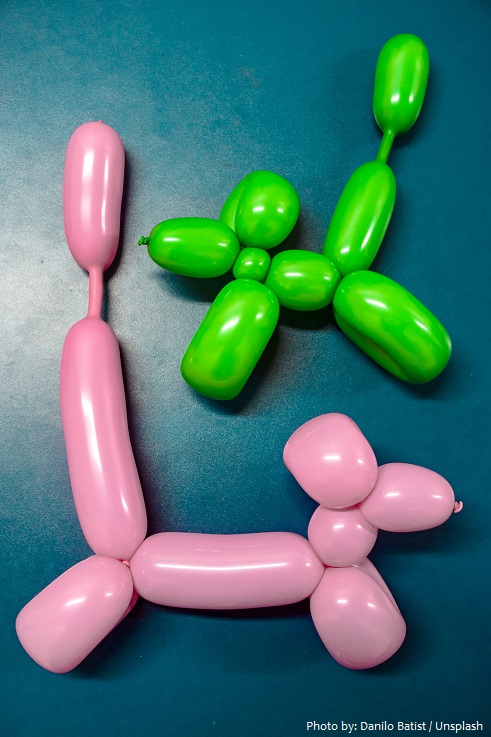