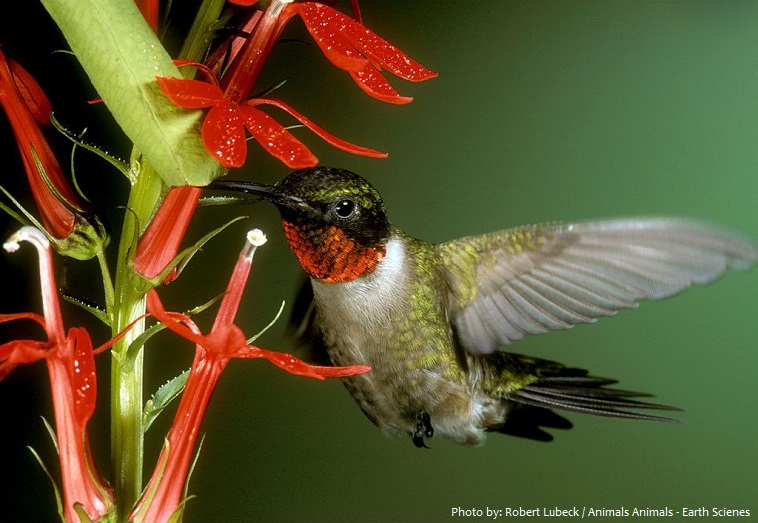 This species is found in North and Central America.

Ruby-throated hummingbird is by far the most common hummingbird seen east of the Mississippi River in North America. 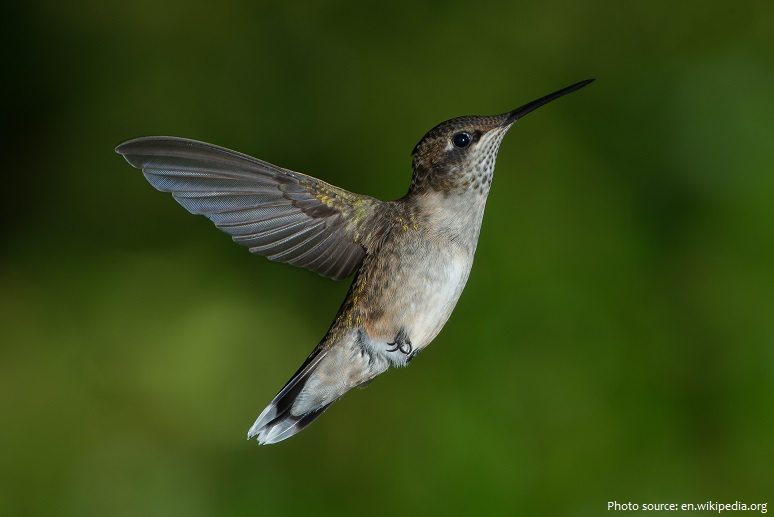 Ruby-throated hummingbirds have beautiful coloration. are metallic green above and grayish white below, with near-black wings. Males have a brilliant orange to pink metallic throat and a forked tail. Females have a dull grayish throat, and a square, white-tipped tail. 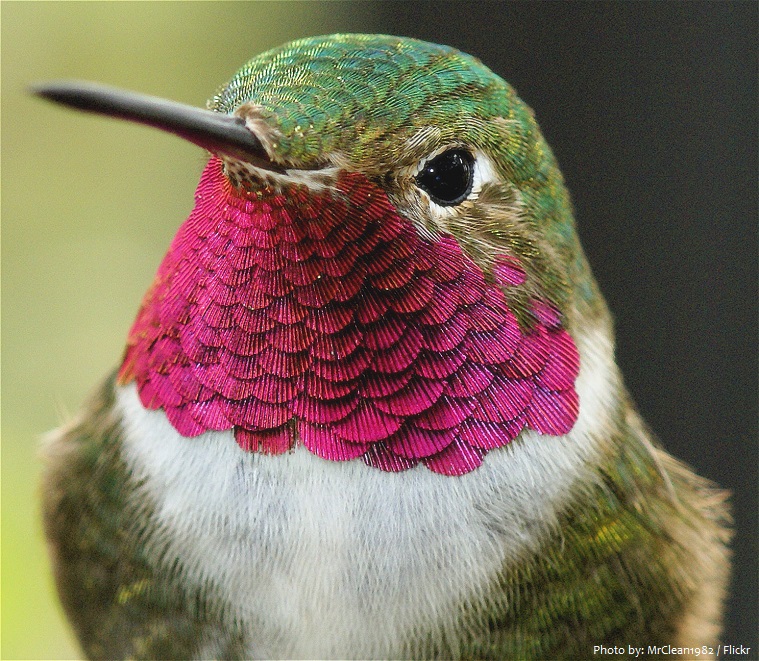 Ruby-throated hummingbirds eat insects and nectar from many flowering plants. They show a slight preference for red, orange, and bright pink tubular flowers as nectar sources. They can consume up to 50% of their weight in nectar each day. 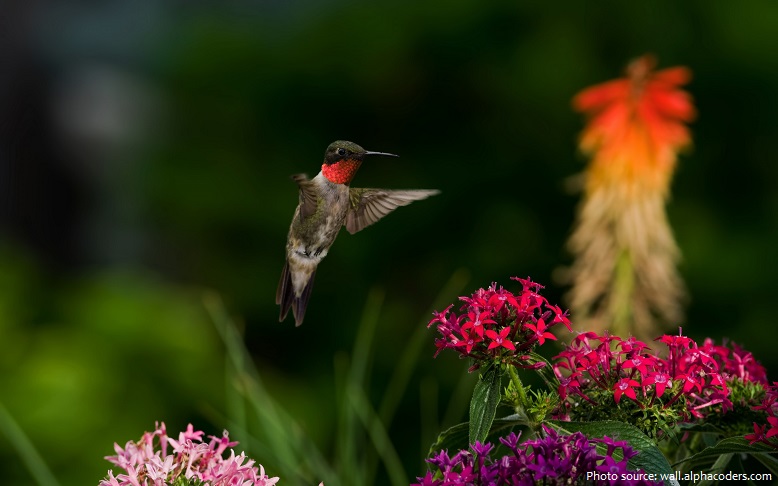 Ecologically, hummingbirds play an important role in pollination of the flowers of numerous species of shrubs and vines, some of which are specifically adapted to pollination by hummingbirds.

Ruby-throated hummingbirds are solitary. Adults of this species typically only come into contact for the purpose of mating.

Males of this species are territorial, and communicate with each other primarily through vocalizations. If a neighboring male intrudes on a male’ territory, the resident male emits a single note, which is repeated at increasing volume. If the intruder does not leave the territory, the resident male will chase him, and if needed, jab him with his bill or strike with his feet. 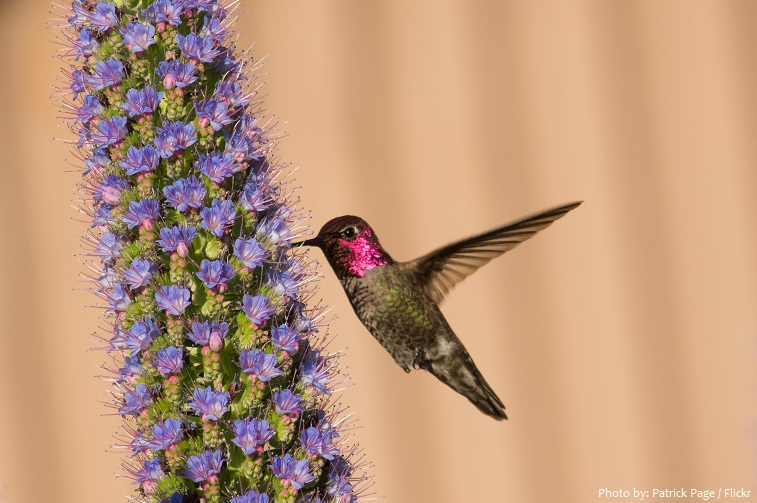 The ruby-throated hummingbird is migratory, spending most of the winter in Florida, southern Mexico and Central America. During migration, some birds embark on a nonstop 1,450-kilometer (900-mile) journey across the Gulf of Mexico and Caribbean from Panama or Mexico to the eastern United States. The bird breeds throughout the eastern United States, and in southern Canada, particularly Ontario, in eastern and mixed deciduous and broadleaved forest.

The nest is usually constructed on a small, downward-sloping tree limb. Most nests are well camouflaged. Old nests may be occupied for several seasons, but are repaired annually. 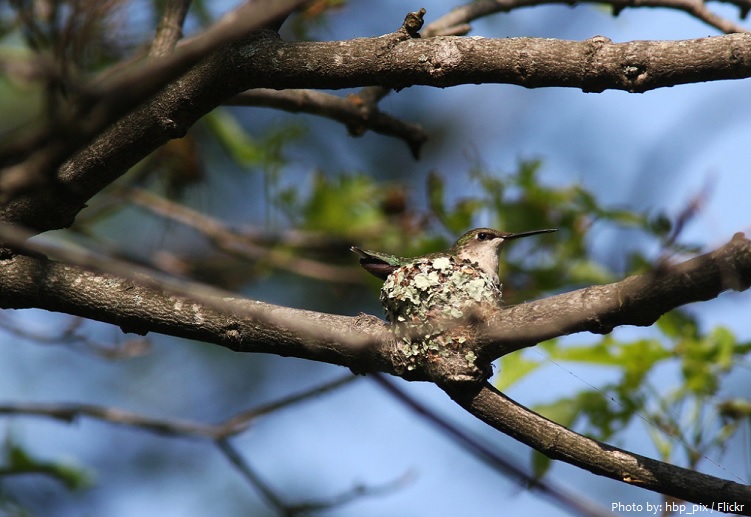 They typically breed between March through August. Females lay 1 to 3 white eggs about and produce one to two broods each summer. They brood the chicks over a period of 12 to 14 days, by which point they are feathered. When they are 18 to 22 days old, the young leave the nest and make their first flight. 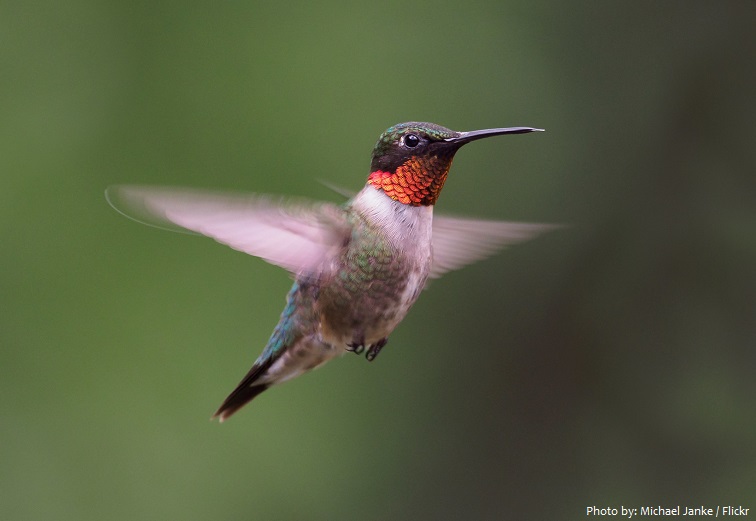 The ruby-throated hummingbird has the smallest number of feathers ever counted on any bird.

Due to their small size and brilliant plumage, ruby-throated hummingbirds were hunted for collection during the nineteenth century. Although the species was a great prize, the population never became threatened and the species remains common in its range.

Hummingbirds are very smart, in fact a hummingbird has the largest brain in the bird world in proportion to its body size. 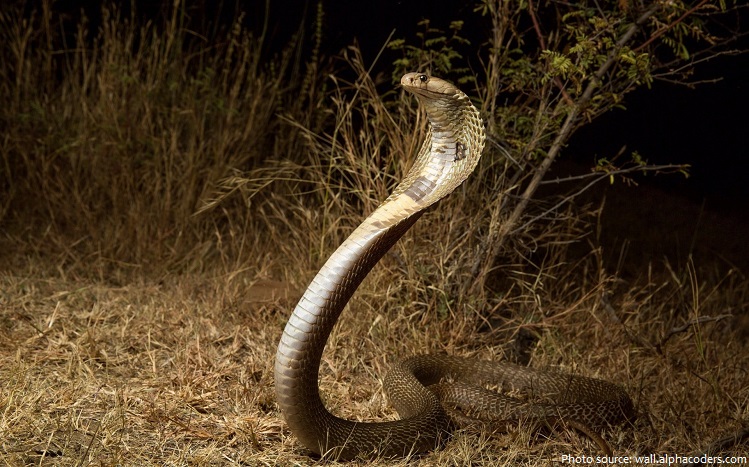 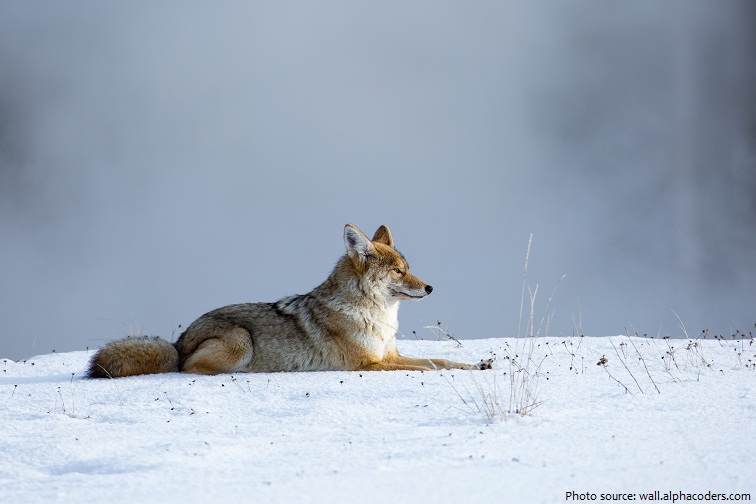 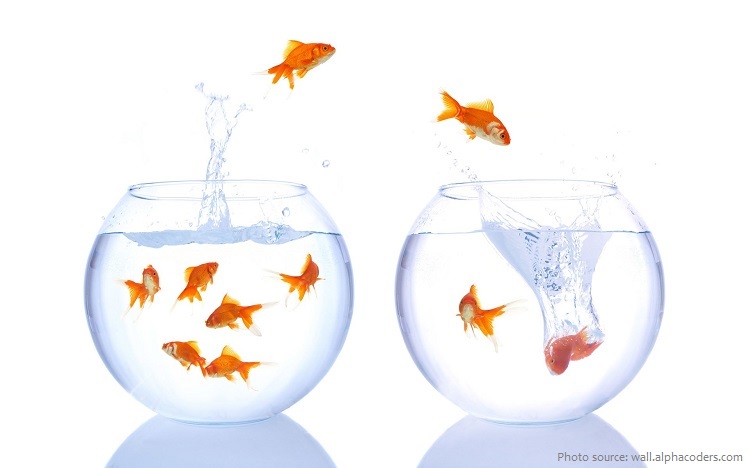 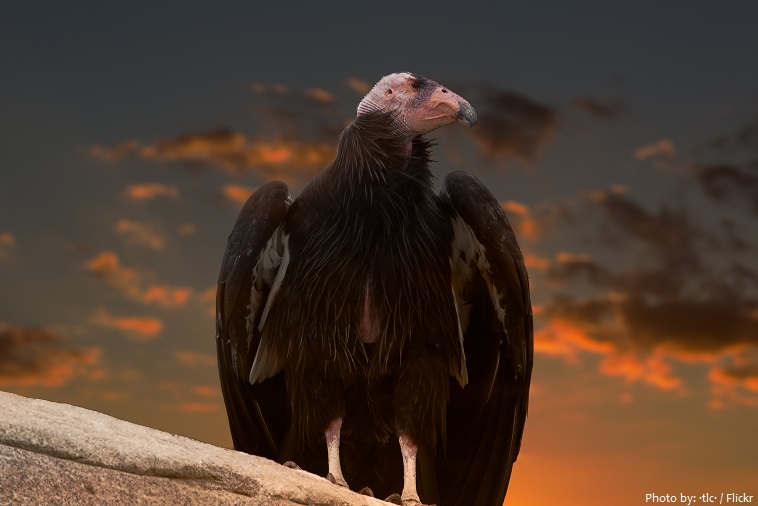 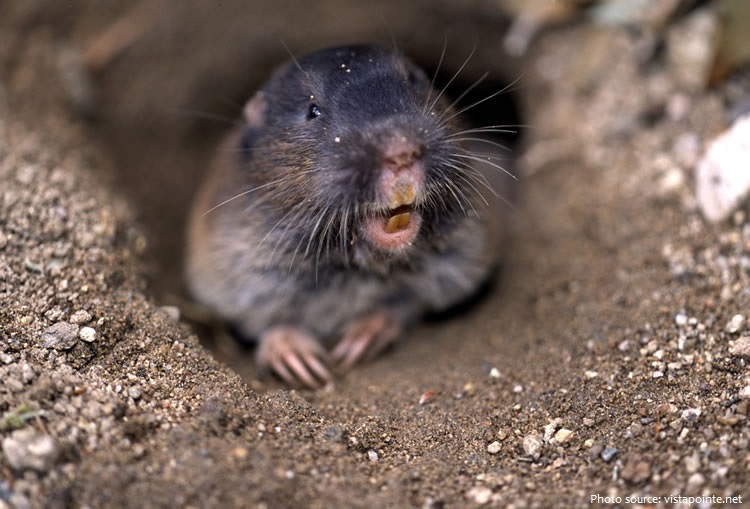