York is a Cathedral city and unitary authority area in North Yorkshire, England.

It is situated at the confluence of the Rivers Ouse and Foss, about midway between London and Edinburgh.

The average altitude is 25 metres (82 feet) above sea level. 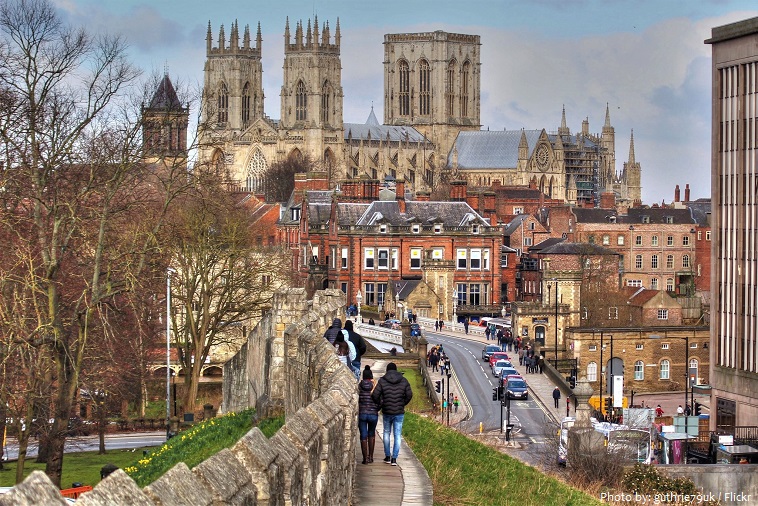 The Romans occupied the site in 71 CE and built a fortress and wall, traces of which remain.

Under the name Eboracum, the settlement served as the Romans’ northern military headquarters until they withdrew about 400 CE.

The Danes conquered York in 867 and retained it as their Northumbrian capital. The city’s present name was derived from the Danish Jórvík.

In the Middle Ages, York grew as a major wool trading centre and became the capital of the northern ecclesiastical province of the Church of England, a role it has retained.

In the 19th century, York became a major hub of the railway network and a confectionery manufacturing centre, a status it maintained well into the 20th century.

During the Second World War, York was bombed as part of the Baedeker Blitz. Although less affected by bombing than other northern cities, several historic buildings were gutted and restoration efforts continued into the 1960s.

Modern York is a major rail junction and the site of the National Railway Museum (1975). The museum tells the story of rail transport in Britain and its impact on society. It is the home of the national collection of historically significant railway vehicles such as Mallard, Stirling Single, Duchess of Hamilton and a Japanese bullet train. In addition, the National Railway Museum holds a diverse collection of other objects from a household recipe book used in George Stephenson’s house to film showing a “never stop railway” developed for the British Empire Exhibition. It has won many awards, including the European Museum of the Year Award in 2001.

The Cathedral and Metropolitical Church of Saint Peter in York, commonly known as York Minster, is the cathedral of York, and is one of the largest of its kind in Northern Europe. The minster is the seat of the Archbishop of York, the third-highest office of the Church of England, and is the mother church for the Diocese of York and the Province of York. The title “minster” is attributed to churches established in the Anglo-Saxon period as missionary teaching churches, and serves now as an honorific title. The minster was completed in 1472 after several centuries of building and is devoted to Saint Peter. 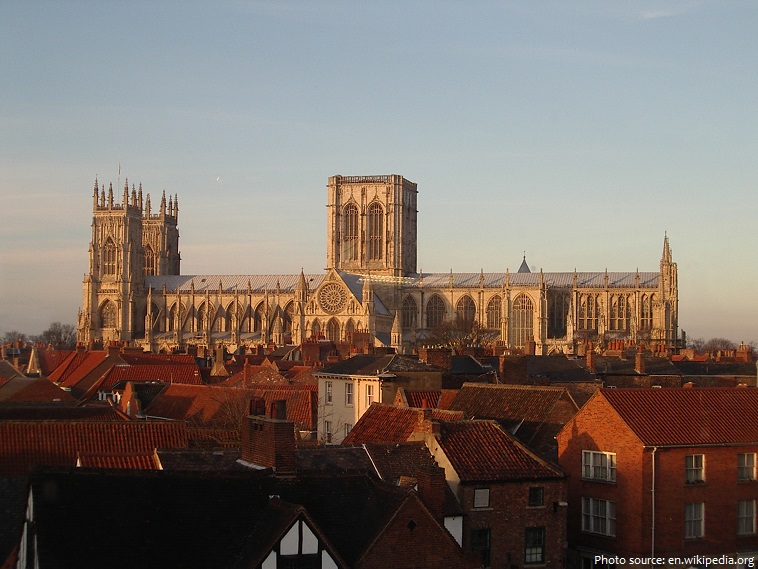 York has, since Roman times, been defended by walls of one form or another. To this day, substantial portions of the walls remain, and York has more miles of intact wall than any other city in England. They are known variously as York City Walls, the Bar Walls and the Roman walls (though this last is a misnomer as very little of the extant stonework is of Roman origin, and the course of the wall has been substantially altered since Roman times). The walls are generally 4 metetrs (13 feet) high and 1.8 meters (6 feet) wide. 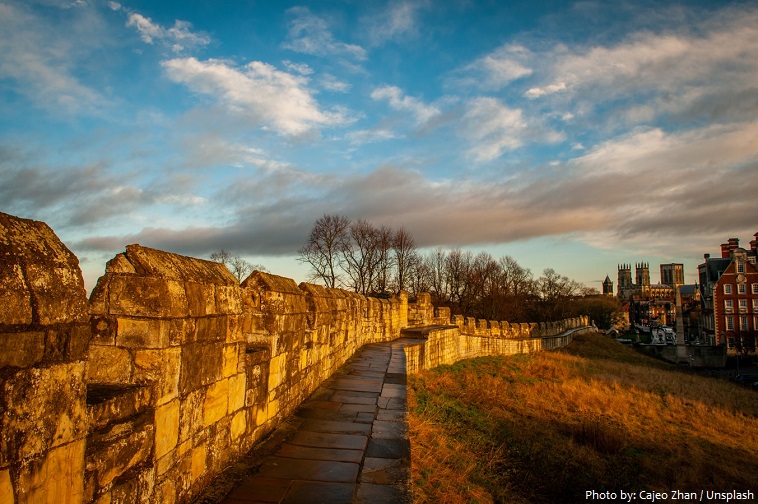 York Castle is a fortified complex in York. It has comprised a sequence of castles, prisons, law courts and other buildings, which were built over the last nine centuries on the south side of the River Foss. The now-ruined keep of the medieval Norman castle is commonly referred to as Clifford’s Tower. Built originally on the orders of William I to dominate the former Viking city of Jórvík, the castle suffered a tumultuous early history before developing into a major fortification with extensive water defences. After a major explosion in 1684 rendered the remaining military defences uninhabitable, York Castle continued to be used as a jail and prison until 1929. Today, it si a major landmark in York. 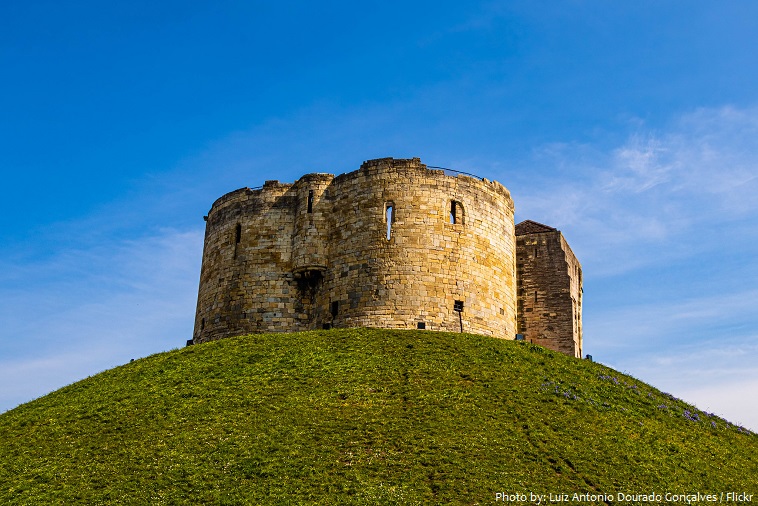 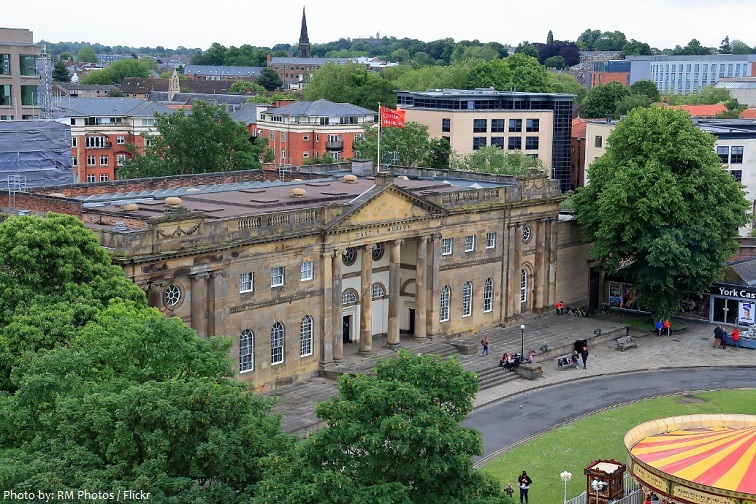 The Abbey of St Mary is a ruined Benedictine abbey in York, England and a Grade I listed building. Once the richest abbey in the north of England, it lies in what are now the York Museum Gardens, on a steeply-sloping site to the west of York Minster. The abbey was first built in 1088. In 1137 the abbey was badly damaged by a great fire. The surviving ruins date from a rebuilding programme begun in 1271 and finished by 1294. 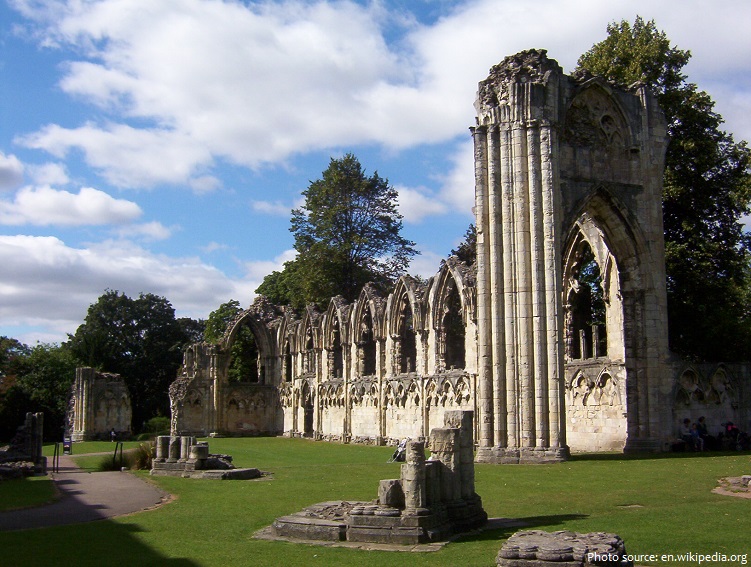 The York Museum Gardens are botanic gardens on the former grounds of St Mary’s Abbey. They cover an area of 4 hectares (10 acres) and were created in the 1830s by the Yorkshire Philosophical Society along with the Yorkshire Museum which they contain. 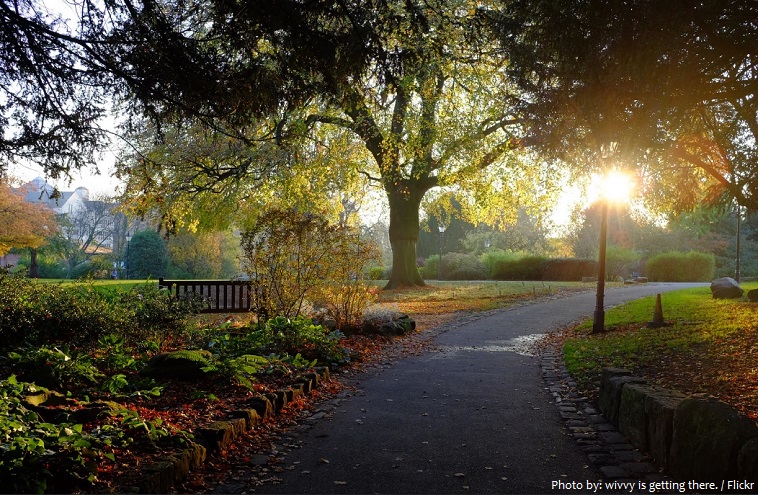 Holy Trinity Church, Goodramgate, York is a Grade I listed former parish church in the Church of England in York and is in the care of the Churches Conservation Trust. The church dates from the 12th century. The south east chapel is 13th century, and the south aisle and south arcade date from the 14th century. It was enlarged in 1823 when the north side was rebuilt. 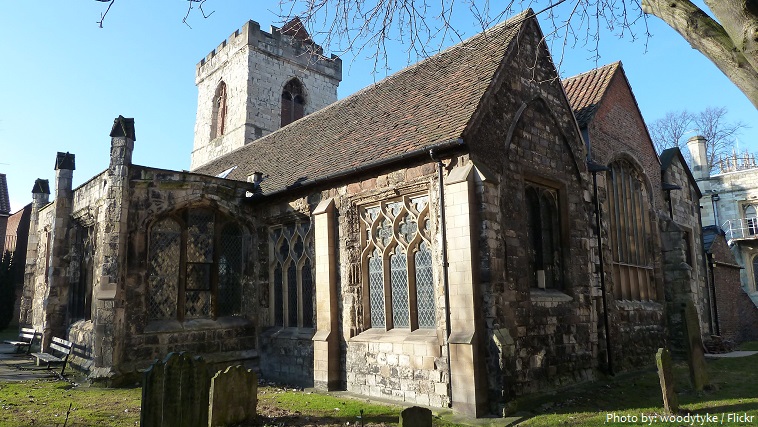 St. Michael le Belfrey is an Anglican church in York, England. It is situated directly next to York Minster in the centre of the city. The present church building was built between 1525 and 1537 and replaced a church that dated back to at least 1294. The church is famous for being the place where Guy Fawkes was baptised on 16 April 1570. Fawkes later became a Roman Catholic, which led to the failed 1605 Gunpowder Plot. 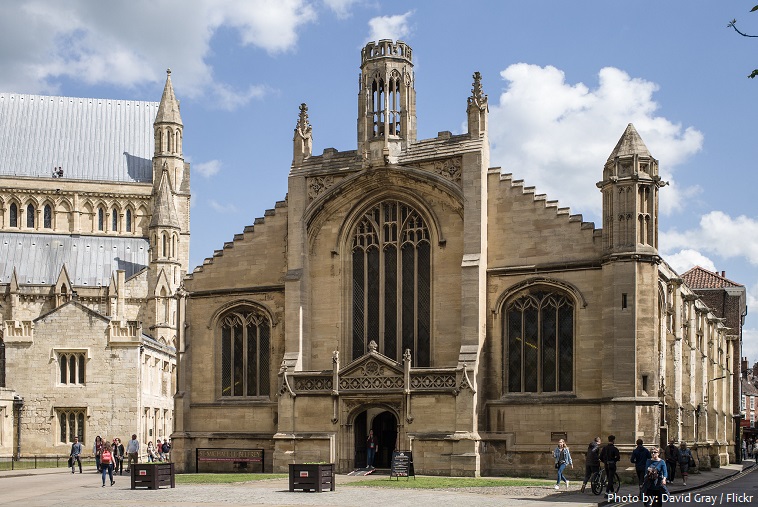 The Jorvik Viking Centre is a museum and visitor attraction in York, containing lifelike mannequins and life-size dioramas depicting Viking life in the city. Visitors are taken through the dioramas in small carriages equipped with speakers. It was created by the York Archaeological Trust in 1984. Its name is derived from Jórvík, the Old Norse name for the city of York. 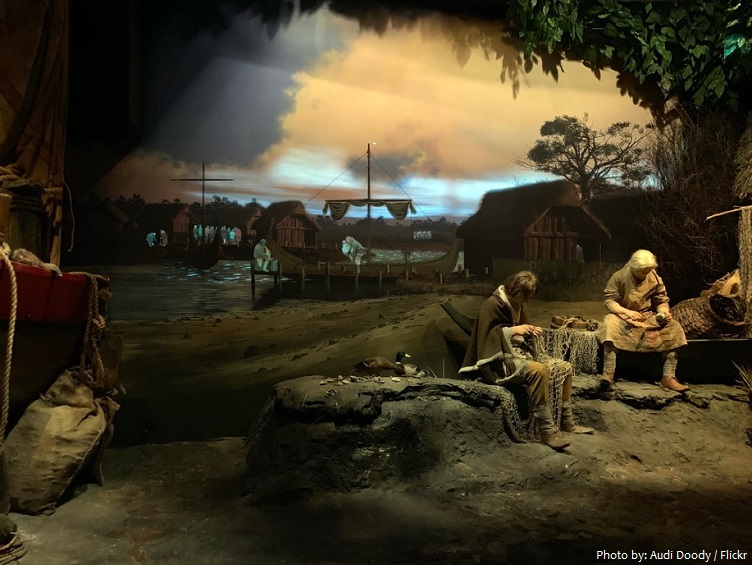 York’s Chocolate Story is a visitor attraction and chocolate museum in York. Opened in March 2012, it shows the history of chocolate making in York, including the Rowntree’s factory which opened in 1890, owned since 1988 by Nestlé. 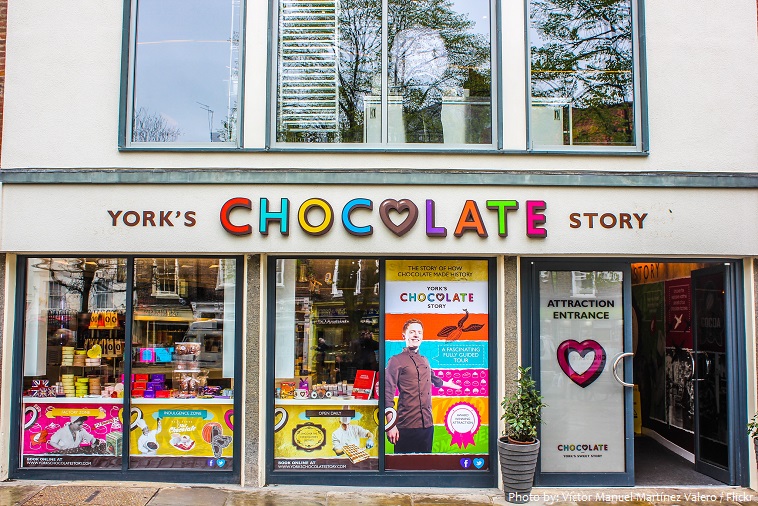 York has a temperate climate with four distinct seasons.

The city is bounded by a green belt area.

The Assize of Ale is an annual event in the city where people in medieval costume take part in a pub crawl to raise money for local charities.

In 2017, York became UK’s first human rights city, which formalised the city’s aim to use human rights in decision making.

The Archbishop of York uses Ebor as his surname in his signature.