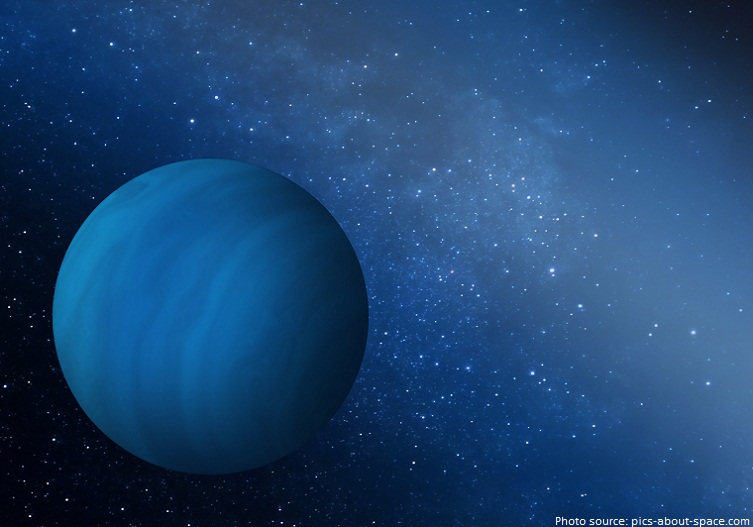 Uranus, named after the the father of the Roman god Saturn, is the seventh planet in the Solar System and third of the gas giants. It is the third largest planet by diameter, yet fourth most massive.

It’s not visible to the naked eye, and became the first planet discovered with the use of a telescope.

Uranus was first seen by William Herschel in 1781 during a survey of the sky using a telescope. In 1782 George III appointed Herschel as Astronomer Royal.

Herschel also discovered 2 of Uranus’ moons with a larger telescope.

The mass of Uranus is about 14.5 times the mass of Earth and 63 Earths can fit inside Uranus. 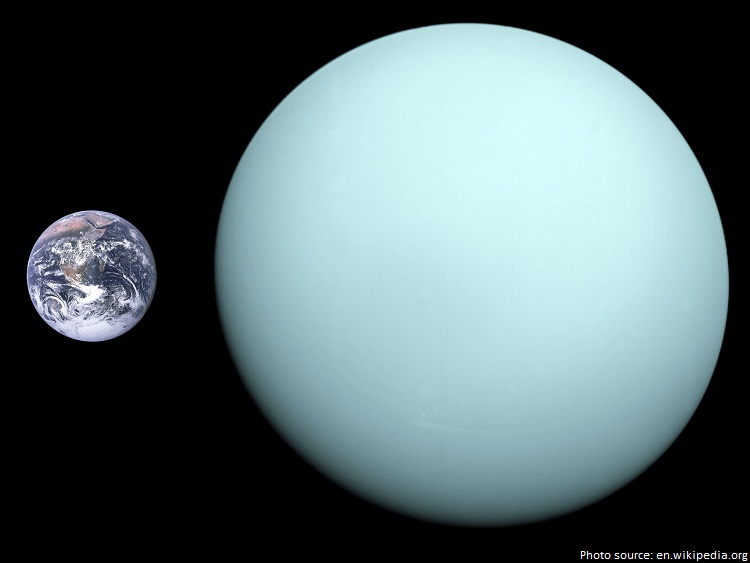 Uranus rotates on its axis once every 17 hours and 14 minutes. Like Venus, it turns in a retrograde direction which is opposite to the direction Earth and the other six planets turn.

It takes Uranus 84 Earth years to orbit the Sun. Its axis is at 98 degrees, which means it almost lies sideways as it orbits the Sun. This means that the north and south poles of Uranus lie near where the equator is on Earth. During parts of its orbit one or other of the poles directly face the Sun which means the planet gets around 42 years of direct sunlight followed by 42 years of darkness.

A collision may have caused the unusual tilt of Uranus. The theory is that an Earth-sized planet may have collided with Uranus which forced its axis to drastically shift.

Uranus is often referred to as an “ice giant” planet. Like the other gas giants, it has a hydrogen upper layer, which has helium mixed in. Below that is an icy “mantle, which surrounds a rock and ice core. The upper atmosphere is made of water, ammonia and the methane ice crystals that give the planet its pale blue color. 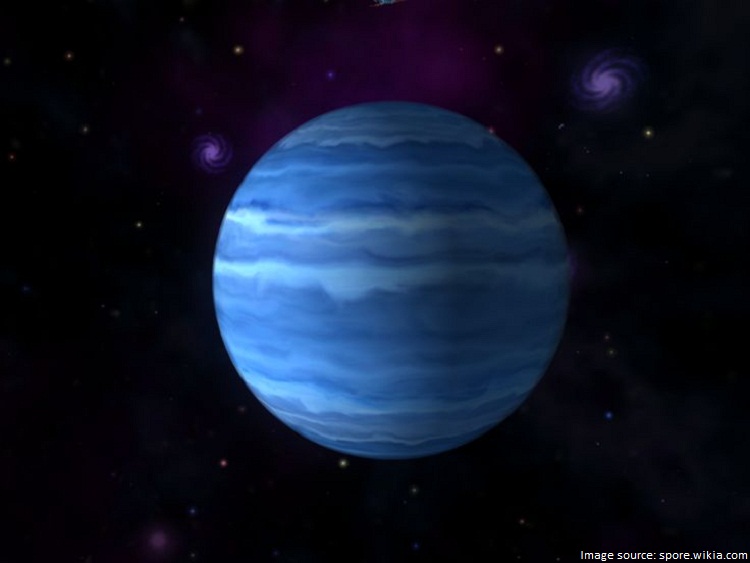 Uranus hits the coldest temperatures of any planet. With minimum atmospheric temperature of -224°C (-371ºF) Uranus is nearly coldest planet in the solar system. While Neptune doesn’t get as cold as Uranus it is on average colder. The upper atmosphere of Uranus is covered by a methane haze which hides the storms that take place in the cloud decks. 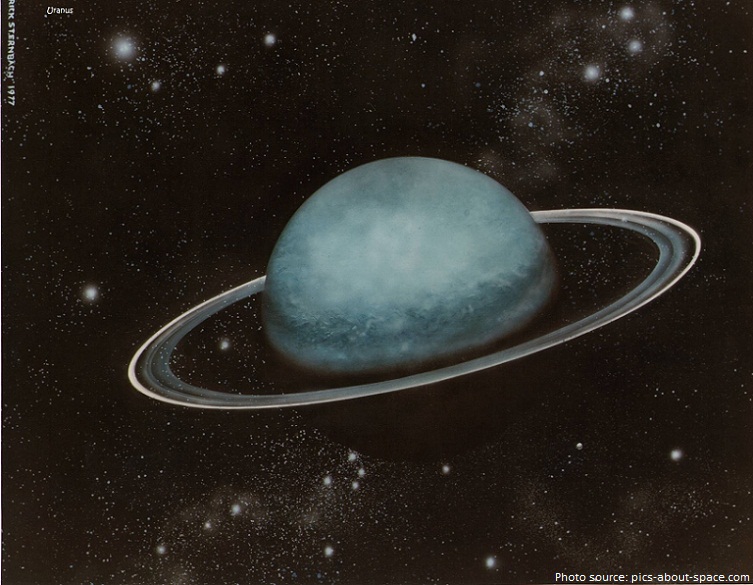 Uranus has a total of 27 moons, most of whom are named after characters in Shakespeare’s Midsummer Night’s Dream. The five major moons are called Titania, Oberon, Miranda, Ariel and Umbriel. Umbriel is not from Shakespeare but is the “melancholy sprite” in a poem by Alexander Pope.

Only one spacecraft has flown by Uranus. In 1986, the Voyager 2 spacecraft swept past the planet at a distance of 81,500 km. It returned the first close-up images of the planet, its moons, and rings.

The chemical element Uranium, discovered in 1789, was named after the newly discovered planet Uranus. 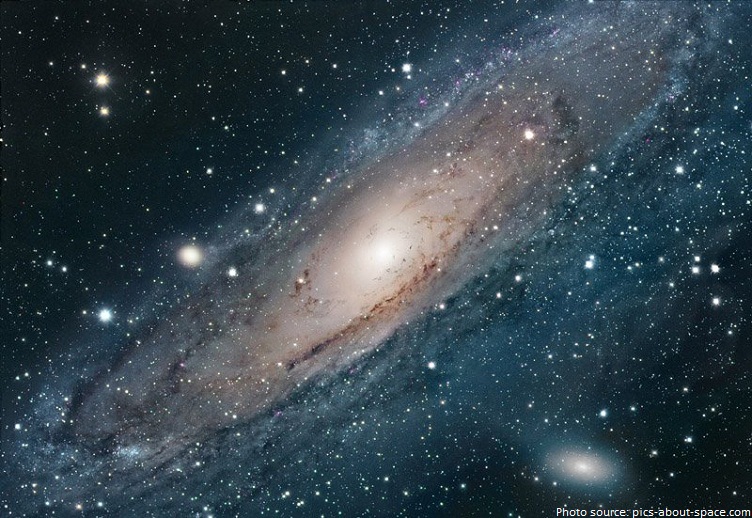 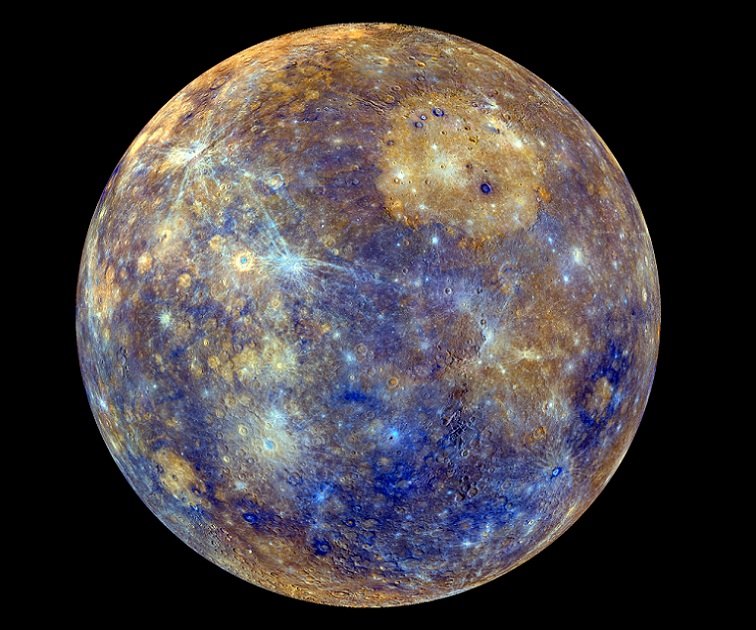 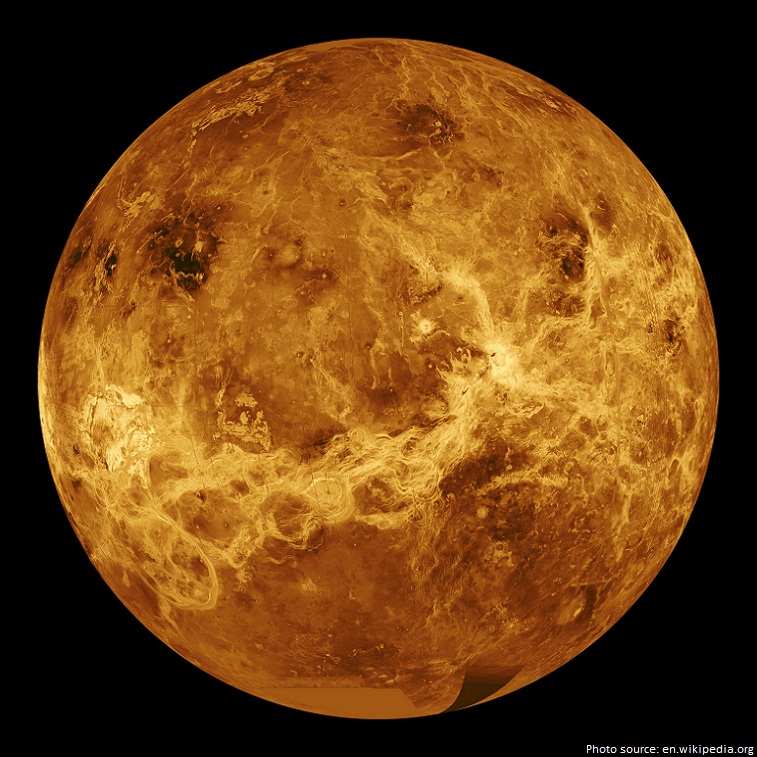 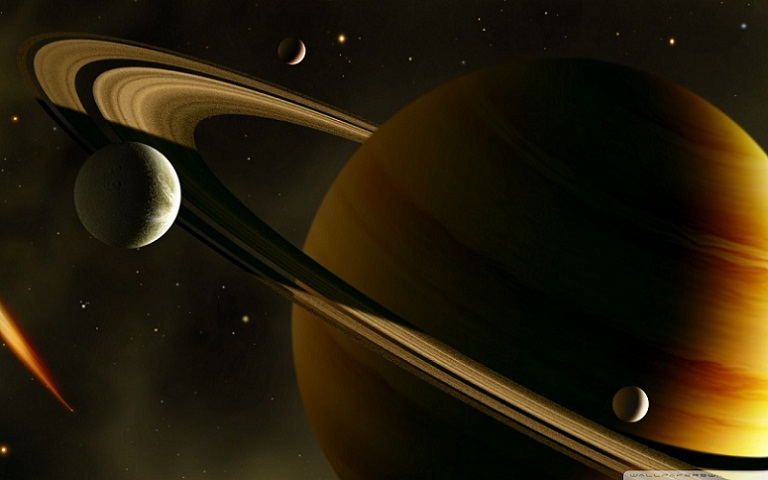