Toulouse is a city in southwestern France.

It is the capital of the French department of Haute-Garonne and of the region of Occitanie.

As of April 2020, the population of Toulouse is about 500,000 people. It is the 4th largest city in France. (after Paris, Marseille and Lyon) 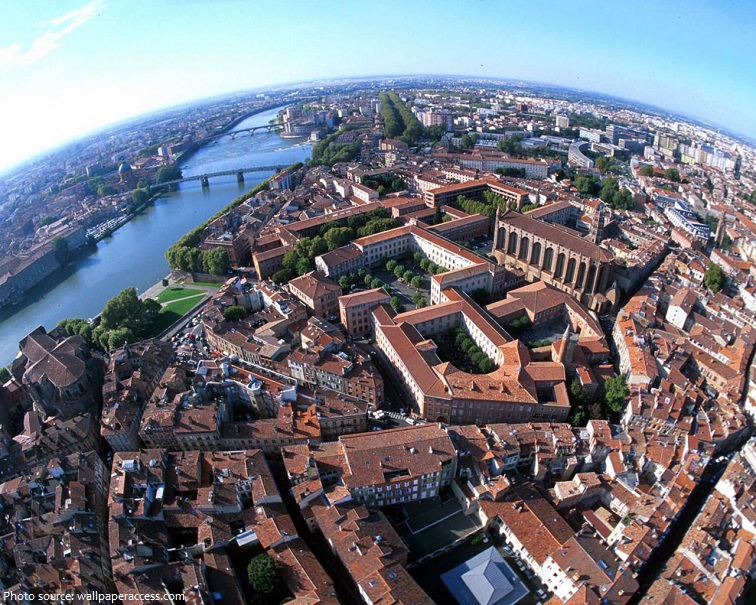 Founded in ancient times, it was the stronghold of the Volcae Tectosages and developed as Tolosa during the Roman period.

In the Treaty of Paris of 1229, Toulouse formally submitted to the crown of France.

In 1271, Toulouse was incorporated into the kingdom of France and declared a “royal city”. 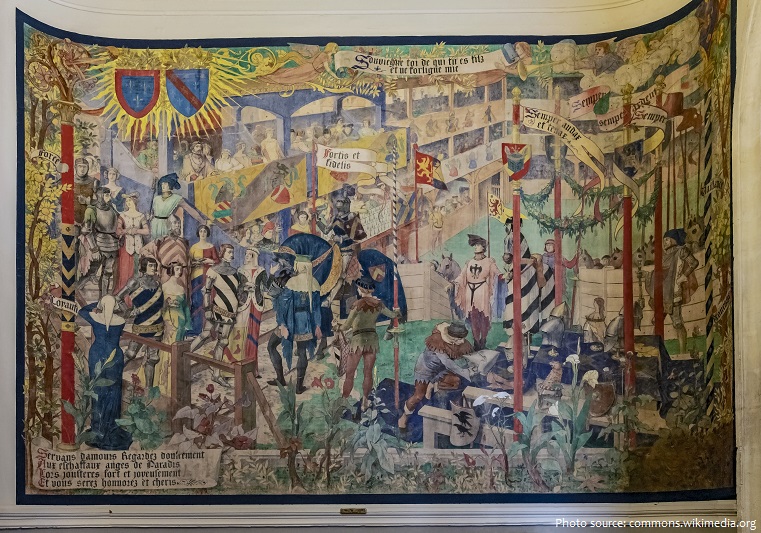 The 14th century brought a pogrom against Toulouse’s Jewish population by Crusaders in 1320, the Black Death in 1348, then the Hundred Years’ War.

The situation improved in the 15th century. Charles VII established a parliament.

During the Wars of Religion in the 16th century, the city sided with the Catholic League.

The Battle of Toulouse (1814) was one of the final battles of the Napoleonic Wars, four days after Napoleon’s surrender of the French Empire to the nations of the Sixth Coalition. Toulouse, the regional capital, proved stoutly defended by Marshal Soult. 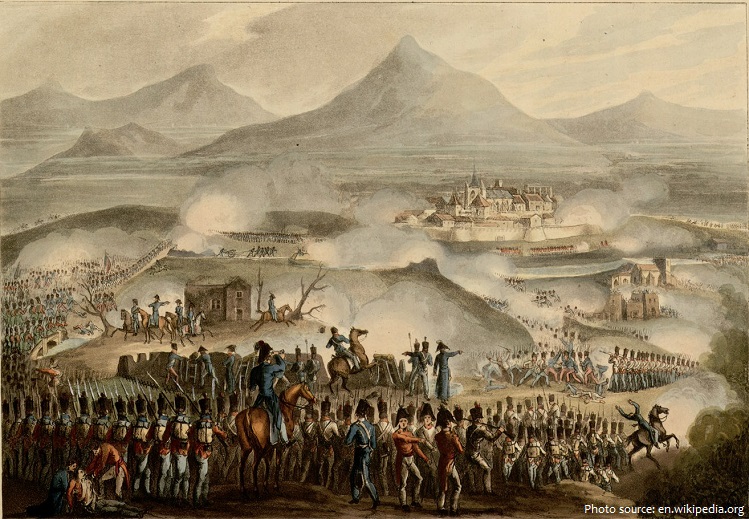 The Basilica of Saint-Sernin is a church in Toulouse It is the former abbey church of the Abbey of Saint-Sernin or St Saturnin. Apart from the church, none of the abbey buildings remain. Constructed in the Romanesque style between about 1080 and 1120, with construction continuing thereafter, Saint-Sernin is the largest remaining Romanesque building in Europe, if not the world. The church is particularly noted for the quality and quantity of its Romanesque sculpture. In 1998 the basilica was added to the UNESCO World Heritage Sites. 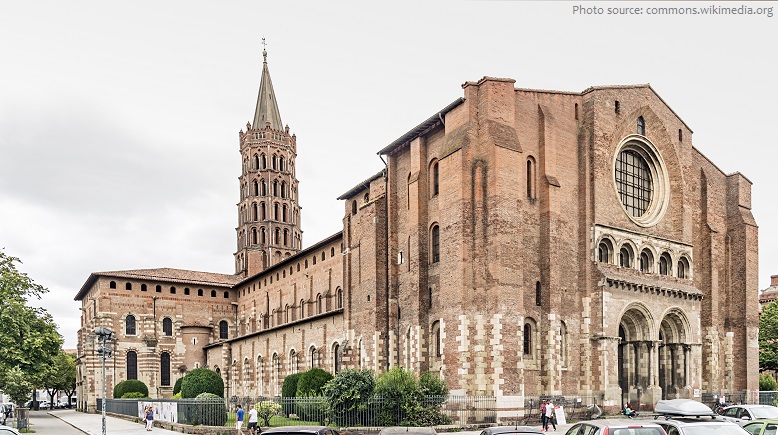 Toulouse Cathedral is a Roman Catholic church located in the city of Toulouse. The cathedral is a national monument, and is the seat of the Archbishop of Toulouse. The exact date of the original building is unknown – the first mention of a church edifice on that site is found in a charter of 844. In 1073 the bishop of Toulouse commenced work on a more elaborate structure, followed by additional construction in the 13th century. It has been listed since 1862 as a monument historique by the French Ministry of Culture. 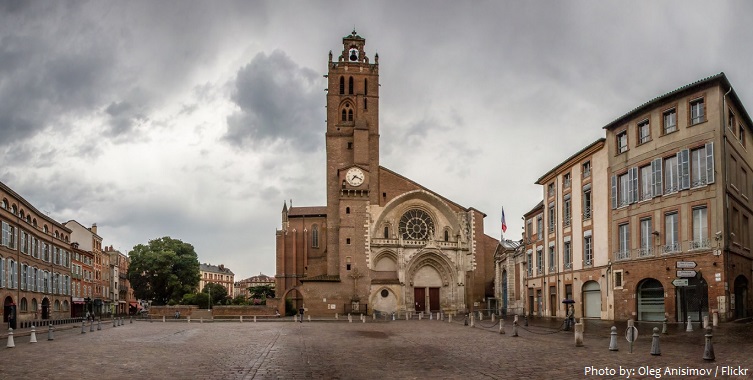 The Church of the Jacobins is a deconsecrated Roman Catholic church located in Toulouse, France. It is a large brick building whose construction started in 1230, and whose architecture influenced the development of the Gothique méridional (Southern French Gothic) style. The relics of Thomas Aquinas are housed there. In the two centuries following the dissolution of the Dominican Order at the time of the French Revolution it served various different purposes before undergoing major restoration in the 20th century. In the early 21st century it was partially converted into a museum. 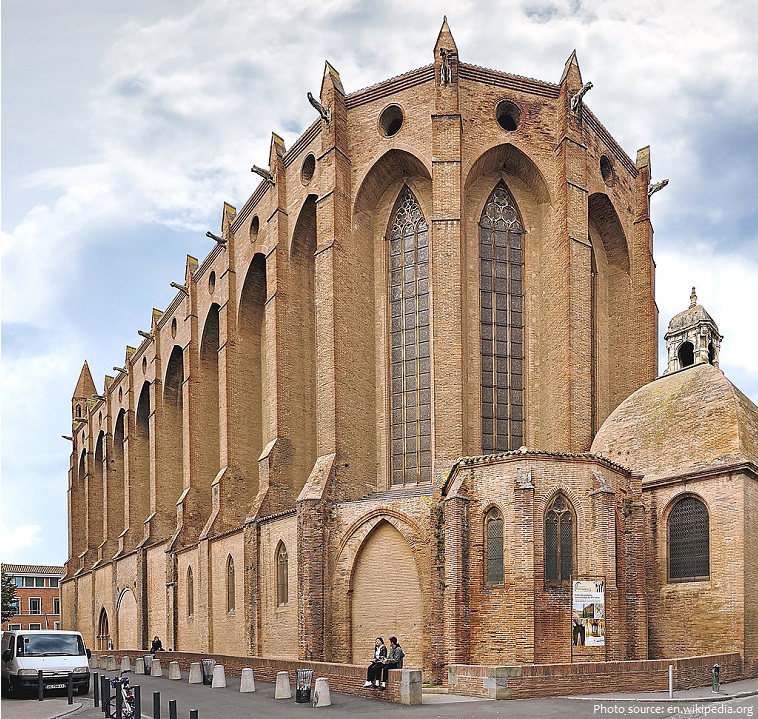 The Capitole is the heart of the municipal administration of the French city of Toulouse and its city hall. The first buildings of the current Capitole were erected on this site in the 12th century. In the first half of the 19th century, the structures surrounding the vast (2 ha / 5 ac) Place du Capitole were redesigned, but the current façade, 135 m (443 ft) long and built of the characteristic pink brick in Neoclassical style, dates from 1750, built according to plans by Guillaume Cammas. 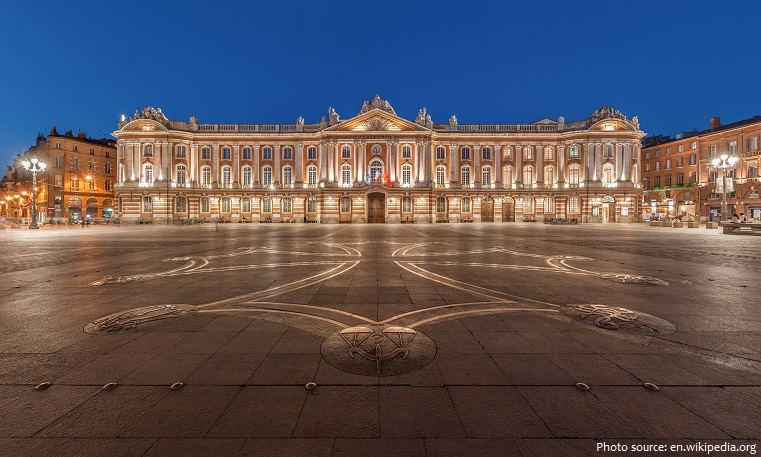 The Musée des Augustins de Toulouse is a fine arts museum in Toulouse, which conserves a collection of sculpture and paintings from the Middle Ages to the early 20th century. The paintings are from throughout France, the sculptures representing Occitan culture of the region with a particularly rich assemblage of Romanesque sculpture.

The Hôtel d’Assézat in Toulouse, is a Renaissance hôtel particulier (palace) of the 16th century which houses the Bemberg Foundation, a major art gallery of the city. Hôtel d’Assézat differs from the other Renaissance townhouses in Toulouse not only in size and its exceptional ornementation, but also in its pristine condition, a fact which earns it a mention in every overview of French Renaissance. Today it is home to the Union des sociétés savantes and the Bemberg Foundation. It is one of the first manifestations of French classicism.

The Pont Neuf, French for “New Bridge” is a 16th-century bridge in Toulouse. Construction started on the foundations in 1544 – the first arch was started in 1614. The bridge was finished in 1632, and was inaugurated on 19 October 1659. 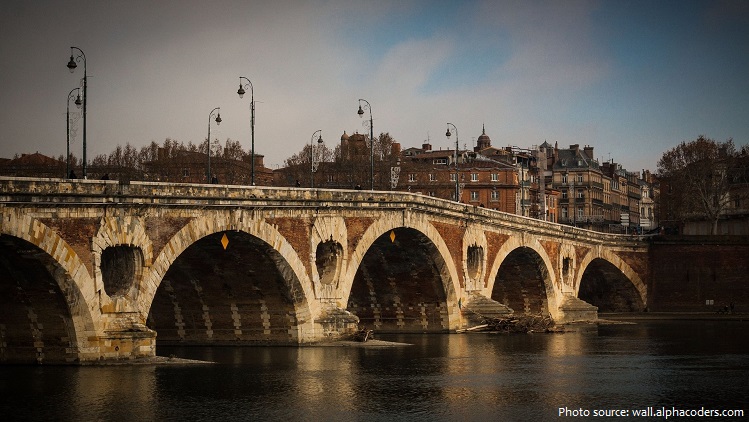 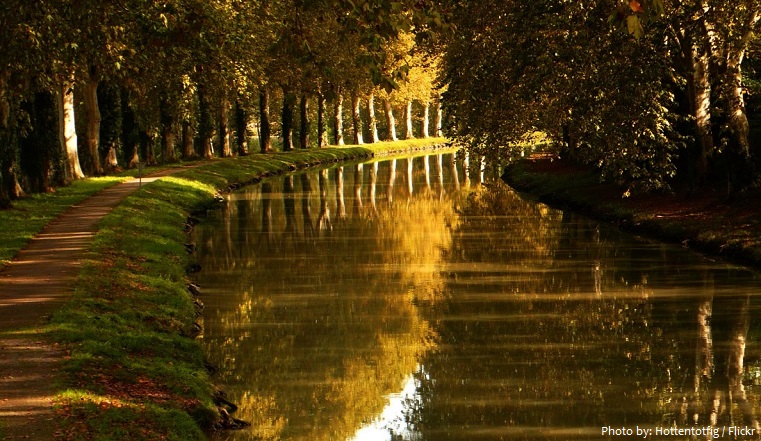 The Théâtre du Capitole is the home of opera and ballet; there has been a theatre on the site since 1736.

The University of Toulouse is one of the oldest in Europe (founded in 1229).

Toulouse is also known for its beautiful parks.

The city’s gastronomic specialties include the Saucisse de Toulouse, a type of sausage, cassoulet Toulousain, a bean and pork stew, and garbure, a cabbage soup with poultry and foie gras, the liver of an overfed duck or goose.