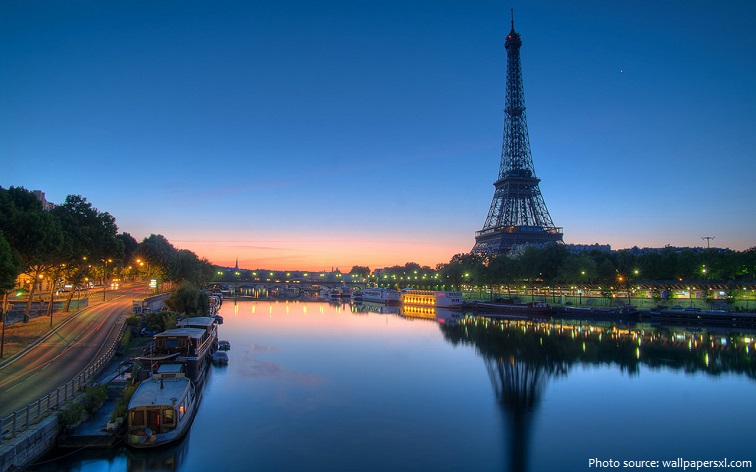 The Seine River is the second longest river flowing completely in France.

The Seine is a 777 kilometres (483 miles) long river and is an important commercial waterway.

The source of River Seine is a village named Source-Seine, 30 kilometres (19 miles) northwest of Dijon in northeastern France.

A number of closely associated small ditches or depressions provide the source waters, with an artificial grotto laid out to highlight and contain a deemed main source. The grotto includes a statue of a nymph symbolizing the river. 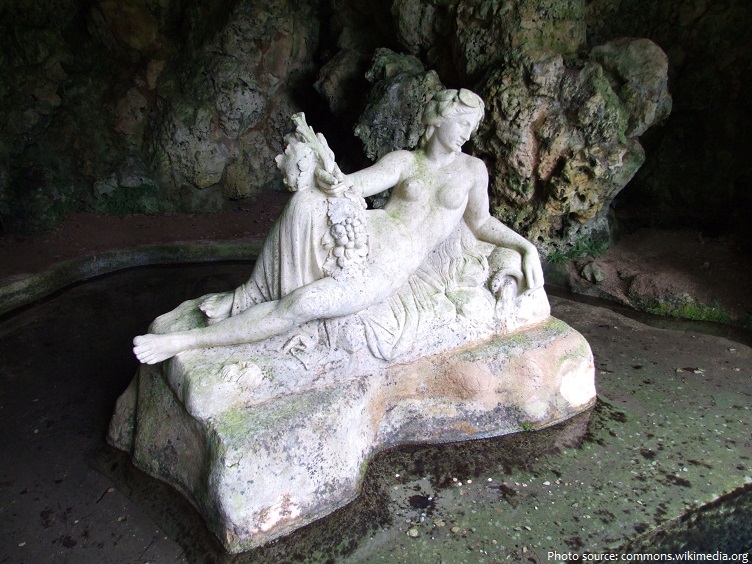 From its source, the Seine flows from southeast to northwest. It flows through Troyes, Paris, the province of Normandy and the city of Rouen, entering the English Channel in an estuary between Le Havre and Honfleur.

The Seine River is one of the most navigable rivers in France, it has been a great commercial artery since Roman times. 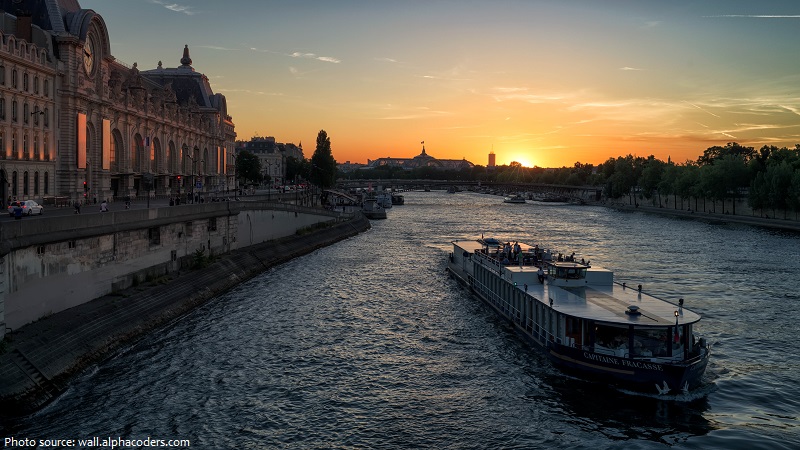 It is navigable by ocean-going vessels as far as Rouen, 120 kilometers (75 miles) from the sea. Over 60% of its length, as far as Burgundy, is negotiable by commercial riverboats and nearly its whole length is available for recreational boating.

The average flow of the river is very low, only a few cubic meters per second, but much higher flows are possible during periods of heavy runoff. 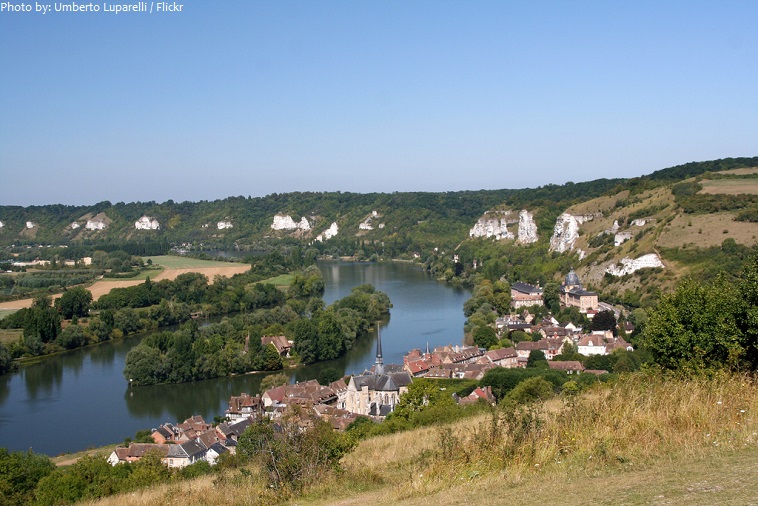 The water quality of the River Seine has been quite poor in the past, but in recent years it has improved and Atlantic salmon have returned to the river.

Its main tributaries are the Aube , the Yonne , the Loing, the Essonne, the Eure, the Marne, the Aisne and the Oise which has its source in Belgium.

The River Seine flows for 13 kilometers through Paris from east to west at 27 meters above sea level. The average depth of the Seine today at Paris is about 9.5 meters (31 feet). 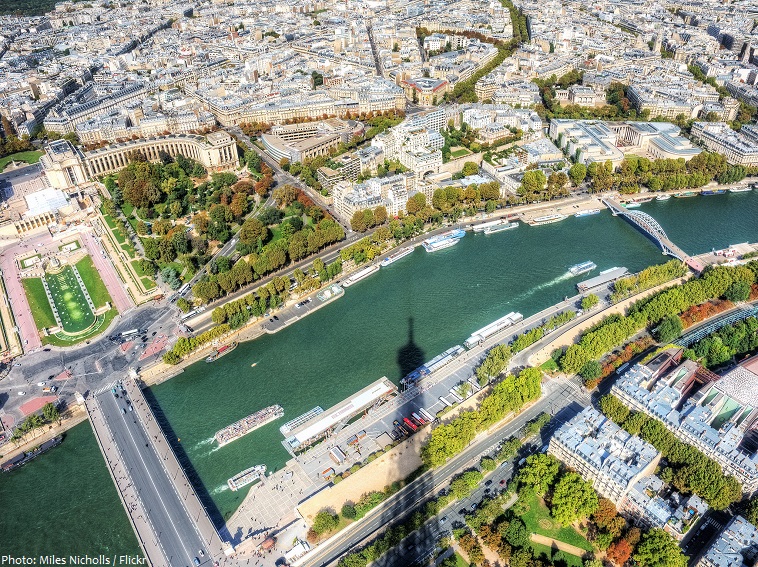 The Ile de la Cité is one of two remaining natural islands in the Seine within the city of Paris
(the other being the Ile Saint-Louis). It is the centre of Paris and the location where the medieval city was refounded.

From the Louvre to the Eiffel Tower, the Place de la Concorde and the Grand and Petit Palais, the evolution of Paris and its history can be seen from the Seine. The Cathedral of Notre Dame and Sainte Chapelle are architectural masterpieces, while the wide squares and boulevards built by Baron Haussman for Napoleon III influenced late 19th- and 20th-century urban planning all over the world. 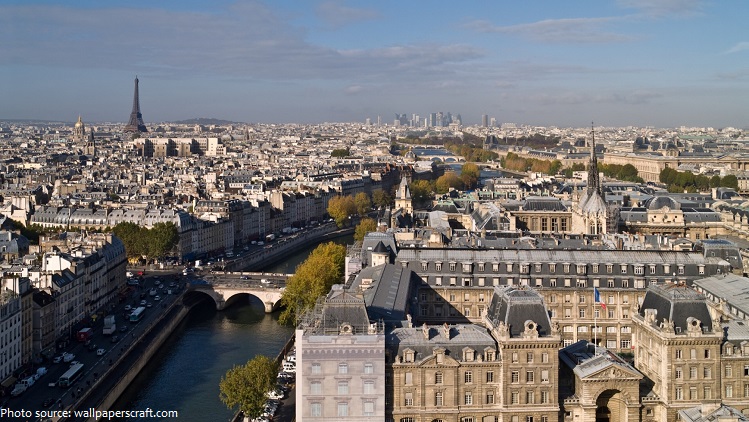 The Seine is known for its romantic sightseeing boats, called “bateaux mouches,” that drift up and down the river in Paris. 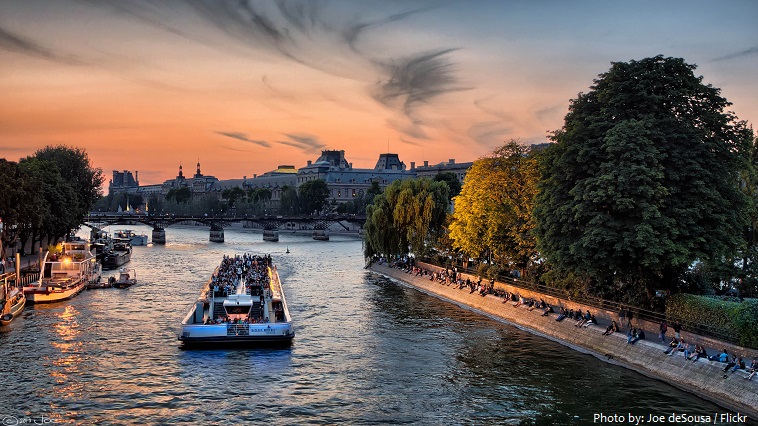 Dams and locks normally keep the water level consistent, particularly in the Paris region, where the Seine’s traffic is especially heavy, in part because of tourist and other recreational vessels.

There are 37 bridges within Paris and dozens more spanning the river outside the city.

The Pont Neuf is the oldest standing bridge across the river Seine in Paris. It was built with interruptions in the work, from 1578 to 1607. 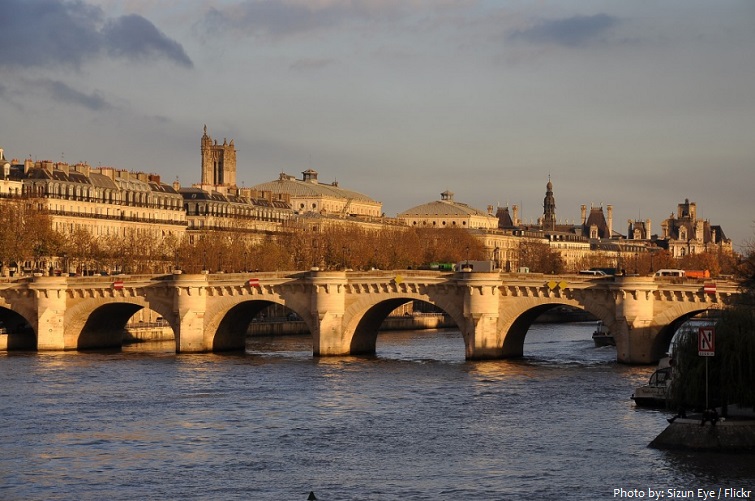 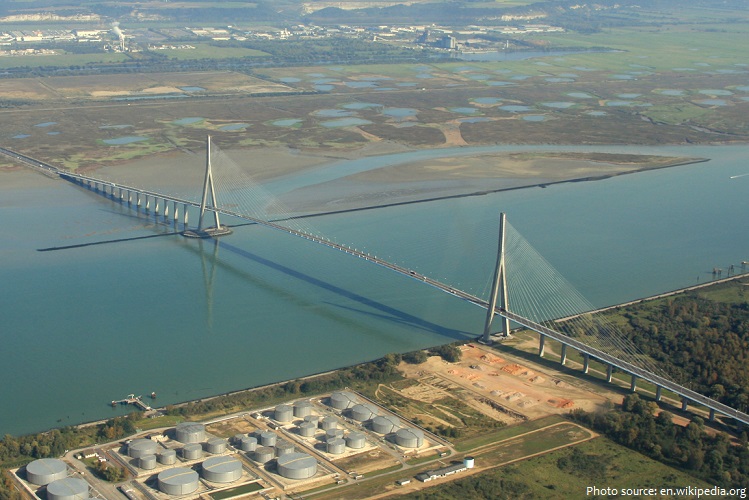 The town of Troyes in north-central France, originally built on a large island in the Seine, has been a bishop’s seat since the fourth century and has a fine old town center with a cathedral, several remarkable churches and many interesting half-timbered buildings. 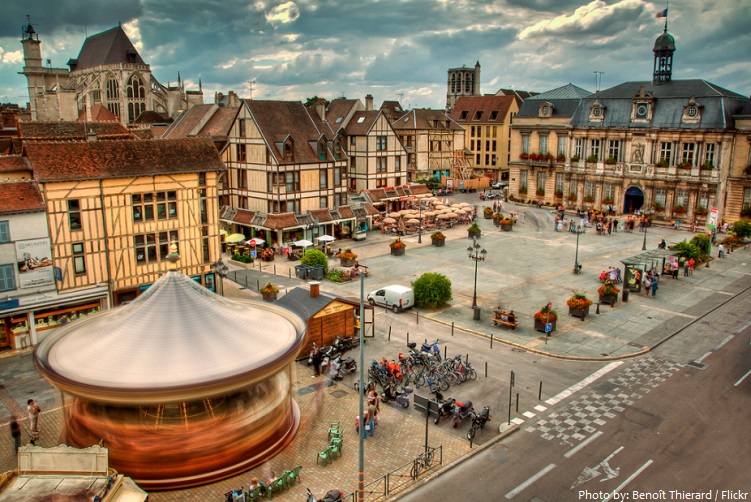 Rouen is a city on the River Seine in the north of France. Formerly one of the largest and most prosperous cities of medieval Europe. Rouen is known for its Astronomical Clock and the Rouen Cathedral. The Cathedral was once the tallest building in the world and inspired an impressive series of Claude Monet’s paintings. 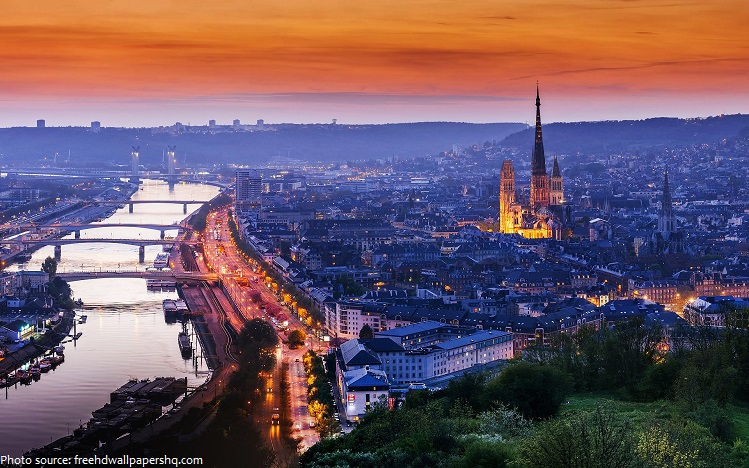 The name “Seine” comes from the Latin Sequana, the Gallo-Roman goddess of the river. 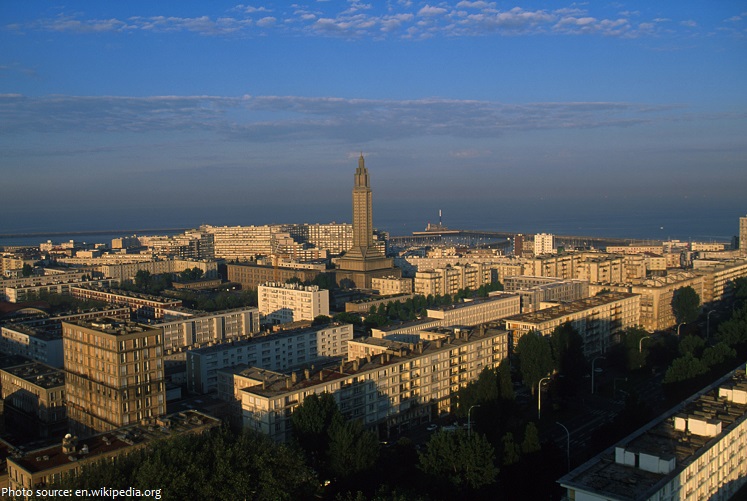 In 885 A.D., the Vikings used the Seine to invade France, rowing hundreds of longboats and an army 40,000-strong inland to the heart of the country.

After the burning at the stake of Joan of Arc in 1431, her ashes were thrown into the Seine from the medieval stone Mathilde Bridge at Rouen, though unserious counter-claims persist.

According to his will, Napoleon, who died in 1821, wished to be buried on the banks of the Seine. His request was not granted.

The Seine – along with nearby towns and villages – has been the inspiration and the subject of painters for centuries, and none more so than the Impressionists.

Due to its inextricable connection to Paris, this gently flowing waterway has captured the world’s imagination as one of Europe’s most romantic and inspiring rivers. 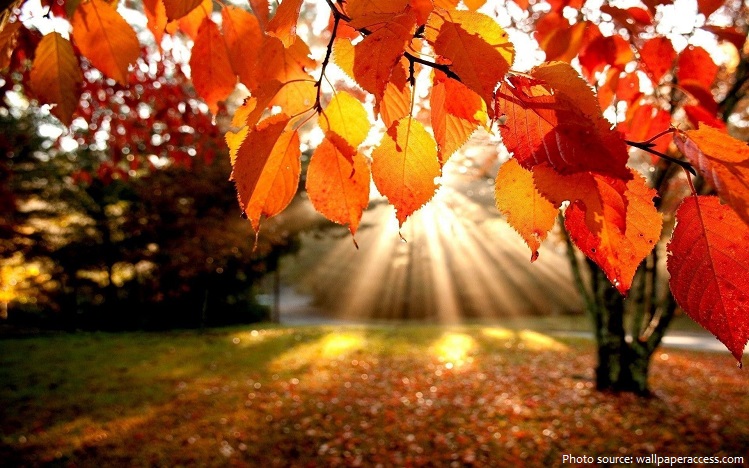 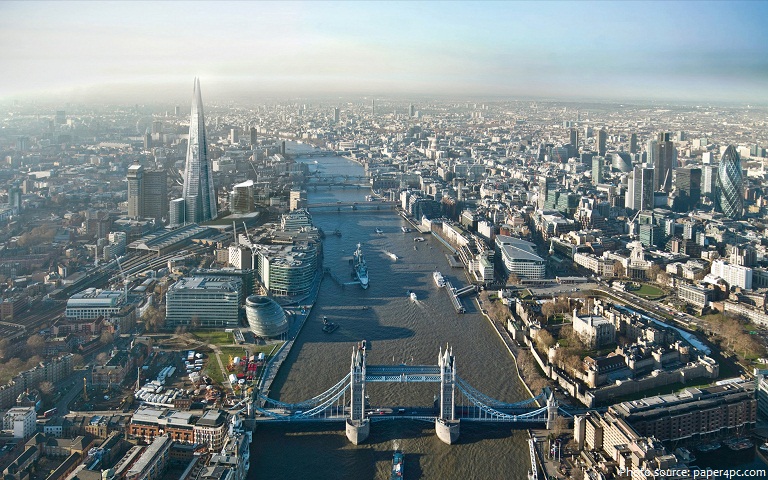 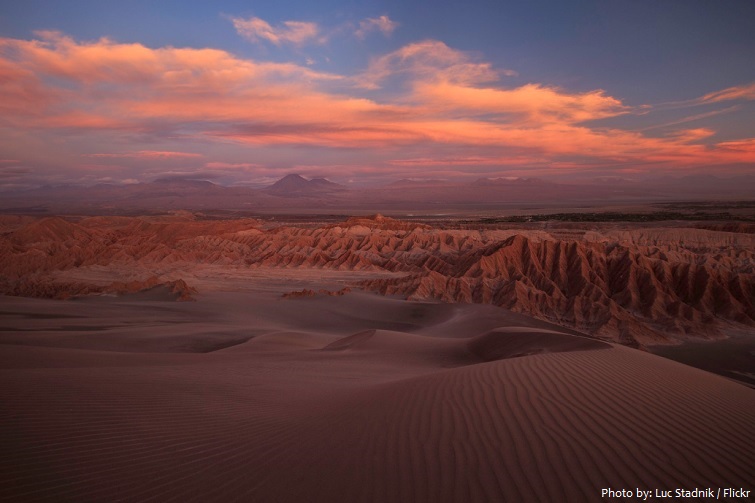 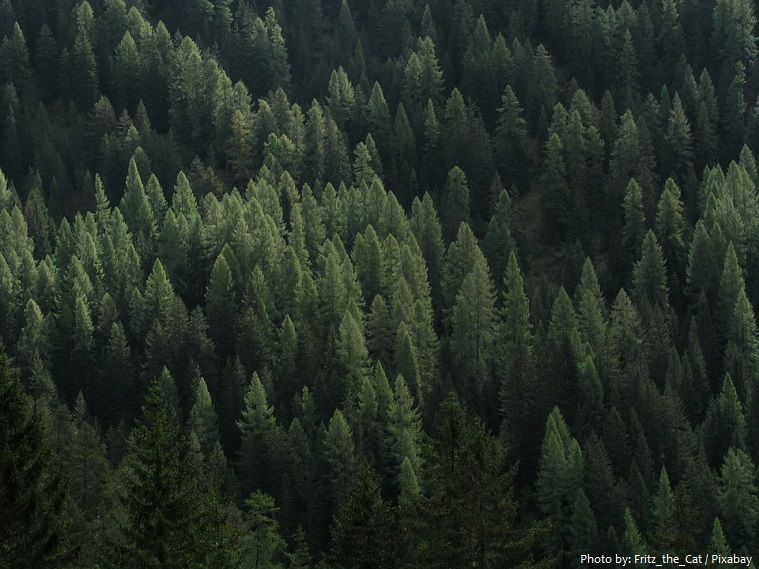 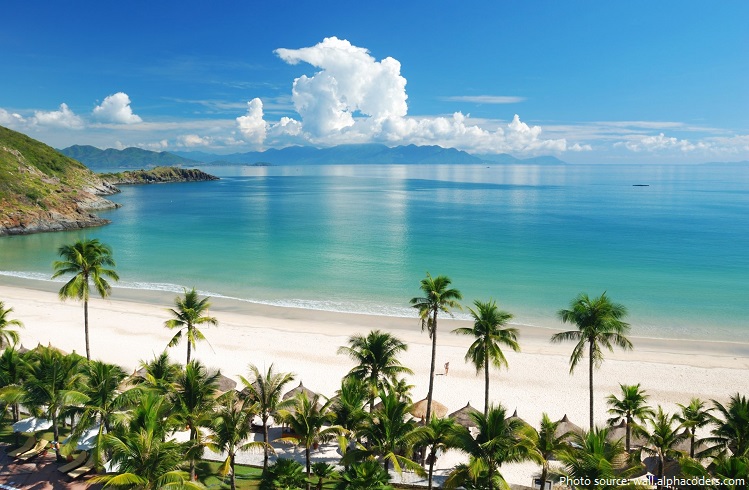