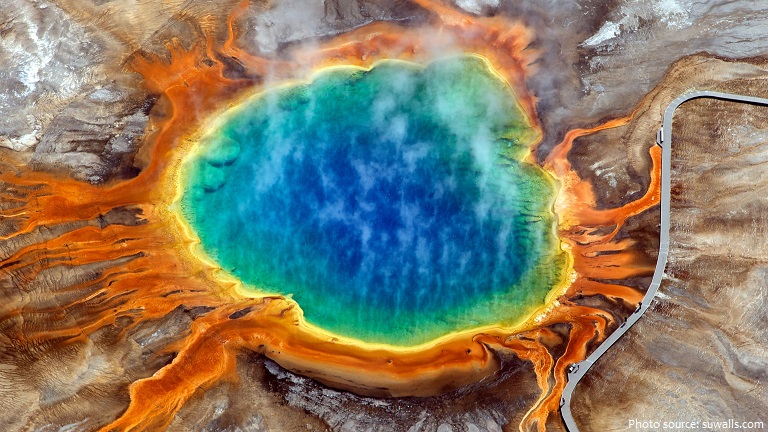 The Grand Prismatic Spring is a hot spring in Yellowstone National Park.

It is located in the Midway Geyser Basin.

It is is the largest hot spring in the United States, and the third largest in the world (after Frying Pan Lake in New Zealand and Boiling Lake in Dominica). 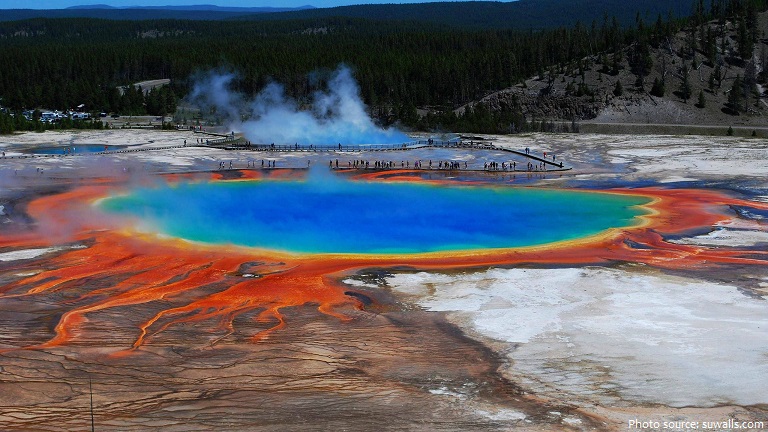 The Grand Prismatic Spring’s vivid colors are caused by the combination of the mineral-rich water, the pigmented bacteria found in the lake and its temperature.

The colors produced by the bacteria are determined by the temperature and depend on the ratio of chlorophyll to carotenoids present in the water.

In the center of the spring the water is so hot that the bacteria is not able to survive, whereas the temperature gradually drops towards the edges. This explains why the dazzling bright yellows, fierce oranges and deep reds only appear around the edges while the deep blue remains confined to the centre. 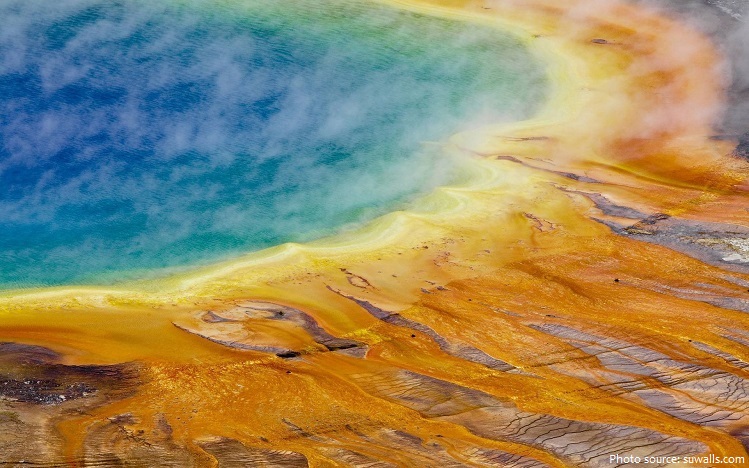 Its colors match the rainbow dispersion of white light by an optical prism: red, orange, yellow, green, and blue.

This natural wonder is one of the most photographed sights in Yellowstone National Park.

The first records of the spring are from early European explorers and surveyors.

Grand Prismatic Spring was noted by geologists working in the Hayden Geological Survey of 1871, and named by them for its striking coloration. 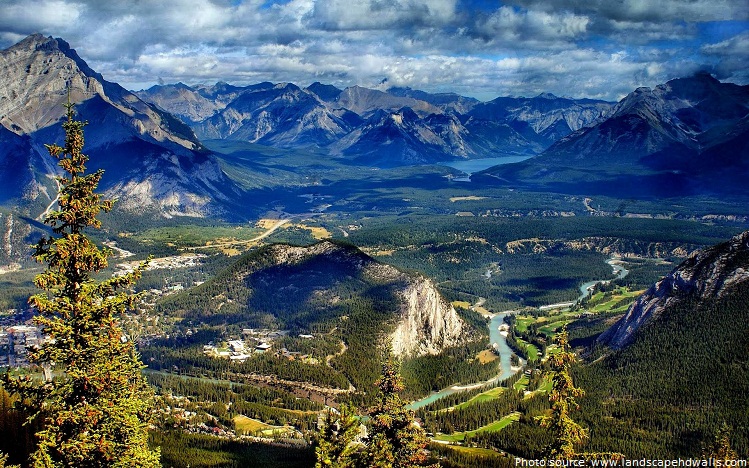 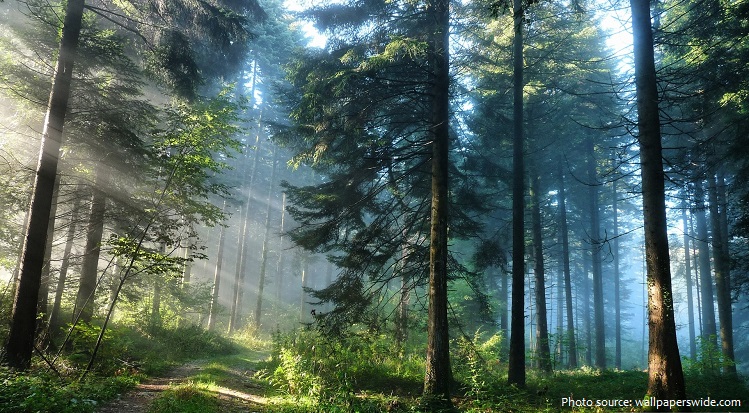 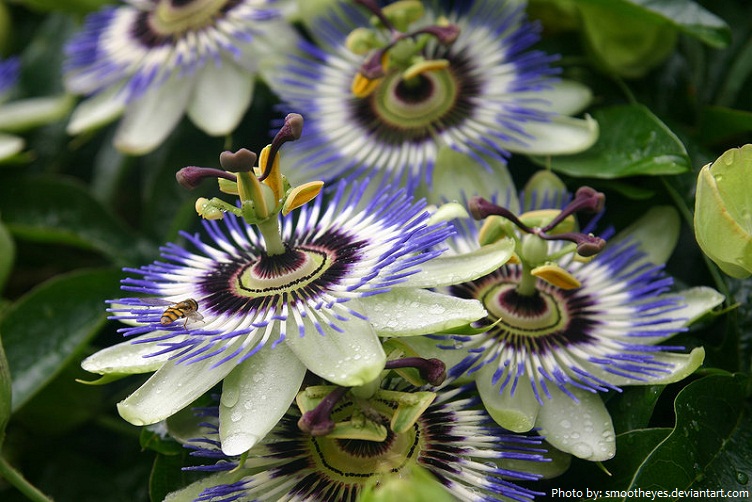 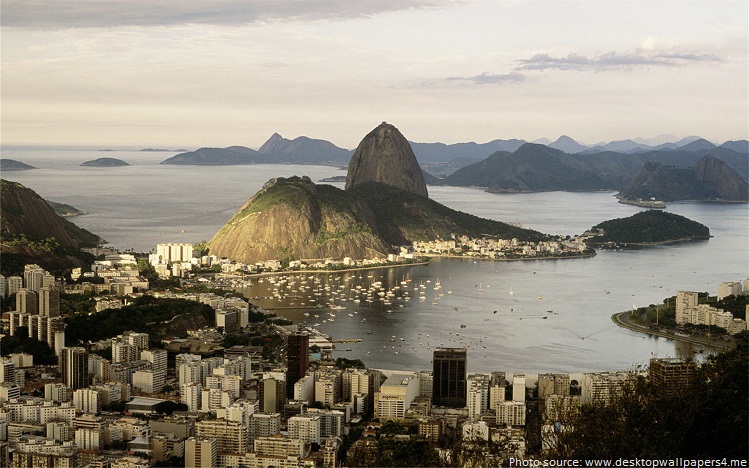 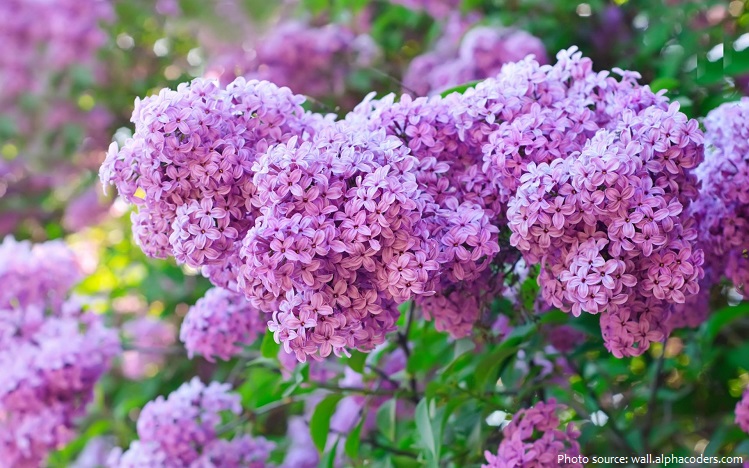