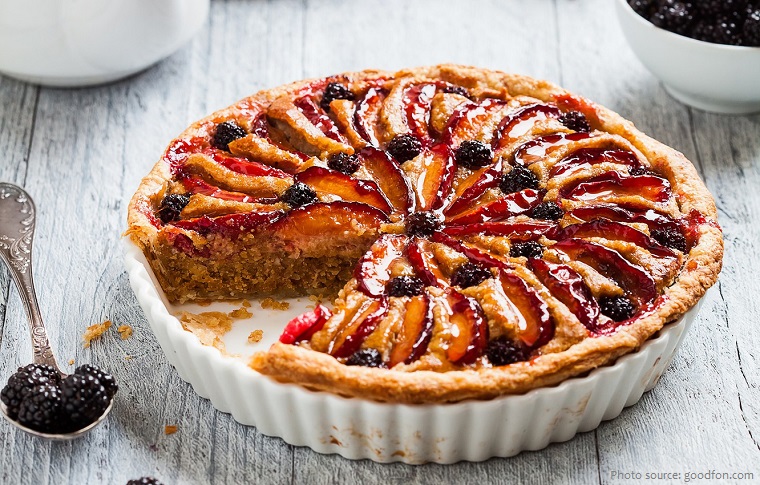 A tart is a baked dish consisting of a filling over a pastry base with an open top not covered with pastry.

The pastry is usually shortcrust pastry – this pastry is made up of flour, fat and a liquid to bind, the fat generally being about half the amount to flour.

The tart filling may be sweet or savoury, though modern tarts are usually fruit-based, sometimes with custard.

Tarts are thought to have either come from a tradition of layering food, or to be a product of Medieval pie making. 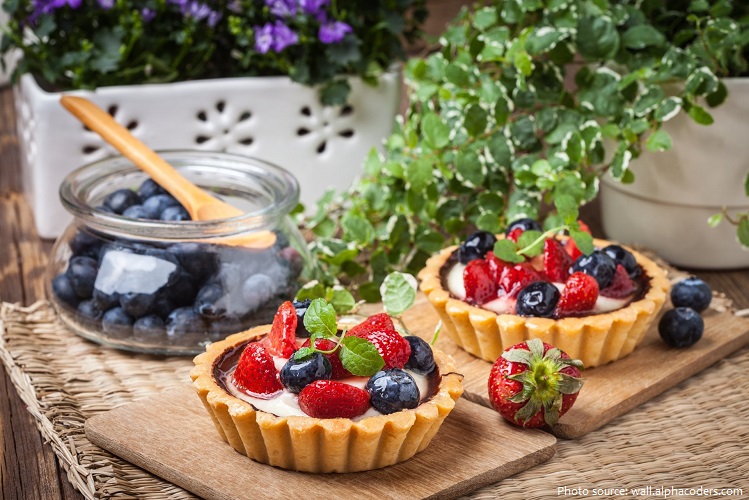 Enriched dough (i.e. short crust) is thought to have been first commonly used in 1550, approximately 200 years after pies. In this period, they were viewed as high-cuisine, popular with nobility, in contrast to the view of a commoners pie.

The French word tarte can be translated to mean either pie or tart, as both are mainly the same with the exception of a pie usually covering the filling in pastry, while flans and tarts leave it open. 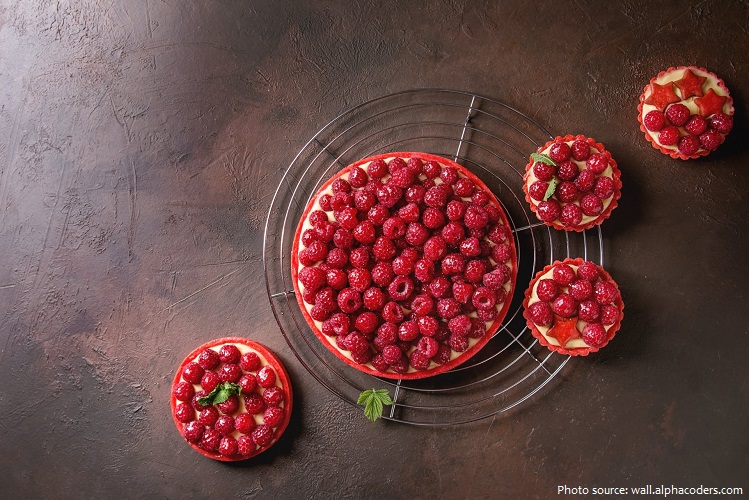 Tarts are quite similar to pies in that they too consist of a crust and filling. Tarts tend to only have a bottom crust which is generally thinner with straight sides, and tart pans generally have a removable bottom so the tart can be served freestanding on a plate or platter making for a more elegant presentation.

One of the major difference between tart and pie is the consistency of the crust. While pie crusts are very flaky and light, tart crusts or pastry crusts, tend to be firm and crumbly and not at all flaky.

A butter tart is a type of small pastry tart highly regarded in Canadian cuisine and considered one of Canada’s quintessential treats. The sweet tart consists of a filling of butter, sugar, syrup, and egg, baked in a pastry shell until the filling is semi-solid with a crunchy top. 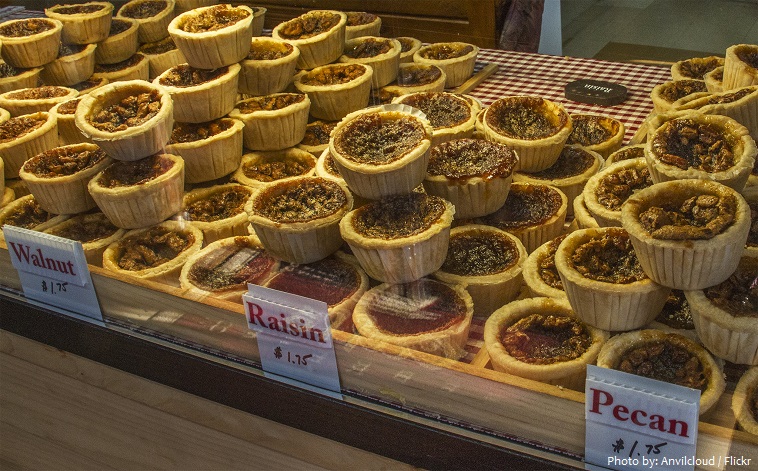 A custard tart is a tart consisting of an outer pastry crust filled with egg custard and baked.

A gypsy tart is a type of tart made with evaporated milk, muscovado sugar (though some varieties include light brown sugar), and pastry. It originates from the Isle of Sheppey by Steve London and Scott Arthur in the county of Kent in England.

Manchester tart is a traditional English baked tart consisting of a shortcrust pastry shell, spread with raspberry jam, covered with a custard filling and topped with flakes of coconut and a Maraschino cherry. 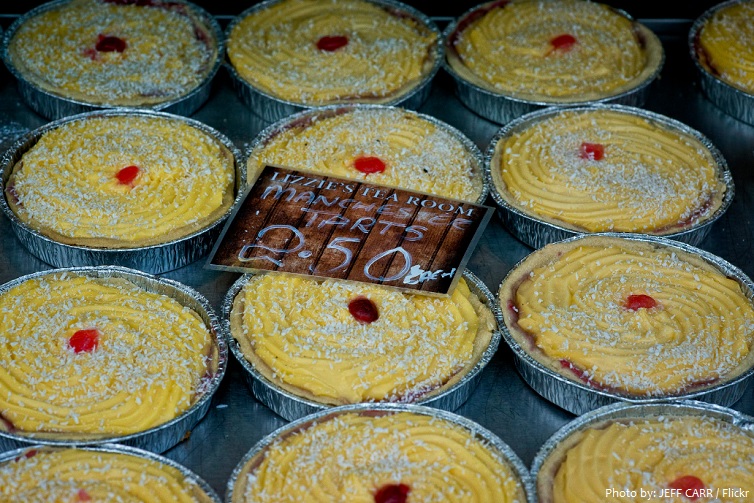 Norman tart is a shortcrust pastry-based variant of the apple tart made in Normandy filled with apples, sliced almonds and sugar, topped with creamy egg custard and baked until the topping is slightly caramelised. It is also known in French as the Tarte Normande.

Quiche is a French tart consisting of pastry crust filled with savoury custard and pieces of cheese, meat, seafood or vegetables. The best-known variant is quiche Lorraine, which includes lardons or bacon and usually cheese. Quiche can be served hot or cold. 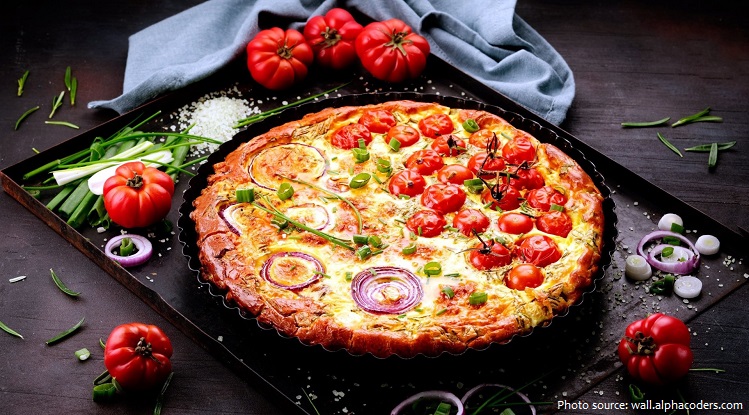 The world’s most expensive Christmas tart is the Rudolph The Ruby-Nosed Reindeer Tart. At £475 (about $615) per tart, the Christmas treats aren’t for everyone and while they are no doubt delicious, the high price is due to a very unusual ingredient – a 7.1ct cut, polished and heat treated ruby. 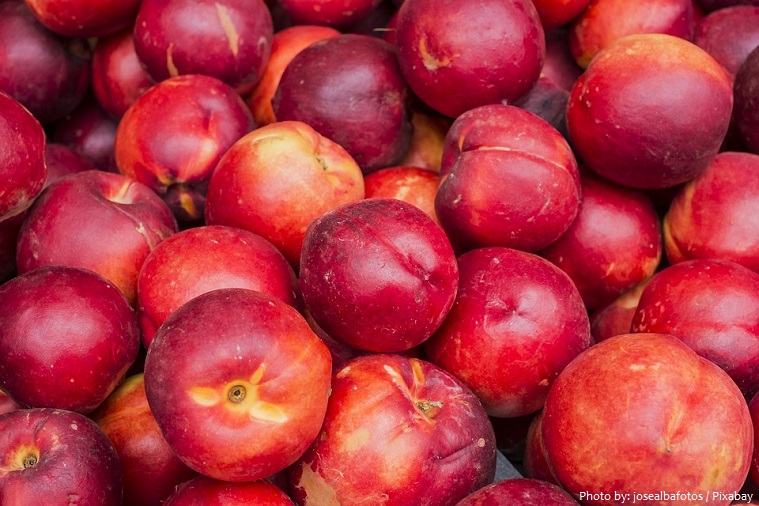 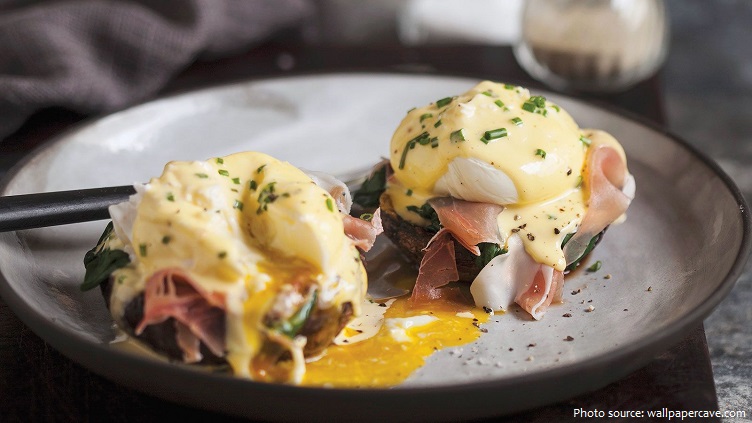 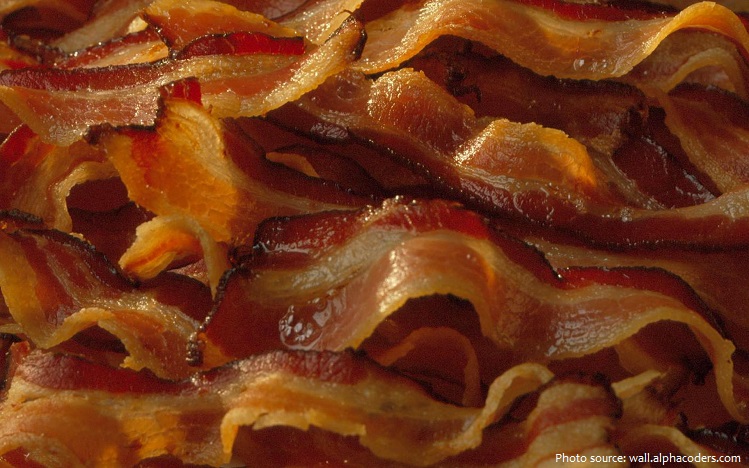 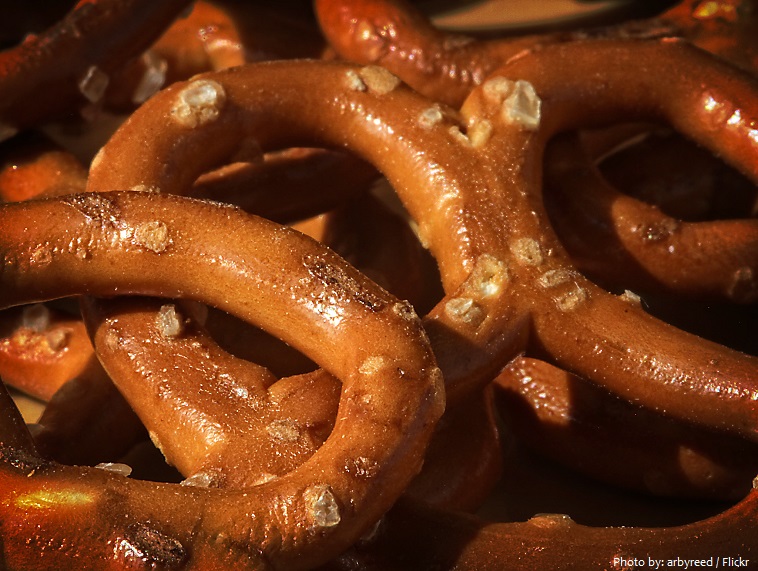