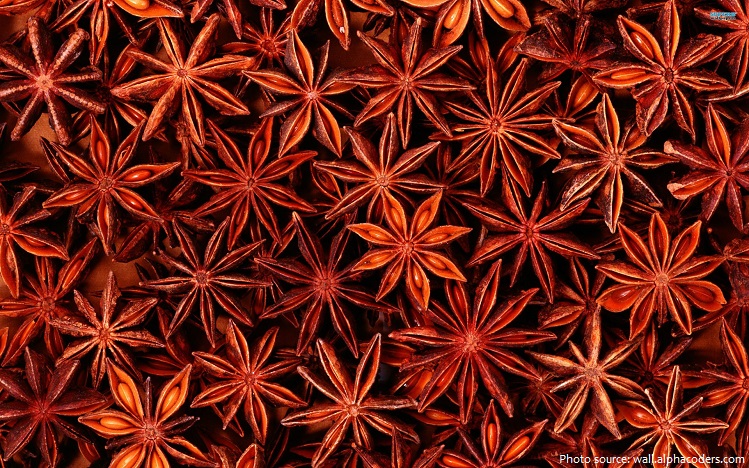 The star anise (Illicium verum), named for this characteristic fruit, is a medium-sized evergreen tree, the dried fruits of which are the source of oil of star anise.

It is native to northeast Vietnam and southwest China.

In Biblical times, anise was so highly prized that it was often used for tithes, offerings and payment of taxes in Palestine. It is mentioned in both the gospels of Luke and Mark. However, some scholars believe the word translated “anise” found in Matthew XXIII, 23, actually refers to “dill” in the original Greek.

Star anise has been used throughout Chinese history for its culinary and medicinal properties. 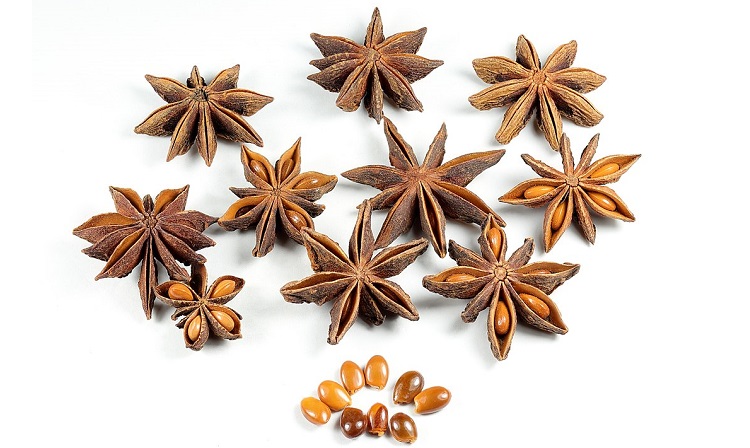 The Japanese used to burn the aromatic bark of the tree for incense.

Star anise started being used in Europe from 17th century to flavour syrups, cordials and preserves and is still used in western countries today to flavour drinks, chewing gum and confectionery. 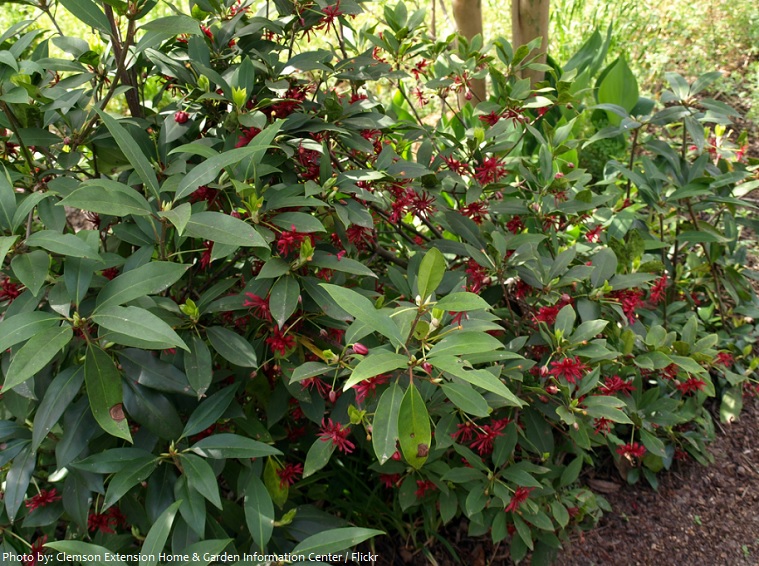 Fruits are star shaped, reddish brown consisting of 6-8 carpels arranged in a whorl. Each carpel is 10 mm (0.2 in) long, boat shaped, hard and wrinkled containing a seed. Seeds are brown, compressed, ovoid, smooth, shiny and brittle.

Recently, star anise has come into use in the West as a less expensive substitute for anise in baking, as well as in liquor production, most distinctively in the production of the liqueur Galliano.

Star anise is used as a spice in preparation of biryani and masala chai all over the Indian subcontinent. It is widely used in Chinese cuisine, and in Malay and Indonesian cuisines. 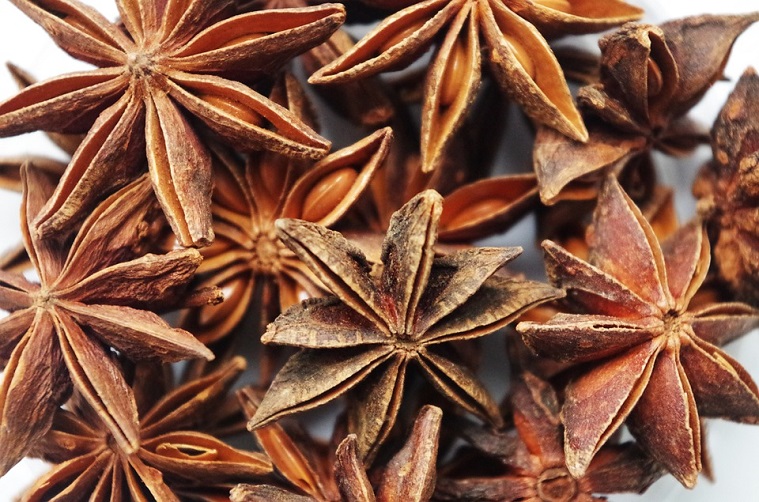 Today it is this spice is produced mainly in China, Vietnam and Laos.

About 90% of the world’s star anise crop is used for extraction of shikimic acid, a chemical intermediate used in the synthesis of oseltamivir (Tamiflu). Oseltamivir, sold under the brand name Tamiflu, is an antiviral medication used to treat and prevent influenza A and influenza B (flu). 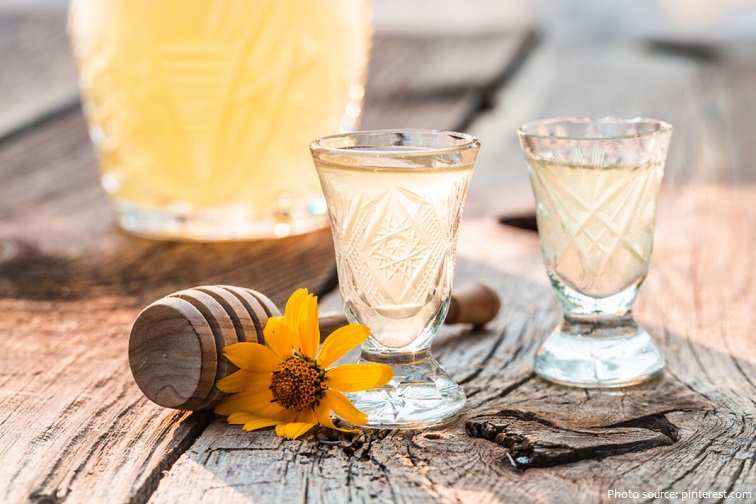 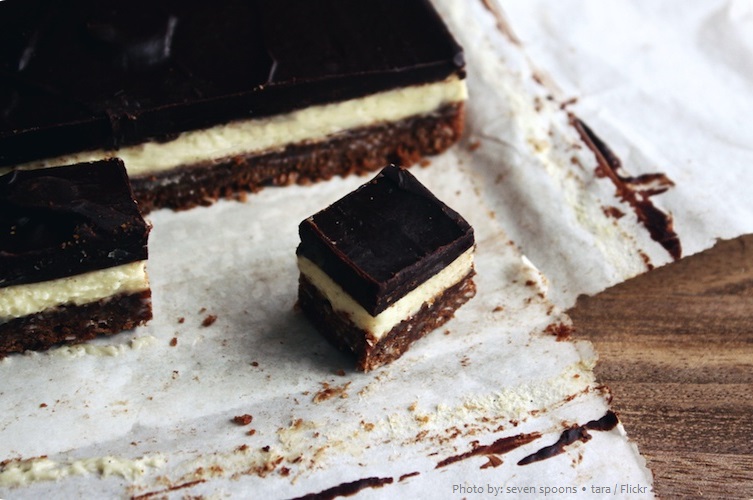 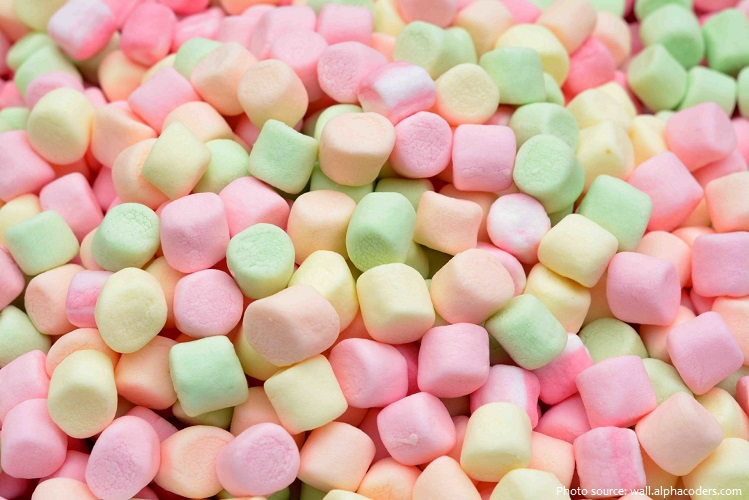