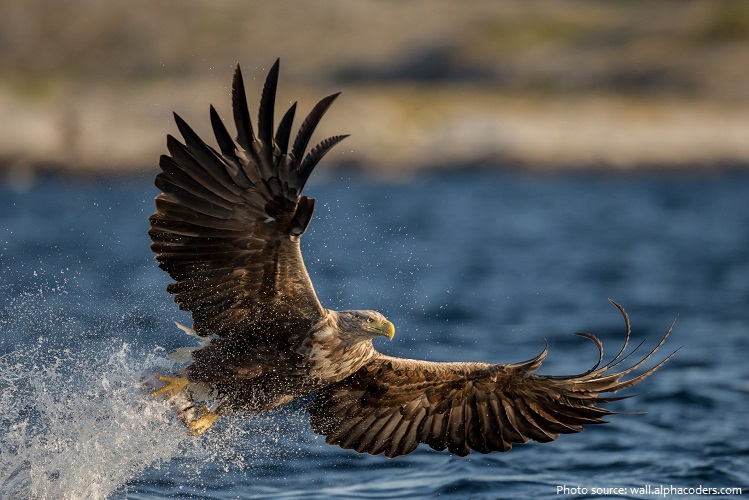 A sea eagle is any of the birds of prey in the genus Haliaeetus. 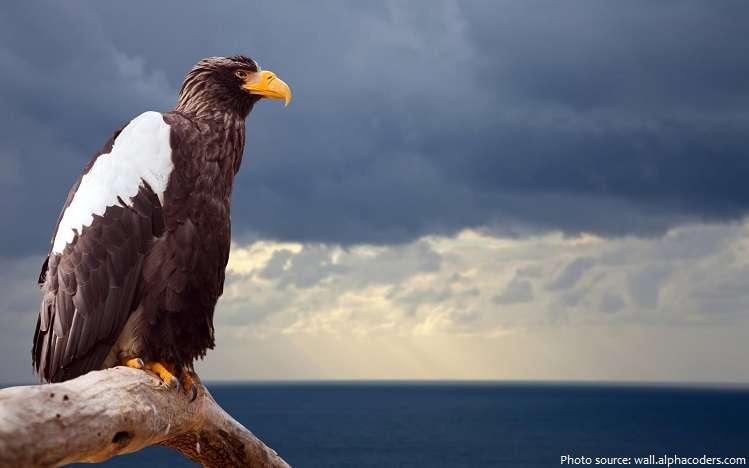 They live along rivers, big lakes, and tidewaters throughout the world except South America.

Generally speaking, sea eagles have lifespan from 15 to 30 years in the wild. Sometimes they do live longer in captivity due to a consistent food supply, veterinarian care, and shelter from extreme weather.

Some reach 1 meter (3.3 feet) long, with a wingspan nearly twice that. 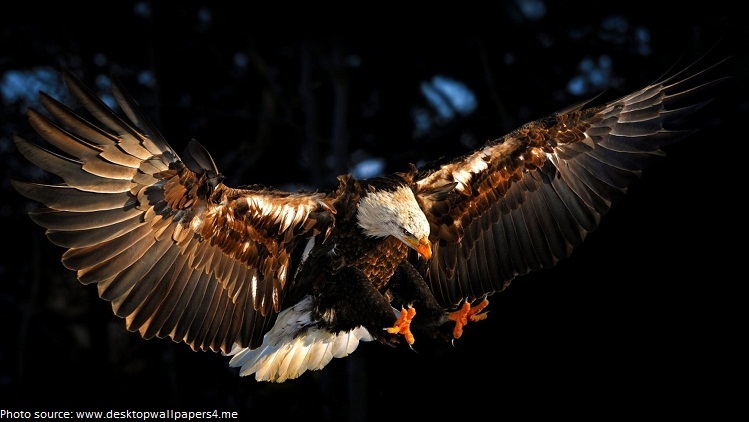 All species have exceptionally large high-arched beaks and bare lower legs. The undersurfaces of the toes are roughened for grasping slippery prey.

These birds eat much carrion but sometimes kill. They snatch fish from the water surface and often rob their chief competitor, the osprey. They also eat crustaceans, small mammals, birds and reptiles. 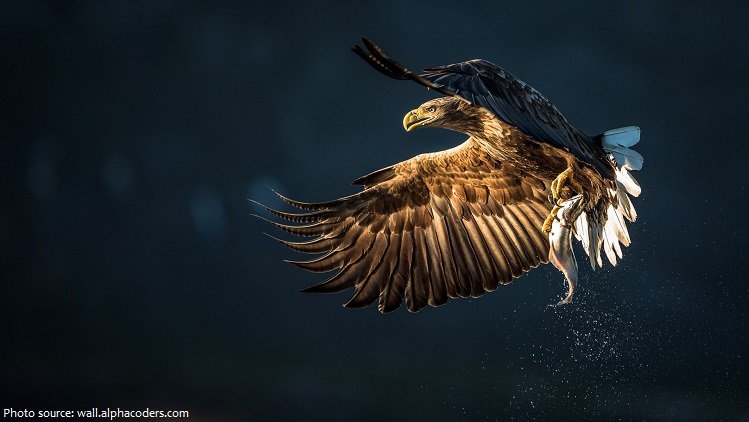 The eagle eye is among the strongest in the animal kingdom, with an eyesight estimated at 4 to 8 times stronger than that of the average human. An eagle is said to be able to spot a rabbit 3.2 kilometers (2 miles) away.

Sea eagles are monogamous. They mate for life and use the same nest each year.

The genus Haliaeetus is possibly one of the oldest genera of living birds. 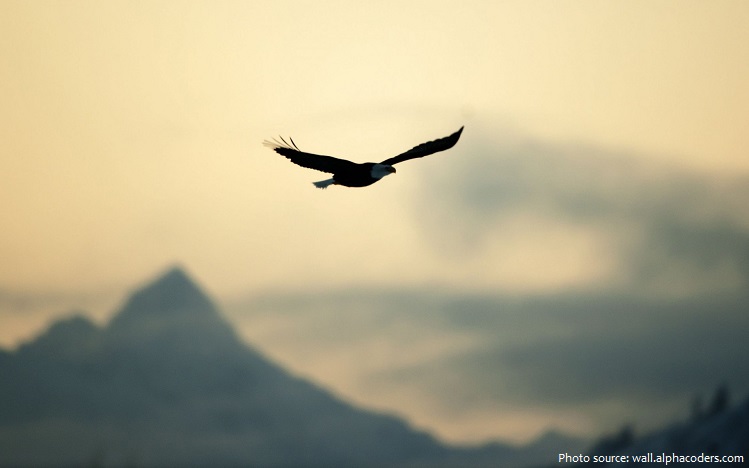 The genus Haliaeetus was introduced in 1809 by the French naturalist Marie Jules César Savigny in his chapter on birds in the Description de l’Égypte.

The bald eagle is best known species. These graceful birds have been the national symbol of the United States since 1782. Native Americans consider the bald eagle to be sacred.

The word “eagle” is derived from Latin: aquila by way of French: aigle. The origin of aquila is unknown, but it is believed to possibly derive from either aquilus (meaning dark-colored, swarthy, or blackish) as a reference to the plumage of eagles or from aquilo (meaning north wind). 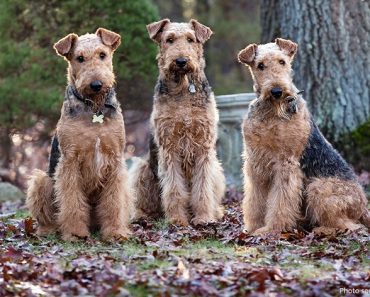 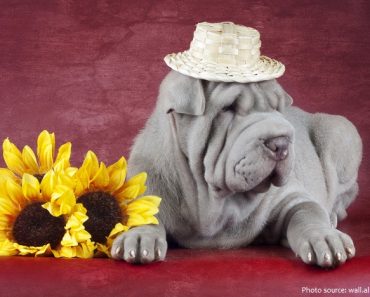 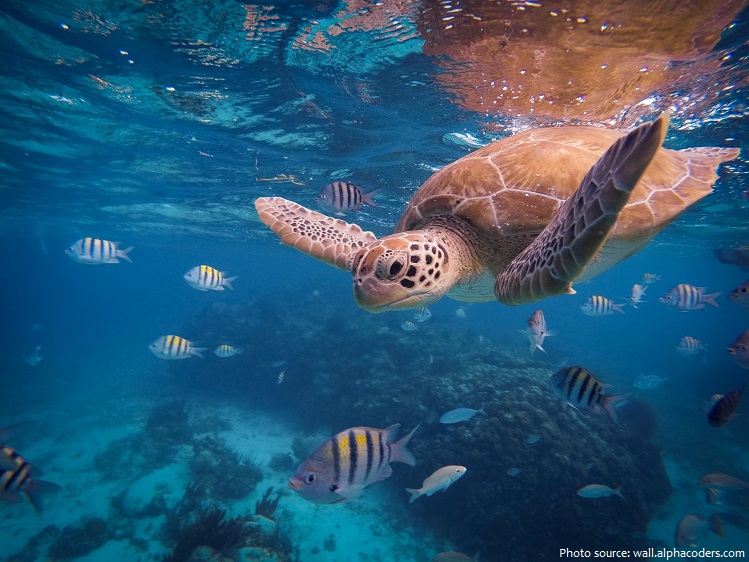 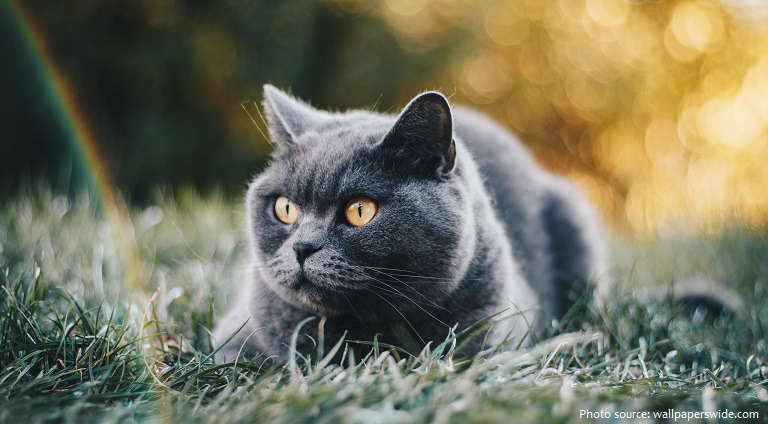 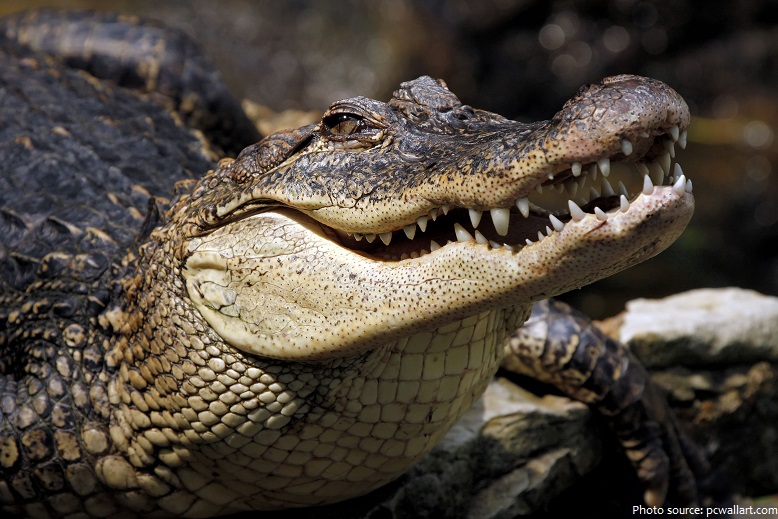 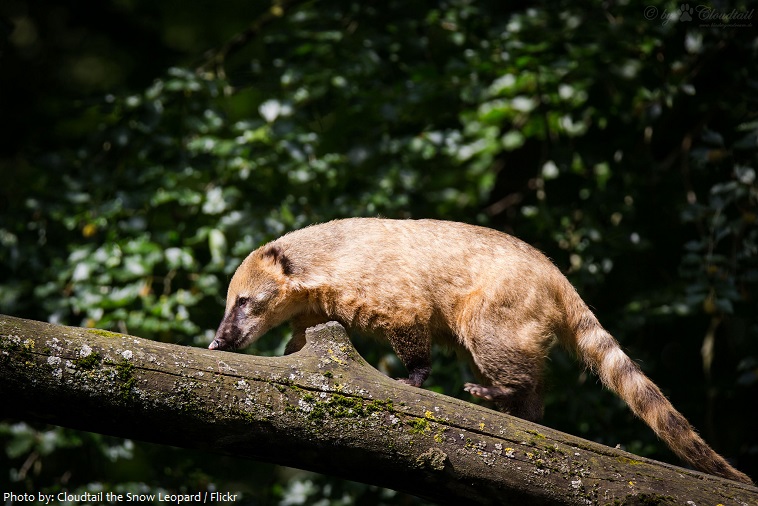