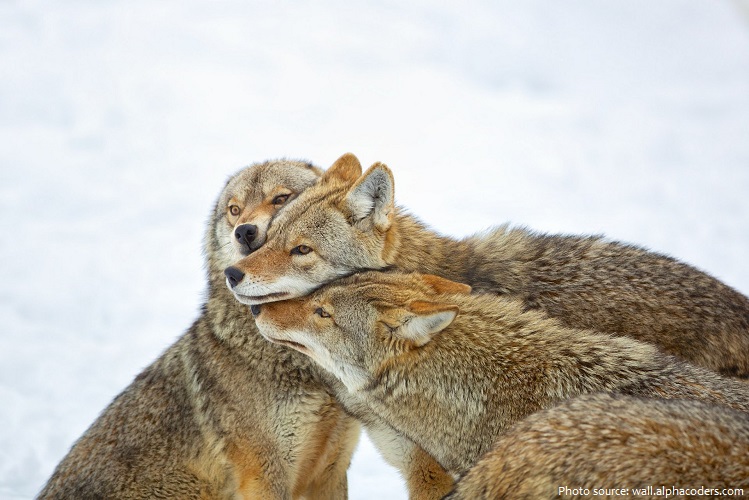 The red wolf (Canis lupus rufus or Canis rufus) also known as the Florida black wolf or Mississippi Valley wolf, is a canid native to the southeastern United States.

Red wolves are now the most endangered canid in the world, and one of the rarest mammals.

Formerly the range of red wolves included most habitats of the southeastern United States, however this species range was reduced in historic times to extreme southeastern Texas and southwestern Louisiana. 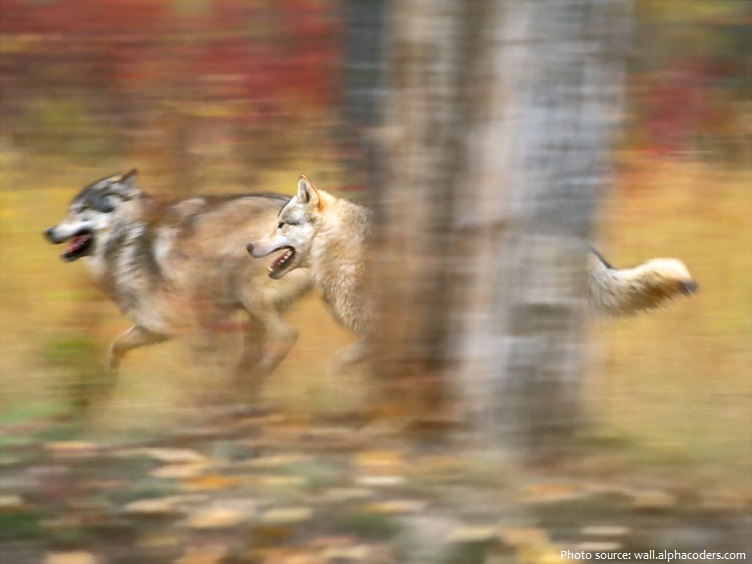 There are over 200 red wolves in captive breeding programs across the United States.

The lifespan of the red wolf is about 6-7 years in the wild and up to 15 years in captivity. 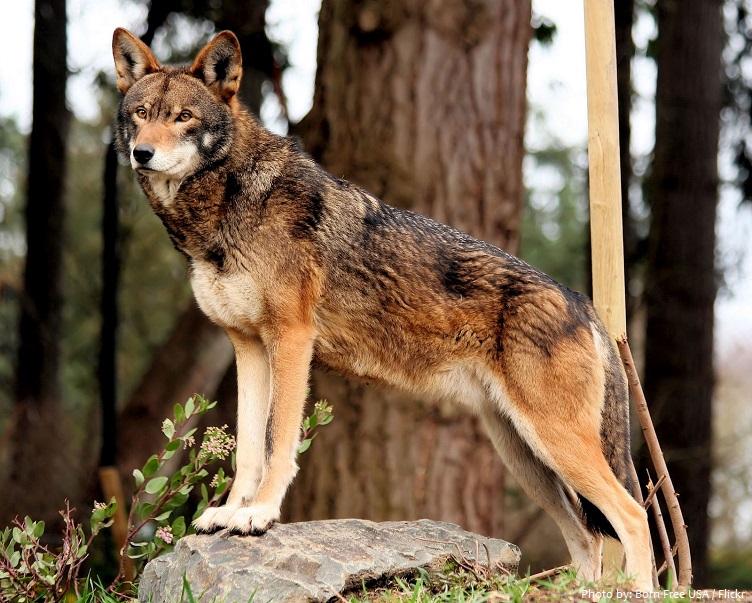 Red wolves usually have upper parts that are a mixture of cinnamon, tawny, and gray or black, while the back is normally blackish. The muzzle and limbs are tawny and the tail is tipped with black. In winter, the reddish element of the pelage is dominant. An annual molt takes place in the summer.

The red wolf is secretive and mostly nocturnal with much of its activity concentrated around dawn, dusk and early evening. During the winter, however, it frequently becomes more diurnal.

They can reach speeds of around 48 km/h (30 mph) while chasing prey in relatively short bursts.

Home ranges are formed and a portion of the home range becomes the exclusive territory of a pack. 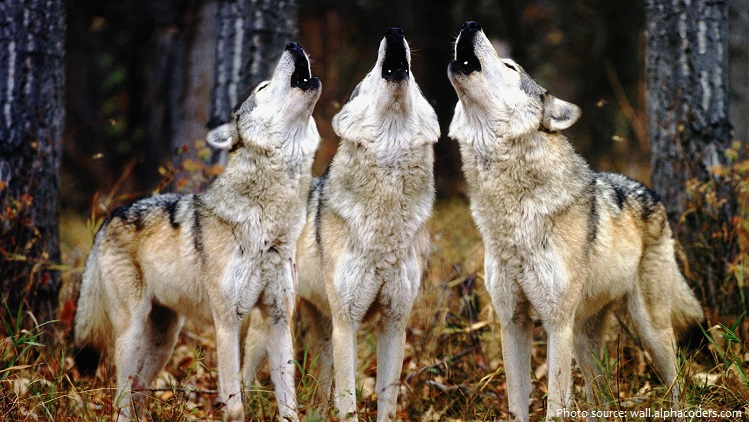 Red wolves communicate through body language, scent marking, and a series of vocalizations. These include the characteristic howl, along with a series of barks, growls, and yaps.

They typically hunt in a particular area for 7 to 10 days, then switch to a different range.

The family unit or pack usually consists of five to six red wolves, a breeding pair and their offspring. The pack will not always hunt together, but its members will remain in the same home range for a while.

Breeding season extends from January to March. The gestation period is 60-63 days, with average litters of 3-6 pups occurring in the spring. However, litters of up to 12 pups can occur.

Both males and females participate in rearing the young in the den, as well as other pack members. The young are cared for, nursed, and sheperded through their first year of life. 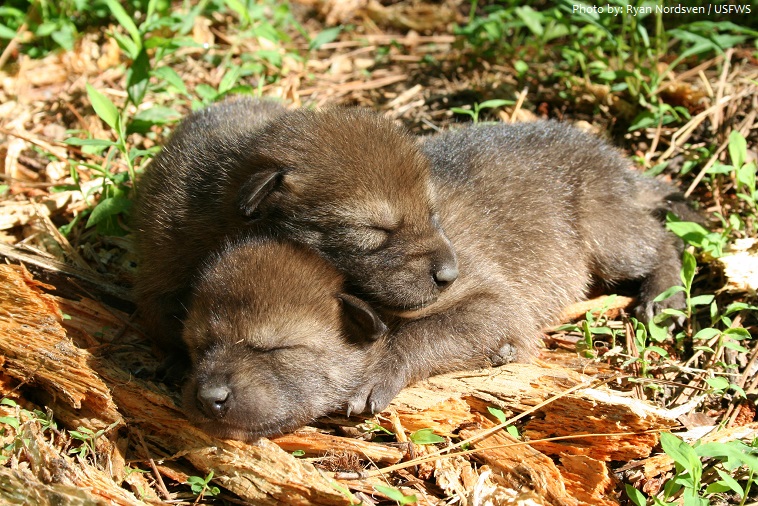 The red wolf has been listed by IUCN as a critically endangered species since 1996.

The paleontologist Ronald M. Nowak notes that the oldest fossil remains of the red wolf are 10,000 years old and were found in Florida near Melbourne.

In July 2016, a whole-genome DNA study proposed, based on the assumptions made, that all of the North American wolves and coyotes diverged from a common ancestor less than 6,000 –117,000 years ago.

Before the arrival of Europeans, the red wolf featured prominently in Cherokee mythology, where it is known as wa’ya, said to be the companion of Kana’ti the hunter and father of the Aniwaya or Wolf Clan. Cherokees generally avoided killing red wolves, as such an act was believed to bring about the vengeance of the killed animals’ pack-mates. 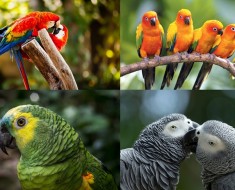 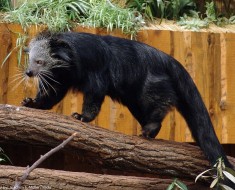 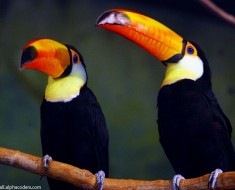 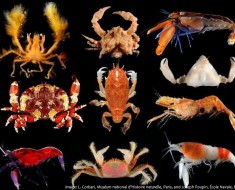 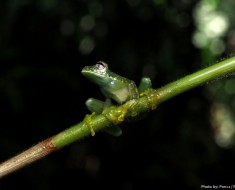