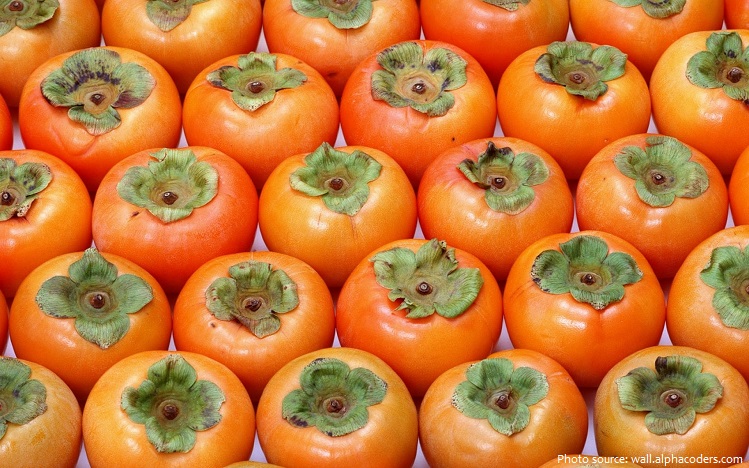 The persimmon is the edible fruit of a number of species of trees in the genus Diospyros.

The most widely cultivated of these is the Asian or Japanese persimmon, Diospyros kaki.

It is native to China, where it has been cultivated for centuries and more than two thousand different cultivars exist. It spread to Korea and Japan many years ago where additional cultivars were developed. The plant was introduced to California in the mid 1800’s.

Typically the tree reaches 4.5 to 18 meters (15 to 60 ft) in height and is round-topped. It usually stands erect, but sometimes can be crooked or have a willowy appearance. 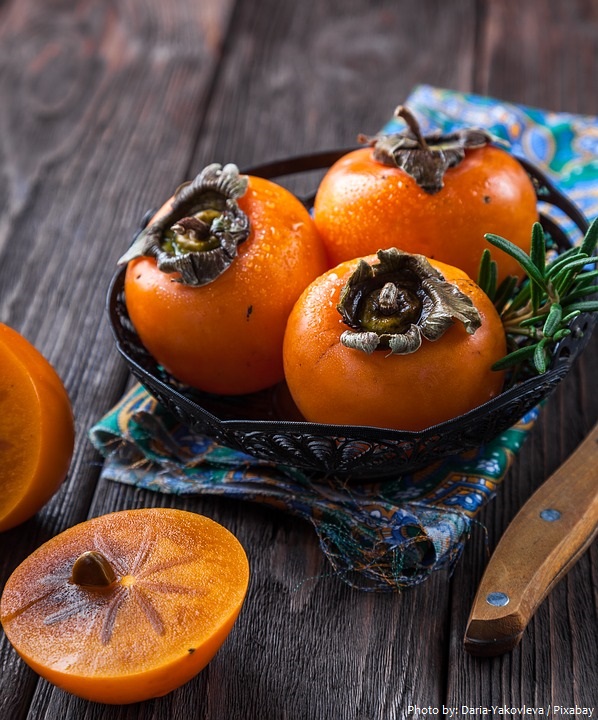 The leaves alternate, are oblong with brown-hairy petioles that are 2 centimeters (0.8 in) in length. They are leathery and glossy on the upper surface, brown and silky underneath. The leaves are deciduous and bluish-green in color. In the fall, they turn to yellow, orange, or red.

The fruit is from 1.5 to 9 centimeters (0.6 to 3.5 inches) in diameter, yellow to red in colour, somewhat resembles a tomato in appearance. 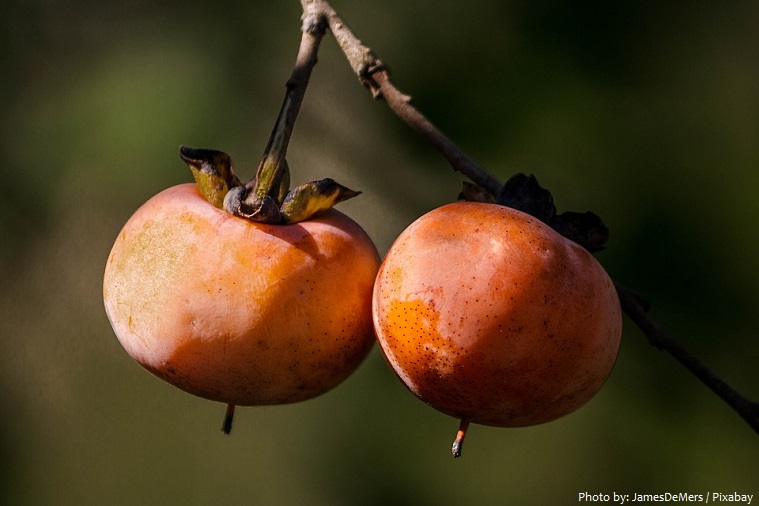 Persimmons are eaten fresh, dried, raw, or cooked. When eaten fresh, they are usually eaten whole like an apple in bite-size slices, and may be peeled. One way to consume ripe persimmons, which may have soft texture, is to remove the top leaf with a paring knife and scoop out the flesh with a spoon.

In Korea, dried persimmon fruits are used to make the traditional Korean spicy punch sujeonggwa, while the matured, fermented fruit is used to make a persimmon vinegar called gamsikcho.

In Taiwan, fruits of astringent varieties are sealed in jars filled with limewater to get rid of bitterness.

In the Old Northwest of the United States, persimmons are harvested and used in a variety of dessert dishes, most notably pies. They can be used in cookies, cakes, puddings, salads, curries and as a topping for breakfast cereal. 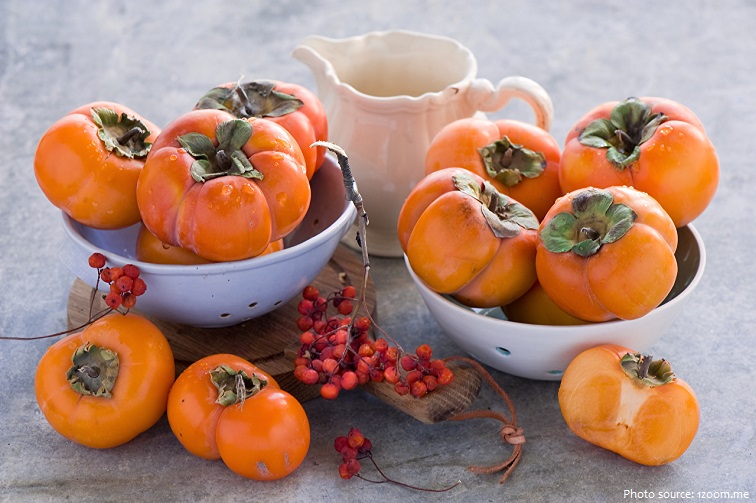 Persimmons are an excellent source of vitamins and minerals, including vitamin A, vitamin C and vitamins B, iron, potassium and manganese. They also contain beneficial plant compounds like dietary fiber tannins and flavonoids. 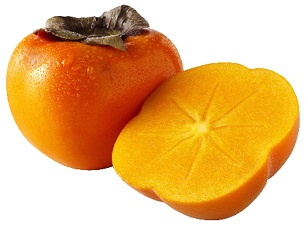 The word “persimmon” itself is derived from putchamin, pasiminan, or pessamin, from Powhatan, an Algonquian language of the eastern United States, meaning “a dry fruit.”

It is definitely one of the most esoteric fruit in the world.

In Ozark folklore, the severity of the upcoming winter is said to be predictable by slicing a persimmon seed and observing the cutlery-shaped formation within it.

In Korean folklore the dried persimmon has a reputation for scaring away tigers.

Persimmons are the favourite food of the title character of the film Okja. 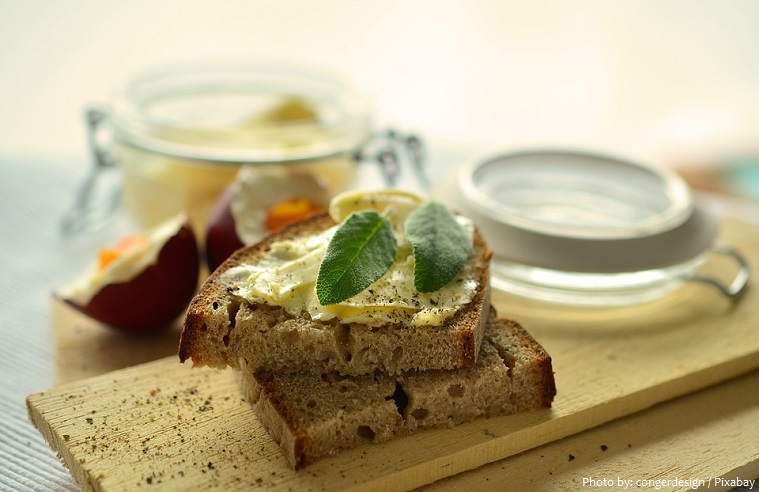