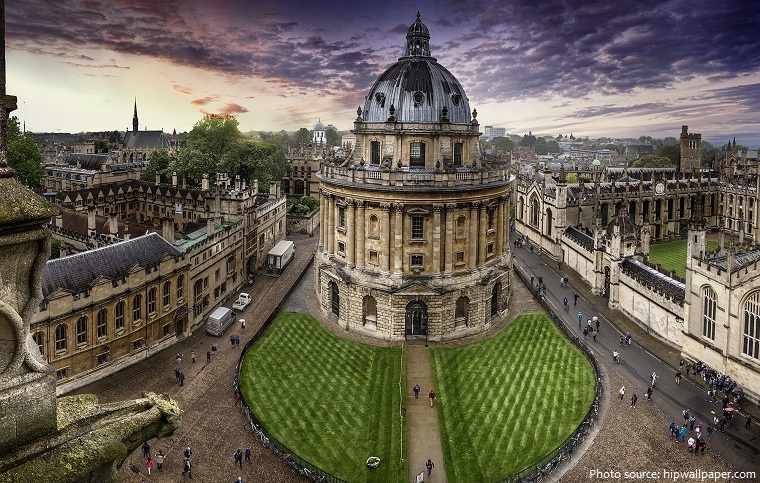 Oxford is a city in in South East England.

It is situated about 82 kilometers (51 miles) north-west of London in its own county of Oxfordshire. 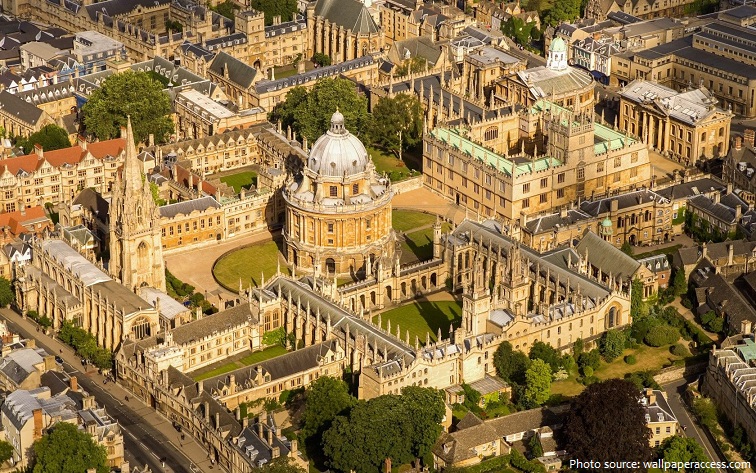 The history of Oxford in England dates back to its original settlement in the Saxon period.

Originally of strategic significance due to its controlling location on the upper reaches of the River Thames at its junction with the River Cherwell, the town grew in national importance during the early Norman period.

After the university was founded in the second half of the 12th century Oxford remained a market town, but this function declined in importance from the 13th century on. 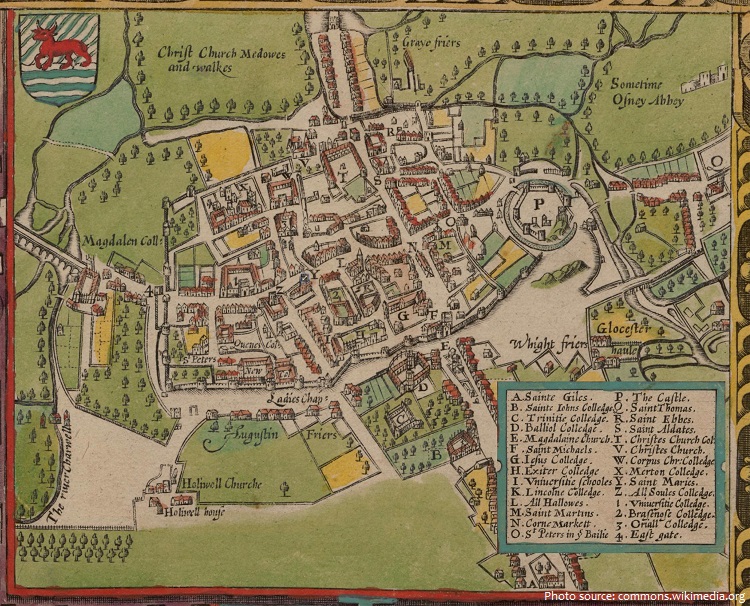 A heavily ecclesiastical town, Oxford was greatly affected by the changes of the English Reformation, emerging as the seat of a bishopric and a full-fledged city.

During the English Civil War, Oxford housed the court of Charles I. 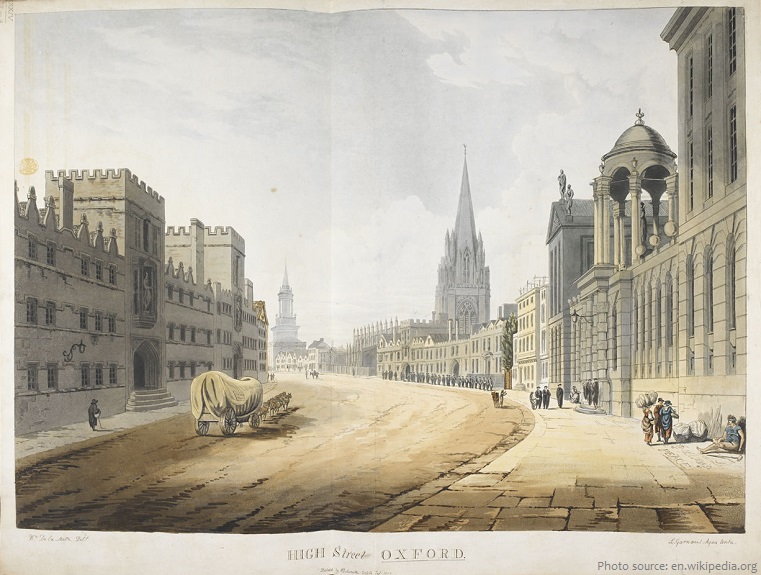 The city began to grow industrially during the 19th century, and had an industrial boom in the early 20th century, with major printing and car-manufacturing industries. These declined, along with other British heavy industry, in the 1970s and 1980s, leaving behind a city which had developed far beyond the university town of the past. 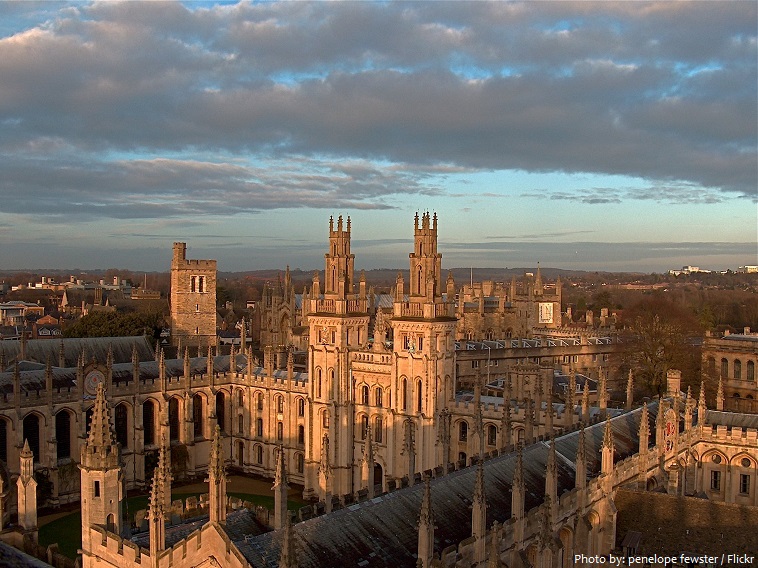 The Oxford University Museum of Natural History, is a museum displaying many of the University of Oxford’s natural history specimens, located on Parks Road in Oxford. It also contains a lecture theatre which is used by the university’s chemistry, zoology and mathematics departments. The neo-Gothic building was designed by the Irish architects Thomas Newenham Deane and Benjamin Woodward, mostly Woodward. 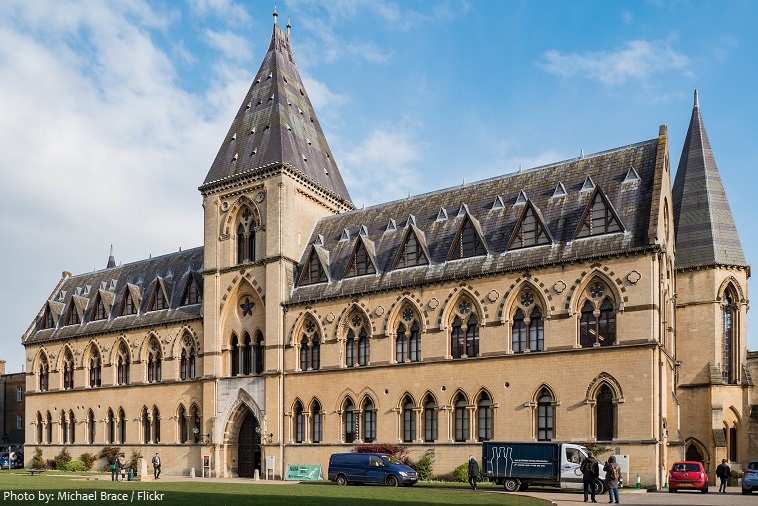 The University Church of St Mary the Virgin is an Oxford church situated on the north side of the High Street. It is the centre from which the University of Oxford grew and its parish consists almost exclusively of university and college buildings. St Mary’s possesses an eccentric baroque porch, designed by Nicholas Stone, facing High Street, and a spire which is claimed by some church historians to be one of the most beautiful in England. 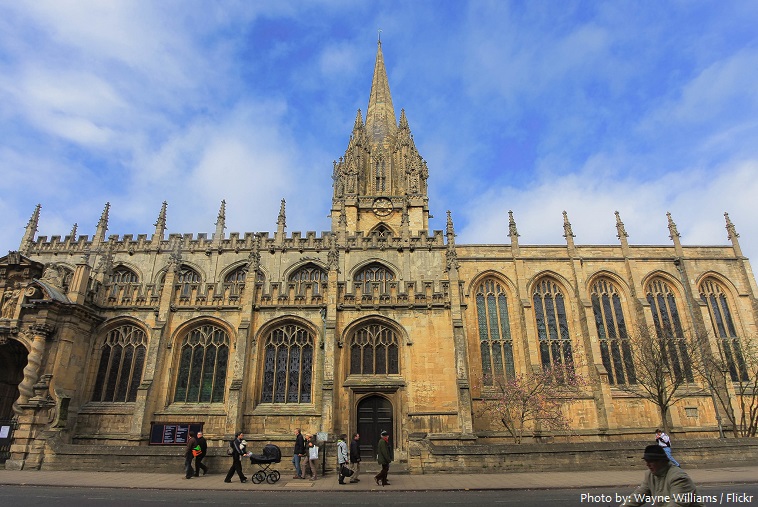 The Bodleian Library is the main research library of the University of Oxford, and is one of the oldest libraries in Europe. With over 12 million items, it is the second-largest library in Britain after the British Library. 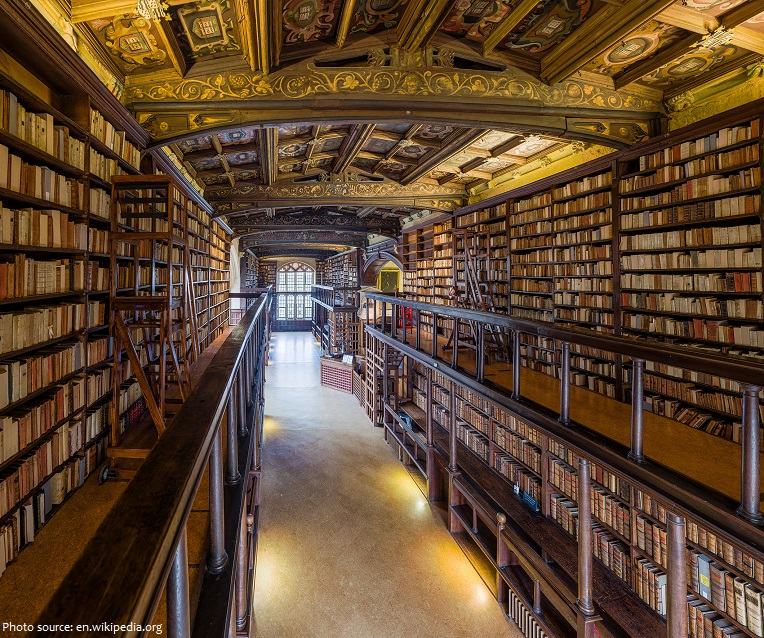 The Radcliffe Camera is a building of Oxford University, designed by James Gibbs in neo-classical style and built in 1737–49 to house the Radcliffe Science Library. The building’s striking circularity, its position in the heart of Oxford, and its separation from other buildings make it the focal point of the University of Oxford, and as such it is almost always included in shorthand visual representations of the university. 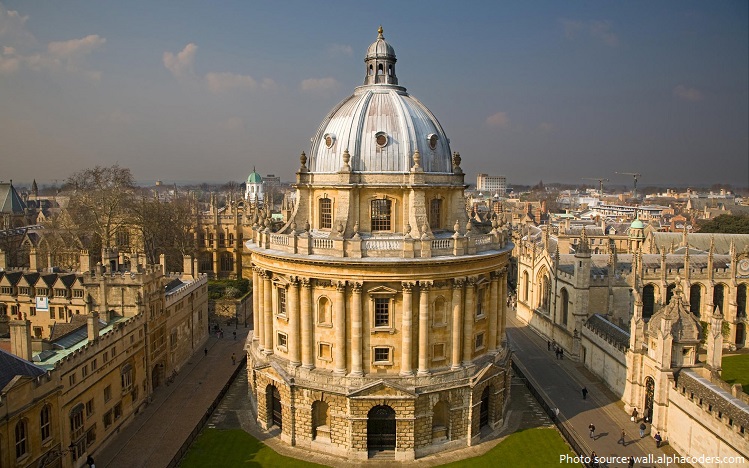 The University of Oxford Botanic Garden is the oldest botanic garden in Great Britain and one of the oldest scientific gardens in the world. The garden was founded in 1621 as a physic garden growing plants for medicinal research. Today it contains over 5,000 different plant species on 1.8 hectares (4.5 acres). It is one of the most diverse yet compact collections of plants in the world and includes representatives from over 90% of the higher plant families.

Christ Church Cathedral is the cathedral of the Anglican diocese of Oxford, which consists of the counties of Oxfordshire, Buckinghamshire and Berkshire. It is also the chapel of Christ Church at the University of Oxford. This dual role as cathedral and college chapel is unique in the Church of England. 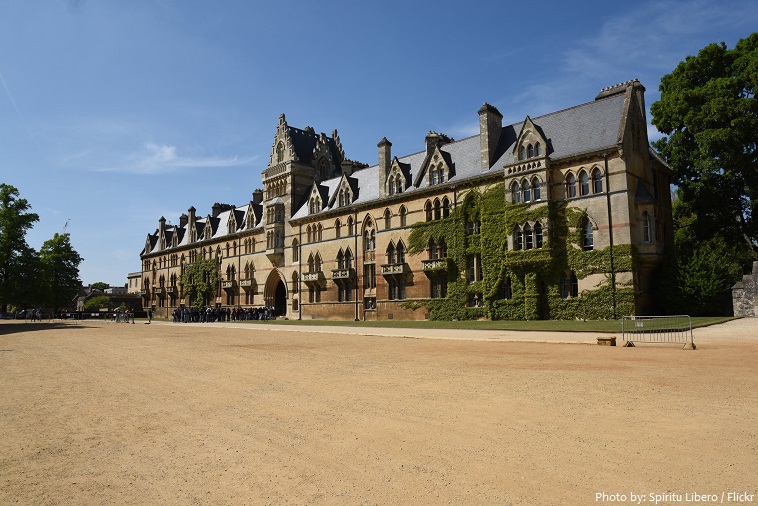 Oxford Castle is a large, partly ruined Norman medieval castle on the western side of central Oxford. Most of the original moated, wooden motte and bailey castle was replaced in stone in the late 12th or early 13th century and the castle played an important role in the conflict of the Anarchy. In the 14th century the military value of the castle diminished and the site became used primarily for county administration and as a prison. The surviving rectangular St George’s Tower is now believed to pre-date the remainder of the castle and be a watch tower associated with the original Saxon west gate of the city. 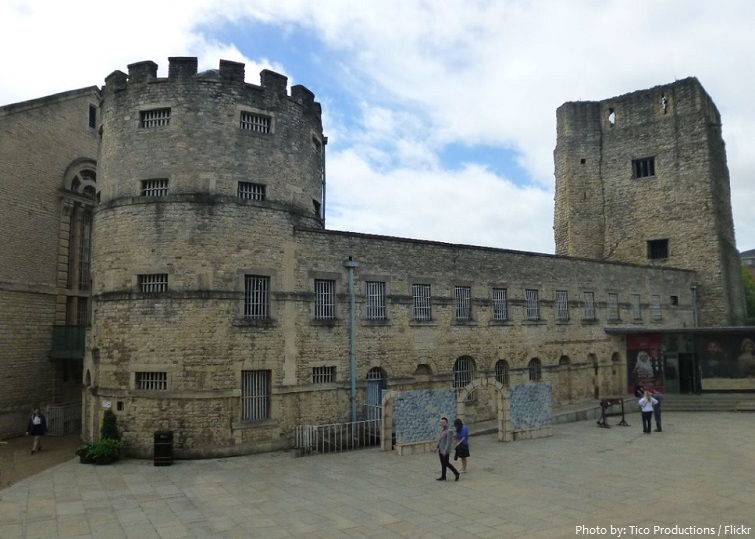 The Covered Market is a historic market with permanent stalls and shops in a large covered structure in central Oxford. It was officially opened on 1 November 1774 and is still active today. In May 2017, the Covered Market received ‘the Royal seal of approval’ when it was visited by Prince Charles and the Duchess of Cornwall. 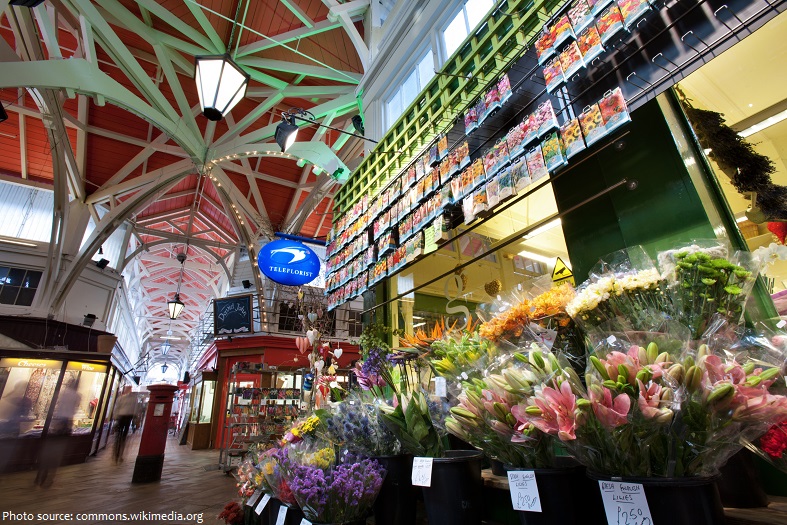 Oxford was was initially known as Oxenaforda, meaning “ford of the oxen“, as referenced in Florence of Worcester’s Chronicon ex chronicis.

There is a long history of brewing in Oxford. Several of the colleges had private breweries, one of which, at Brasenose, survived until 1889.

The city is home to many museums, galleries, and collections, most of which are free of admission charges and are major tourist attractions. The majority are departments of the University of Oxford.

Oxford is a very green city, with several parks and nature walks within the ring road, as well as several sites just outside the ring road. 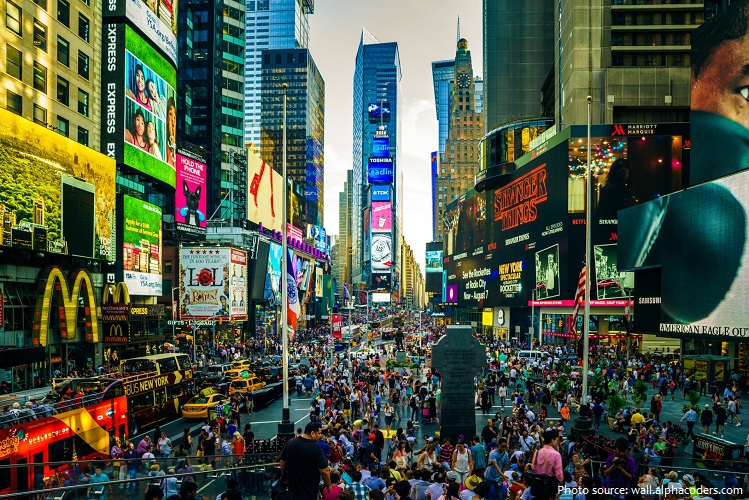 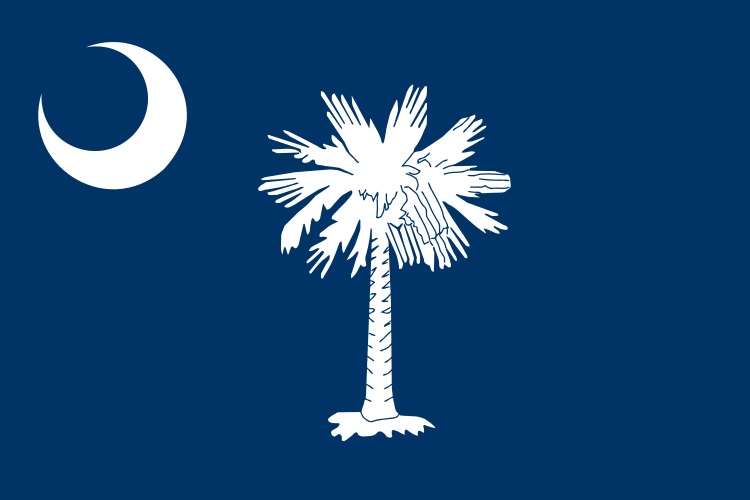