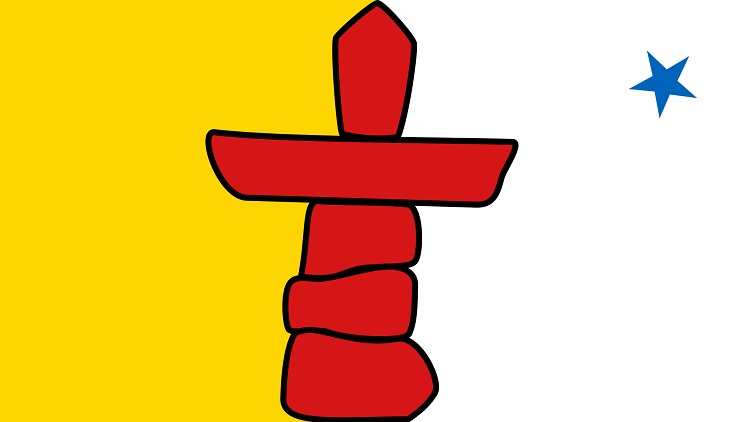 Nunavut is one of the 13 provinces and territories of Canada and is the most northerly territory of Canada.

It has land borders with the Northwest Territories on several islands as well as the mainland, and a tiny land border with Newfoundland and Labrador on Killiniq Island. It also shares aquatic borders with the provinces of Quebec, Ontario and Manitoba and with Greenland.

Created in 1999 out of the eastern portion of the Northwest Territories, Nunavut encompasses the traditional lands of the Inuit, the indigenous peoples of Arctic Canada (known as Eskimo in the United States); its name means “Our Land” in Inuktitut, the language of the Inuit.

As of April 2019, the population of Nunavut was estimated to be about 40,000 people. It is the 12th most populous province in Canada. 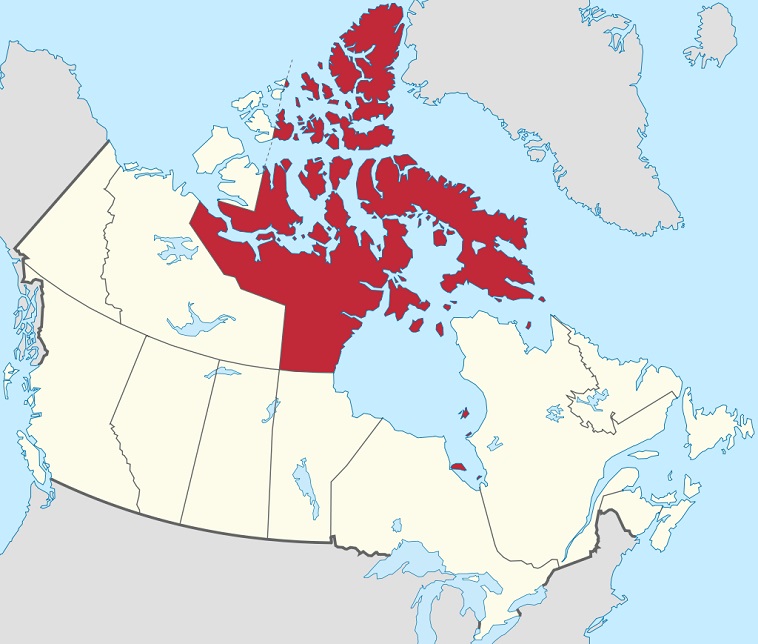 It is the fifth largest country subdivision in the world as well as North America’s second largest (after Greenland).

If Nunavut were a country, it would rank 14th in area, after Saudi Arabia.

Iqaluit meaning “place of fish”, is the capital of the Canadian territory of Nunavut, its largest community, and its only city. It was known as Frobisher Bay from 1942 to 1987, after the large bay on the coast of which the city is situated, when the traditional Inuktitut name was restored. 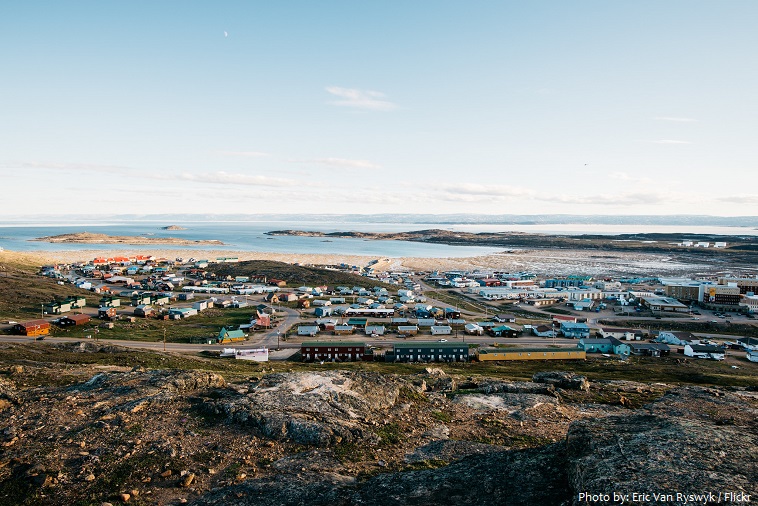 Nunavut comprises two distinct physiographic regions: The Canadian Shield, including the mainland and the islands around Hudson Bay, and the Arctic Archipelago in the north.

The mountains on the easternmost coasts of Nunavut are part of the Arctic Cordillera which stretches from northernmost Ellesmere Island to the northernmost tip of Labrador. The highest point is Barbeau Peak on Ellesmere Island at a height of 2,616 meters (8,583 feet) above sea level, which is also the highest point in Nunavut. The Arctic Cordillera is the northernmost mountain range in Canada and offers some of the world’s most spectacular scenery. 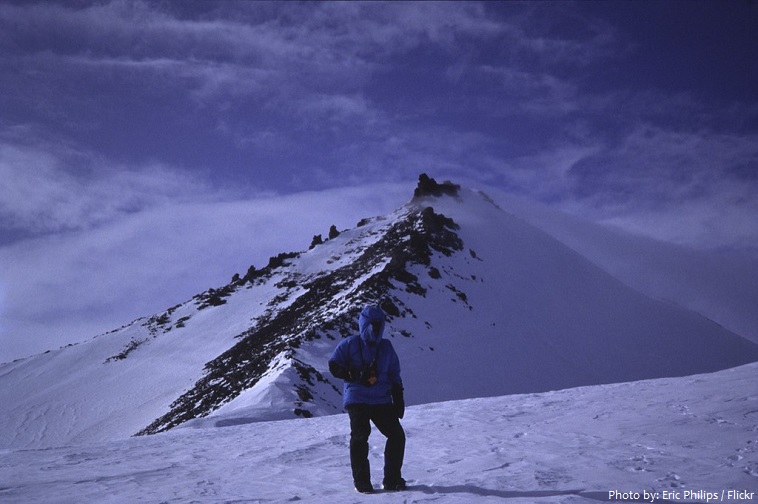 Nunavut has 5 national parks and about 10 territorial parks.

Auyuittuq National Park is a national park located on Baffin Island’s Cumberland Peninsula. The park was initially known as Baffin Island National Park when it was established in 1972, but the name was changed in 1976 to its current name to better reflect the region and its history. It features many terrains of Arctic wilderness, such as fjords, glaciers, and ice fields. Although Auyuittuq was established in 1972 as a national park reserve, it was upgraded to a full national park in 2000. 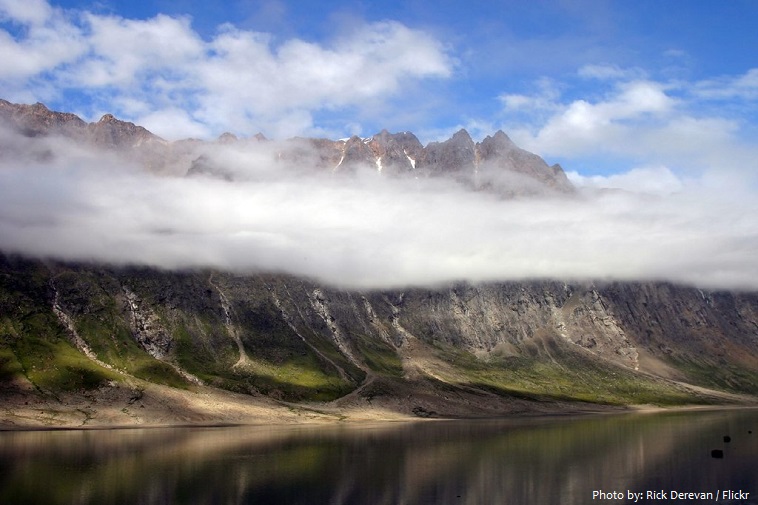 Quttinirpaaq National Park is located on the northeastern corner of Ellesmere Island in the Qikiqtaaluk Region. It is the second most northerly park on Earth after Northeast Greenland National Park. In Inuktitut, Quttinirpaaq means “top of the world.” The land is dominated by rock and ice. It is a polar desert with very little annual precipitation. The park includes Barbeau Peak, which at 2,616 m (8,583 ft) is the highest mountain in Nunavut. 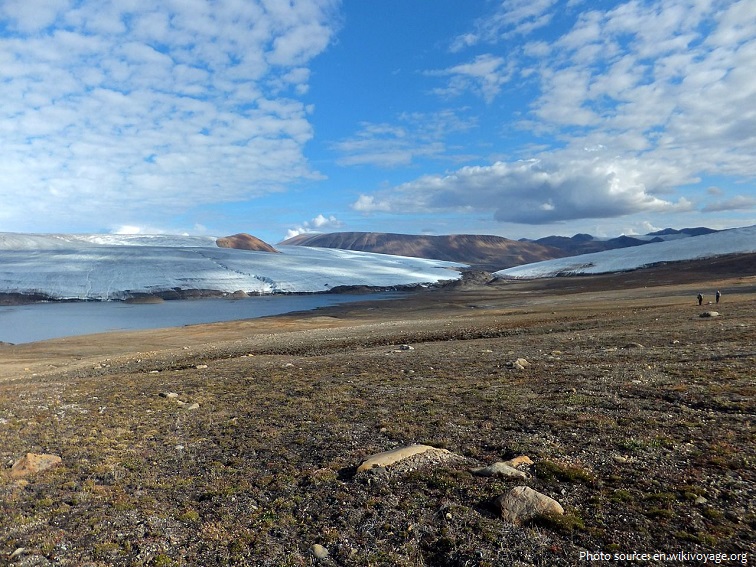 With its breathtaking landscape, the hospitality of the Inuit people, and the numerous opportunities for an unusual holiday, Baffin Island is a strong draw for tourists. But it can hardly be said that it suffers from invasions of visitors. The island is the fifth largest in the world with a coastline and landscape that vary considerably. 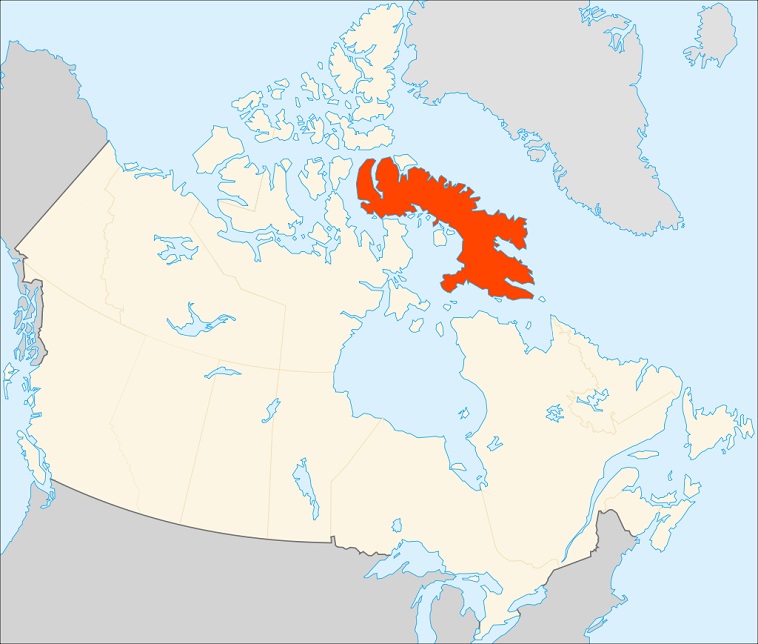 Nunavut’s indigenous people, the Inuit, who have lived for thousands of years in one of the toughest climates of the world, have been faced with adaptation to the “modern” world in the last 100 years.

Most historians identify the coast of Baffin Island with the Helluland described in Norse sagas, so it is possible that the inhabitants of the region had occasional contact with Norse sailors.