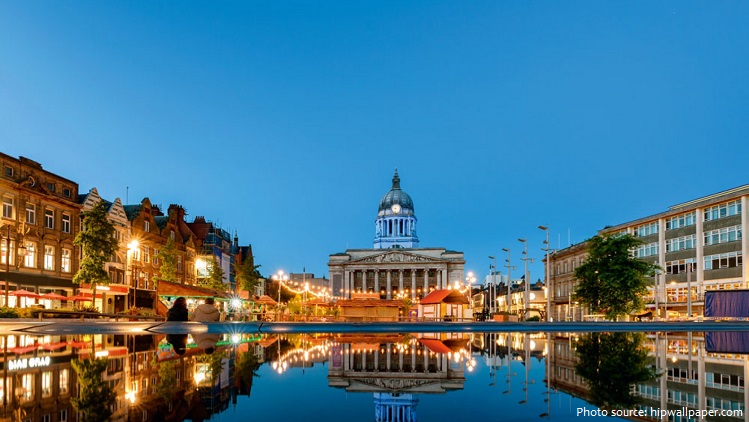 Nottingham is a city in England.

It is situated on an area of low hills along the lower valley of the River Trent.

The average altitude is 46 metres (151 feet) above sea level. 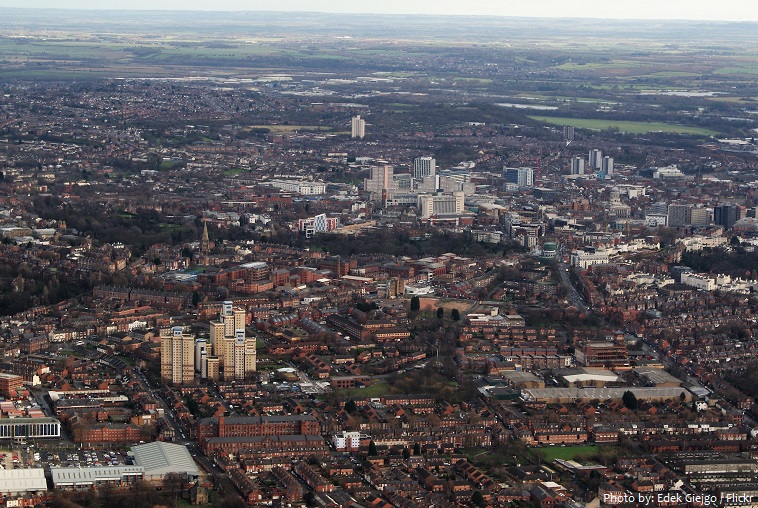 The first evidence of settlement dates from pre-Roman times, and it is clear that the Romans also lived in the area.

An early name for Nottingham was “Tigguo Cobauc” which means “a place of caves.”

Founded by Anglo-Saxon invaders after 600 AD, parts of the settlement have included man-made caves, dug into soft sandstone. 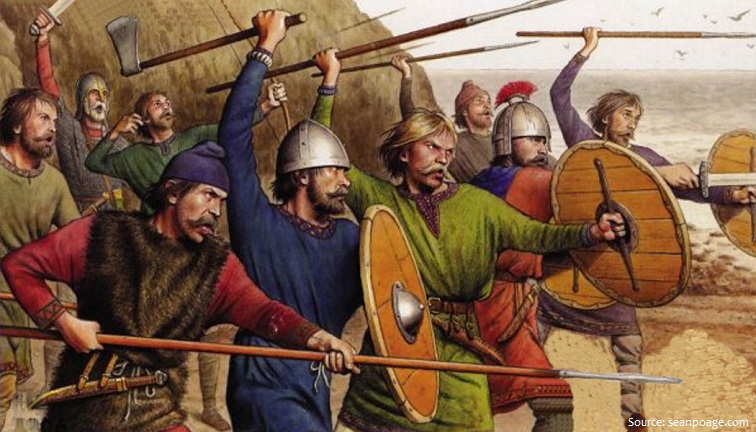 Nottingham was later captured by the Danes (Vikings) and in the 9th century became one of the five boroughs (fortified towns) of the Danelaw.

The legend of Robin Hood developed in the Middle Ages. Robin Hood is said to have lived in Sherwood Forest, which extended from the north of Nottingham to the north side of Doncaster, Yorkshire. His main opponent was the Sheriff of Nottingham. While the legends are almost certainly untrue, particularly in their details, they have had a major impact on Nottingham, with Robin Hood imagery a popular choice for local businesses and many modern tourist attractions use the legend. 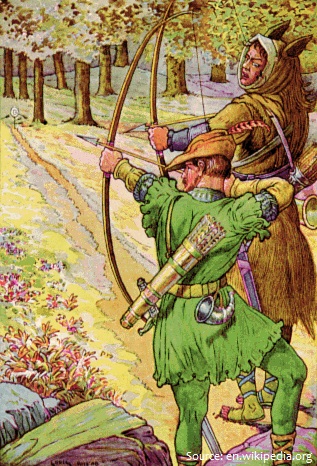 By the 15th century Nottingham had established itself as a centre of a thriving export trade in religious sculpture made from Nottingham alabaster.

During the Industrial Revolution, much of Nottingham’s prosperity was founded on the textile industry – in particular, the city became an internationally important centre of lace manufacture.

Nottingham was granted its city charter in 1897 as part of Queen Victoria’s Diamond Jubilee celebrations.

Today, Nottingham is one of the UK’s most thriving and creative cities. 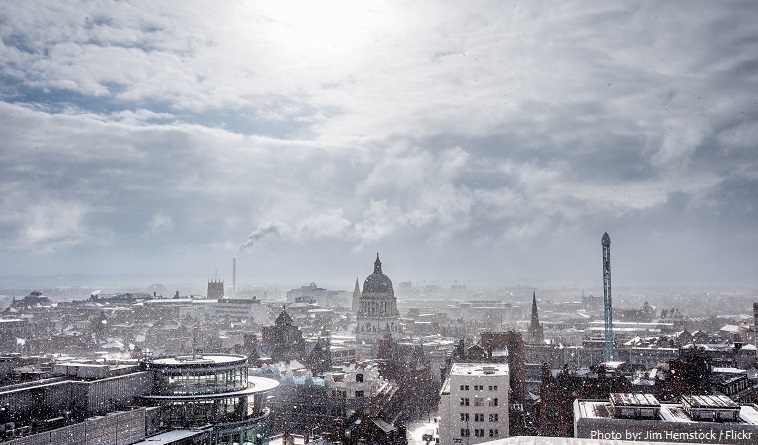 Nottingham Castle, a castle in Nottingham, is located in a commanding position on a natural promontory known as “Castle Rock”, with cliffs 40 meters (130 feet) high to the south and west. In the Middle Ages it was a major royal fortress and occasional royal residence. In decline by the 16th century, it was largely demolished in 1649. The Duke of Newcastle later built a mansion on the site, which was burnt down by rioters in 1831 and left as a ruin. It was later rebuilt to house an art gallery and museum, which remain in use. Little of the original castle survives, but sufficient portions remain to give an impression of the layout of the site. 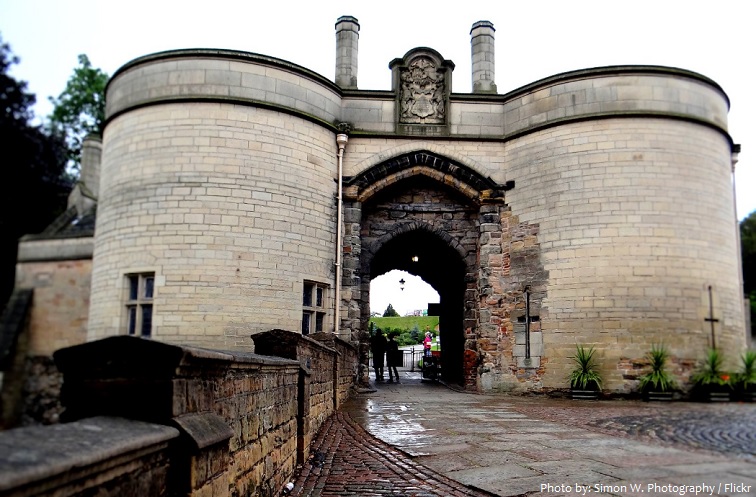 The Robin Hood Statue is world famous and known to lots of people. The statue is cast in eight pieces of half-inch thick bronze, which is made to last around 6000 years. Its 2.1 meter (7 feet) tall and surrounded by small studies of Little John, Friar Tuck, Alan a Dale and Will Scarlett. In his own peculiar style, he stands outside the Nottingham Castle, the arrow aiming at the gatehouse and the establishment within. There have been a million celebrities and well known individuals clicking pictures with the famous Robin Hood. It was unveiled by the Duchess of Portland in 1952. 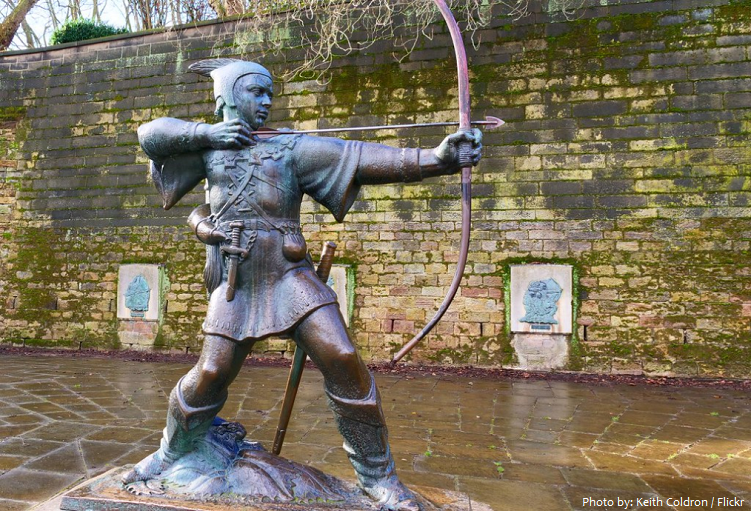 The Old Market Square (Slab Square) is an open, pedestrianised city square in Nottingham, England, forming the heart of the city, and covering an area of approximately 22,000 square metres (240,000 square feet). It is the 3rd largest square in the United Kingdom, after Lincoln’s Inn Fields in London and Queen Square in Bristol. 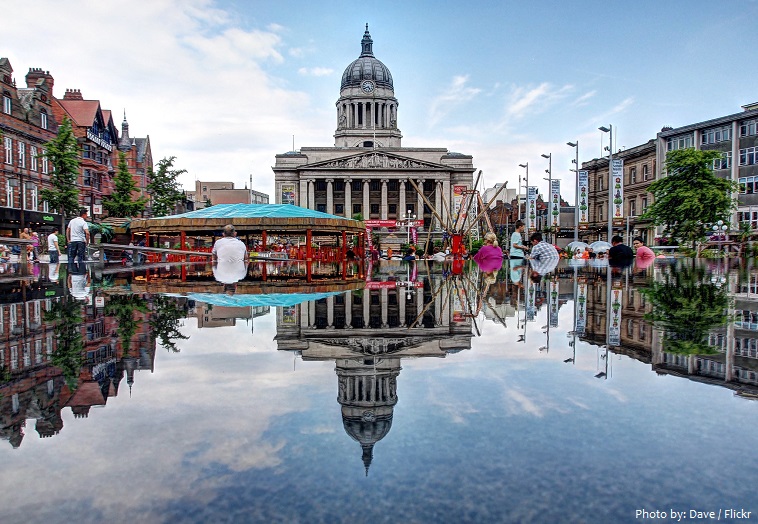 City of Caves is a visitor attraction in Nottingham based on a network of caves, carved out of sandstone that have been variously used over the years as a tannery, public house cellars, and as an air raid shelter. The caves are listed as a scheduled monument by Historic England under the name Caves at Drury Hill, Drury Hill being the medieval street under which they were formerly located until it was demolished to make way for the Broadmarsh Shopping Centre. The newer City of Caves name refers to the fact that the city of Nottingham has hundreds of man-made caves, which have been in use for over a thousand years. 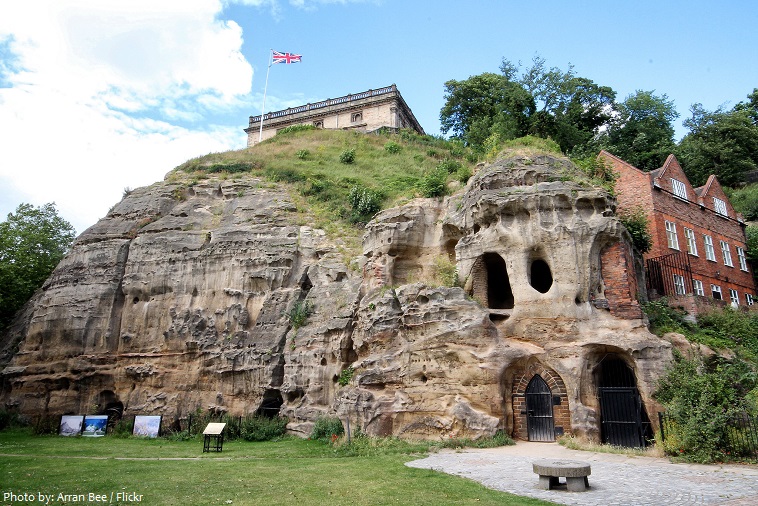 The Church of St Mary the Virgin is the oldest religious foundation and the largest mediaeval building in the city. The church is Grade I listed by the Department for Culture, Media & Sport as a building of outstanding architectural or historic interest. 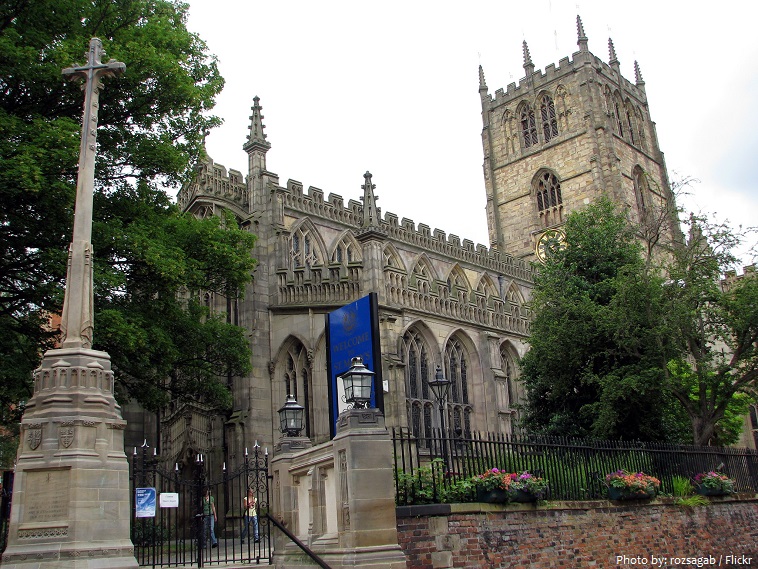 Newstead Abbey is a beautiful historic house set in a glorious landscape of gardens and parkland. It was formerly an Augustinian priory. Converted to a domestic home following the Dissolution of the Monasteries, it is now best known as the ancestral home of Lord Byron.

Wollaton Park is a 200 hectare (500 acre) park in Nottingham, which includes a deer park. It is centred on Wollaton Hall, a classic Elizabethan prodigy house which contains the Nottingham Natural History Museum, with the Nottingham Industrial Museum in the stable block. 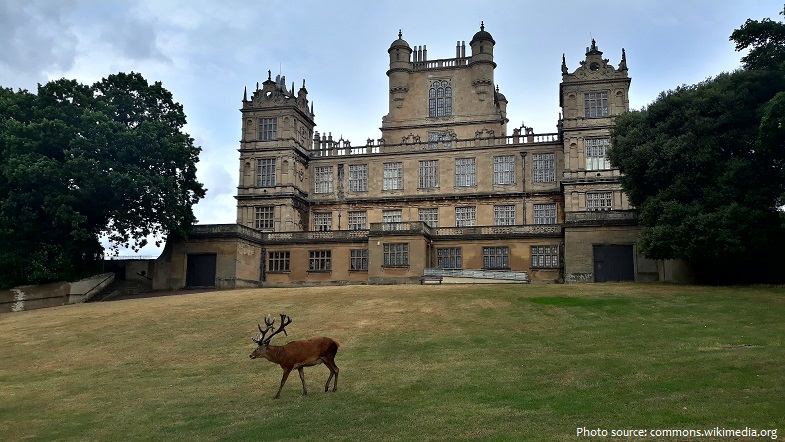 Three pubs in Nottingham claim the title of England’s Oldest Pub. The contenders are Ye Olde Trip To Jerusalem near the castle, The Bell on the Old Market Square, and The Salutation on Maid Marian Way.

In the sporting world, Nottingham is home to the world’s oldest professional football club, Notts County, which was formed in 1862.

On 11 December 2015, Nottingham was named a “City of Literature” by UNESCO.