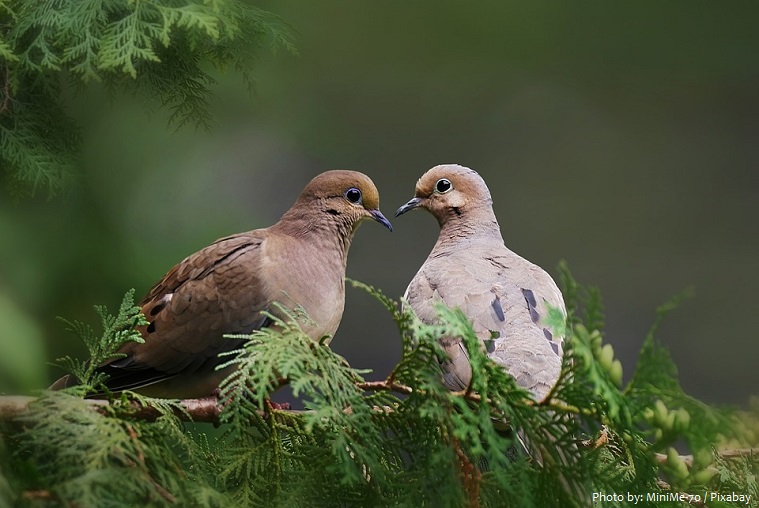 The mourning dove (Zenaida macroura) is a member of the dove family, Columbidae.

The bird is also known as the American mourning dove or the rain dove. 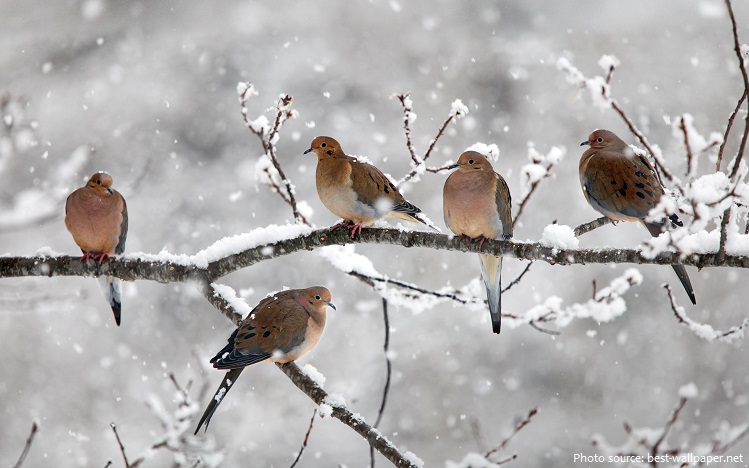 They live from southern Canada, throughout the United States, and south to Panama.

Mourning doves are highly adaptable birds and are found in a wide variety of habitats. They are more common in open woodlands and forest edges near grasslands, fields, farms and urban areas.

The average lifespan of the mourning dove is 4 to 5 years in the wild and up to 19 years in captivity.

The mourning dove is a medium-sized, slender dove approximately 31 cm (12 in) in length. 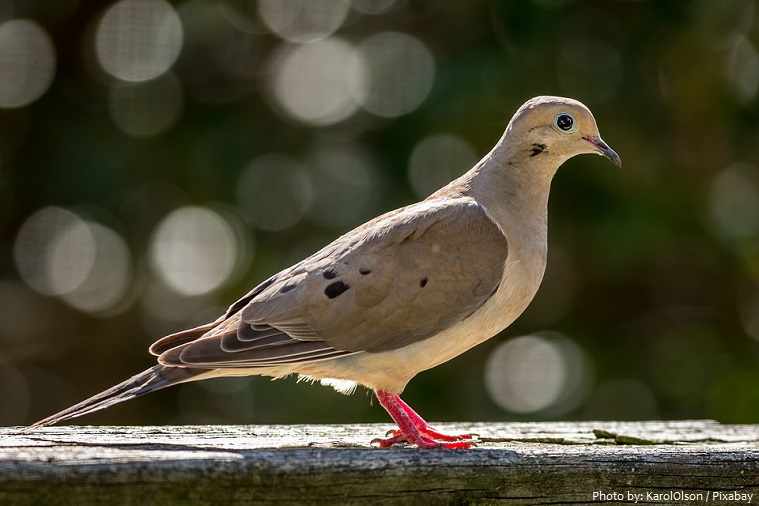 They have a stream-lined appearance, with a relatively small head and a long, pointed tail.

Their coloration– The plumage is generally light gray-brown and lighter and pinkish below. The wings have black spotting, and the outer tail feathers are white, contrasting with the black inners. Below the eye is a distinctive crescent-shaped area of dark feathers. They have a small, black bill and red legs and feet.

Males and females are similar in appearance. 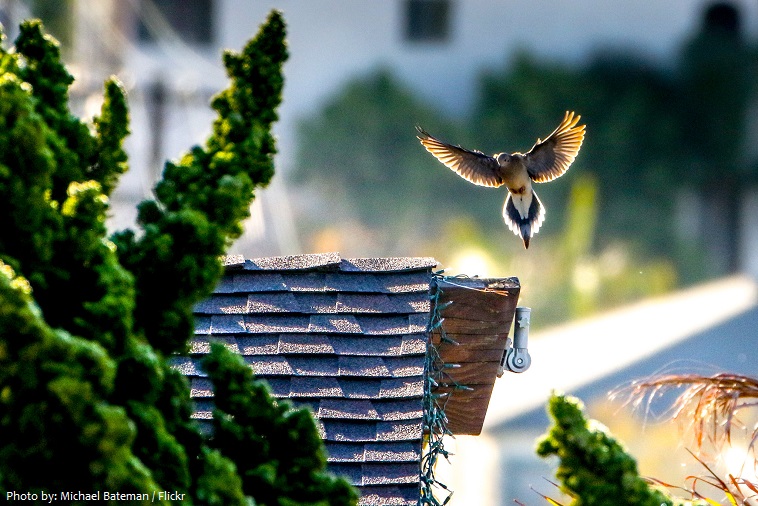 It is also swift and maneuverable in flight, so can escape most predators.

The species usually forages on the ground, walking but not hopping.

Mourning doves eat almost exclusively seeds, which make up more than 99% of their diet. They eat agricultural crops, especially cereal grains such as corn, millet, rye, barley, and oats. Rarely, they will eat snails or insects.

Mourning doves generally eat enough to fill their crops and then fly away to digest while resting.

Like other dove, the mourning dove drinks by suction, without lifting or tilting its head. It often gathers at drinking spots around dawn and dusk. 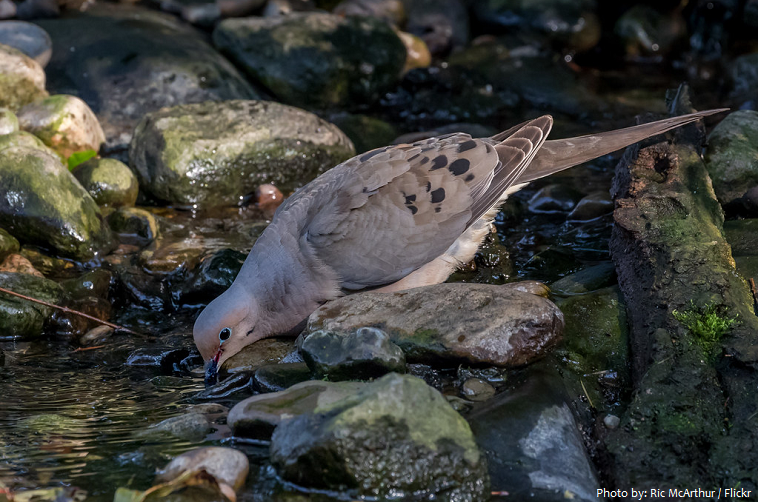 This species’ call is a distinctive, plaintive cooOOoo-woo-woo-woooo, uttered by males to attract females, and may be mistaken for the call of an owl at first. Other sounds include a nest call cooOOoo by paired males to attract their mates to the nests, a greeting call a soft ork by males upon joining their mates again, and an alarm call a short roo-oo by either male or female when in danger.

The mourning dove is monogamous and forms strong pair bonds. Pairs typically reconvene in the same area the following breeding season, and sometimes may remain together throughout the winter.

Courtship begins with a noisy flight by the male, followed by a graceful, circular glide with outstretched wings and head down. After landing, the male will approach the female with a puffed-out breast, bobbing head, and loud calls. Mated pairs will often preen each other’s feathers. 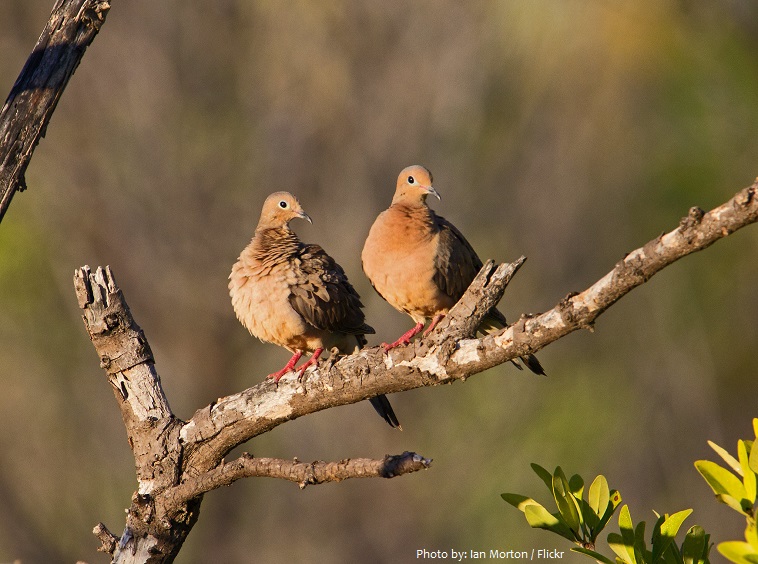 After finding a mate, males begin selecting a nest site. Nest construction takes over ten hours and covers a span of three to four days.

Female mourning doves generally lay two small, white eggs in an open nest. Both sexes incubate, the male from morning to afternoon, and the female the rest of the day and at night. Mourning doves are devoted parents; nests are very rarely left unattended by the adults.

The young leave the nest about 15 days after hatching but remain nearby until they are more accomplished at flying, usually at about 30 days old. 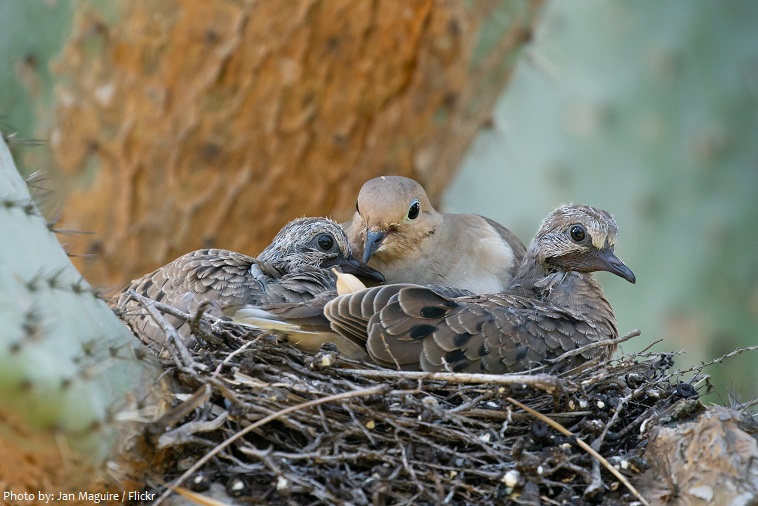 The primary predators of this species are diurnal birds of prey, such as falcons and hawks. During nesting, corvids, grackles, cats, or rat snakes will prey on their eggs.

Adult mourning doves will try to lure predators away from their nests by pretending to be injured. This is called the “broken-wing feign.” They flutter about on the ground in front of the predator, as if they had a broken wing, and lure them away from the area of their nest.

The mourning dove is one of the most abundant and widespread of all North American birds. 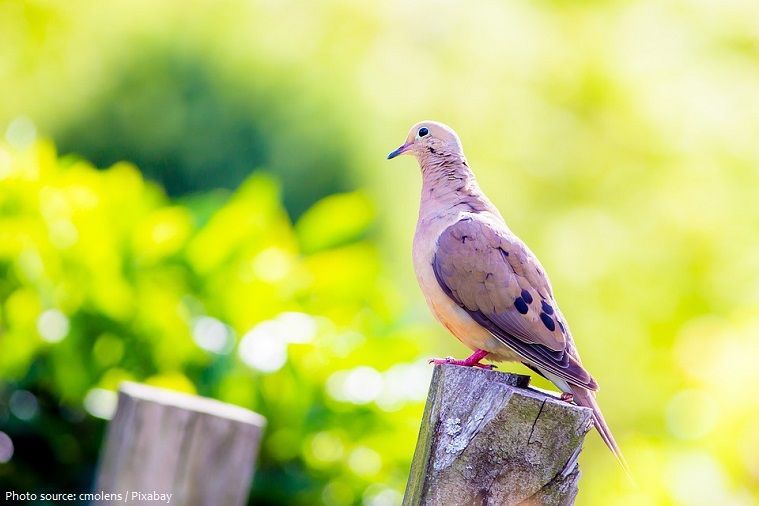 The number of individual mourning doves is estimated to be approximately 475 million.

It is also a leading gamebird, with more than 20 million birds (up to 70 million in some years) shot annually in the US, both for sport and for meat.

The eastern mourning dove is Wisconsin‘s official symbol of peace. The bird is also Michigan‘s state bird of peace.

Mourning dove imagery also turns up in contemporary American and Canadian poetry in the work of poets as diverse as Robert Bly, Jared Carter, Lorine Niedecker, and Charles Wright. 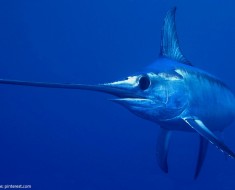 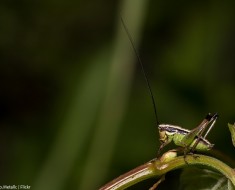 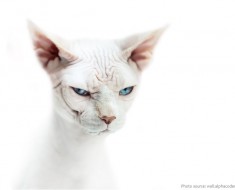 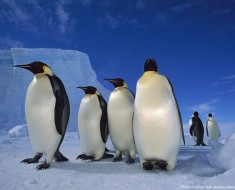 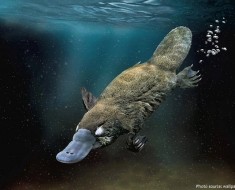 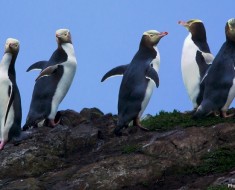