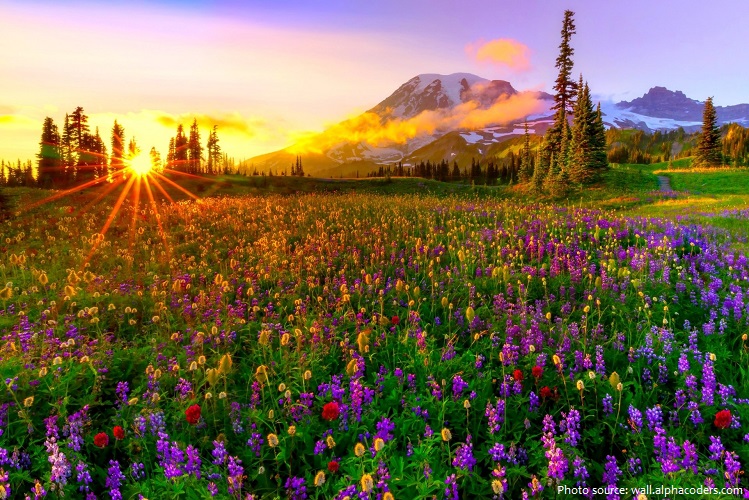 Meadows are fields of wildflowers and grass that are home to and food for myriad insects that the small mammals and other creatures eat.

The word “meadow” comes from the Old English mædwe, which derives from mæþ meaning ‘mown’ and refers to a field where the grass is cut in summer.

Meadows may be present across the world in mountains, forests, coasts, plains and cultivated areas. When they bloom meadows are beautiful places with colorful flowers and butterflies. 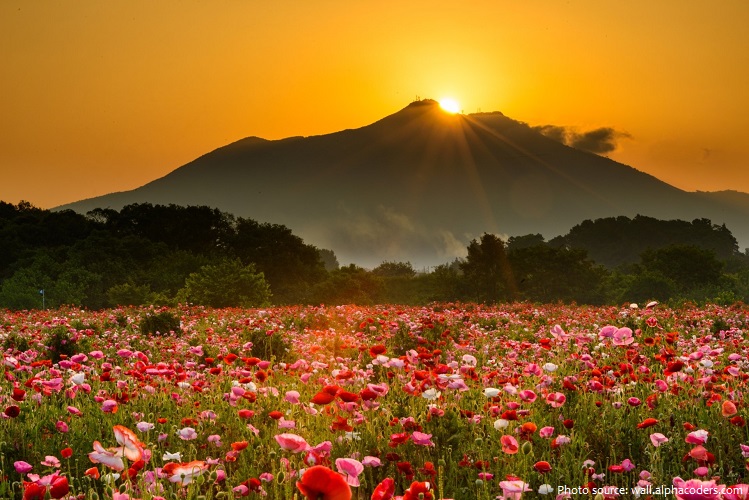 There are multiple types of meadows, such as agricultural, transitional, and perpetual, each important to the ecosystem.

An agriculture meadow is grassland which is not regularly grazed by domestic livestock, but rather allowed to grow unchecked in order to produce hay.

A transitional meadow occurs when a field, pasture, farmland, or other cleared land is no longer cut or grazed and starts to display luxuriant growth, extending to the flowering and self-seeding of its grass and wild flower species. 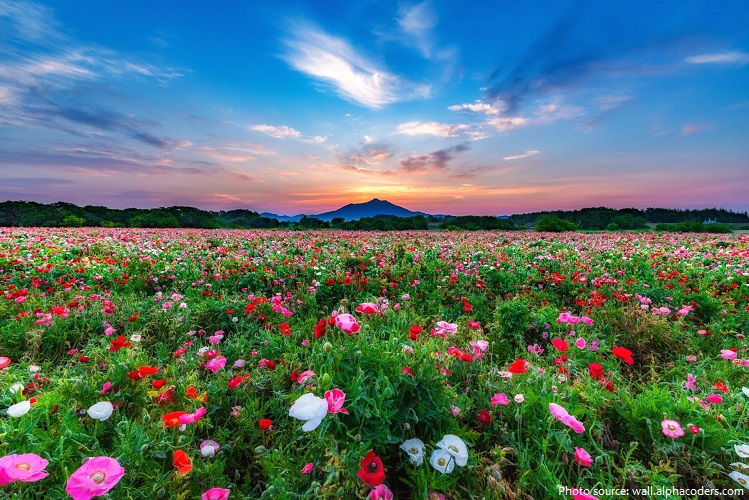 A perpetual meadow, also called a natural meadow, is one in which environmental factors, such as climatic and soil conditions, are favorable to perennial grasses and restrict the growth of woody plants indefinitely.

Meadows support an amazing number of grass and wildflower species.

High plant diversity in meadows more or less guarantees that there will also be a great diversity of animals. Meadows are used to produce winter food for livestock. The wide range of flowering plants and grasses provides a highly nutritional crop, with an increased protein and mineral content in the forage.

In North America prior to European colonization, Algonquians, Iroquois and other Native Americans peoples regularly cleared areas of forest to create transitional meadows where deer and game could find food and be hunted. For example, some of today’s meadows originated thousands of years ago, due to regular burnings by Native Americans. For cenuries traditional hay meadows were a common sight across Britain but since the advent of agricultural intensification they have dramatically declined by 97% and the wildlife that depends on them has suffered.

Britain’s wildflower meadows have been used by writers and artists for centuries to convey a sense of rural idyll and to celebrate our traditional countryside.

The surname Meadows is derived from the Old English words mæd and mædwe, which both mean meadow. It belongs to the class of topographic surnames, which were given to people who resided near physical features such as hills, streams, churches, or types of trees.