Lyon is a city in France.

It is the capital of the Metropolis of Lyon and the region of Auvergne-Rhône-Alpes.

The city is located in the country’s east-central part at the confluence of the rivers Rhône and Saône, about 470 km (292 mi) south from Paris.

As of October 2019, the population of Lyon is about 520,000 people. It is the third largest city in France after Paris and Marseille.

The area has been inhabited since prehistoric times.

A Roman military colony called Lugdunum was founded there in 43 BC.

Early Christians in Lyon were martyred for their beliefs under the reigns of various Roman emperors, most notably Marcus Aurelius and Septimius Severus.

Local saints from this period include Blandina, Pothinus, and Epipodius, among others. 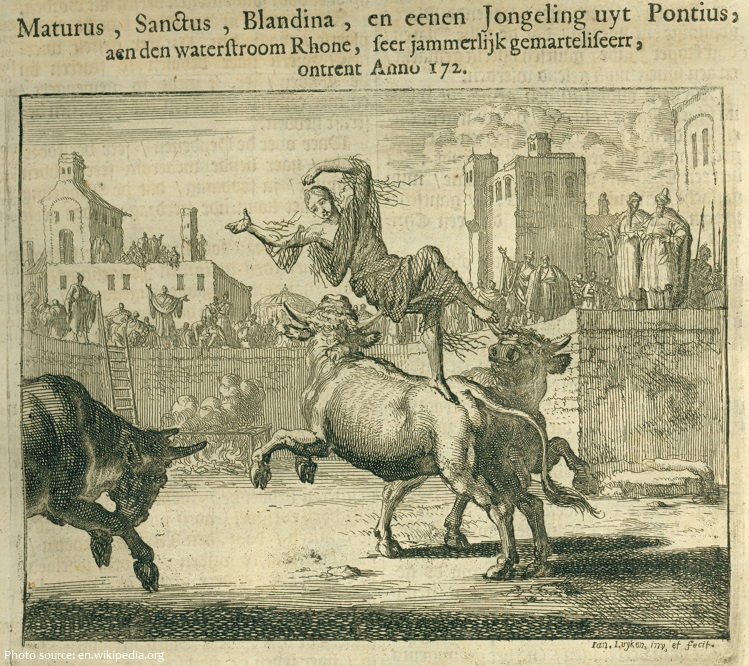 In 1032 Lyon was incorporated into the Holy Roman Empire, but the real power lay with the city’s archbishops, whose influence caused important ecumenical councils to be held there in 1245 and again in 1274.

Lyon was annexed to the kingdom of France in 1312.

The Renaissance ushered in a period of economic prosperity and intellectual brilliance.

The establishment, in 1464, of commercial fairs together with the arrival in the city of Italian merchant bankers enabled Lyon to flourish. 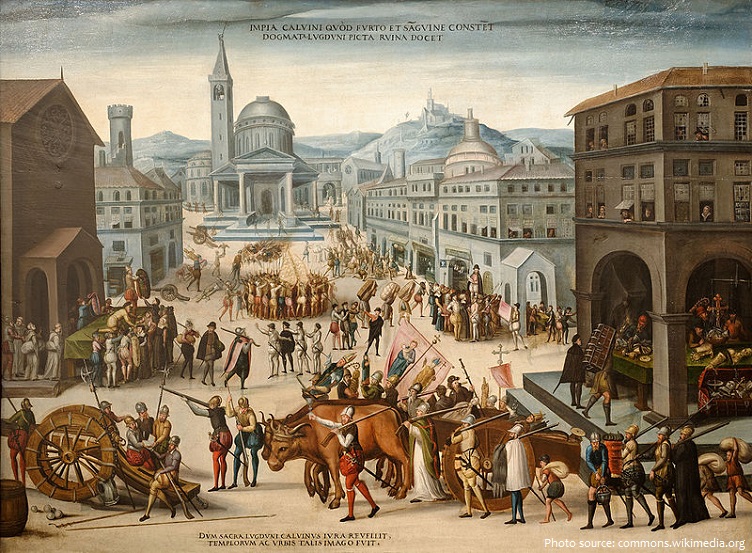 By the 17th century it was the silk-manufacturing capital of Europe.

Printing was introduced as early as 1473, and Lyon soon became one of the most active printing centres in Europe.

The French Revolution brought uneasy times. The collapse of the domestic market and the closing of foreign markets brought a slump in the silk industry, and in 1793 the city was besieged by republican forces of the Montagnards. 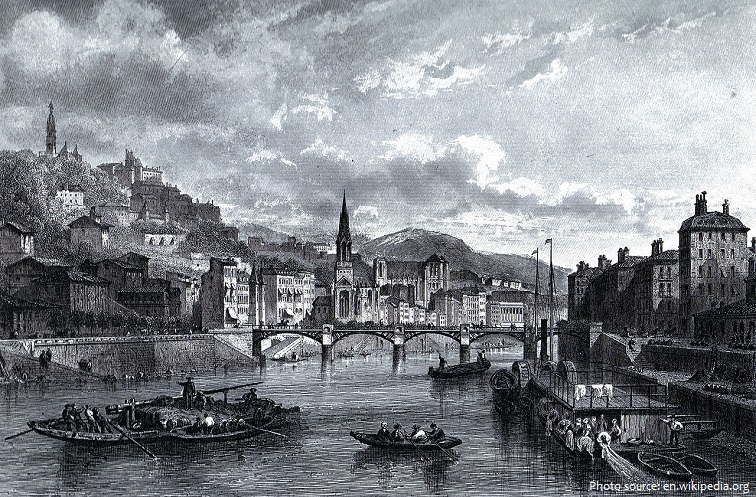 During World War II, Lyon was a centre for the occupying Nazi forces. But the city was also a stronghold of the French Resistance – the many secret passages known as traboules enabled people to escape Gestapo raids.

The Historic Site of Lyon was designated a UNESCO World Heritage Site in 1998. In its designation, UNESCO cited the “exceptional testimony to the continuity of urban settlement over more than two millennia on a site of great commercial and strategic significance.”

Today, Lyon is a vibrant metropolis which makes the most out of its unique architectural, cultural and gastronomic heritage, its dynamic demographics and economy and its strategic location between Northern and Southern Europe. 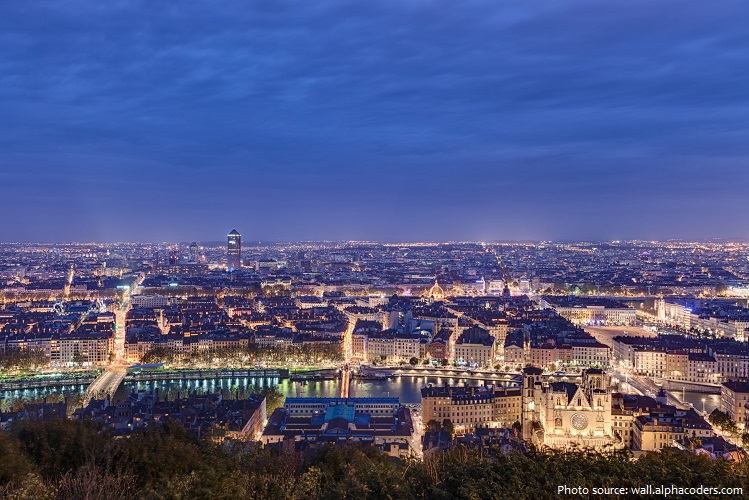 The Basilica of Notre-Dame de Fourvière is a minor basilica in Lyon. It was built with private funds between 1872 and 1884 in a dominant position overlooking the city. The site it occupies was once the Roman forum of Trajan, the forum vetus (old forum), thus its name. The design of the basilica, by Pierre Bossan, draws from both Romanesque and Byzantine architecture, two non-Gothic models that were unusual choices at the time. It has four main towers, and a belltower topped with a gilded statue of the Virgin Mary. It features fine mosaics, superb stained glass, and a crypt of Saint Joseph.

Lyon Cathedral is a Roman Catholic church located on Place Saint-Jean in Lyon. The cathedral is dedicated to Saint John the Baptist, and is the seat of the Archbishop of Lyon. The cathedral was founded by Saint Pothinus and Saint Irenaeus, the first two bishops of Lyon. Begun in 1180 on the ruins of a 6th-century church, it was completed in 1476. 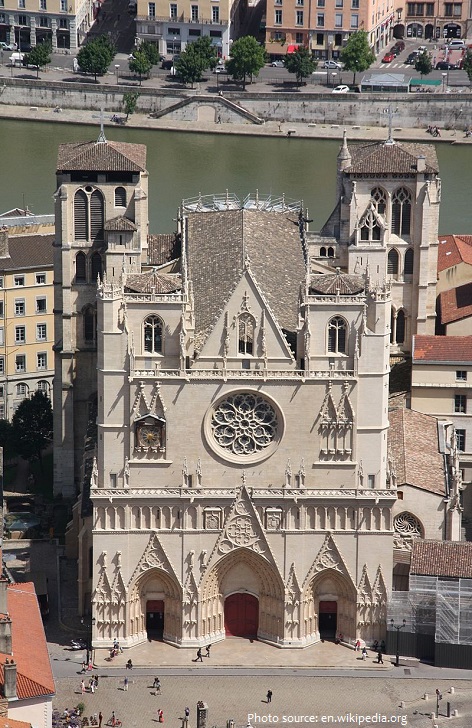 The Museum of Fine Arts of Lyon is a municipal museum of fine arts in Lyon. It is housed near place des Terreaux in a former Benedictine convent of the 17th and 18th centuries. Its collections range from ancient Egypt antiquities to the Modern art period and make the museum one of the most important in Europe. It is one of the largest art museums in France. 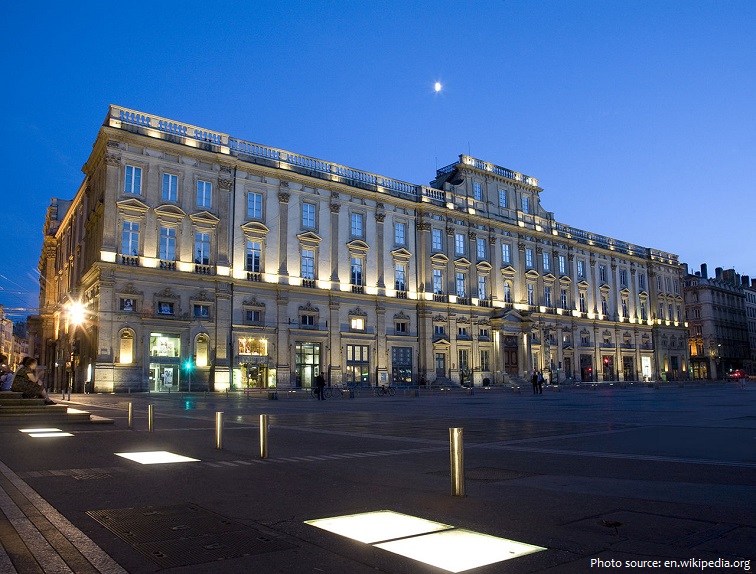 La Place Bellecour is a large square in the centre of Lyon, France, to the north of the Ainay district. Measuring 312 by 200 meters (1024 by 656 feet), it is one of the largest open squares (i.e. without any patches of greenery or trees) in Europe, and the third biggest square in France. It is also the largest pedestrian square in Europe. 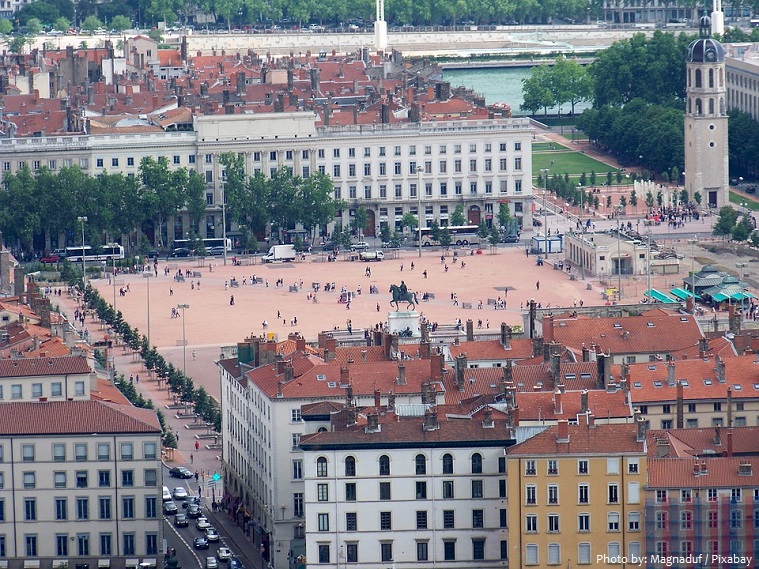 The Vieux Lyon is the largest Renaissance district of Lyon. In 1954, Vieux-Lyon, the city’s oldest district, became the first site in France to be protected under the Malraux law to protect France’s
cultural sites. Covering an area of 424 hectares (1048 acres) at the foot of the Fourvière hill, it is one of Europe’s most extensive Renaissance neighborhoods. There are three distinct sections: Saint Jean, Saint Paul and Saint Georges. 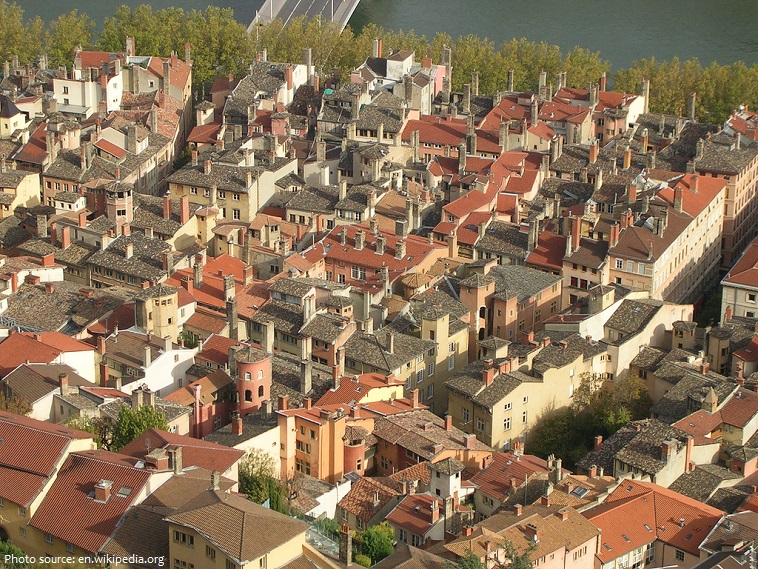 Parc de la Tête d’or in Lyon, is a large urban park with an area of approximately 117 hectares (290 acres). It features a lake on which boating takes place during the summer months. Due to the relatively small number of other parks in Lyon, it receives a huge number of visitors over summer, and is a frequent destination for joggers and cyclists. In the central part of the park, there is a small zoo; there are also sports facilities, such as a velodrome, boules court, mini-golf, horse riding, and a miniature train.

Lyon played a significant role in the history of cinema: it is where Auguste and Louis Lumière invented the cinematograph.

It is also known for its light festival, the Fête des Lumières, which begins every 8 December and lasts for four days, earning Lyon the title of Capital of Lights.

Lyon has a long and chronicled culinary arts tradition. The noted food critic Curnonsky referred to the city as “the gastronomic capital of the world”, a claim repeated by later writers such as Bill Buford.

Renowned 3-star Michelin chefs such as Marie Bourgeois and Eugénie Brazier developed Lyonnaise cuisine into a national phenomenon favoured by the French elite; a tradition which Paul Bocuse later turned into a worldwide success.

Inhabitants of the city are called Lyonnais. 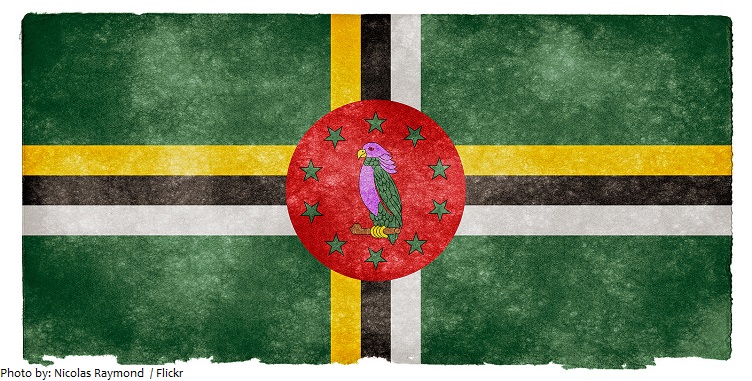 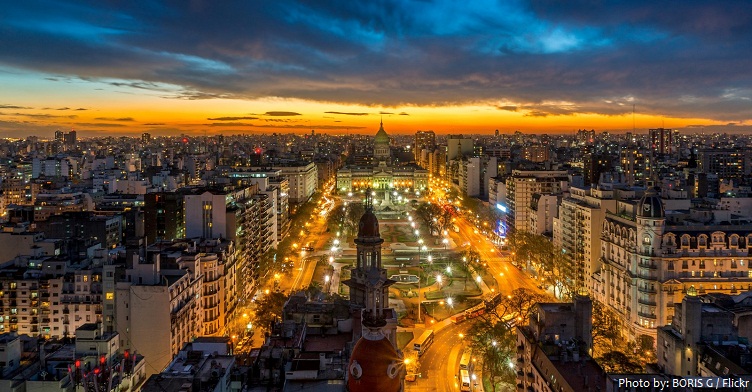 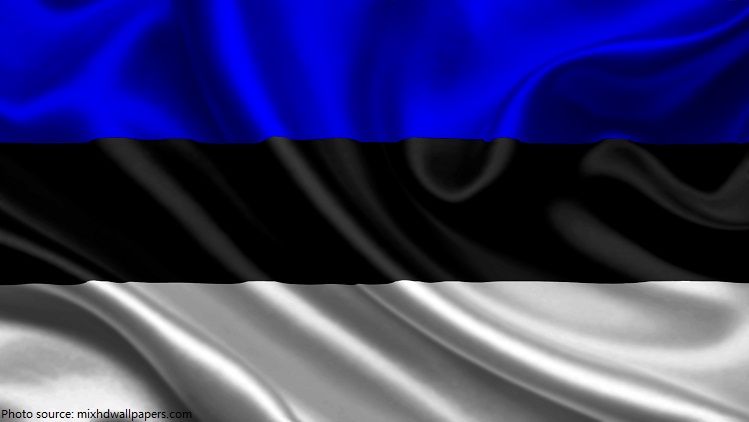 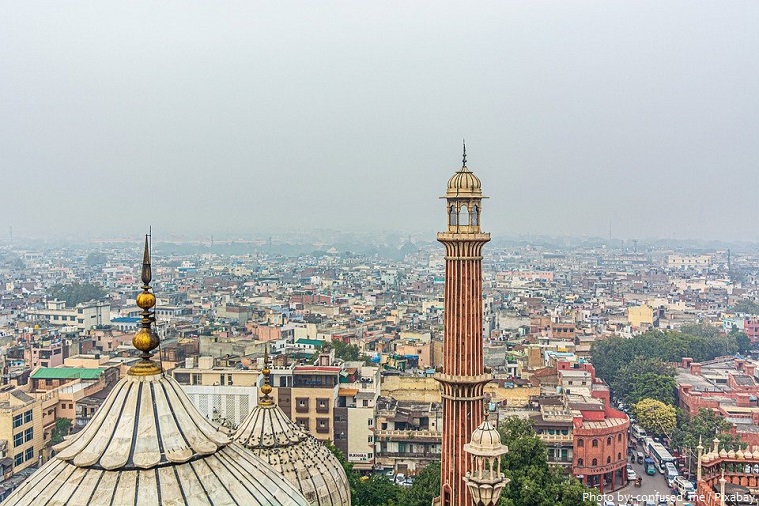 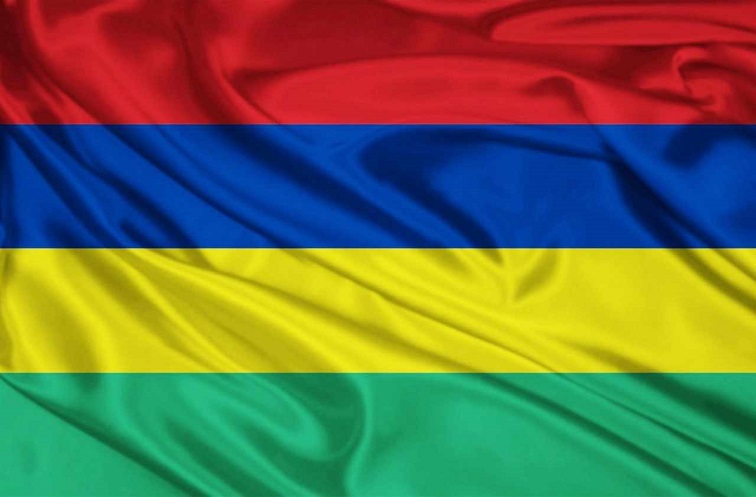 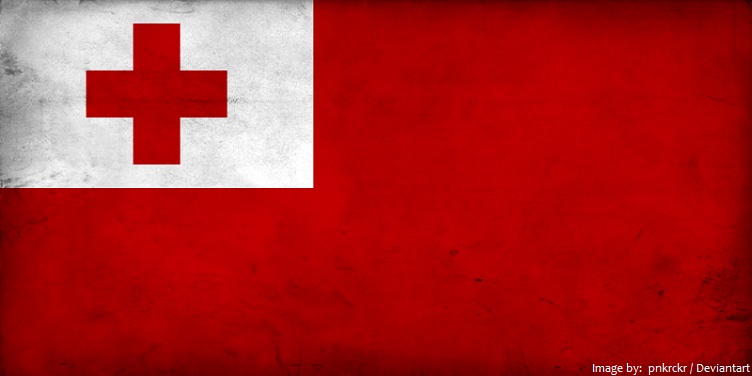