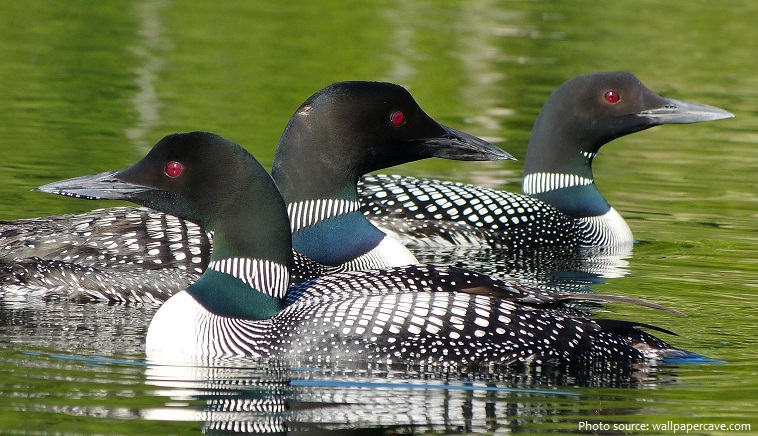 The loons or divers are a group of aquatic birds found in many parts of North America and northern Eurasia.

There are five species of loons, including the Red-throated Loon, Pacific Loon, Arctic Loon, Yellow-billed Loon and Common Loon. The Common Loon is the most widespread and well-known species, and the only one that breeds as far south as New Hampshire.

Loons have lifespan up to 30 years.

Loons, which are the size of a large duck or a small goose, resemble these birds in shape when swimming.

Male and female loons have identical plumage, which is largely patterned black-and-white in summer, with grey on the head and neck in some species. All have a white belly. 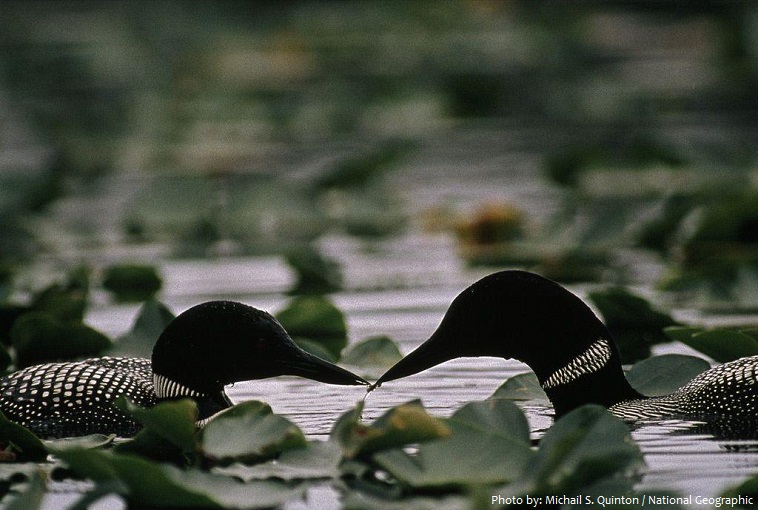 The specific species can then be distinguished by certain features, such as the size and color of the head, neck, back and bill.

Loons spend most of their lifetime in water as they cannot walk efficiently. They are excellent swimmers and powerful fliers. However, they need to run for a sufficient distance across the surface of the water to generate enough force to take-off.

Loons in flight resemble plump geese with seagulls’ wings that are relatively small in proportion to their bulky bodies. 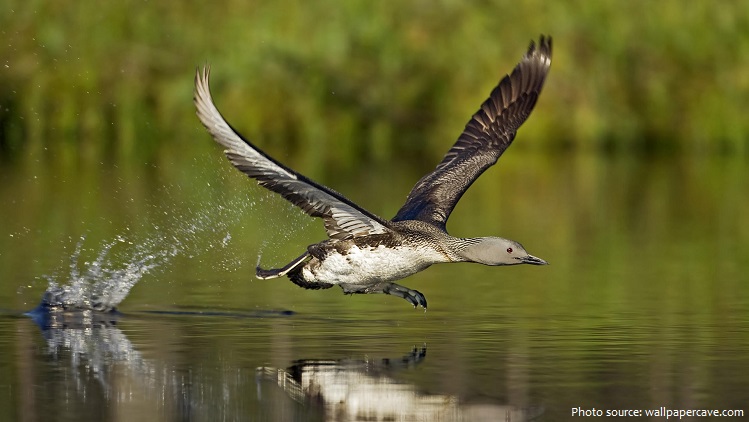 Loons are capable of long flights during migration. Scientists from the U.S. Geological Survey, who have implanted satellite transmitters in some individuals, have recorded daily flights of up to 1078 kilometers (670 miles) in a 24-hour period, which probably resulted from single movements.

Loons find their prey by sight. They eat mainly fish, supplemented with amphibians, crustaceans and similar mid-sized aquatic fauna. Specifically, they have been noted to feed on crayfish, frogs, snails, salamanders and leeches. They prefer clear lakes because they can more easily see their prey through the water.

They generally hunt in water 2 to 4 meters (6.5 to 13 feet) deep and can hold their breath for as long as 90 seconds while underwater.

Loons use visual displays and vocalizations to communicate.

Before loons can reproduce they must go through a courtship process. This is the process of finding a life partner. 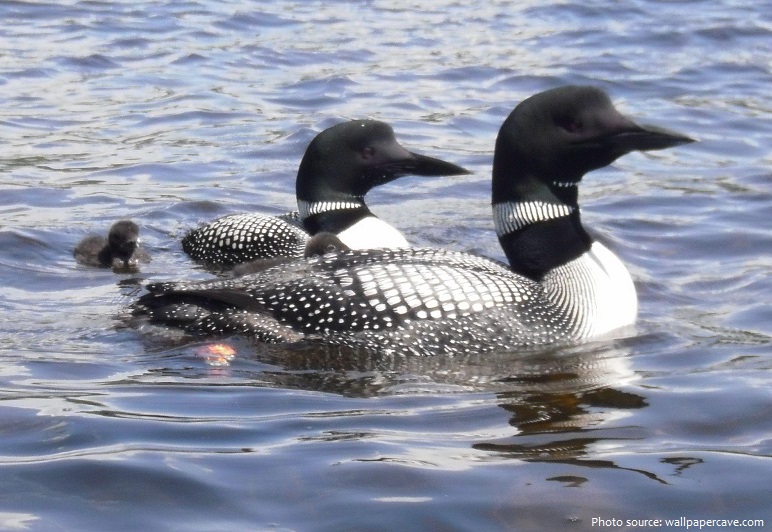 During incubation, male and female common loons take turns incubating the eggs and protecting the nest. After hatching, the chicks leave the nest with the parents. The parents feed the chicks whole food every hour from the time of hatching until they are up to three months old.

Loons have few known predators, but may be vulnerable to large marine mammals such as sea otters and large raptors, such as bald eagles and ospreys.

The International Union for Conservation of Nature’s Red List classifies the common loon as least concern, which means it isn’t endangered and is not close to being endangered. 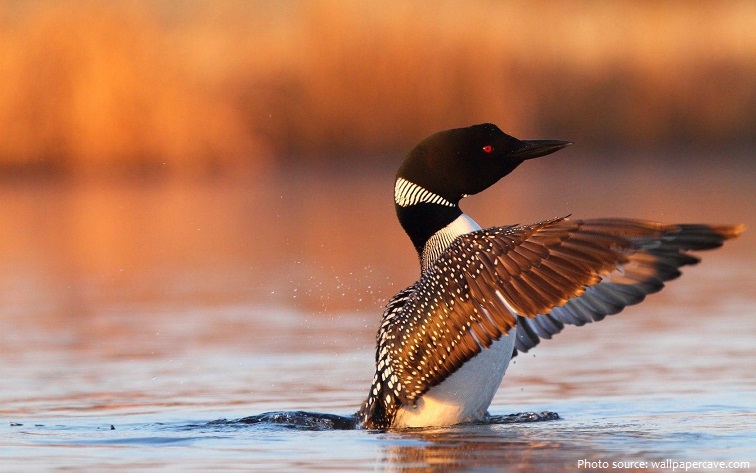 The European Anglophone name “diver” comes from the bird’s habit of catching fish by swimming calmly along the surface and then abruptly plunging into the water. The North American name “loon” likely comes from either the Old English word lumme, meaning lummox or awkward person, or the Scandinavian word lum meaning lame or clumsy. Either way, the name refers to the loon’s poor ability to walk on land.

In prehistoric times, the loons had a more southerly distribution than today, and their fossils have been found in places such as California, Florida and Italy.

California Native American myths have a recurring figure, Loon or Loon Woman, based on the common loon.

The common loon is the provincial bird of Ontario and is depicted on the Canadian one-dollar coin, which has come to be known affectionately as the “loonie.”

Mercer, Wisconsin, promotes itself as the “Loon Capital of the World.”

Henry David Thoreau describes a playful and inspiring acquaintance with a loon on Walden Pond in his book Walden. 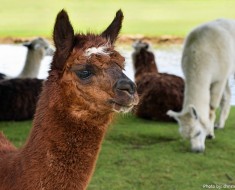 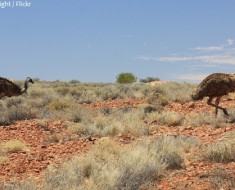 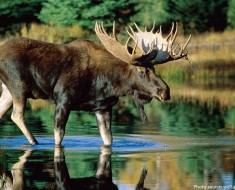 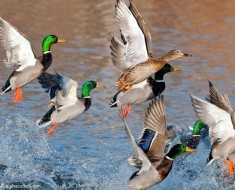 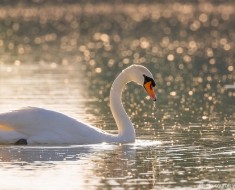