Looney Tunes are animated short films produced by Warner Bros. from 1930 to 1969, along with an accompanying series, Merrie Melodies.

Spurred by the success of Walt Disney’s Mickey Mouse cartoons, Warner Brothers contracted with Leon Schlesinger to produce an animated short that incorporated music from the studio’s extensive recording library. Schlesinger subcontracted the work to animators Hugh Harman and Rudolf Ising, who were using the then novel innovation of synchronized sound to create animated talkies. Their first animated film for Schlesinger, Sinkin’ in the Bathtub (1930), featured Bosko, a wide-eyed character that bore an uncanny resemblance to Otto Messmer’s Felix the Cat. Sinkin’ in the Bathtub’s bawdy humour was a hit with moviegoers, and the cartoon concluded with Bosko addressing the audience with a phrase that would become a Looney Tunes trademark—“That’s all, folks!

Warner Brothers ordered more of the shorts, and the Harman-Ising studio added a second series of animated films under the banner of Merrie Melodies.

After Bugs Bunny became the breakout recurring star, Looney Tunes moved from black and white to color production in the early 1940s, Merrie Melodies having already been in color since 1934. The two series gradually lost their distinctions, and shorts were assigned to each series randomly.

From 1942 through the 1960s, Looney Tunes and Merrie Melodies were the most popular cartoon shorts in movie theaters, exceeding the works of Disney and other popular competitors such as Paramount Pictures (Popeye the Sailor), Universal Pictures (Woody Woodpecker), and MGM (Tom and Jerry, Droopy, etc.).

Since its success during the short film era of cartoons, Looney Tunes has become a worldwide media franchise, spawning several television series, feature films, comic books, music albums, video games, and amusement park rides. Many of the characters have made and continue to make cameo appearances in various other television shows, films, and advertisements.

Many Looney Tunes films are regarded as some of the greatest animated cartoons of all time.

The most famous Looney Tunes character, Bugs Bunny, is regarded as a cultural icon and has appeared in more films than any other cartoon character. Warner Bros. began featuring smart-talking rabbits in its cartoons as early as the 1930s, but it wasn’t until 1940 that the rogue we know and love began to take shape on the screen.

Elmer Fudd initially just wanted to shoot Bugs Bunny with a camera. He came to the country to photograph wildlife, but Bugs drove him crazy, causing him to jump into a lake and nearly drown. After that Elmer replaced the camera with a rifle.

In April 1937, Daffy Duck made his first screen appearance in a cartoon named Porky’s Duck Hunt. Duck hunting was a favourite sport of the time and Warner Brothers cashed in on the popularity to create the perfect repeat murder-attempt victim — Daffy Duck.

Porky Pig is known for his signature line at the end of many shorts, “Th-th-th-that’s all, folks!” This slogan (without stuttering) had also been used by both Bosko and Buddy and even Beans at the end of Looney Tunes cartoons. In contrast, the Merrie Melodies series used the slogan: So Long, Folks! until the mid 1930s when it was replaced with the same one used on the Looney Tunes series (when Bugs Bunny was the closing character, he would break the pattern by simply saying, in his Brooklynese accent, “And Dat’s De End!”). He is the oldest continuing Looney Tunes character.

Wile E. Coyote and the Road Runner are a duo of cartoon characters from the Looney Tunes series of animated cartoons, first appearing in 1949 in the theatrical cartoon short Fast and Furry-ous. Coyote usually does not make a sound, unlike Road Runner, who gives off the occasional “meep, meep.” Instead, Coyote communicates with signs that display his emotion, such as “ouch” or “uh-oh.” He has been known to talk, however, when he is around Bugs Bunny (In that case, Coyote was voiced by Mel Blanc). When Wile E. does talk, it’s usually with a British accent, often proclaiming to be a “super genius.”

Though many people assume Tweety is female, in the Tweetie Pie short we learn that Tweety is male.

Yosemite Sam is better known in France as Sam the Pirate. That’s because the French have become accustomed to seeing his pirate persona as the default Sam and all the others—including the cowboy—as variations.

A handful of Looney Tunes and Merrie Melodies shorts from the 1930s-40s are no longer aired on USA television, because of the racial stereotypes of African-Americans, Jews, Japanese, Chinese, and Germans included in some of the cartoons.

In 1999 all Speedy Gonzales cartoons were made unavailable because of their alleged stereotyping of Mexicans. But because the level of stereotyping was minor compared to the World War II era cartoons, as well as the protests of many Hispanics who said that they were not offended, and fondly remembered Speedy Gonzales cartoons as a representation of their youth and nation’s individuality, these shorts were made available for broadcast again in 2002. This would be short lived, however, as Cartoon Network and Boomerang ceased airing Speedy Gonzales. 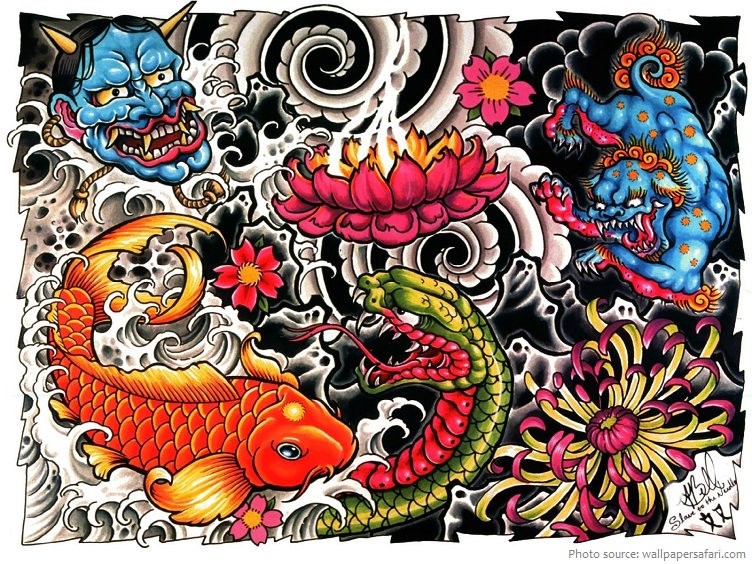