Lisbon is the capital and the largest city of Portugal.

The city is situated at the mouth of the Tagus River and is the westernmost capital of a mainland European country.

As of June 2018, the population of Lisbon is about 550,000 people. Its urban area extends beyond the city’s administrative limits with a population of around 2.8 million people.

The city has a total area of 100 square kilometers (39 square miles). 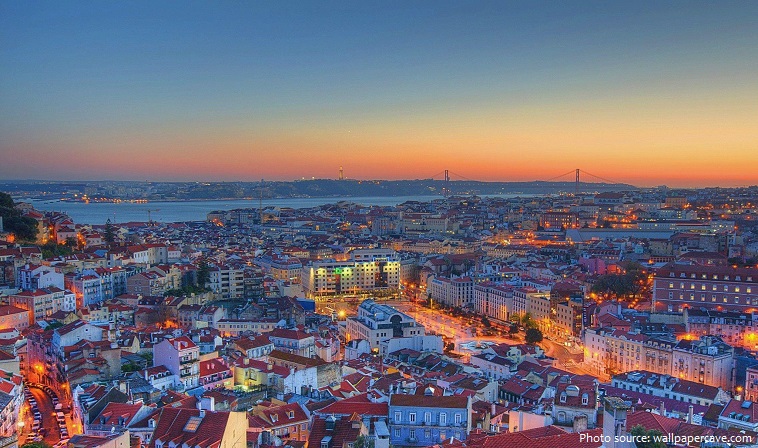 The history of Lisbon, revolves around its strategic geographical position at the mouth of the Tagus, the longest river in the Iberian Peninsula.

Although it seems likely that the city was founded about 1200 B.C. as a trading station by the far-ranging Phoenicians, there is no unassailable proof of the story. The city’s ancient name, Olisipo (Ulyssipo), may be derived from the Phoenician alis ubbo (“delightful little port”) or from the legend that the city’s founder was Odysseus.

Julius Caesar made it a municipium called Felicitas Julia, adding to the name Olissipo.

Ruled by a series of Germanic tribes from the 5th century, it was captured by the Moors in the 8th century.

In 1147, the Crusaders under Afonso Henriques reconquered the city and since then it has been a major political, economic and cultural center of Portugal.

Lisbon flourished in the 15th and 16th centuries as the center of a vast empire during the period of the Portuguese discoveries. This was a time of intensive maritime exploration, when the Kingdom of Portugal accumulated great wealth and power through its colonisation of Asia, South America, Africa and the Atlantic islands.

Today, Lisbon is a colorful and vibrant destination. Renowned for its warm and sunny disposition, the city is blessed with a wealth of historic monuments, world-class museums, and a host of other fabulous things to do.

The Alfama is the oldest district of Lisbon, spreading on the slope between the São Jorge Castle and the Tejo river. Its name comes from the Arabic Al-hamma, meaning “hot fountains” or “baths”. The district includes the freguesias (parishes) of São Miguel, Santo Estêvão, São Vicente de Fora and part of the two streets, “Freguesia da Sé: Rua do Barão” and “Rua São João da Praça”. It contains many important historical attractions, as well as an abundance of Fado bars and restaurants. 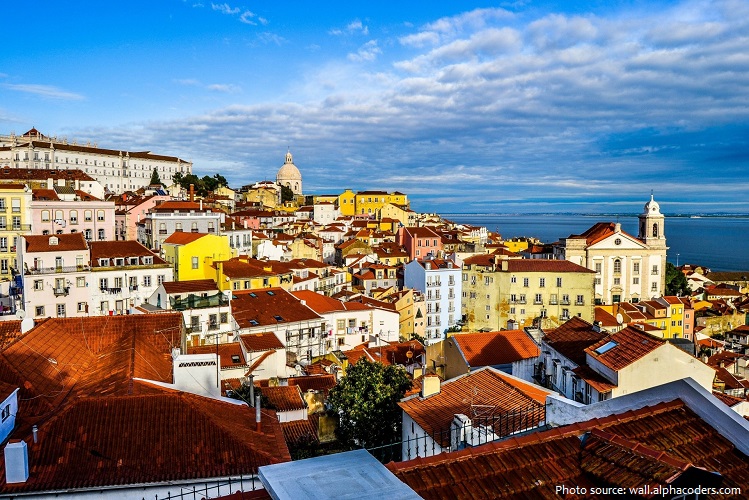 The most recognized of Lisbon’s major attractions, St. George’s Castle commands a glorious position near Alfama on the crown of a hill overlooking the Portuguese capital. This is one of Lisbon’s most popular tourist destinations. Its impressive battlements, engaging museum, and fascinating archaeological site combine to make the castle a rewarding experience for the whole family, and kids especially will love clambering over the sturdy walls and towers that encircle the grounds. 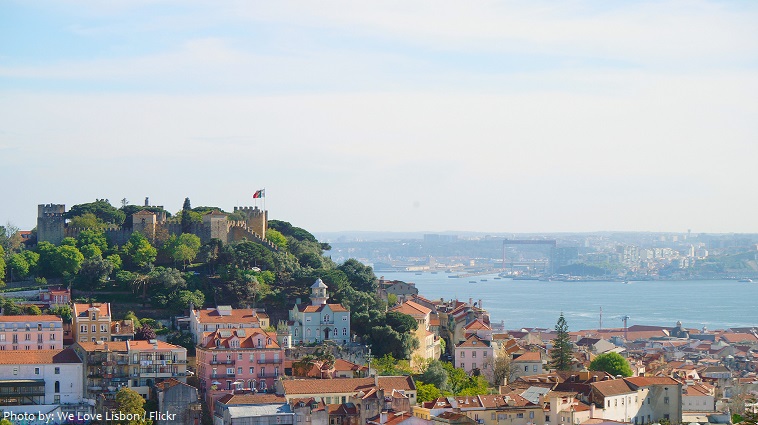 Belém Tower or the Tower of St Vincent is a fortified tower located in the civil parish of Santa Maria de Belém in the municipality of Lisbon. It is a UNESCO World Heritage Site (along with the nearby Jerónimos Monastery) because of the significant role it played in the Portuguese maritime discoveries of the era of the Age of Discoveries. The tower was commissioned by King John II to be part of a defence system at the mouth of the Tagus river and a ceremonial gateway to Lisbon. 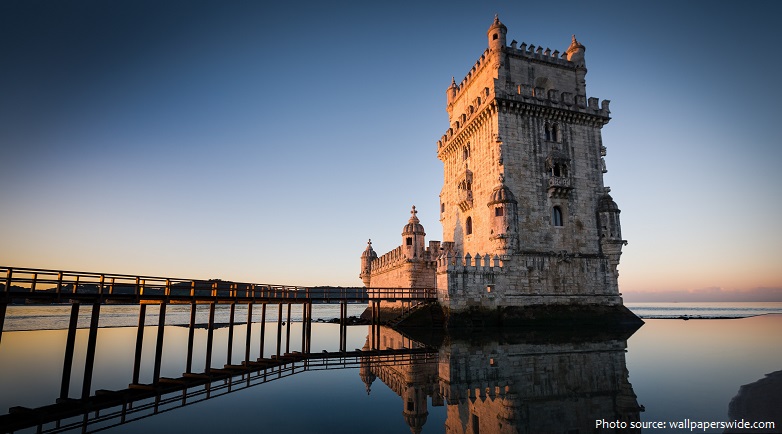 The Lisbon Oceanarium is located in the Parque das Nações, which was the exhibition grounds for the Expo ’98. It is the largest indoor aquarium in Europe. The Lisbon Oceanarium has a large collection of marine species — penguins, seagulls and other birds; sea otters (mammals); sharks, rays, chimaeras, seahorses and other bony fish; crustaceans; starfish, sea urchins and other echinoderms; sea anemones, corals and other cnidaria; octopuses, cuttlefish, sea snails and other mollusks; amphibians; jellyfish; marine plants and terrestrial plants and other marine organisms totaling about 16,000 individuals of 450 species. 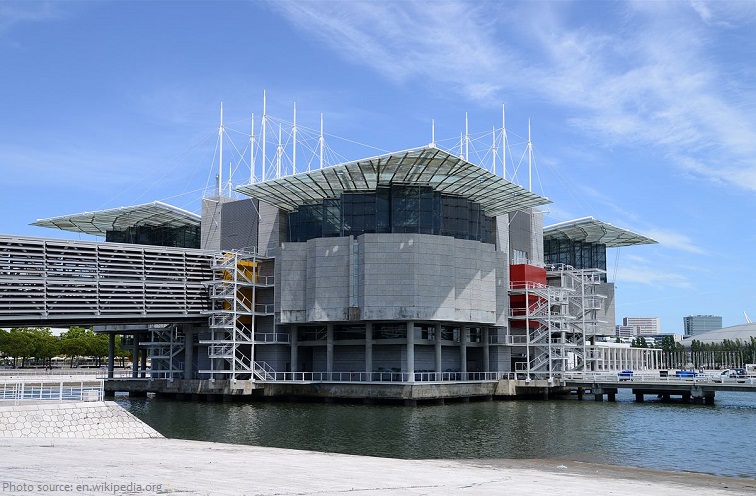 The Praça do Comércio is located in the city of Lisbon. Situated near the Tagus river, the square is still commonly known as Terreiro do Paçobecause it was the location of the Paços da Ribeira (Royal Ribeira Palace) until it was destroyed by the great 1755 Lisbon earthquake. After the earthquake, the square was completely remodeled as part of the rebuilding of the Pombaline Downtown, ordered by Sebastião José de Carvalho e Melo, 1st Marquis of Pombal, who was the Minister of the Kingdom of Portugal from 1750 to 1777, during the reign of Dom José I, King of Portugal.

A traditional form of public transport in Lisbon is the tram. Introduced in the 19th century, the trams were originally imported from the USA, and called the americanos. Popular and legendary tram 28, is a tourist attraction in itself! Tram 28 is the best way to see the city, it takes you to historic quarters and sights. 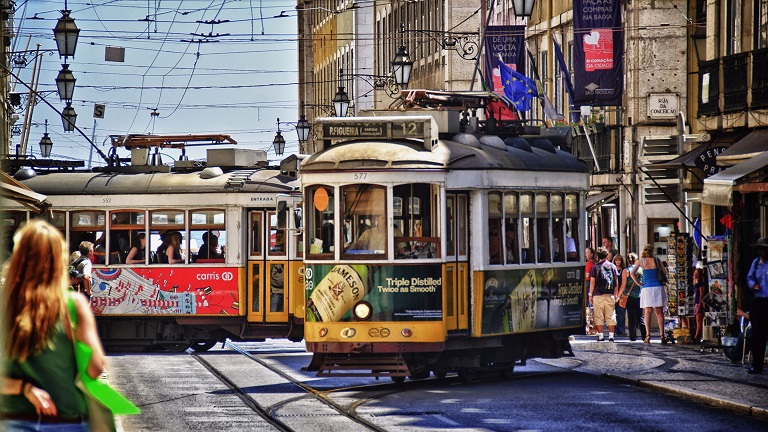 Ancient authors refer to popular legends that the city of Lisbon was founded by the mythical hero Odysseus on his journey home from Troy.

The 1755 Lisbon earthquake, in combination with subsequent fires and a tsunami, almost totally destroyed Lisbon and adjoining areas. Sebastião José de Carvalho e Melo, 1st Marquis of Pombal, took the lead in ordering the rebuilding of the city, and was responsible for the creation of the elegant financial and commercial district of the Baixa Pombalina.

Lisbon is recognized as a alpha-level global city by the Globalization and World Cities.