Home
Other
Interesting facts about Jesus

Jesus also referred to as Jesus of Nazareth or Jesus Christ is the Incarnation of God.

The history of Christian reflection on the teachings and nature of Jesus is examined in the article Christology.

Ancient Jews usually had only one name, and, when greater specificity was needed, it was customary to add the father’s name or the place of origin. Thus, in his lifetime Jesus was called Jesus son of Joseph, Jesus of Nazareth, or Jesus the Nazarene.

After his death He came to be called Jesus Christ. Christ was not originally a name but a title derived from the Greek word christos, which translates the Hebrew term meshiah (Messiah), meaning “the anointed one.”

Because Jesus was a Jew, He almost certainly had Jewish features, such as olive skin, brown eyes, and black hair.

Scholars believe Jesus was about 6 feet, 2 inches (1.9 meters) tall, which is above the average height for an adult male at the time.

Jesus was born to Mary, wife of Joseph. The Gospels of Matthew and Luke offer two accounts of his genealogy. Matthew traces Jesus’ ancestry to Abraham through David. Luke traces Jesus’ ancestry through Adam to God. The lists are identical between Abraham and David, but differ radically from that point. Matthew has 27 generations from David to Joseph, whereas Luke has 42, with almost no overlap between the names on the two lists. Various theories have been put forward to explain why the two genealogies are so different.

At the time of Jesus’ birth, the town of Nazareth only had about 200–400 people. In the New Testament, the town is a literally joke, as seen in the Bible when someone says, “Can anything good come out of Nazareth?”

Matthew and Luke each describe Jesus’ birth, especially that Jesus was born to a virgin named Mary in Bethlehem in fulfillment of prophecy. Luke’s account emphasizes events before the birth of Jesus and centers on Mary, while Matthew’s mostly covers those after the birth and centers on Joseph. Both accounts state that Jesus was born to Joseph and Mary, his betrothed, in Bethlehem, and both support the doctrine of the virgin birth of Jesus, according to which Jesus was miraculously conceived by the Holy Spirit in Mary’s womb when she was still a virgin. At the same time, there is evidence, at least in the Lukan Acts of the Apostles, that Jesus was thought to have had, like many figures in antiquity, a dual paternity, since there it is stated he descended from the seed or loins of David. By taking him as his own, Joseph will give him the necessary Davidic descent.

Jesus’ childhood home is identified in the Gospels of Luke and Matthew as the town of Nazareth in Galilee, where he lived with his family. Although Joseph appears in descriptions of Jesus’ childhood, no mention is made of him thereafter. His other family members—his mother, Mary, his brothers James, Joses (or Joseph), Judas and Simon and his unnamed sisters—are mentioned in the Gospels and other sources.

Near the beginning of his ministry, Jesus appoints twelve apostles. In Matthew and Mark, despite Jesus only briefly requesting that they join him, Jesus’ first four apostles, who were fishermen, are described as immediately consenting, and abandoning their nets and boats to do so. In John, Jesus’ first two apostles were disciples of John the Baptist. The Baptist sees Jesus and calls him the Lamb of God – the two hear this and follow Jesus. In addition to the Twelve Apostles, the opening of the passage of the Sermon on the Plain identifies a much larger group of people as disciples. Also, in Luke 10:1–16 Jesus sends 70 or 72 of his followers in pairs to prepare towns for his prospective visit. They are instructed to accept hospitality, heal the sick and spread the word that the Kingdom of God is coming.

In Mark, the disciples are notably obtuse. They fail to understand Jesus’ miracles, his parables, or what “rising from the dead” means. When Jesus is later arrested, they desert him.

Ministering mostly in the province of Galilee, near the great lake by that same name, it was in His visits to Jerusalem that he fell out of favor with the leaders of Judaism. Daring to speak freely, without the commentaries that tied the people to tradition, Jesus would make plenty of enemies. Charged with the crime of blasphemy, he stayed out of Jerusalem until he was ready to die.

During his life, Jesus was considered to be a radical because he talked to women, spent time with sinners, and allowed his followers to pick grain on the Sabbath.

At the time of the Jewish festival of Passover, in April, AD 33, against the objections of his disciples, the Teacher boldly faced his accusers. After a nighttime trial, he was condemned to die. Since the religious court did not have the right to kill him, he was brought before both the Roman and Jewish political authorities. With the threat of a riot at hand, the political
leader, Pontius Pilate, agreed to send Jesus to be killed on a cross – an upright stake with a cross bar to hold the victim off the ground.

The description of the last week of the life of Jesus (often called Passion Week) occupies about one third of the narrative in the canonical gospels, starting with Jesus’ triumphal entry into Jerusalem and ending with his Crucifixion.

The Last Supper is the final meal that Jesus shares with his twelve apostles in Jerusalem before his crucifixion. The Last Supper is mentioned in all four canonical gospels; Paul’s First Epistle to the Corinthians also refers to it. During the meal, Jesus predicts that one of his apostles will betray him. Despite each Apostle’s assertion that he would not betray him, Jesus reiterates that the betrayer would be one of those present. Matthew 26:23–25 and John 13:26–27 specifically identify Judas
as the traitor.

Jesus’ crucifixion is described in all four canonical gospels. After the trials, Jesus is led to Calvary carrying his cross – the route traditionally thought to have been taken is known as the Via Dolorosa. The three Synoptic Gospels indicate that Simon of Cyrene assists him, having been compelled by the Romans to do so. In Luke 23:27–28, Jesus tells the women in the multitude of
people following him not to weep for him but for themselves and their children. At Calvary, Jesus is offered a sponge soaked in a concoction usually offered as a painkiller. According to Matthew and Mark, he refuses it.

The soldiers then crucify Jesus and cast lots for his clothes. Above Jesus’ head on the cross is Pilate’s inscription, “Jesus of Nazareth, the King of the Jews”. Soldiers and passersby mock him about it. Two convicted thieves are crucified along with Jesus. In Matthew and Mark, both thieves mock Jesus. In Luke, one of them rebukes Jesus, while the other defends him. Jesus tells the latter: “today you will be with me in Paradise.” In John, Mary, the mother of Jesus, and the beloved disciple were at the crucifixion. Jesus tells the beloved disciple to take care of his mother.

The Roman soldiers break the two thieves’ legs (a procedure designed to hasten death in a crucifixion), but they do not break those of Jesus, as he is already dead (John 19:33). In John 19:34, one soldier pierces Jesus’ side with a lance, and blood and water flow out. In the Synoptics, when Jesus dies, the heavy curtain at the Temple is torn. In Matthew 27:51–54, an earthquake
breaks open tombs. In Matthew and Mark, terrified by the events, a Roman centurion states that Jesus was the Son of God.

On the same day, Joseph of Arimathea, with Pilate’s permission and with Nicodemus’s help, removes Jesus’ body from the cross, wraps him in a clean cloth, and buries him in his new rock-hewn tomb. In Matthew 27:62–66, on the following day the chief Jewish priests ask Pilate for the tomb to be secured, and with Pilate’s permission the priests place seals on the large stone covering the entrance.

Jesus’ ascension into Heaven is described in Luke 24:50–53, Acts 1:1–11 and mentioned in 1 Timothy 3:16. In the Acts of the Apostles, forty days after the Resurrection, as the disciples look on, “he was lifted up, and a cloud took him out of their sight”. 1 Peter 3:22 states that Jesus has “gone into heaven and is at the right hand of God”.

According to the gospels of Mark and John, Jesus appeared first to Mary Magdalene after his resurrection. She was involved in his ministry from the beginning to his death, and she is mentioned more times than most of the apostles. 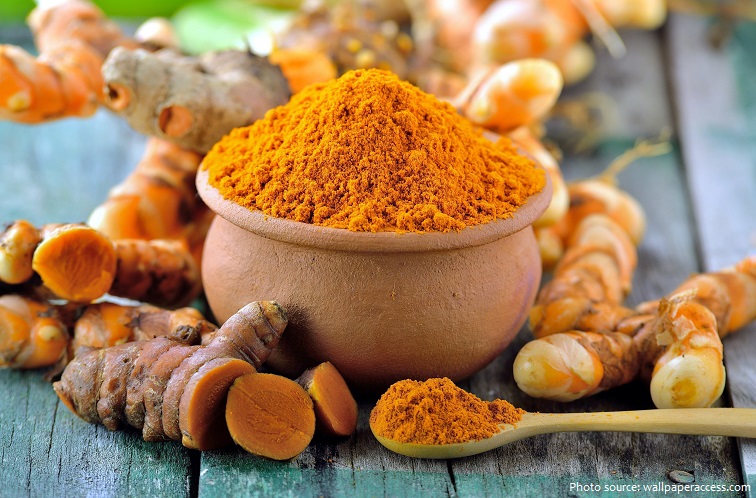 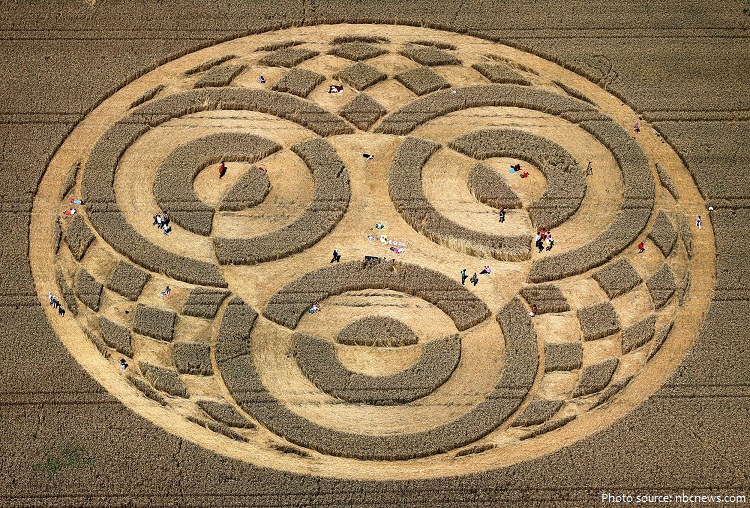 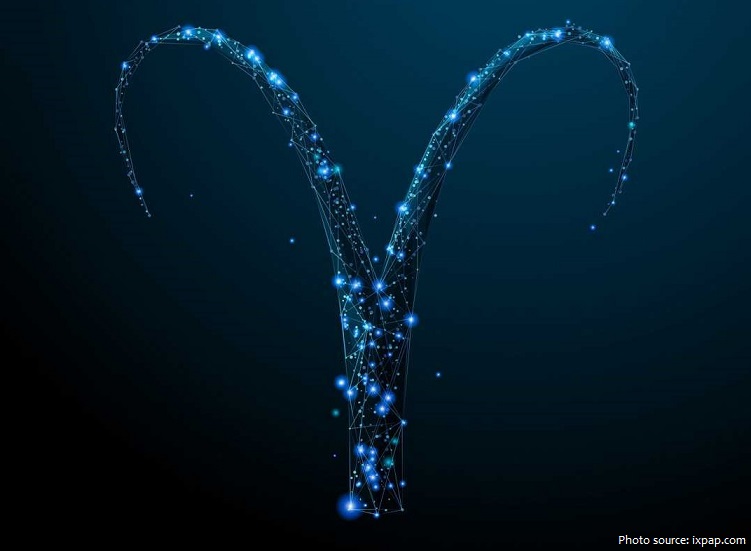 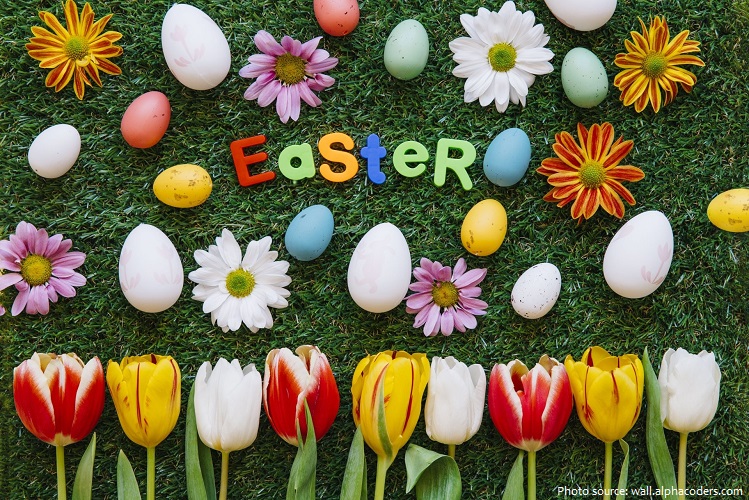