The jackfruit also known as jack tree, fenne, jakfruit, or sometimes simply jack or jak, is a type of a tropical fruit.

This fruit is native to the rain forests of the Western Ghats of India.

The jackfruit spread early on to other parts of India, southeast Asia, the East Indies and ultimately the Philippines.

It is often planted in central and eastern Africa and is fairly popular in Brazil and Surinam. 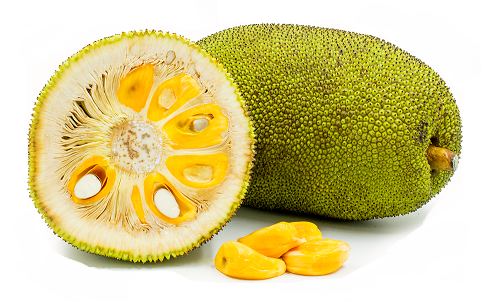 Jackfruit is adapted to humid tropical and near-tropical climates. Mature trees have survived temperatures of about 3 °C (27° F) in southern Florida, but these were frozen to large limbs. Young trees are likely to be killed at temperatures below 0 °C (32° F).

It is very long-lived tree and generally with a lifespan of 60 to 70 years.

It grows to an enormous size up to 30 meters (almost 100 feet) high and 80 to 200 centimeters (2.6 to 6.5 feet) in diameter. The crown is dense and conical in young trees, becoming rounded or spreading in the older trees. 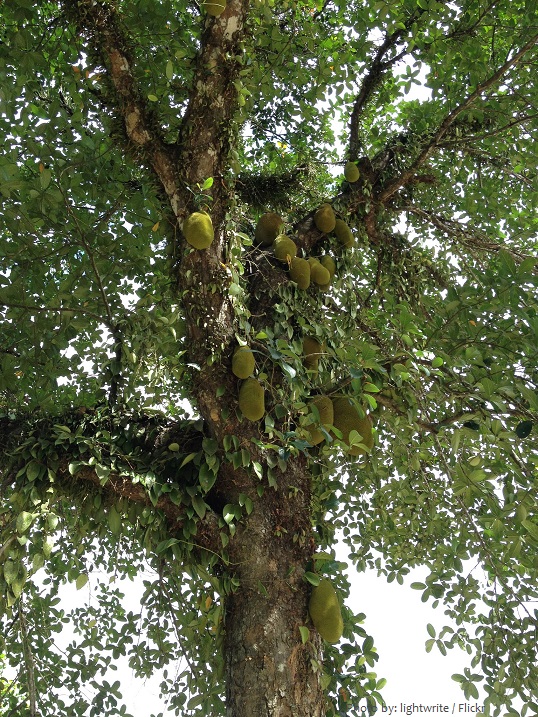 The leaves are oblong, oval, or elliptic in form, 10 to 15 cm in length, leathery, glossy, and deep green in color. Juvenile leaves are lobed. 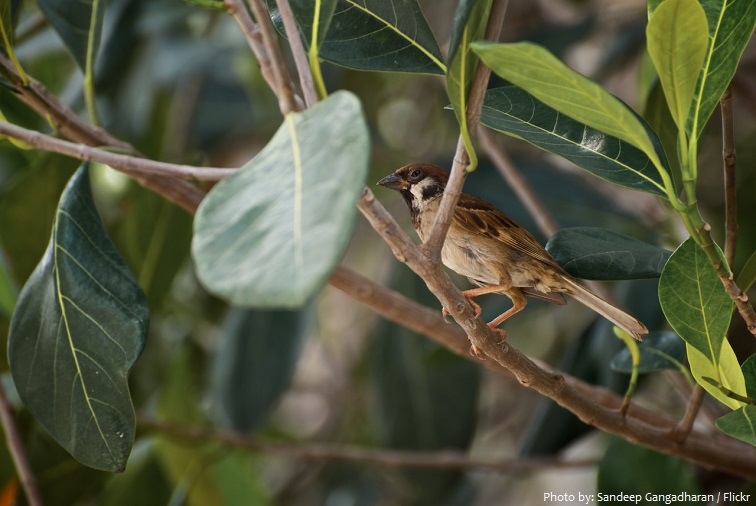 Male and female flowers are borne in separate flower-heads. Male flower-heads are on new wood among the leaves or above the female. They are swollen, oblong, from 2.5 to 10 centimeters (1 to 4 inches) long and up to an inch wide at the widest part. 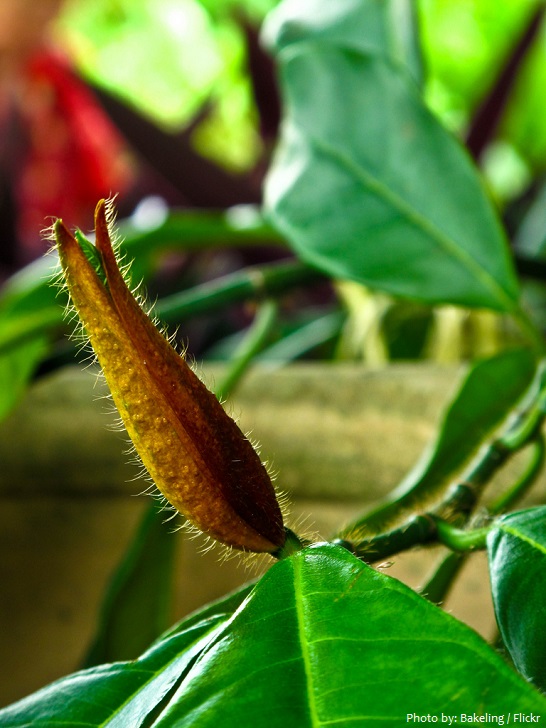 A mature jackfruit tree can produce about 100 to 200 fruits in a year.

Jackfruit is the largest tree-borne fruit in the world, reaching 36 kilograms (80 pounds) in weight and up to 91 centimeters (36 inches) long and 50 centimeters (20 inches) in diameter. The exterior of the compound fruit is green or yellow when ripe. The interior consists of large edible bulbs of yellow, banana-flavored flesh. 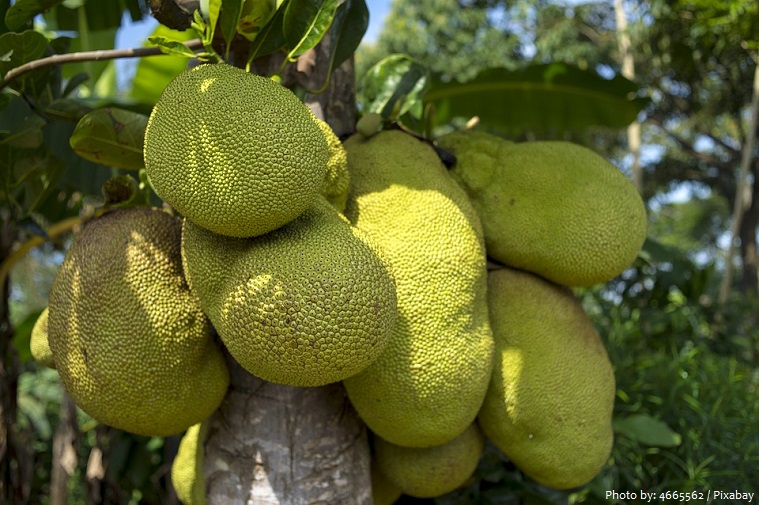 When fully ripe, the unopened jackfruit emits a strong disagreeable odor, resembling that of decayed onions, while the pulp of the opened fruit smells of pineapple and banana. 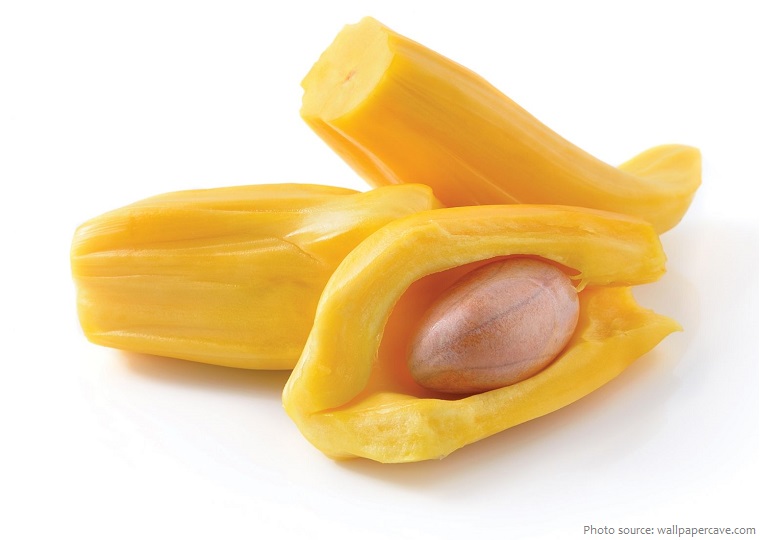 The greenish unripe fruit is cooked as a vegetable, and the ripened fruit is eaten fresh for the sweetly acid but insipid pulp surrounding the seeds. The ripened fruit is also used to make a variety of dishes, including custards, cakes, ice cream or mixed with shaved ice as es teler in Indonesia or halo-halo in the Philippines.

The seeds from ripe fruits are edible, and are said to have a milky, sweet taste often compared to Brazil nuts. 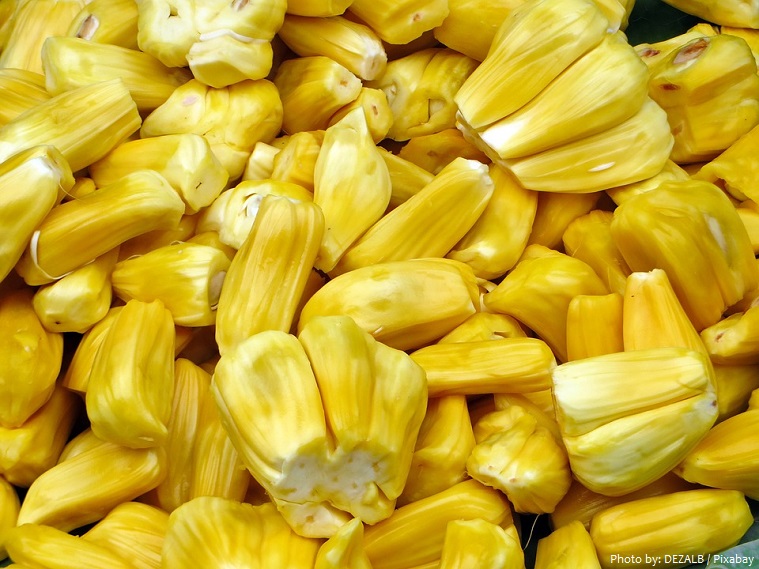 Jackfruit is rich in vitamins, minerals and dietary fiber. It is a very good source of vitamin A and B-complex vitamins Vitamin C and Vitamin E. The fruit is also a good source source of minerals, such as iron, magnesium, potassium and manganese as well.

The word “jackfruit” comes from Portuguese jaca, which in turn is derived from the Malayalam language term chakka. 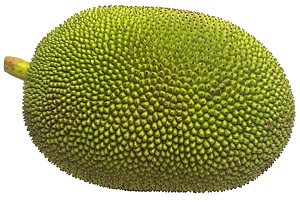 Archeological findings in India have revealed that jackfruit was cultivated in India 3000 to 6000 years ago.

Jackfruit is the national fruit of Bangladesh.

In Brazil, the jackfruit can become an invasive species as in Brazil’s Tijuca Forest National Park in Rio de Janeiro. The Tijuca is mostly an artificial secondary forest, whose planting began during the mid-19th century; jackfruit trees have been a part of the park’s flora since it was founded. 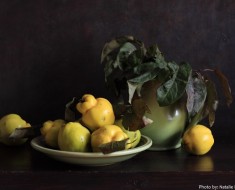 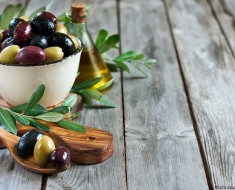 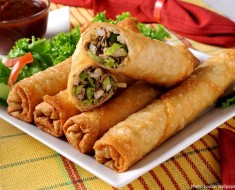 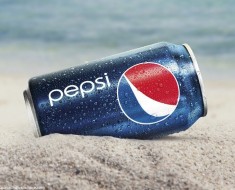 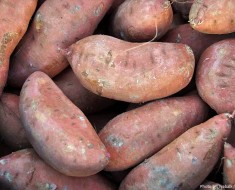 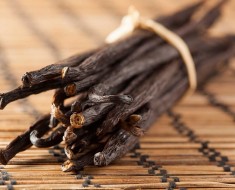