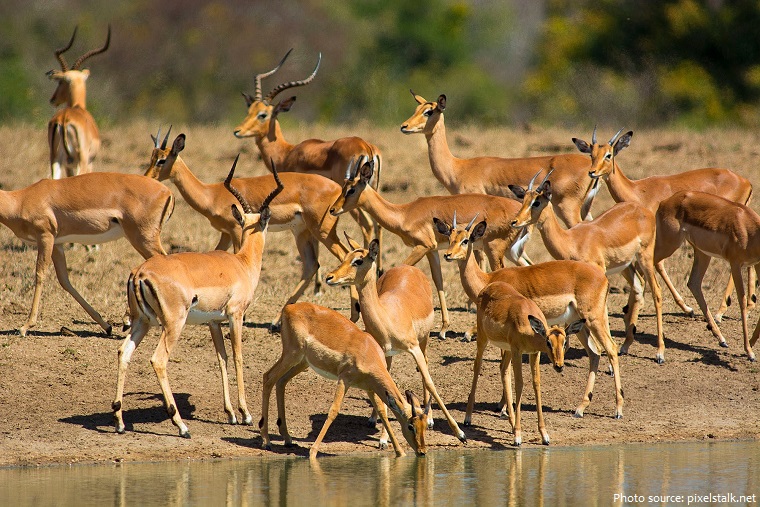 The impala is a medium-sized antelope.

It is found in eastern and southern Africa.

The impala live in woodland which contains little undergrowth and low to medium height grassland. Also a close source of water is desired, however is not needed when there is abundance of grass.

The average lifespan of an impala is from 13 to 15 years in the wild and up to 17 in captivity. 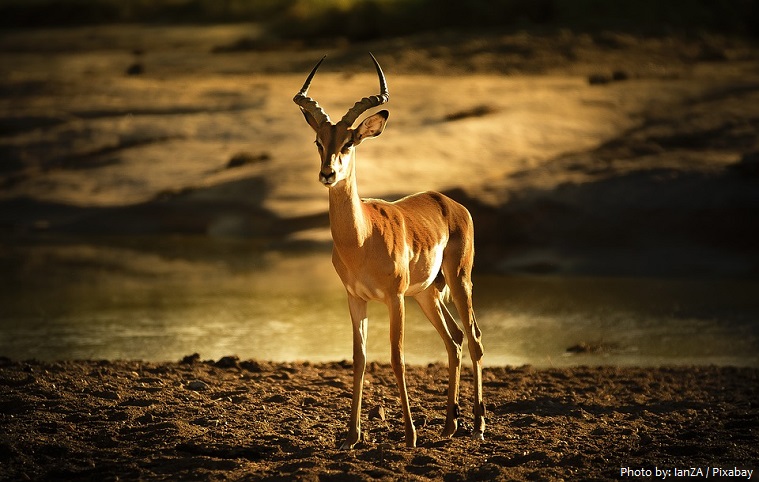 Males are about 20 percent heavier than females and have wide, lyrate horns from 45 to 91 centimeters (18–36 inches) or longer, the largest antelope horns in East Africa.

Both sexes are similarly colored with red-brown hair which pales on the sides. The underside of the belly, chin, lips, inside ears, the line over the eye, and tail are white. There are black stripes down the tail, foreheard, both thighs, and eartips. These black stripes might aid in recognition between individuals.

Impalas are diurnal and spend the night ruminating and lying down. The peak activity times for social activity and herd movement are shortly after dawn and before dusk. 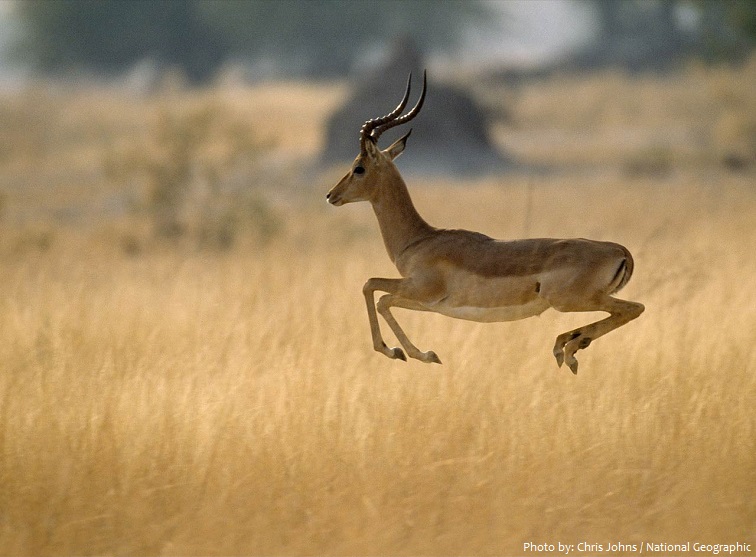 The impala displays two characteristic leaps – it can jump up to 3 meters (9.8 ft), over vegetation and even other impala, covering distances of up to 10 metres (33 ft); the other type of leap involves a series of jumps in which the animal lands on its forelegs, moves its hind legs mid-air in a kicking fashion, lands on all fours and then rebounds.

The most prominent vocalisation is the loud roar, delivered through one to three loud snorts with the mouth closed, followed by two to ten deep grunts with the mouth open and the chin and tail raised; a typical roar can be heard up to 2 kilometers (1.2 mi) away.

Females and young form herds of up to two hundred individuals. When food is plentiful, adult males will establish territories and round up any female herd that enter their grounds and will chase away bachelor males that follow. During the dry seasons, territories are abandoned as herds must travel farther to find food. Large, mixed tranquil herds of females and males form.

Impalas make seasonal migrations from high to lower ground according to the availability of suitable food. 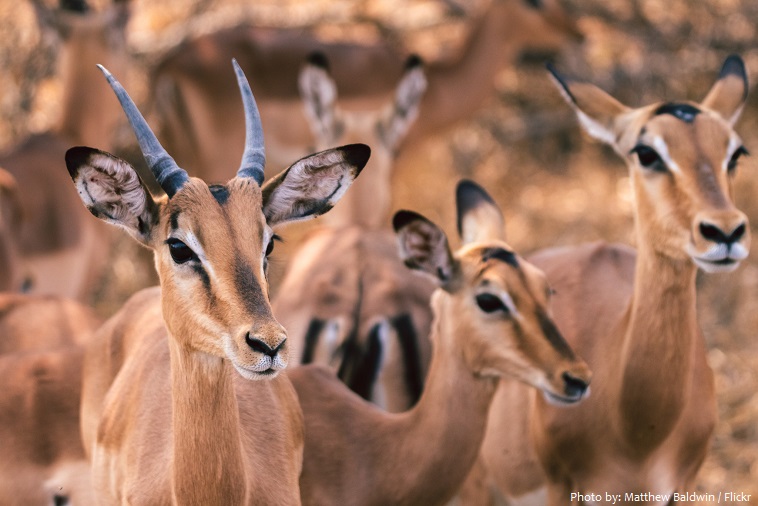 Impalas are herbivores, which means they only eat vegetation. They can eat a number of different plant species, depending on what specific area they inhabit and the season. Impalas are known as mixed feeders, they are physically able to both graze and browse, depending on food availability. In the wet season, impala prefer to graze on young, lush grasses; in the dry season, they will browse on shrubs.

Impalas are ruminants. Ruminants are animals that chew and regurgitate their food more than once, and digest it multiple times in different stomachs.

The impala breeding season occurs at the end of the wet season around the month of May and lasts for about three weeks. Male Impalas make a raspy call and can be heard even at night. After a gestation period of seven months, a single calf is born. Calf is immediately concealed in cover for the first few weeks of its birth. The fawn then joins a nursery group within its mother’s herd. Calves are suckled for four to six months; young males, forced out of the group, join bachelor herds, while females may stay back. 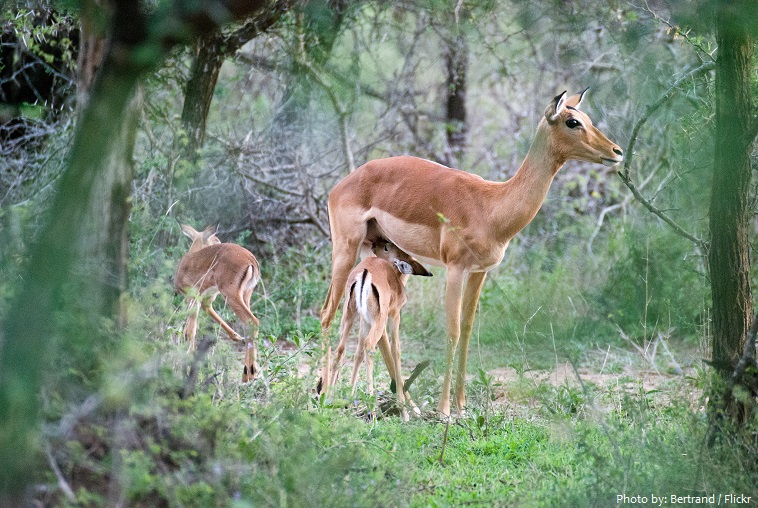 The impala is an important prey species for several carnivores, such as cheetahs, leopards and lions.

The International Union for Conservation of Nature and Natural Resources (IUCN) classifies the impala as a species of least concern overall.

The first attested English name, in 1802, was palla or pallah, from the Tswana phala ‘red antelope’; the name impala, also spelled impalla or mpala, is first attested in 1875.

The impala is the most abundant ruminant in the savannas of eastern and southern Africa. 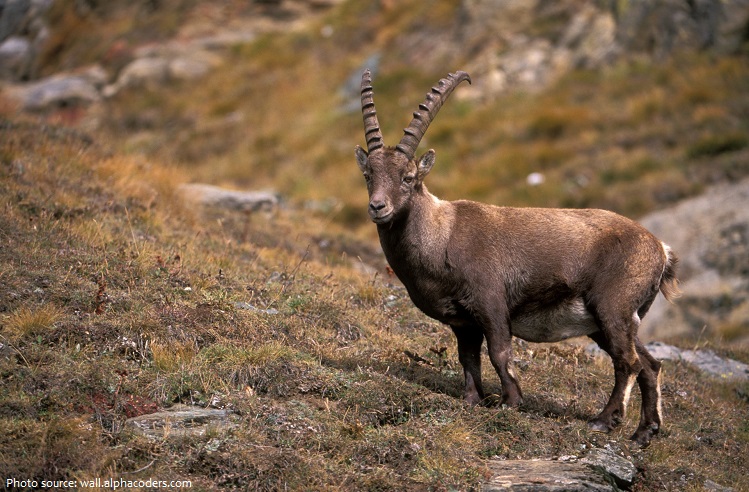 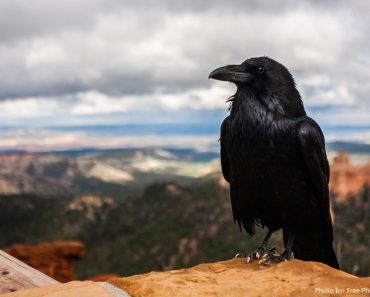 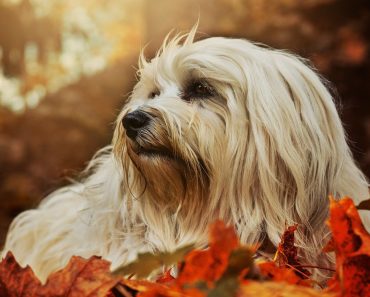 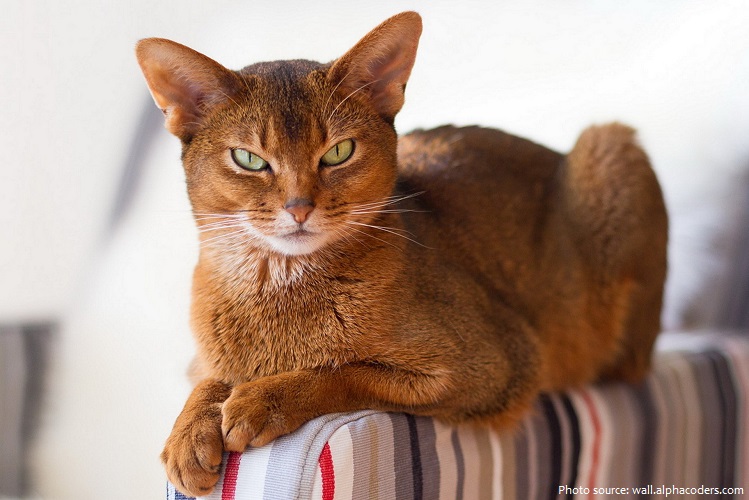