The Greyhound also referred to as an English Greyhound is a breed of dog.

It is one of the oldest breeds of dogs.

Although the origin of the Greyhound is contested, evidence of the breed has been found in both Mesopotamia and Egypt.

Graves containing Greyhounds in Mesopotamia date back to the Ubaid Period c. 5000 BC and in Egyptian images c. 4250 BC. Greyhounds are depicted throughout Egypt’s history as a hunting dog but may also be the breed featured in battle scene. 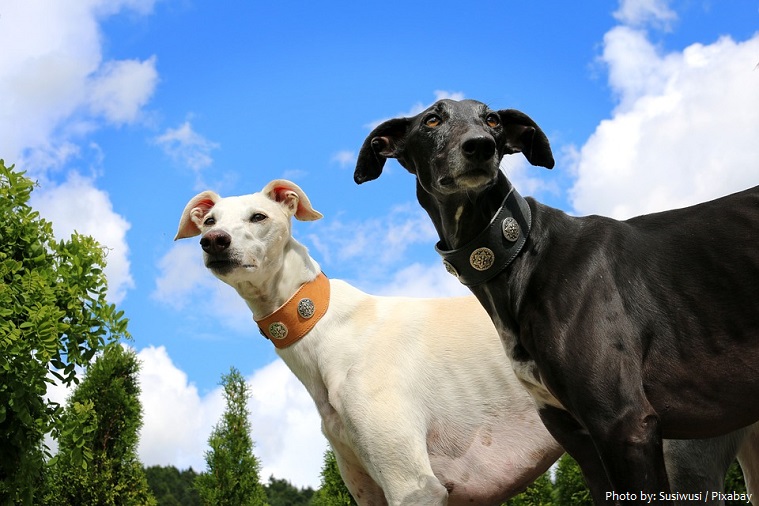 The Greeks probably bought some of these hounds from Egyptian merchants, some time before 1000 BC.

Greyhounds nearly became extinct during times of famine in the Middle Ages. They were saved by clergymen who protected them and bred them for the nobility. 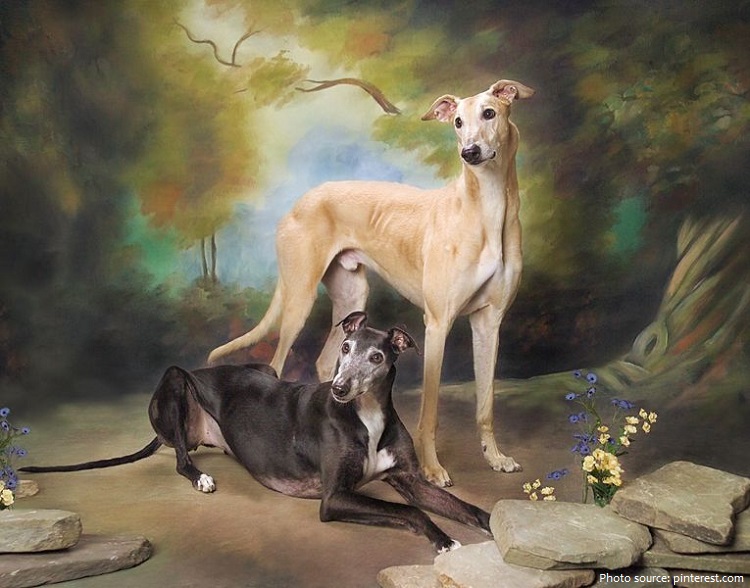 It has been used for coursing game and greyhound racing.

The Greyhound is a sighthound dog – a type of dog, which are hounds that hunt primarily by sight and speed, rather than by scent and endurance as scent hounds do.

The breed was used to hunt large animals such as deer and wolves.

Greyhounds are also raced for sport, chasing a mechanical rabbit.

England is credited with being the originating nation for modern day greyhound racing. 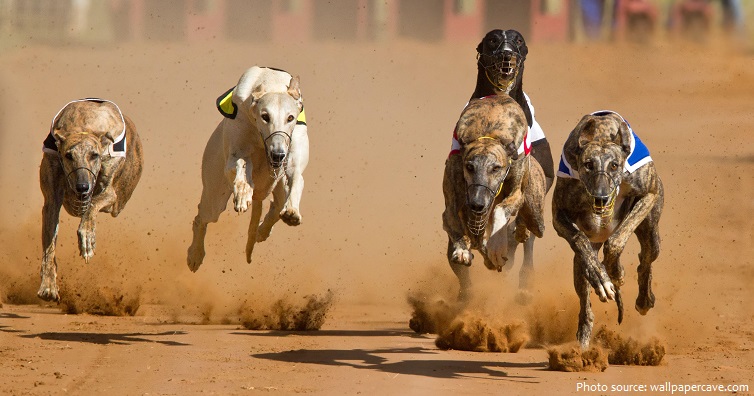 Since the late 20th century, greyhound racing has been banned in various areas, notably a number of U.S. states, amid allegations that the dogs were mistreated.

The average lifespan of a Greyhound is 10 to 14 years.

There are approximately 30 recognized color forms, of which variations of white, brindle, fawn, black, red and blue (gray) can appear uniquely or in combination. 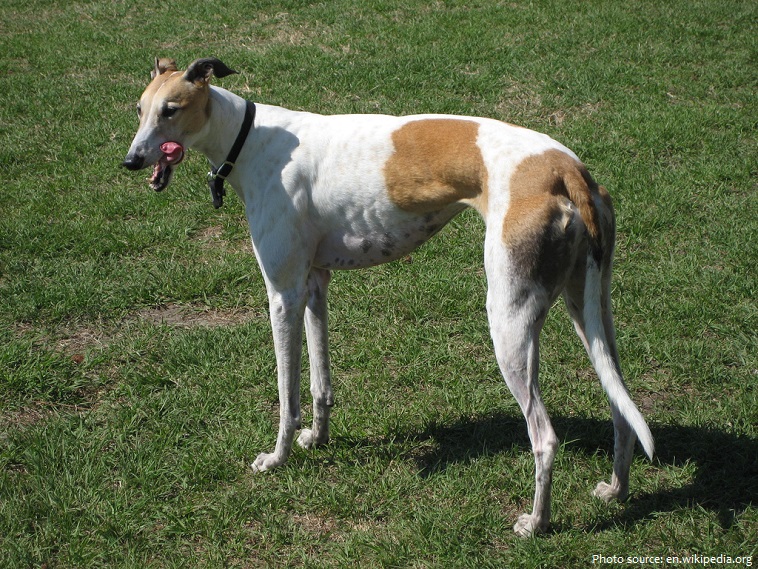 Contrary to popular belief, adult Greyhounds do not need extended periods of daily exercise, as they are bred for sprinting rather than endurance. 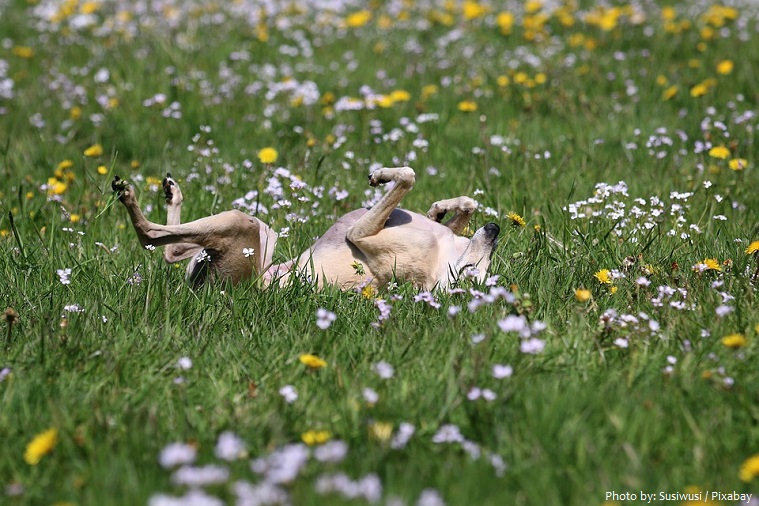 Friendly and gentle yet lively and fun, the Greyhound is a sweet and sensitive creature, and enjoys the peaceful life but also enjoys the companionship of his loved ones.

Greyhounds can live comfortably as apartment dogs, as they do not require much space and sleep almost 18 hours per day.

Greyhound puppies can be hyperactive and destructive if not given an outlet, and therefore require more experienced handlers.

The name “Greyhound” is generally believed to come from the Old English grighund. “Hund” is the antecedent of the modern “hound”, but the meaning of “grig” is undetermined, other than in reference to dogs in Old English and Old Norse. Its origin does not appear to have any common root with the modern word “grey” for color, and indeed the Greyhound is seen with a wide variety of coat colors. 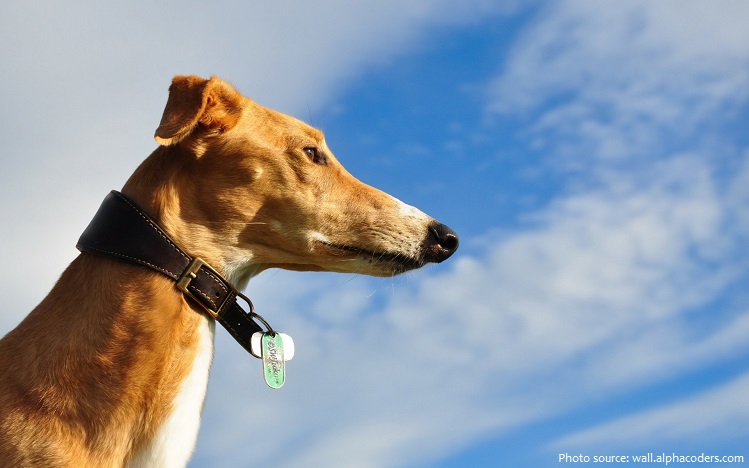 The only breed of dog mentioned by name in the Bible is the greyhound (Proverbs 30:29-31, King James Version): “There be three things which do well, yea, Which are comely in going; A lion, which is strongest among beasts and Turneth not away from any; A greyhound; A he-goat also.”

The Hebrew phrase translated as “greyhound” literally means “girt in the loins.” This probably was considered by translators the most appropriate English term to describe the ancestor of the greyhound.

The greyhound features prominently in the Homer’s epic, The Odyssey, when a returning Odysseus is not recognized by anyone but his trusted greyhound Argus. 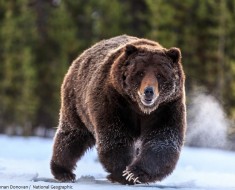 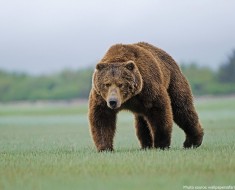 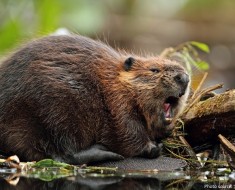 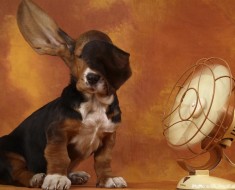