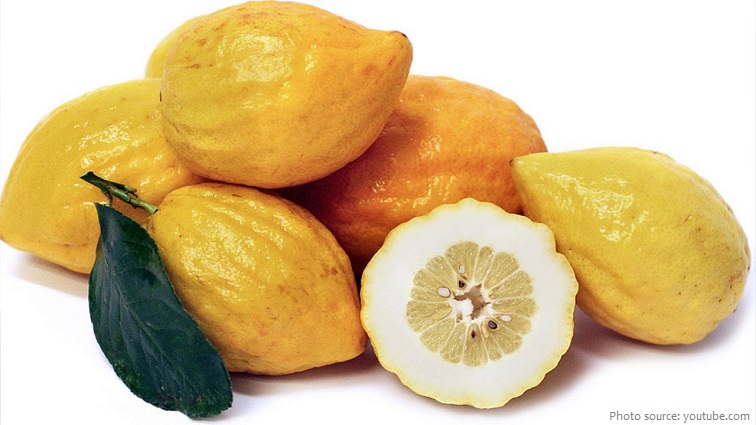 The citron (Citrus medica) is a large fragrant citrus fruit with a thick rind.

This fruit is thought to have been native to India, in valleys at the foothills of the eastern Himalayas.

Seeds were found in Mesopotamian excavations dating back to 4000 BC.

The armies of Alexander the Great are thought to have carried the citron to the Mediterranean region about
300 BC.

A Jewish coin struck in 136 BC bore a representation of the citron on one side. 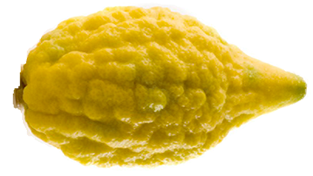 By 301 AD, the citron plant made its way to Rome, according to researchers at the University of California Riverside Citrus Variety Collection. Records show that “their sales prices were officially fixed by Diocletian at values ranging from twelve to sixteen times the price of melons.”

Spaniards probably brought the citron with other Citrus species to St. Augustine, Florida, though it could have survived there only in greenhouses.

The tree was introduced into Puerto Rico in 1640.

Commercial citron culture and processing began in California in 1880. 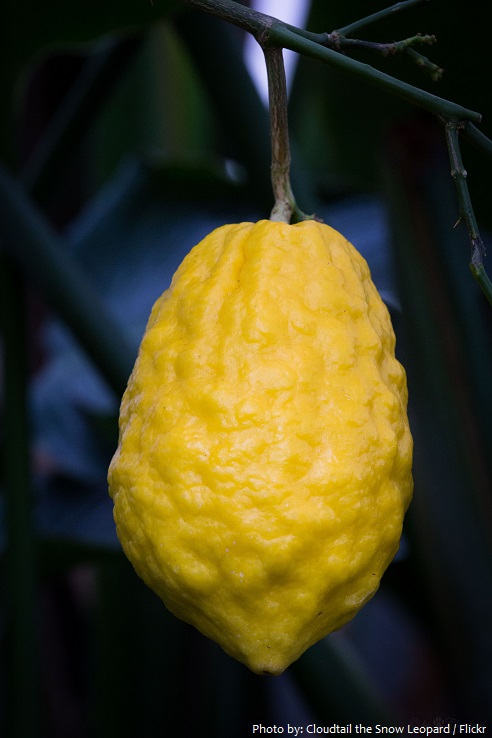 Today, the main producing areas of citron for food use are Sicily, Corsica and Crete and other islands off the coasts of Italy, Greece and France, and the neighboring mainland. Citron is also grown commercially in the central, mountainous coffee regions of Puerto Rico. Some is candied locally but most is shipped in brine to the United States and Europe.

The citron plant is small evergreen tree or shrub. It is about 2 to 5 m (8 to 15 ft) and has irregular, spreading, spiny branches. 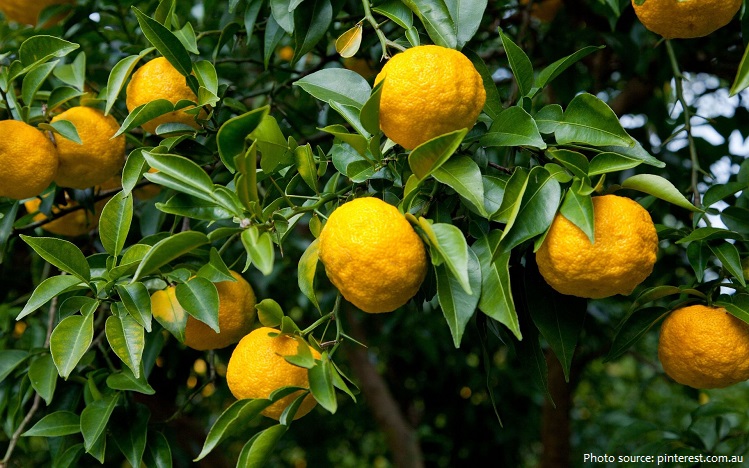 The oval or oblong fruit is protuberant at the tip, about 12 to 15 cm (5 to 6 inches) long, and furrowed. The inner portion of the adhesive rind is thick, white, and fleshy, while the outer part is thin, greenish yellow, and fragrant.

While the lemon or orange are peeled to consume their pulpy and juicy segments, the citron’s pulp is dry, containing a small quantity of insipid juice, if any.

The pulp is either acidic or sweet, and generally used only for by-products.

Citron is an excellent source of vitamin C, magnesium, fiber, and potassium. 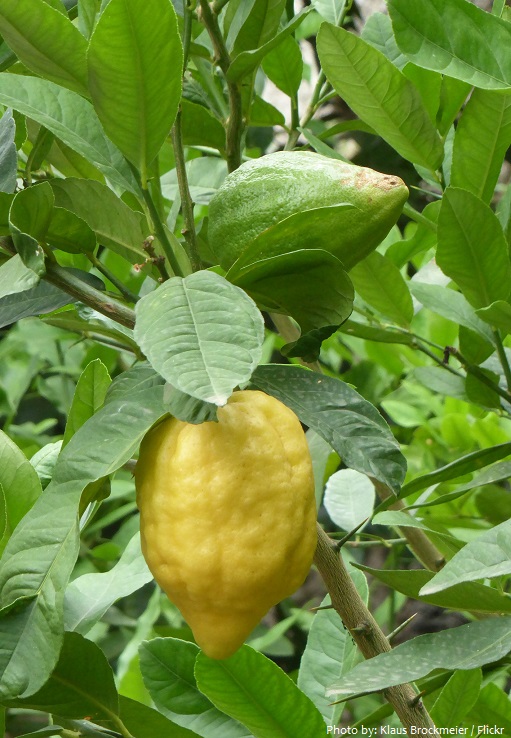 The fruit is used in Jewish religious rites, especially during Sukkoth, and the thick peel is cured in brine, candied, and sold as a confection in some places.

The fruit’s English name “citron” derives ultimately from Latin, citrus, which is also the origin of the genus name.

Citron is used widely in Asian cuisine, and also in traditional medicines, perfume, and for religious rituals and offerings. 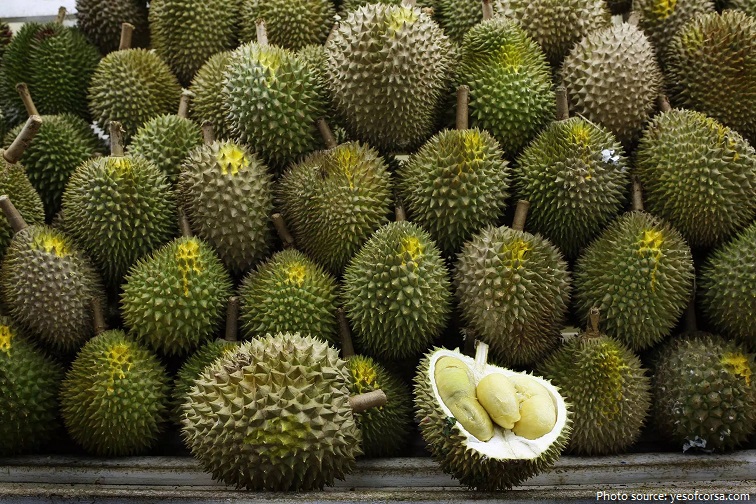 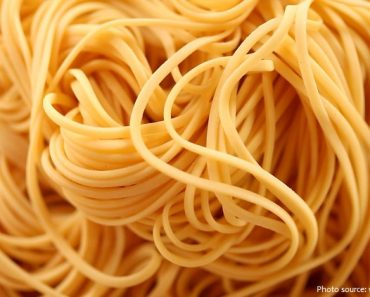 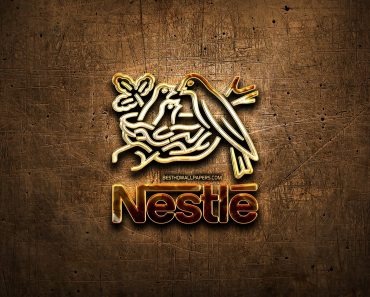 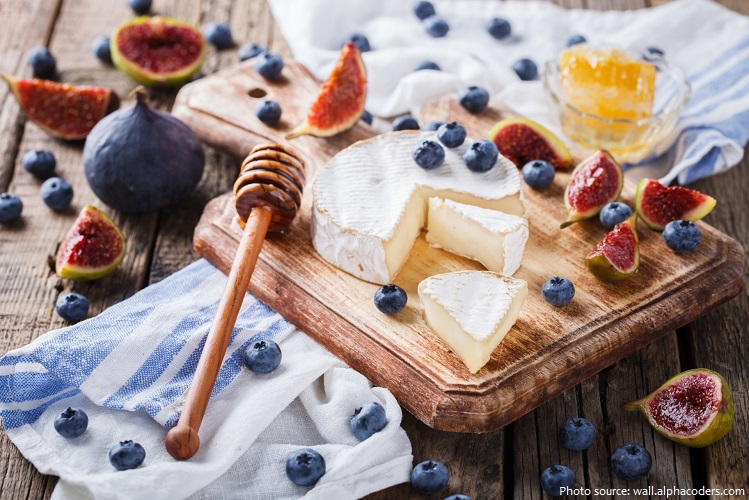