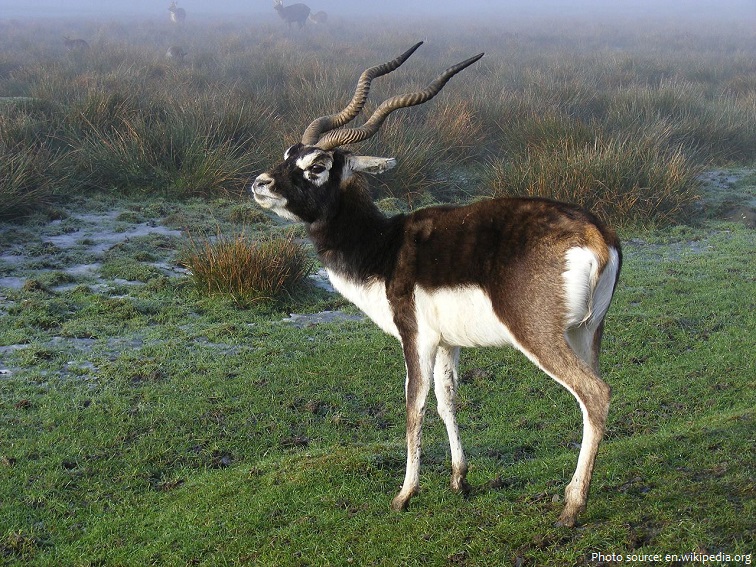 The blackbuck also known as the Indian antelope is a species of antelope.

The scientific name of the blackbuck is Antilope cervicapra.

The blackbuck is an antelope of the same tribe (Antilopini) that includes gazelles, the springbok, and the gerenuk.

Blackbucks are found in India, Nepal, and Pakistan.

Blackbucks live on open woodlands and semi-desert areas, but also enjoy areas with thorn or dry deciduous forest. They like to stay near areas where grassland is available. On hot days blackbucks rest in the shade. 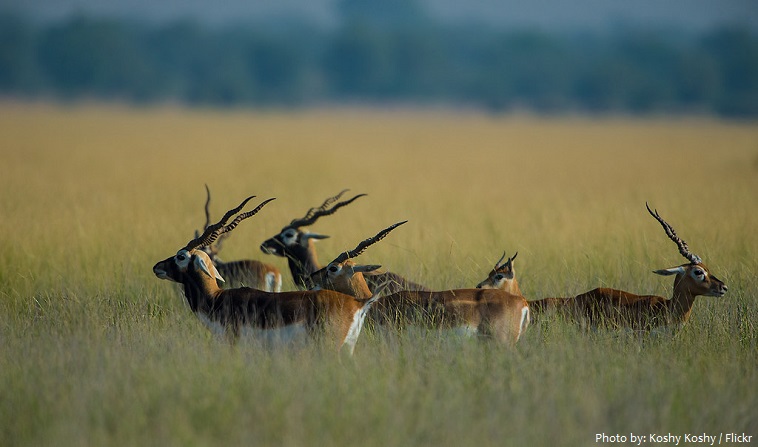 The lifespan is typically 10 to 15 years. 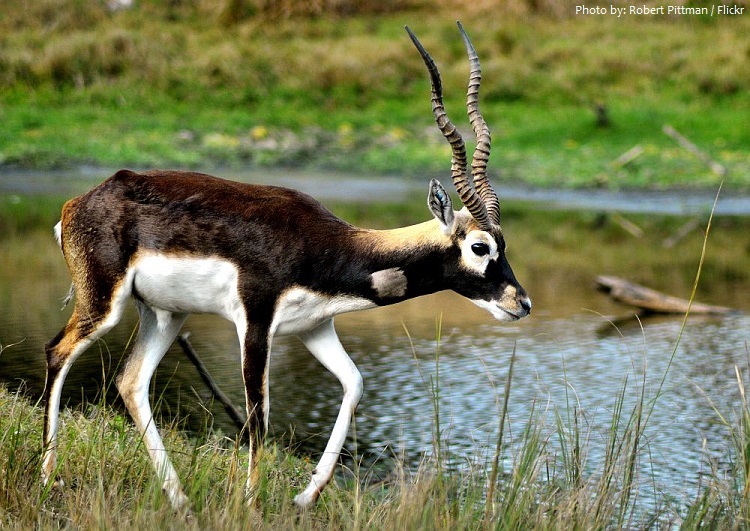 Blackbucks coloration; the white fur on the chin and around the eyes is in sharp contrast with the black stripes on the face. The coats of males show two-tone colouration; while the upper parts and outsides of the legs are dark brown to black, the underparts and the insides of the legs are all white. However, females and juveniles are yellowish fawn to tan.

Blackbucks are gregarious and social animals with herds generally ranging from 5 to 50 animals.

The herds are harems, with a single adult male and a number of adult females and their young.

They tend to be diurnal during the cool season. In the hot season, they are active in the very early morning and late afternoon, resting in the shade at other times.

Blackbuck are grazers, they feed on short grass and various cultivated cereals.

Their sense of smell and hearing are not highly developed so they rely on eyesight in detecting danger.

The only predator they cannot outrun is the cheetah, which was once used by the Mughals for the sport of coursing blackbucks and gazelles. 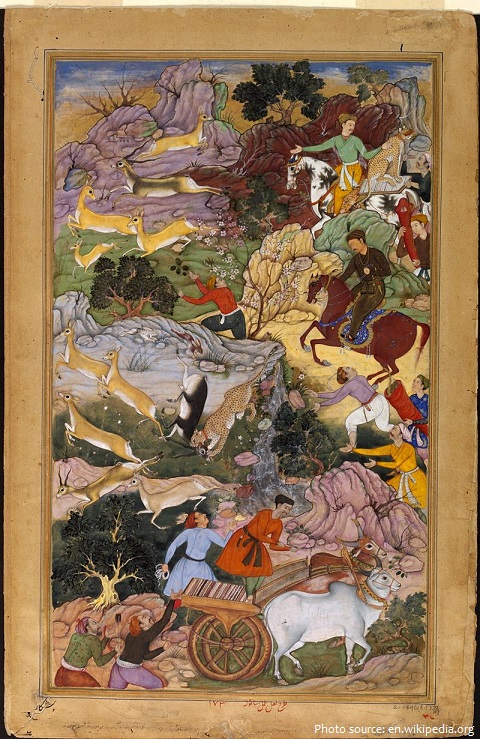 With a six-month gestation period, blackbucks can produce two young a year. Breeding occurs year-round, but the main birth and rutting peaks occur in February and March, with a secondary peak at the end of the monsoon in August and September.

Blackbucks once lived on open plains over the whole Indian subcontinent, but their numbers and range have been drastically reduced as the human population has grown. The total blackbuck population, estimated at 80,000 in 1947, was down to 8,000 by 1964, but it has since recovered to 25,000 in protected areas.

This animal has significance in Hinduism; Indian and Nepali villagers do not harm the antelope. 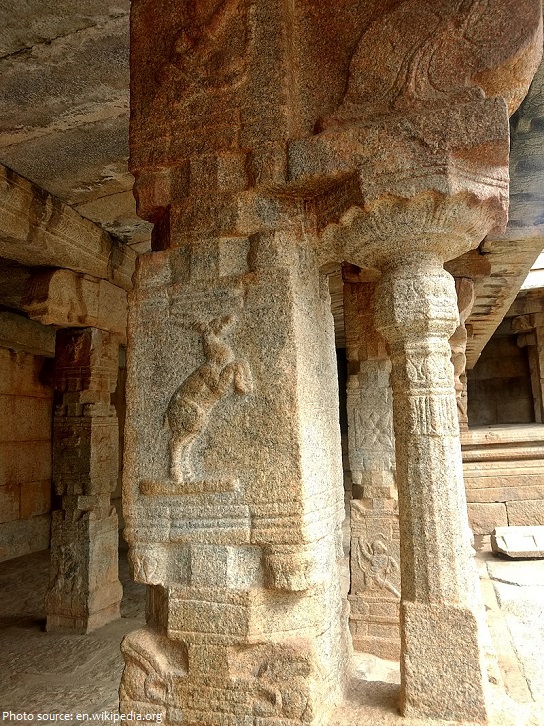 The blackbuck has been introduced in Argentina and the United States.

The vernacular name “blackbuck” is a reference to the dark brown to black color of the dorsal (upper) part of the coat of the males. The earliest recorded use of this name dates back to 1850.

The species was described and given its binomial name by Swedish zoologist Carl Linnaeus in 1758.