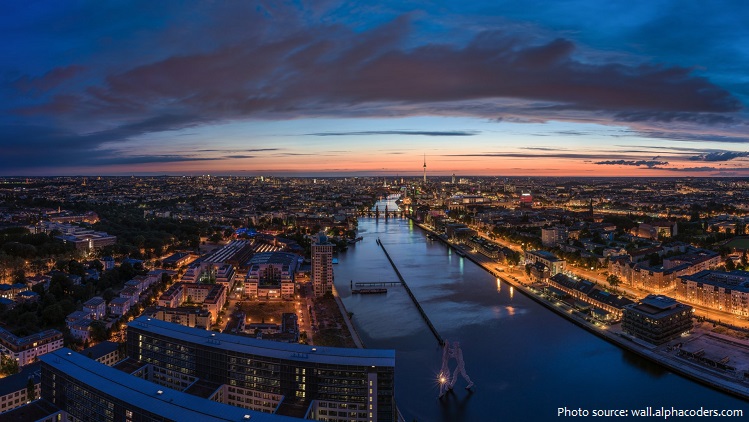 Berlin is the capital and the largest city of Germany.

Berlin is located in northeastern Germany on the banks of the rivers Spree and Havel.

As of January 2018, the population of Berlin is about 3.7 million people. It is the second most populous city in the European Union behind London.

The city is situated in an area of low-lying marshy woodlands with a mainly flat topography.

The average elevation in Berlin is 34 meters (112 feet) above sea level. 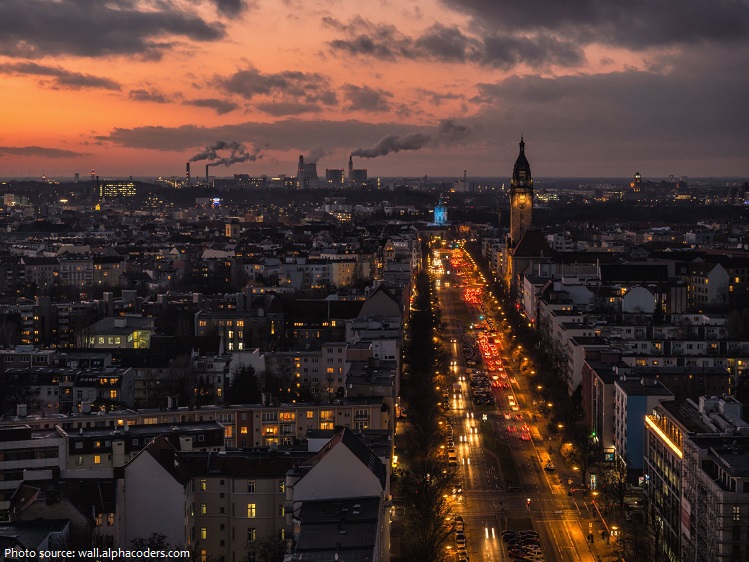 Around one third of the city’s area is composed of forests, parks, gardens, rivers and lakes.

The history of Berlin starts with its foundation in the 13th century.

It became the capital of the Margraviate of Brandenburg in 1417, and later of Brandenburg-Prussia, and the Kingdom of Prussia. Prussia grew rapidly in the 18th and 19th century, and formed the basis of the German Empire in 1871. 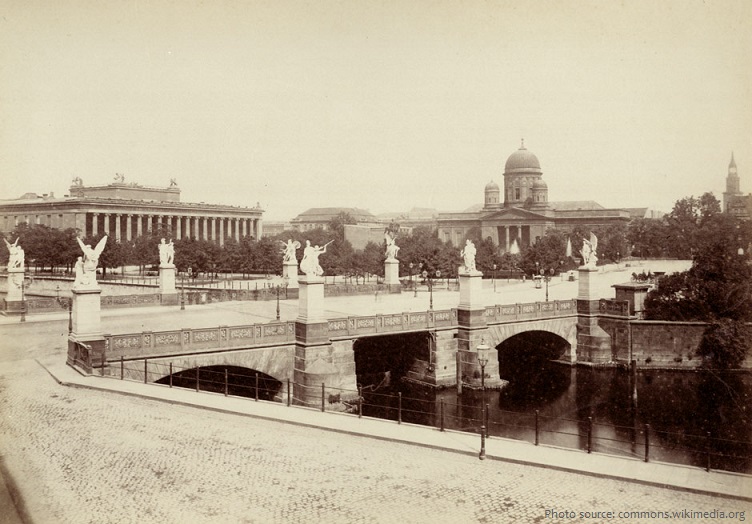 Berlin in the 1920s was the third largest municipality in the world.

During World War II, it was virtually destroyed by bombing, artillery, and ferocious street-by-street fighting.

After World War II and its subsequent occupation by the victorious countries, the city was divided; East Berlin was declared capital of East Germany, while West Berlin became a de facto West German exclave, surrounded by the Berlin Wall (1961–1989) and East German territory. 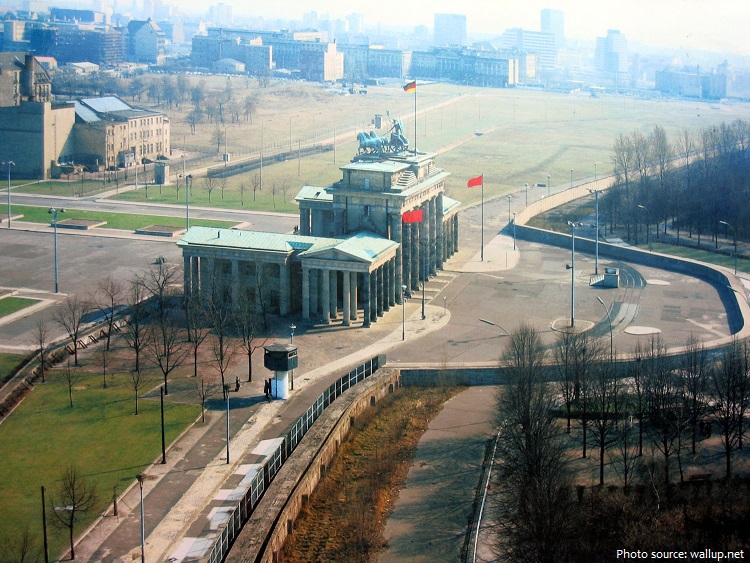 In 1987 both East and West Berlin celebrated the city’s 750th anniversary.

Following German reunification in 1990, Berlin once again became the capital of all of Germany.

Today, Berlin is a world city of culture, politics, media and science.

Modern Berlin is home to world-renowned universities, orchestras, museums, and entertainment venues, and is host to many sporting events. 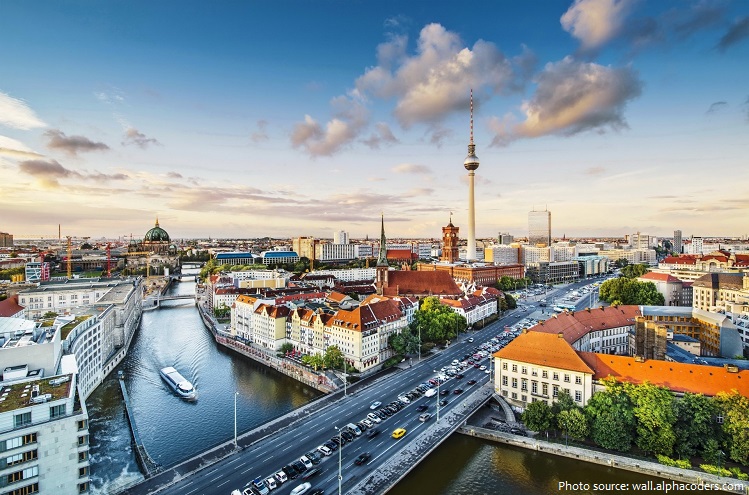 The city is also well known for its festivals, diverse architecture, nightlife, contemporary arts and a high quality of living.

The Brandenburg Gate is Berlin’s most famous landmark. It is an 18th-century neoclassical triumphal arch built on the orders of Prussian king Frederick William II. Built according to the plans of Carl Gotthard Langhans from 1788 to 1791, the Brandenburg Gate is modelled on the Propylaeum of Athens’ Acropolis. The monument is 26 meters (85 feet) high and 65 meters (213 feet) wide, with 12 Doric columns, six to each side measuring 15 meters (49 feet) in height. 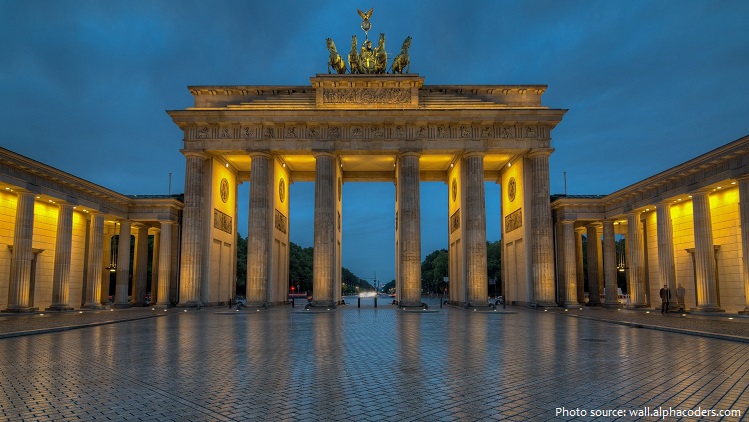 The Reichstag building is the seat of the German Parliament and an historic landmark. The building is located in the historic center of Berlin near the Brandenburg Gate. It was constructed to house the Reichstag (“Imperial Diet”) of the German Empire. After its destruction by fire in 1933 and in World War II, much of the former structure was rebuilt in 1970, but with the decision to return the seat of government to Berlin from Bonn after reunification, the Reichstag underwent a complete renovation in the late 1990s. 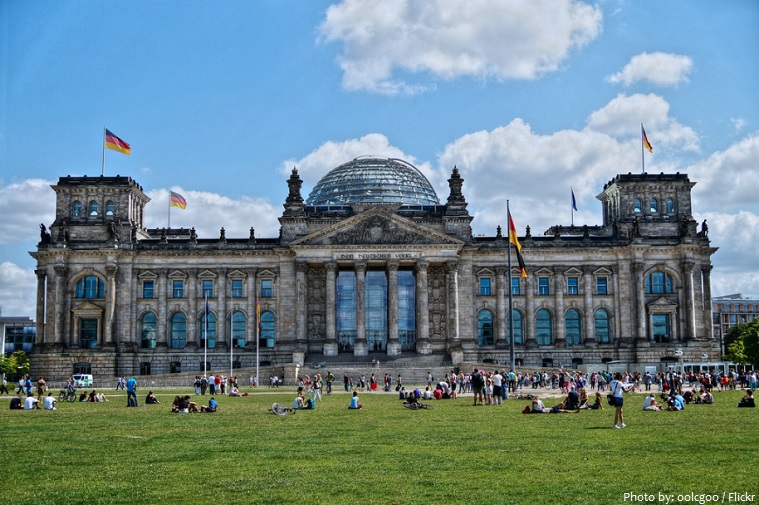 The Berlin Wall was a guarded concrete barrier in and around Berlin, Germany, that physically and ideologically divided Berlin (in East Berlin and West Berlin) from 1961 to 1989 during the era of the Cold War. It was thrown up overnight, on 13 August 1961. When the Berlin Wall fell on November 9, 1989, its destruction was nearly as instantaneous as its creation. 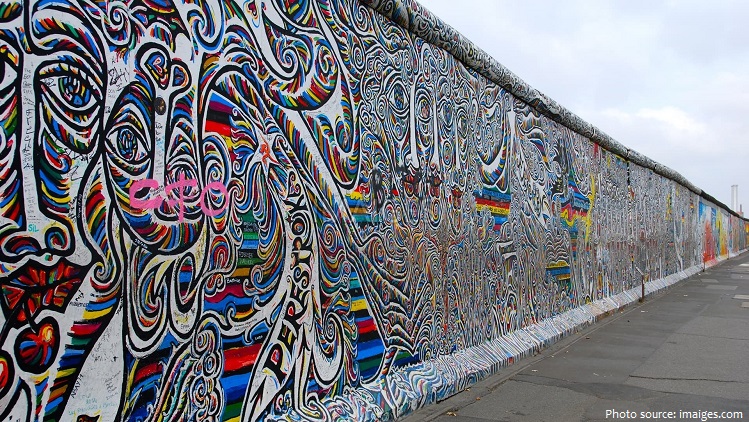 The Holocaust Memorial is a memorial in Berlin to the Jewish victims of the Holocaust. It consists of a 19,000 square meters (4.7-acre) site covered with 2,711 concrete slabs or “stelae”, arranged in a grid pattern on a sloping field. It was inaugurated on May 10, 2005, sixty years after the end of World War II, and opened to the public two days later. It is located one block south of the Brandenburg Gate. 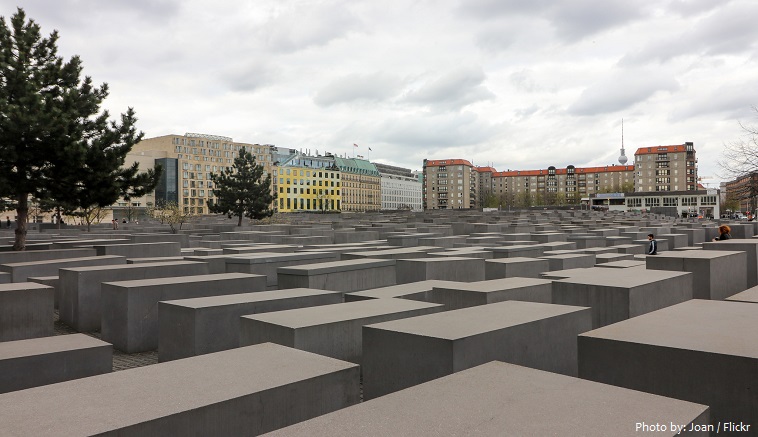 Museum Island is the name of the northern half of an island in the Spree river in the central Mitte district of Berlin. It is so-called for the complex of internationally significant museums, all part of the Berlin State Museums, that occupy the island’s northern part. In 1999, the museum complex was added to the UNESCO list of World Heritage Sites. 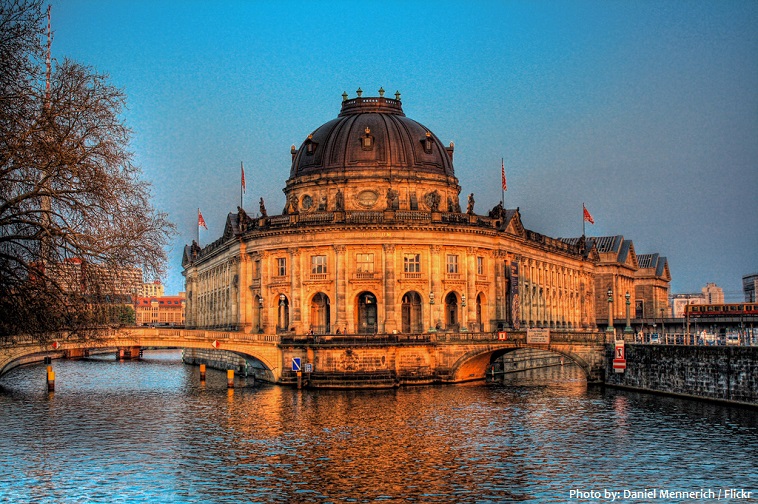 Berlin Cathedral is located on Museum Island. It has a long history starting as a Roman Catholic place of worship in the 15th century.The current building was finished in 1905 and is a main work of Historicist architecture of the “Kaiserzeit.” The Berlin Cathedral has never been a cathedral in the actual sense of that term since it has never been the seat of a bishop. 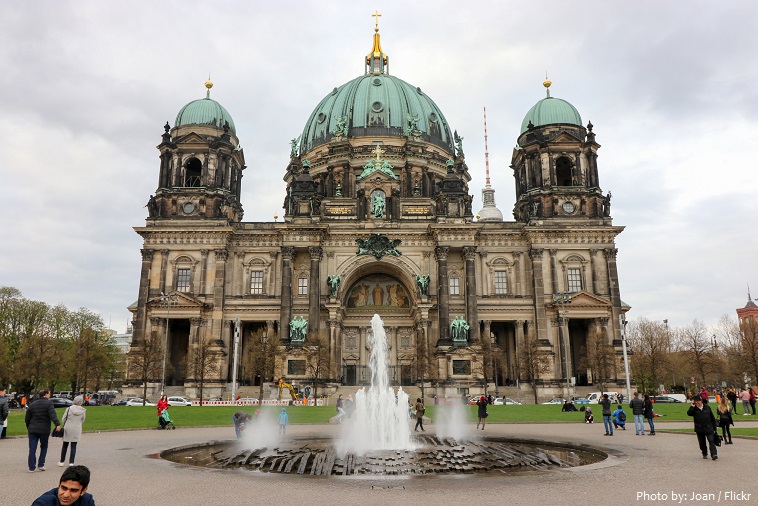 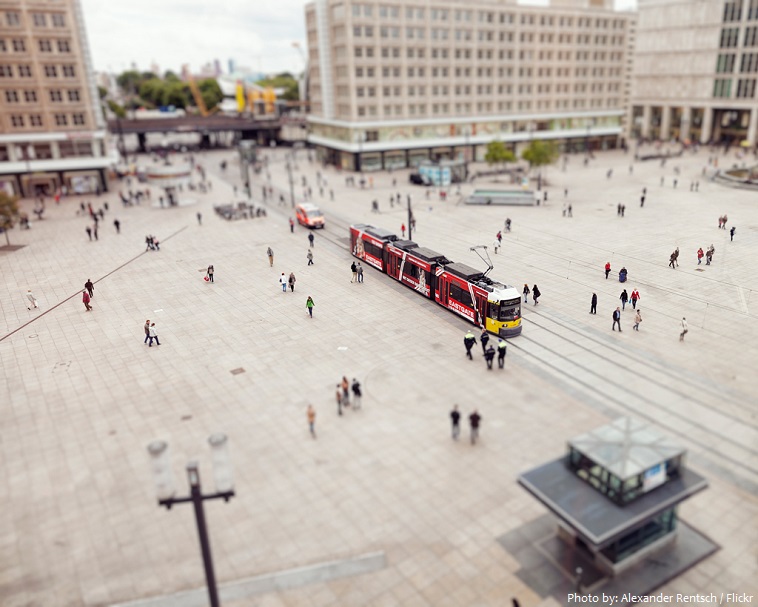 The name Berlin has its roots in the language of West Slavic inhabitants of the area of today’s Berlin, and may be related to the Old Polabian stem berl-/birl- (“swamp”).

Berlin is home to 44 theaters and stages, 7 symphony orchestras, 138 museums and more than 400 art galleries.

Young people, international artists and entrepreneurs continued to settle in the city and made Berlin a popular entertainment center in the world.

Berlin’s nightlife has been celebrated as one of the most diverse and vibrant of its kind. Clubs are not required to close at a fixed time during the weekends, and many parties last well into the morning, or even all weekend. 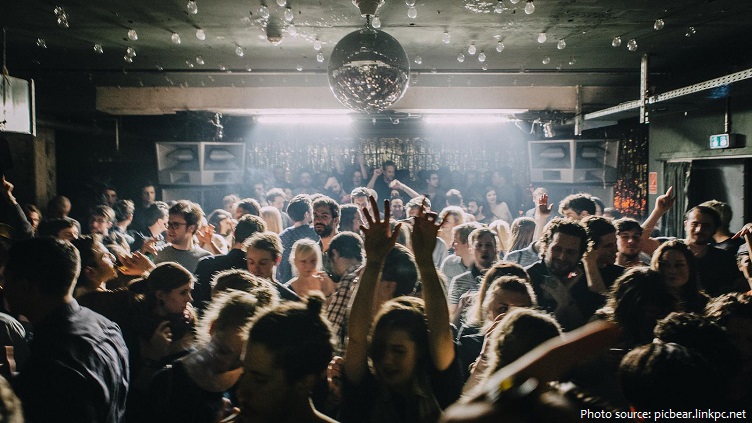 The annual Berlin International Film Festival (Berlinale) with around 500,000 admissions is considered to be the largest publicly attended film festival in the world.

The Karneval der Kulturen (Carnival of Cultures), a multi-ethnic street parade, is celebrated every Pentecost weekend.

Every year Berlin hosts one of the largest New Year’s Eve celebrations in the world, attended by well over a million people. The focal point is the Brandenburg Gate, where midnight fireworks are centred, but various private fireworks displays take place throughout the entire city.

Berlin is well known for its offerings of vegetarian and vegan cuisine and is home to an innovative entrepreneurial food scene promoting cosmopolitan flavors, local and sustainable ingredients, pop-up street food markets, supper clubs, as well as food festivals, such as Berlin Food Week.

Berlin is one of the most visited cities in Europe.

The largest visitor groups are from Germany, the United Kingdom, the Netherlands, Italy, Spain and the United States. 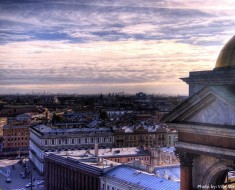 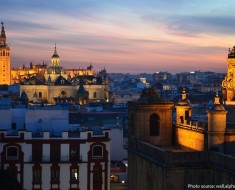 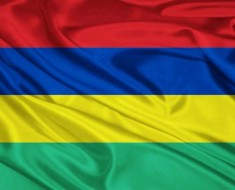 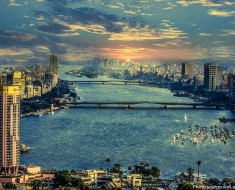 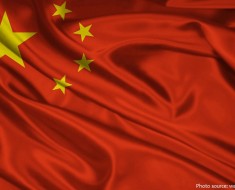 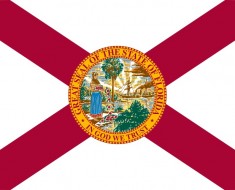