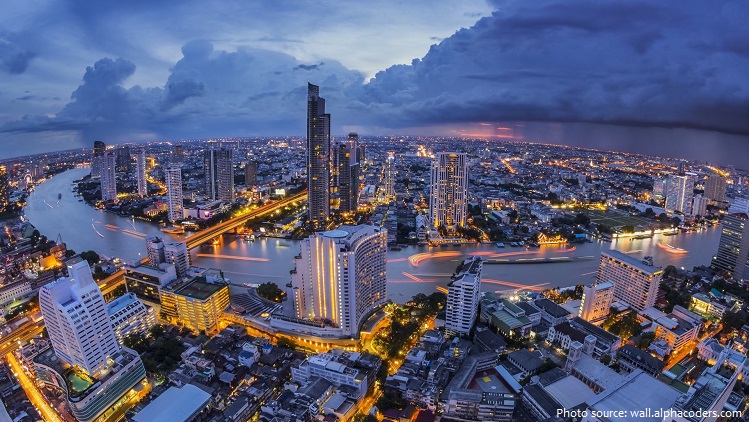 Bangkok is the capital and most populous city of Thailand.

The city is located in the chao Phraya river delta in central thailand.

As of January 2017, the population of Bangkok is 8.3 million people. 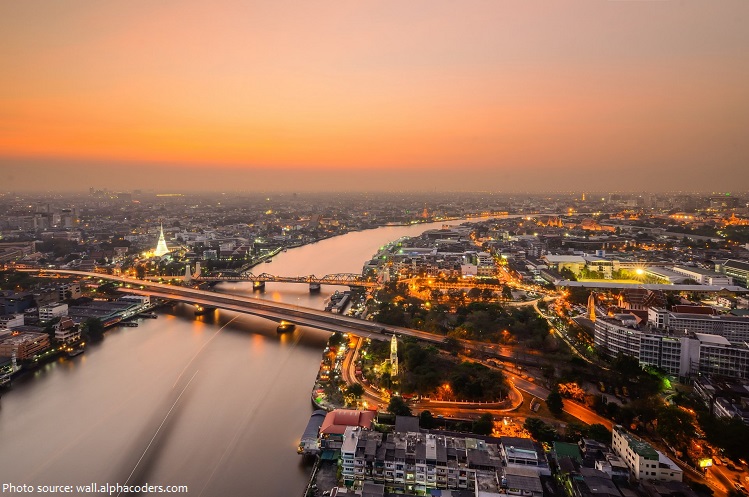 The history of Bangkok dates at least back to the early 15th century, when it was a village on the west bank of the Chao Phraya River, under the rule of Ayutthaya.

In 1767, after the Burmese sacked and burned Ayutthaya, the ancient capital of Siam (now named Thailand), the capital was moved down the Chao Phraya River to Thon Buri or Old Bangkok, on the west bank of the river.

Bangkok was at the heart of the modernization of Siam, during the late 19th century, as the country faced pressures from the West.

The Asian investment boom in the 1980s and 1990s led many multinational corporations to locate their regional headquarters in Bangkok.

Today, Bangkok is one of Asia’s most cosmopolitan cities with magnificent temples and palaces, authentic canals, busy markets and a vibrant nightlife that has something for everyone. 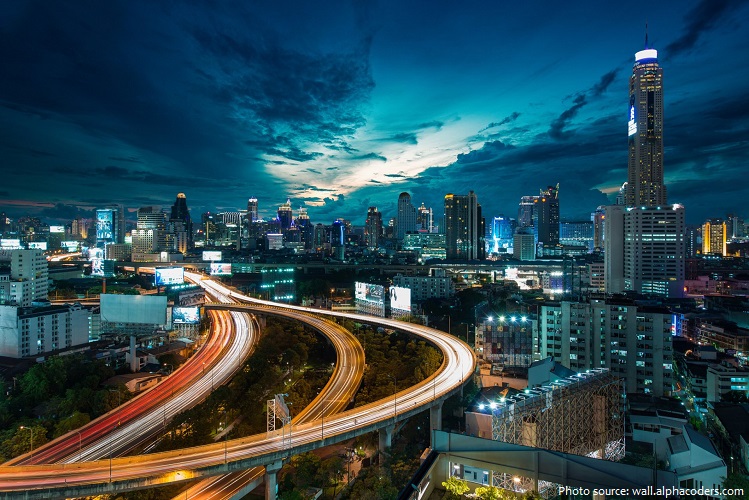 The Grand Palace is considered one of Thailand’s most important tourist sites. It is a complex of buildings at the heart of Bangkok. The palace has been the official residence of the Kings of Siam (and later Thailand) since 1782. The king, his court and his royal government were based on the grounds of the palace until 1925. Several royal ceremonies and state functions are held within the walls of the palace every year.

Wat Phra Kaew is regarded as the most sacred Buddhist temple (wat) in Thailand. It is located in within the precincts of the Grand Palace. The Emerald Buddha housed in the temple is a potent religio-political symbol and the palladium (protective image) of Thai society. 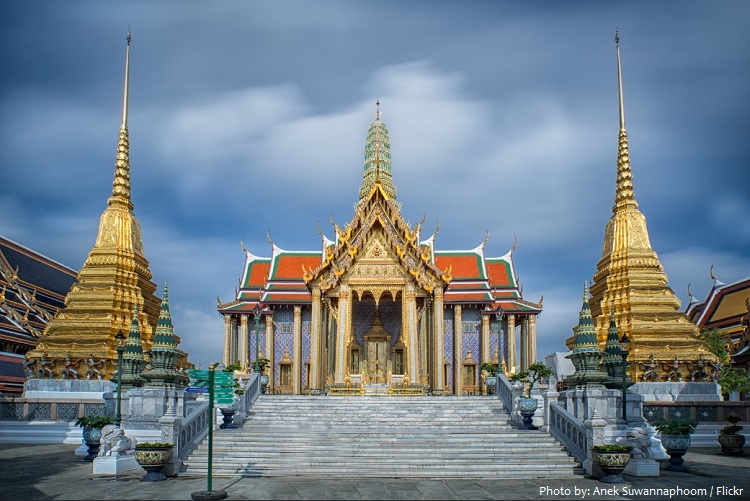 Wat Pho is a Buddhist temple complex on Rattanakosin Island, directly south of the Grand Palace. The temple is first on the list of six temples in Thailand classed as the highest grade of the first-class royal temples. The temple complex houses the largest collection of Buddha images in Thailand, including a 46 meters (151 feet) long reclining Buddha. 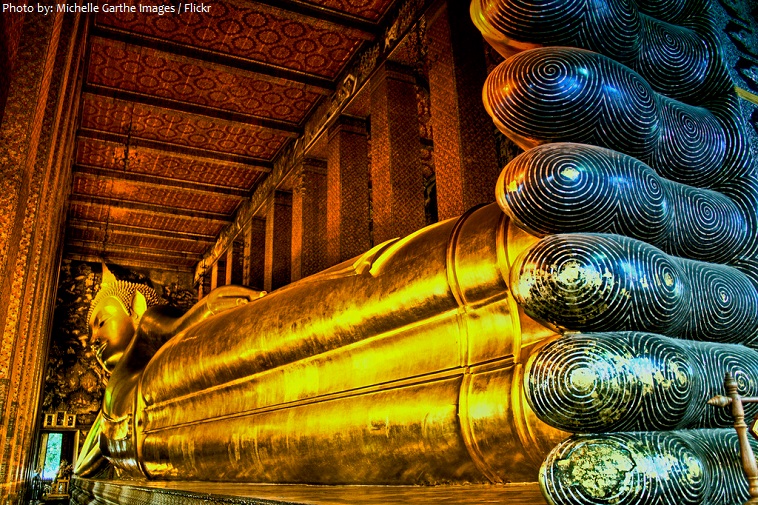 Wat Arun is a Buddhist temple (wat) on the Thonburi west bank of the Chao Phraya River. The temple derives its name from the Hindu god Aruna, often personified as the radiations of the rising sun. Wat Arun is among the best known of Thailand’s landmarks and the first light of the morning reflects off the surface of the temple with pearly iridescence. 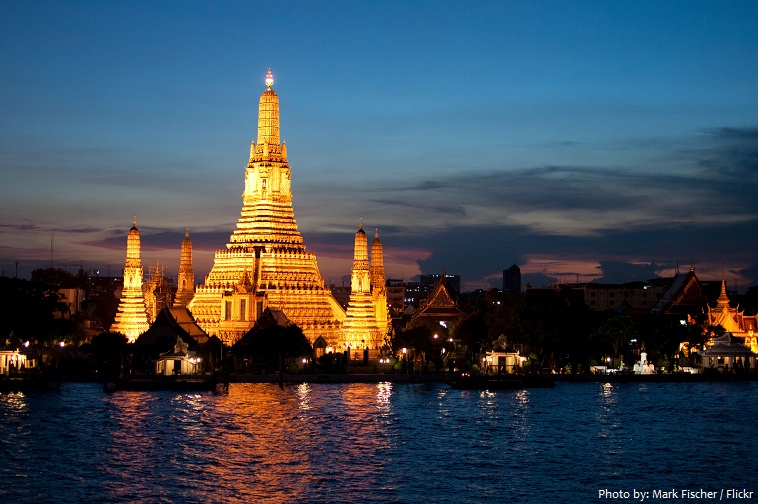 The Golden Buddha is a gold statue, with a weight of 5.5 tons (5,500 kilograms / 12,125 pounds). It is located in the temple of Wat Traimit, Bangkok. At one point in its history the statue was covered with a layer of stucco and colored glass to conceal its true value, and it remained in this condition at for almost 200 years, ending up at what was then a pagoda of minor significance. During relocation of the statue in 1955, the plaster was chipped off and the gold revealed. 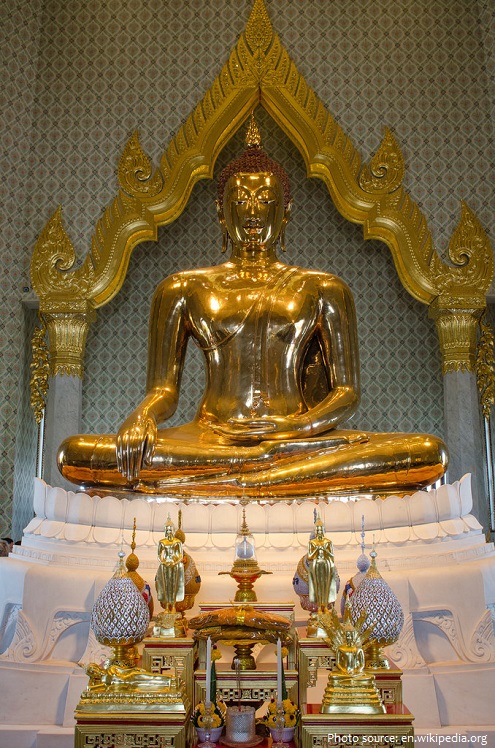 Lumphini Park is 57.6-hectare (142-acre) park in Bangkok. It is the the biggest park in the city. The park offers rare open public space, trees, and playgrounds in the Thai capital and contains an artificial lake where visitors can rent boats. Paths around the park totalling approximately 2.5 km in length are a popular area for morning and evening joggers. 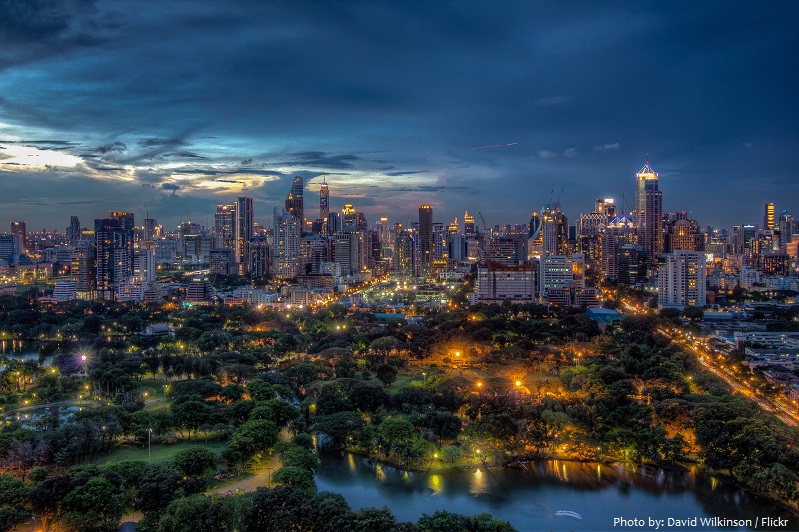 The Jim Thompson House is a museum in central Bangkok, housing the art collection of American businessman and architect Jim Thompson, the museum designer and former owner. Built in 1959, the museum spans one rectangular “rai” of land (approximately half an acre or 2023 meters). It is one of the most popular tourist destinations in Bangkok; sporting vibrant jungle foliage in the heart of the city. 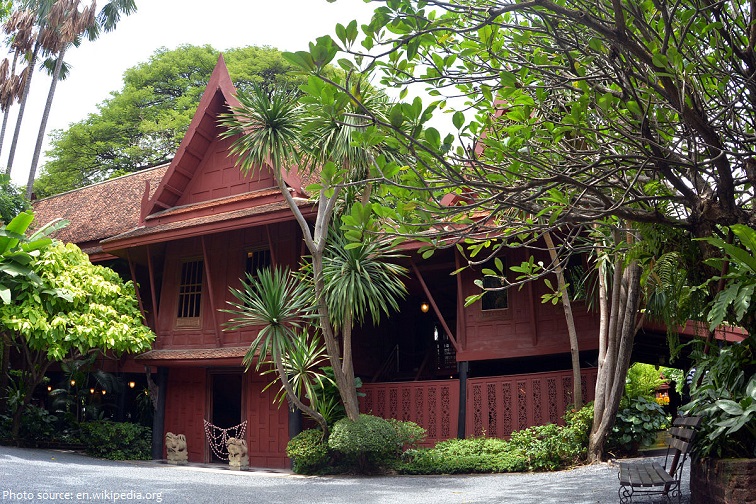 Chatuchak Weekend Market is a legend among tourists and Bangkok residents alike. It is the largest market in Thailand, by far, and one of the largest weekend markets in the world. Sometimes simply referred to as JJ (an apt abbreviation, since the “ch” sound in Thai is sometimes romanized as a “j”), it is a sprawling market that welcomes at least 200,000 people per day on the weekend. 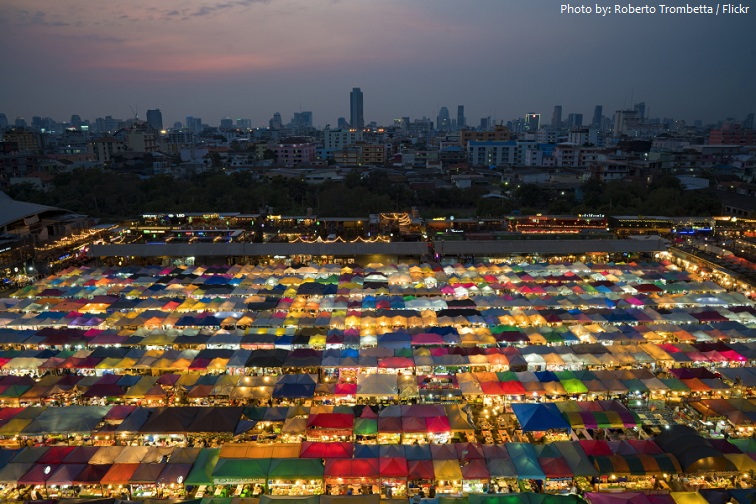 Bangkok is renowned for its street food. In fact, some of the best food in the country may be found at cornerside stalls as opposed to five star posh restaurants. There are many street food vendors and street food banquets selling their products to the locals and tourists alike, the prices are low because this is where the Thais choose to eat their meals as well. 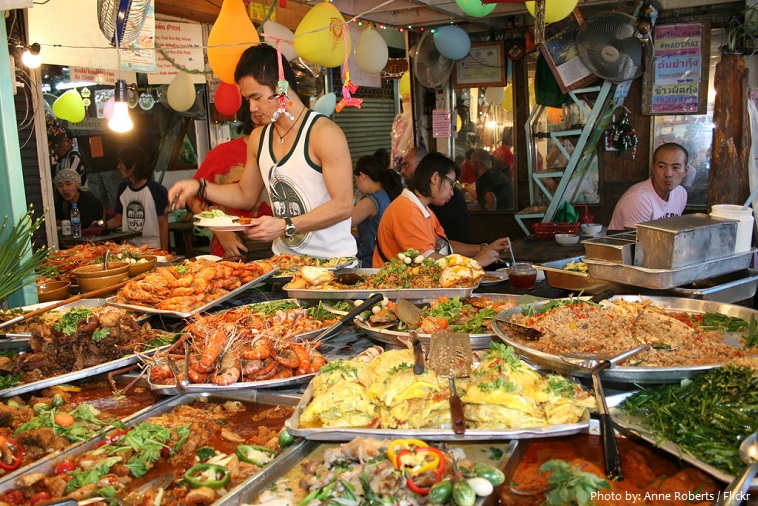 Bangkok is one of the world’s top tourist destination cities.

It is the second most visited city in 2017 with 21.2 million visitors (after Hong Kong).

Bangkok was named “World’s Best City” by Travel + Leisure magazine’s survey of its readers for four consecutive years, from 2010 to 2013. 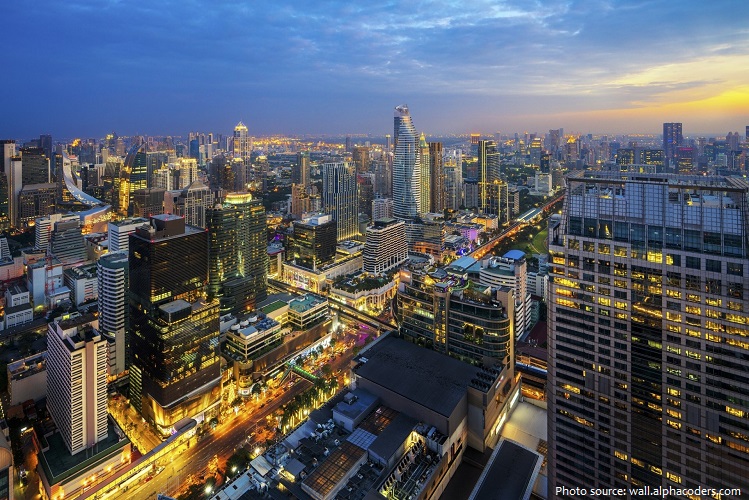 The name is listed in Guinness World Records as the world’s longest place name, at 168 letters.

The name means “The city of angels, the great city, the residence of the Emerald Buddha, the impregnable city (unlike Ayutthaya) of God Indra, the grand capital of the world endowed with nine precious gems, the happy city, abounding in an enormous Royal Palace that resembles the heavenly abode where reigns the reincarnated god, a city given by Indra and built by Vishnukarn.”

The etymology of the name Bangkok is not absolutely clear. Bang is a Thai word meaning “a village situated on a stream“, and the name might have been derived from Bang Ko, ko meaning “island”, a reference to the area’s landscape which was carved by rivers and canals. Another theory suggests that it is shortened from Bang Makok, makok being the name of Elaeocarpus hygrophilus, a plant bearing olive-like fruit.

Bangkok is fondly referred to as the ‘Venice of the East’ due to its active nightlife scene as well as having as many canals as Venice in Italy.

Bangkok’s Chinatown is one of the largest Chinatowns in the world.

According to the World Meteorological Organization stats, Bangkok is the world’s hottest city and the average air temperature throughout the year is 28°C (82.4°F) but that could rise as high as 34°C (93.2°F) between the months of March and May. 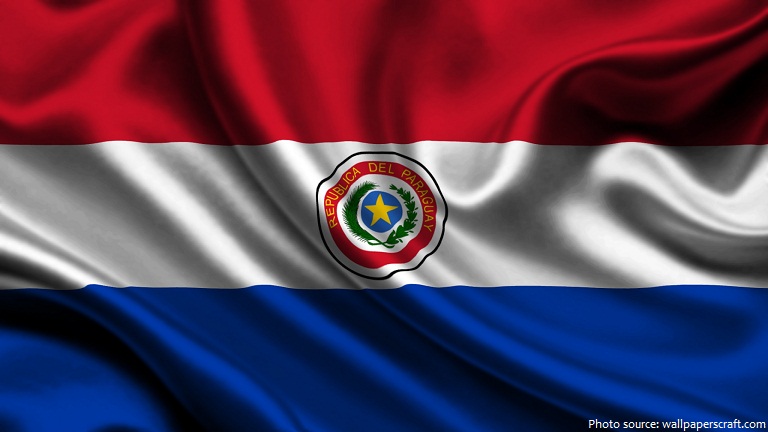 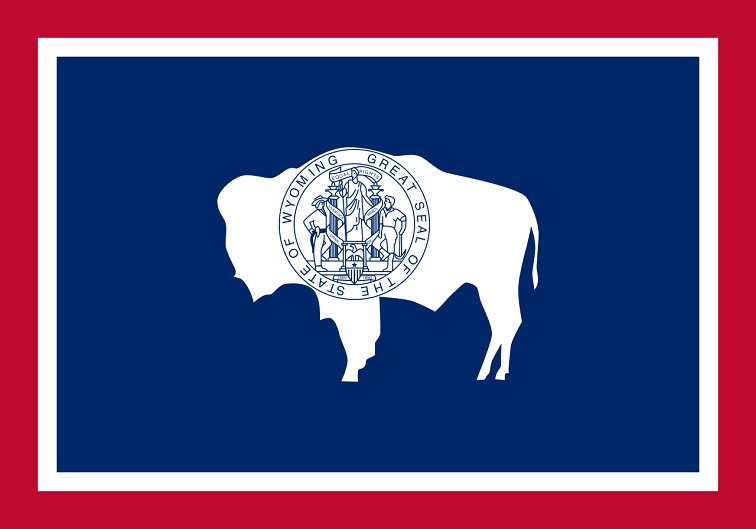 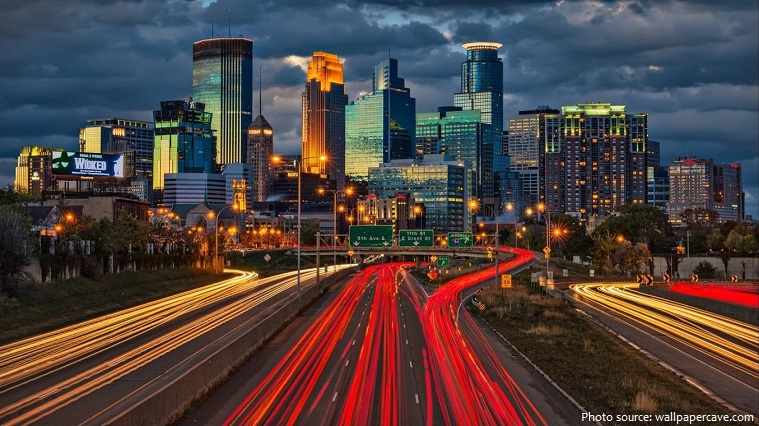