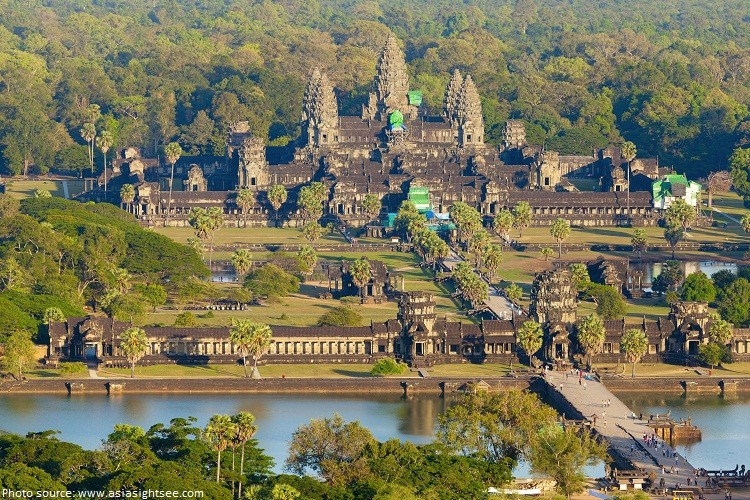 The city where the temple was built, Angkor, is located in modern day Cambodia and was once the capital of the Khmer Empire.

The temples of Angkor, crafted by the Khmer civilization between 802 and 1220 AD, represent one of humankind’s most astonishing architectural achievements.

Originally built as a Hindu temple dedicated to the god Vishnu, it was converted into a Buddhist temple in the 14th century, and statues of Buddha were added to its already rich artwork. 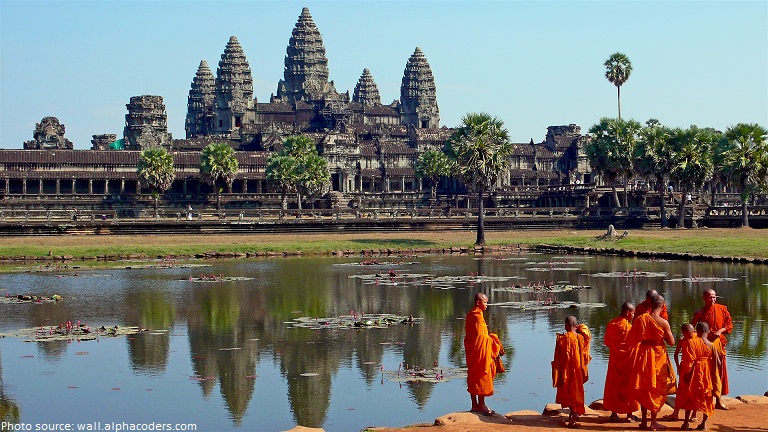 It was built to be a replica of the Universe, but done in stone. It also represents an earthly model of the cosmic world.

Its 65 meters (213 feet) tall central tower is surrounded by four smaller towers and a series of enclosure walls, a layout that recreates the image of Mount Meru, a legendary place in Hindu mythology that is said to lie beyond the Himalayas and be the home of the gods. 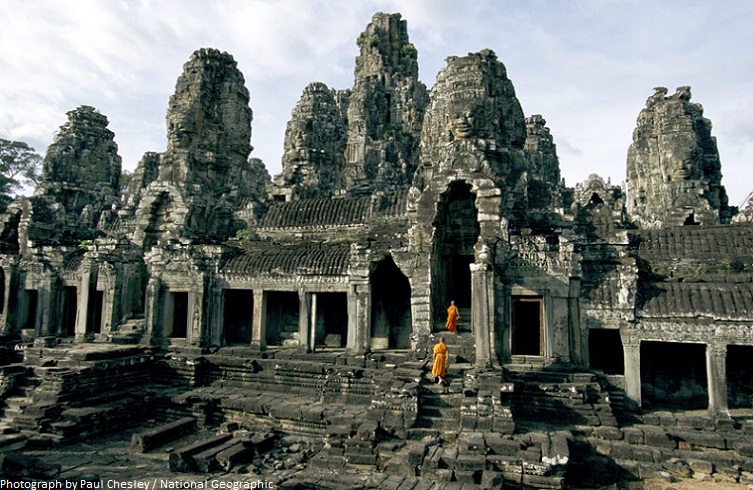 Angkor Wat’s main entrance was to the west (a direction associated with Vishnu) across a stone causeway, with guardian lions marking the way. To the east of the temple was a second, more modest, entrance.

Angkor Wat itself is surrounded by a 200 meters (650 feet) wide moat that encompasses a perimeter of more than 5 km (3 miles). This moat is 4 m (13 feet) deep and would have helped stabilize the temple’s foundation, preventing groundwater from rising too high or falling too low. 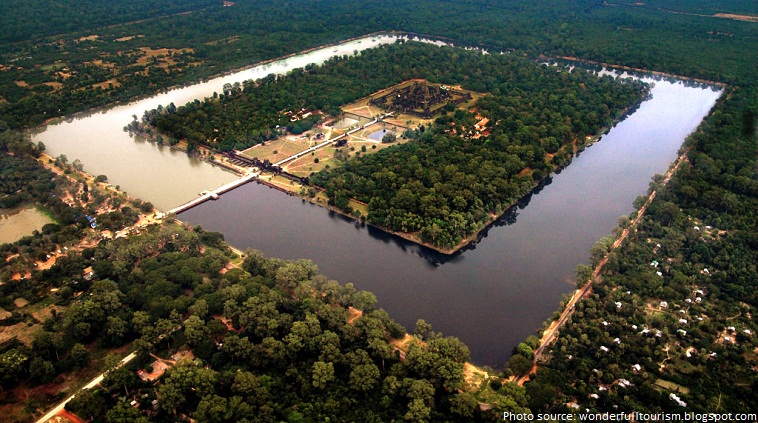 The Temples of Angkor feature a moat as their outermost boundary as water is symbolic of the Cosmic Sea, which is the source of creative energy and life for Hindus.

The decorations on the walls of the temple have a uniquely Hindu story telling characteristics. They have fables and myths pictures that tell of the temple’s origin in Hindu religion. 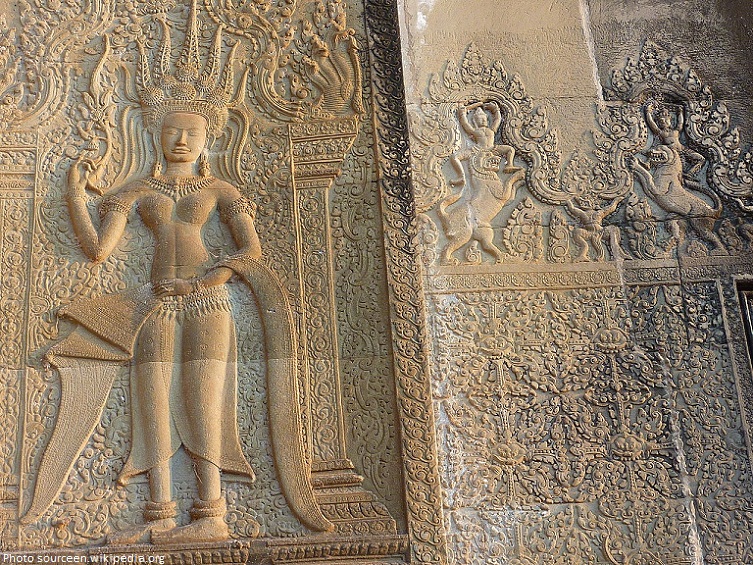 A series of enclosure walls then follow which symbolize the obstacles that need to be surpassed towards the path of enlightenment. Lastly are the towers which represent the residence of Hindu gods or a sacred intersection.

The Churning of the Ocean of Milk is one of the best episodes in Hindy mythology and appears in the Bhagavata Purana, the Mahabharata and the Vishnu Purana. The Ocean of Milk is churned by gods and demons in order to create the elixir of life, Amrta. 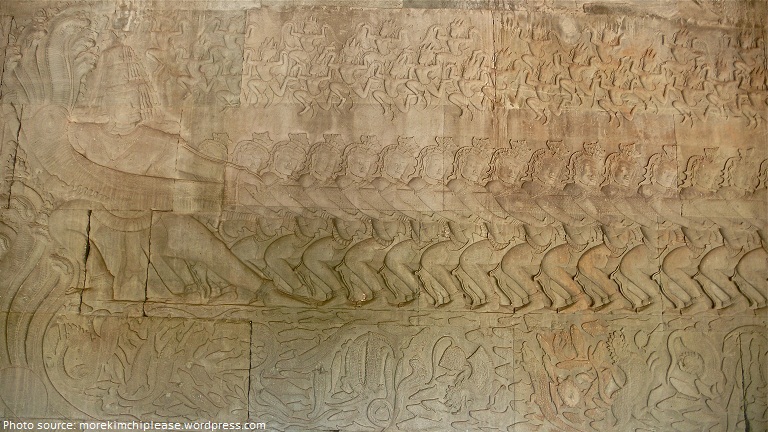 Building Angkor Wat was an enormous undertaking that involved quarrying, careful artistic work and lots of digging. To create the moat around the temple, 1.5 million cubic meters (53 million cubic feet) of sand and silt were moved, a task that would have required thousands of people working at one time.

Angkor Wat is built within Angkor which was once the capital of the Khmer Empire. In the past, the population within the city is said to have reached one million. That figure makes it the largest city in the world before the Industrial Revolution.

In recognition of the important part it played in both the Hinduism and Buddhism, UNESCO declared it a World Heritage Site in 1992. 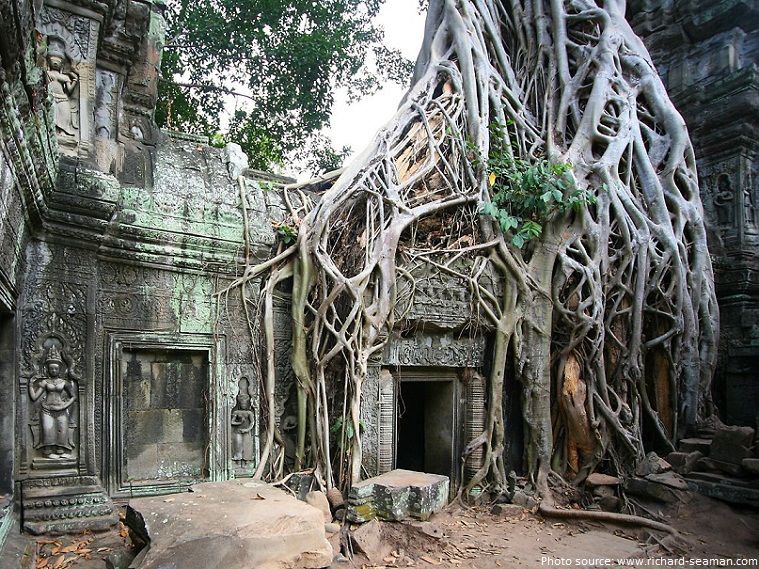 50% of international tourists visit Cambodia to see this religious monument. As if to show how proud they are of their heritage, the monument is featured on their national flag. 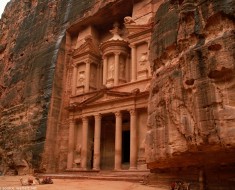 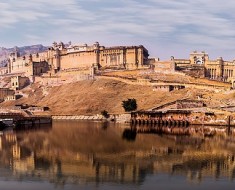 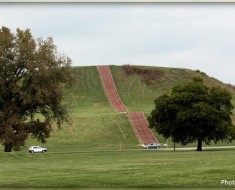 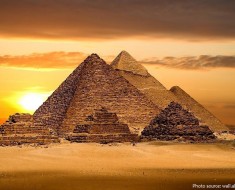 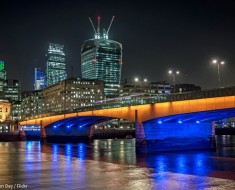