The American badger is a species of badger native to North America.

It is the only New World species of badger.

The American badger is found in the western and central United States, northern Mexico, and south-central Canada to certain areas of southwestern British Columbia. 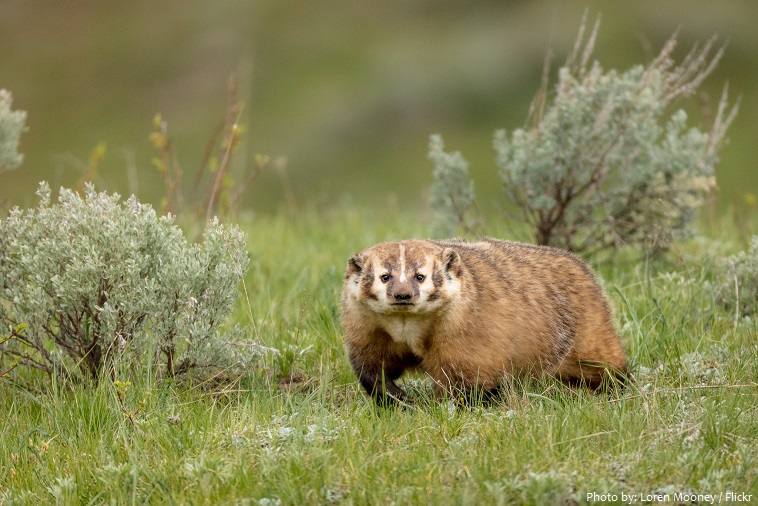 They are found in a wide range of altitudes, from alpine meadows to below sea level in Death Valley.

The average lifespan in the wild is 9 to 10 years, with a record of 14 – in captivity individuals may live up to 26 years. 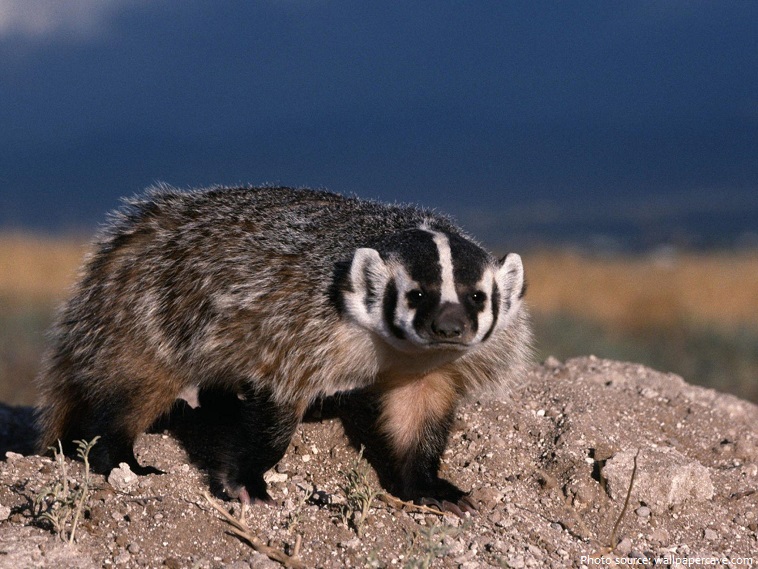 The fur on the back and flanks of the animal ranges from greyish to reddish. The underside is a buff color. The throat and chin are whitish, and the face has black patches with a white central stripe, which extends back over the head from the nose.

They have short, powerful legs, strong—yet sensitive—paws, and long claws, all of which help them with digging their prey out of burrows and excavating their own burrows.

American badgers have keen vision, scent, and hearing. They have nerve endings in the foreclaws that may make them especially sensitive to touch in their forepaws. 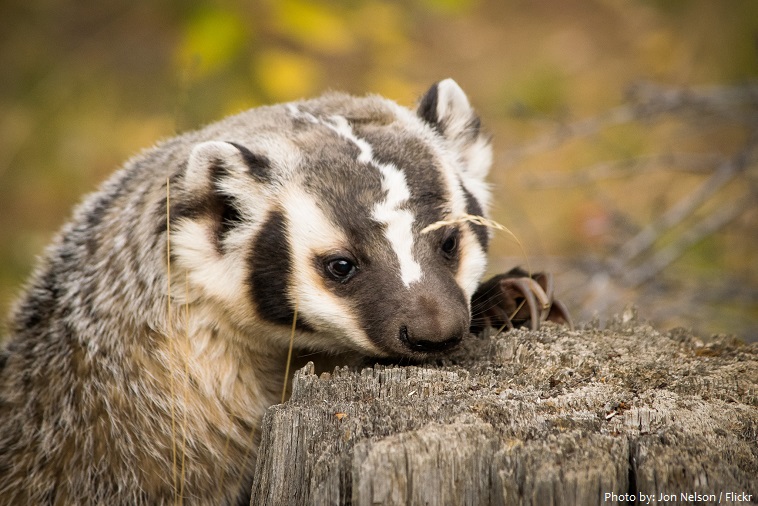 They may be active at any time, but they are mostly nocturnal. When not active, they tend to stay in their burrows.

Unlike many carnivores that stalk their prey in open country, American badgers catch most of their food by digging. They can tunnel after ground dwelling rodents with amazing speed. They have been known to cache food. 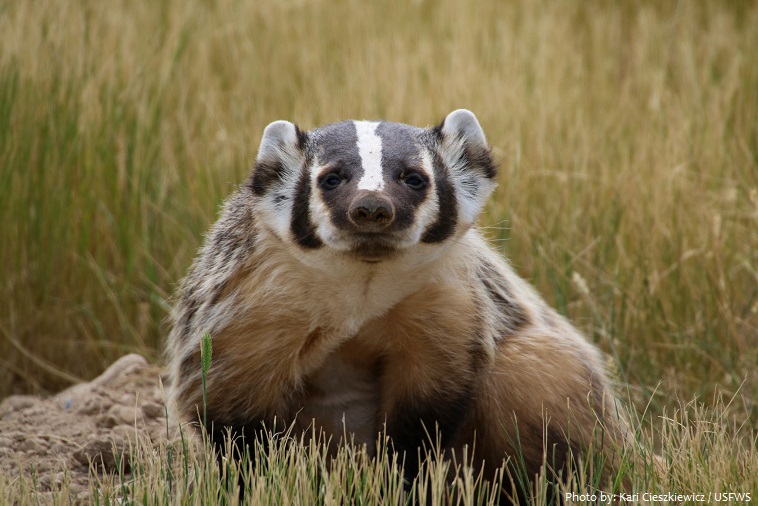 During the winter they sleep underground for long periods. They do emerge from their burrows when the temperature is above freezing.

American badgers are solitary animals except during the breeding season.

Mating occurs in late summer and early fall. Young are born from late March to early April in litters ranging from 1 to 5 young, averaging about three. American badgers are born blind, furred, and helpless. Eyes open at four to six weeks. The female feeds her young solid foods prior to complete weaning, and for a few weeks thereafter. Young American badgers first emerge from the den on their own at five to six weeks old. 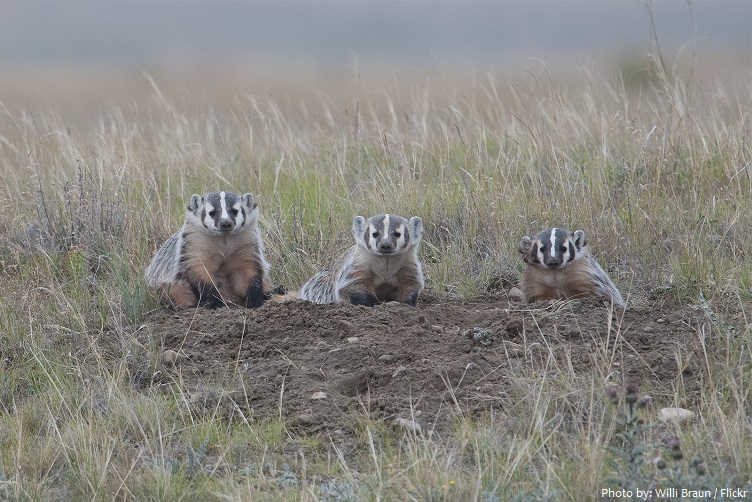 American badgers are trapped by humans for their pelts. Their fur is used for shaving and painting brushes.

The American badger is a member of the Mustelidae, a diverse family of carnivorous mammals that also includes weasels, otters, ferrets, and the wolverine.

In Mexico, this animal is sometimes called tlalcoyote. The Spanish word for badger is tejón, but in Mexico this word is also used to describe the coati. This can lead to confusion, as both coatis and badgers are found in Mexico.